Line of Duty season five concludes tonight (Sunday, May 5) at 9pm on BBC One. For the past two seasons, Kate Fleming (played by Vicky McClure) and Steve Arnott (Martin Compston) have been trying to decipher who H really is. Hopefully, viewers will finally find out his or her true identity tonight.

Will we find out who H is?

At the moment it is unclear whether viewers will find who H is tonight.

Over the past five episodes, viewers at home and the characters have been trying to expose H’s true identity, so fingers crossed the real H is unveiled tonight.

The synopsis for the season five finale is also not giving too much away either.

The synopsis simply reads: “In a nail-biting 90-minute finale, Hastings’ (Adrian Dunbar) secrets are laid bare. Will ‘H’ be revealed at last?”

Speaking on This Morning, Rochenda Sandall who plays Lisa McQueen teased that the identity of H may not even be revealed in the season five finale.

She said: “It will certainly have some form of conclusion but as I’m sure you’re all well aware, there’s still another series to go and there are lots of details.” 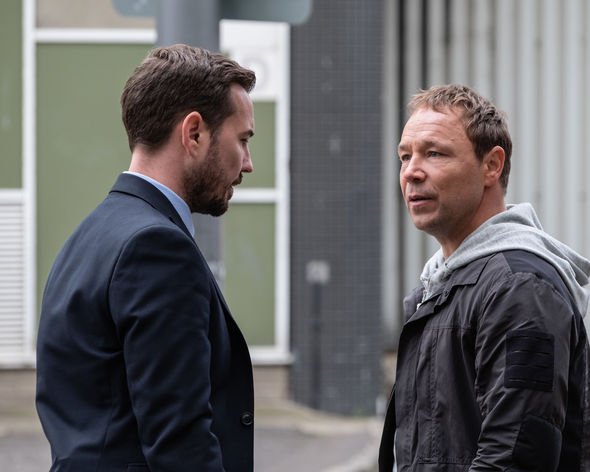 H is the supposed leader of the OCG, who viewers have never heard or met.

At the end of season three, Matthew Dot Cotton (Craig Parkinson) was uncovered to be the bent copper The Caddy.

In his dying declaration, Dot told Kate the first letter of the corrupt officer leading the OCG.

In season five, episode three Corbett also revealed he seemed to know who H was.

H must have access to AC-12 intelligence, so the OCG can continue to subvert and manipulate the anti-corruption unit.

IS TED HASTINGS BEING FRAMED? 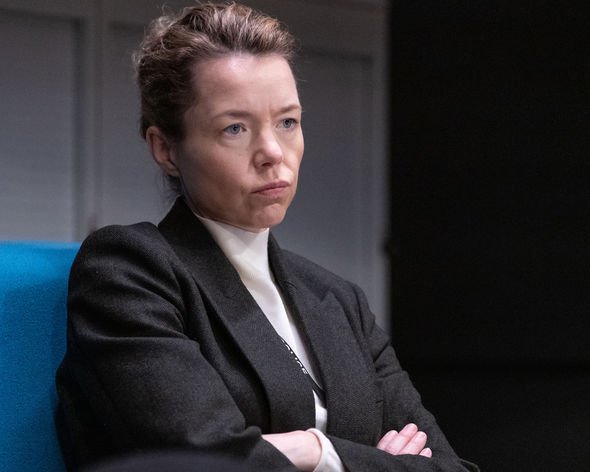 Hastings was arrested in episode five of season five, but fans are not entirely sure he is the man behind the OCG.

Professor Melinda Brown of Birmingham University gave her opinion on who H could be.

She said: “Is ‘H’ a person, a group, a place, an organisation? Or something completely different? The show’s writer, Jed Mercurio, is a crime drama genius so this one has got to be one of the toughest riddles to solve. My attempts to figure this out have involved – among other things – going right back to basics, to the letter H itself and exploring its significance.

“As a Scrabble nut, I know that H is worth four points. Still no clue. The internet tells me that it’s the 8th most common letter in the English language.

“That’s probably not helpful either. The reason it’s so common is because it’s often paired with other letters like ‘wh’, ‘ch’, ‘gh, ‘sh’. Maybe there’s something in this, maybe ‘H’ isn’t an all-powerful individual, maybe there’s a partner in crime?

“Another interesting fact about the letter H is that when you explore the earliest recorded alphabets, letters were often used to symbolise or depict something they represent.

“Apparently, according to scholars of Proto-Semitic language, the letter H was also the word for fence, given that it resembles part of a fence.

“Fence is also the word for someone who buys goods they know to be stolen in order to sell them for profit. Given DCS Hargreaves’ involvement in the raid at Eastfield Police Storage Facility, maybe he was ‘H’ after all. 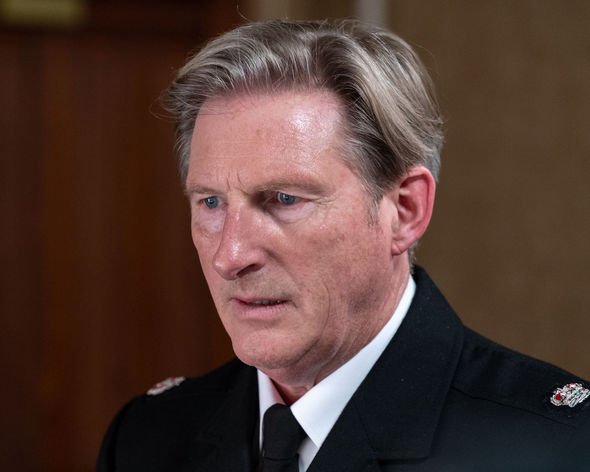 At the moment there are three people who are suspected to be H.

Biggeloe is the bookies favourite to be revealed as H in the Line of Duty finale.

Coral spokesperson Harry Aitkenhead said: “The whole series has been leading up to this weekend and it’s sure to be a dramatic finale.

“Ted is under pressure but we don’t make him the favourite to be H and he’s much more likely to be cleared of all charges.

“A lot of fans are convinced it’s Gill and she is the hot favourite in the betting too.”

Fans have a good reason to suspect Gill as she is always there when Ted Hastings visits his bosses, but it is never revealed why.

Viewers last saw Gill in season three as a lawyer, so why exactly is she back on the scene? It would be a huge twist if H was not a senior police officer as suspected.