Line of Duty season five, episode six airs tonight (Sunday, May 5) at 9pm on BBC One. You can watch the episode as it airs on BBC or you can stream the finale via BBC iPlayer. Legal counsel Gill Biggeloe (played by Polly Walker) is back on the scene and many find her activities very suspicious.

Gill Biggeloe is one of the main ‘H’ suspects in Line of Duty season five.

Perhaps ‘H’ was actually a woman all along and H meant “her.”

The fact people and AC-12 have assumed H was a man all along would have allowed Gill to go under the radar as the leader of the OCG.

On the other hand, a widely-circulated theory is that corrupt cop Matthew “Dot” Cottan (Craig Parkinson) died before the inspectors reached the letter G as interviewed the corrupt police officer in his dying breaths at the end of season three.

Instead, he blinked at the letter H as the initial of the first name of the OCG leader by accident. 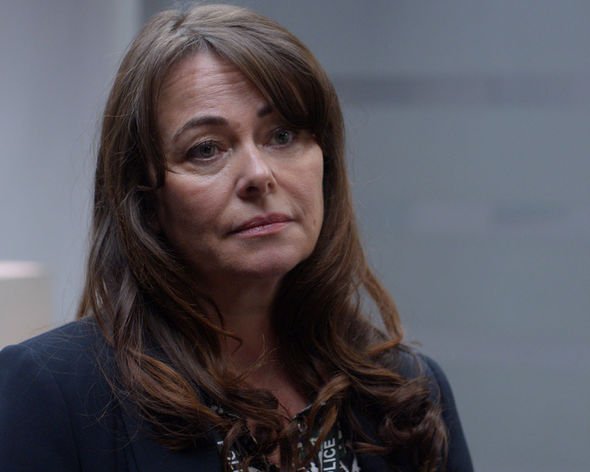 Senior legal counsel Gill returned in season five and has been trying to undermine Ted Hastings’ (Adrian Dunbar) unit ever since.

Back in season three, she was responsible for trying to prevent AC-12 from catching bent cops and even gave Hastings evidence with key information removed.

Eagle-eyed fans have been circulating theories on Reddit about Gill’s involvement in the OCG.

Another fan suspected that the reason Gill was demanding Corbett (Stephen Graham) re-arrested was because he was getting close to discovering that she was H.

HOW LONG IS THE LINE OF DUTY FINALE? 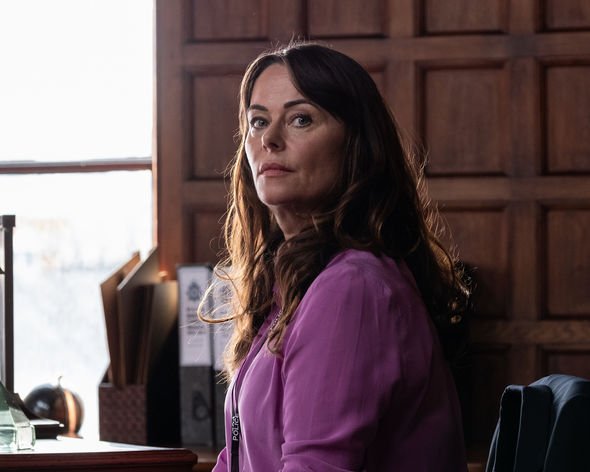 Gill is also romantically involved with Superintendent Hastings, who many suspect to be the real H.

Is she getting close to Hastings to protect her real identity as the OCG leader or is she trying to frame Hastings?

Lecturer in Criminology at Birmingham City University, Melindy Brown, thinks that investigating a connection with the letter H could be leading us askew. “After a lot of deliberation, of which I am sure may change as I continue to debate with myself, I am somewhat convinced that ‘H’ is a red herring.

“Could it be that Kate mistook H for G, leading us all down the wrong path? It is with this idea in mind that I suspect ‘H’ to actually be ‘G’ – G for Gill Bigelow. Considering she is not a police officer, would her being the ‘H’ we’re after not add to a greater shock factor for the large body of viewers?

“I suspect Gill is framing Ted Hastings, and her position as a Senior Legal Counsel provides her with the potential knowledge pool to do so. After a series of wrongdoings by Ted, could it be that Gill is seeking her revenge, in one of the most scandalous of ways?”

WILL WE FIND OUT WHO H IS? 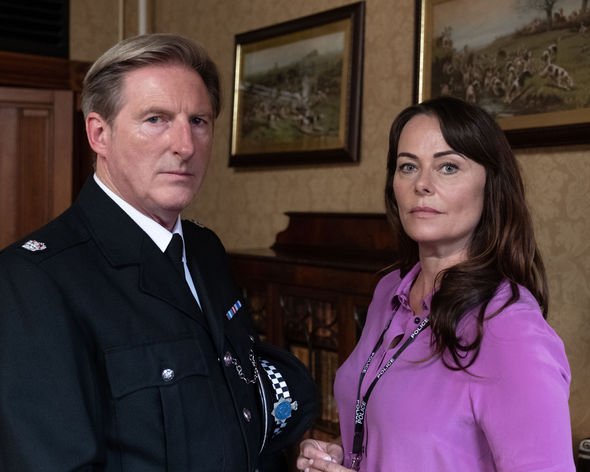 Gill is the favourite amongst the bookies to be named as H in tonight’s episode.

At Coral and Ladbrokes, Gill has odds of 2/1 to be revealed as H.

Coral spokesperson Harry Aitkenhead said: “The whole series has been leading up to this weekend and it’s sure to be a dramatic finale.

“Ted is under pressure but we don’t make him the favourite to be H and he’s much more likely to be cleared of all charges.

“A lot of fans are convinced it’s Gill and she is the hot favourite in the betting too.”

Line of Duty airs tonight at 9pm on BBC One