LOOSE Women star Nadia Sawalha broke down in tears in the street after a public spat with her sister Julia.

The 54-year-old was spotted looking distressed after a tense phone call while out and about in London earlier today. 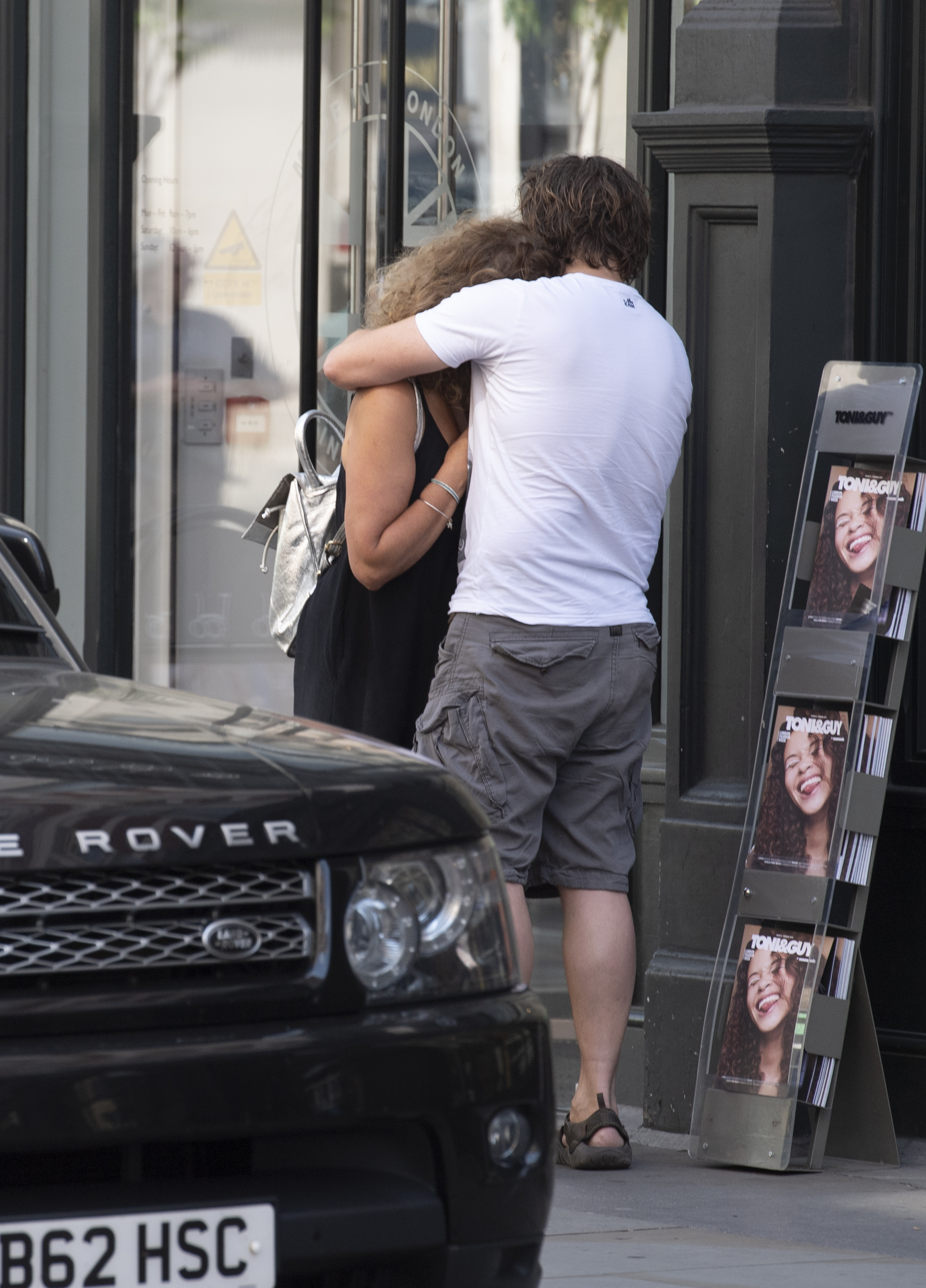 Dressed in a black summer dress, she chatted on her mobile before seeking comfort in the arms of her husband of 17 years, Mark Adderley.

The emotional display comes amid an intense family feud with Julia, 50, which kicked off after Nadia said that they had a "really volatile relationship" while on Loose Women, adding that they have had endured long periods of time where they didn't speak.

"So we've always had periods of time in our life where we don't speak. I always say I have the best time or the worst time of my life with her. It's the same with both my sisters." 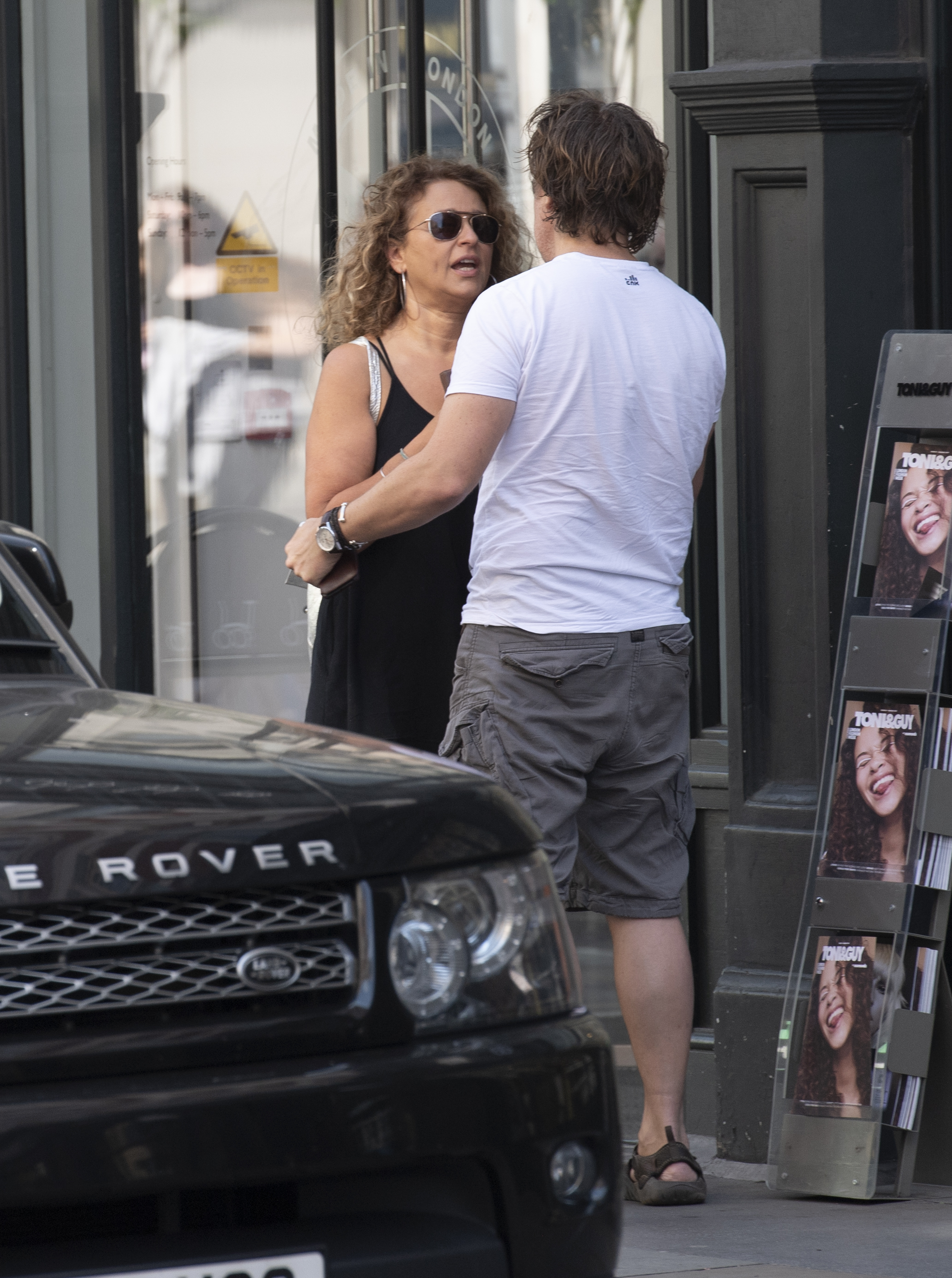 Julia retaliated on social media, accusing the star of "destroying" their family.

She tweeted: "So tired of #NadiaSawalha talking about our 'stormy' relationship which she created.

"I've kept my privacy for six years to protect my family, whilst she talks lies and rubbish.

"You have destroyed our family, so don’t sit on TV with your fake tears to gain sympathy and attention." 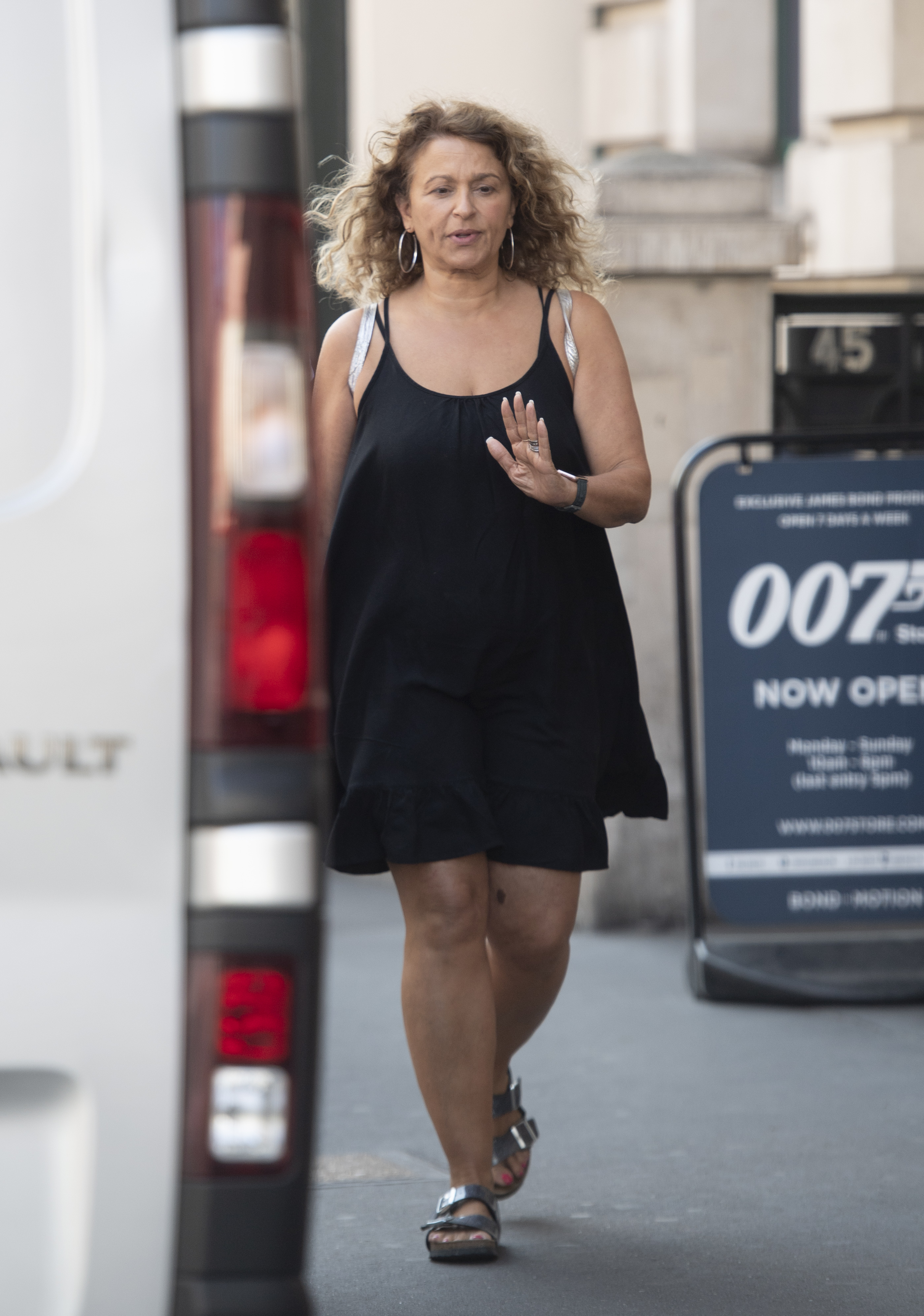 The Absolutely Fabulous actress has been inundated with messages of support from her fans, and Julia has seemingly shown her agreement with some of the nasty comments about Nadia by "liking" the public remarks.

One tweet read: "What I've learnt with family is you can never compete with liars, they just don't have moral controls and trample over you!

"You're in charge of your life and you know your truth."

The latest tensions come almost two decades after the sisters had a bitter bust-up over Julia's then-boyfriend, Alan Davies. 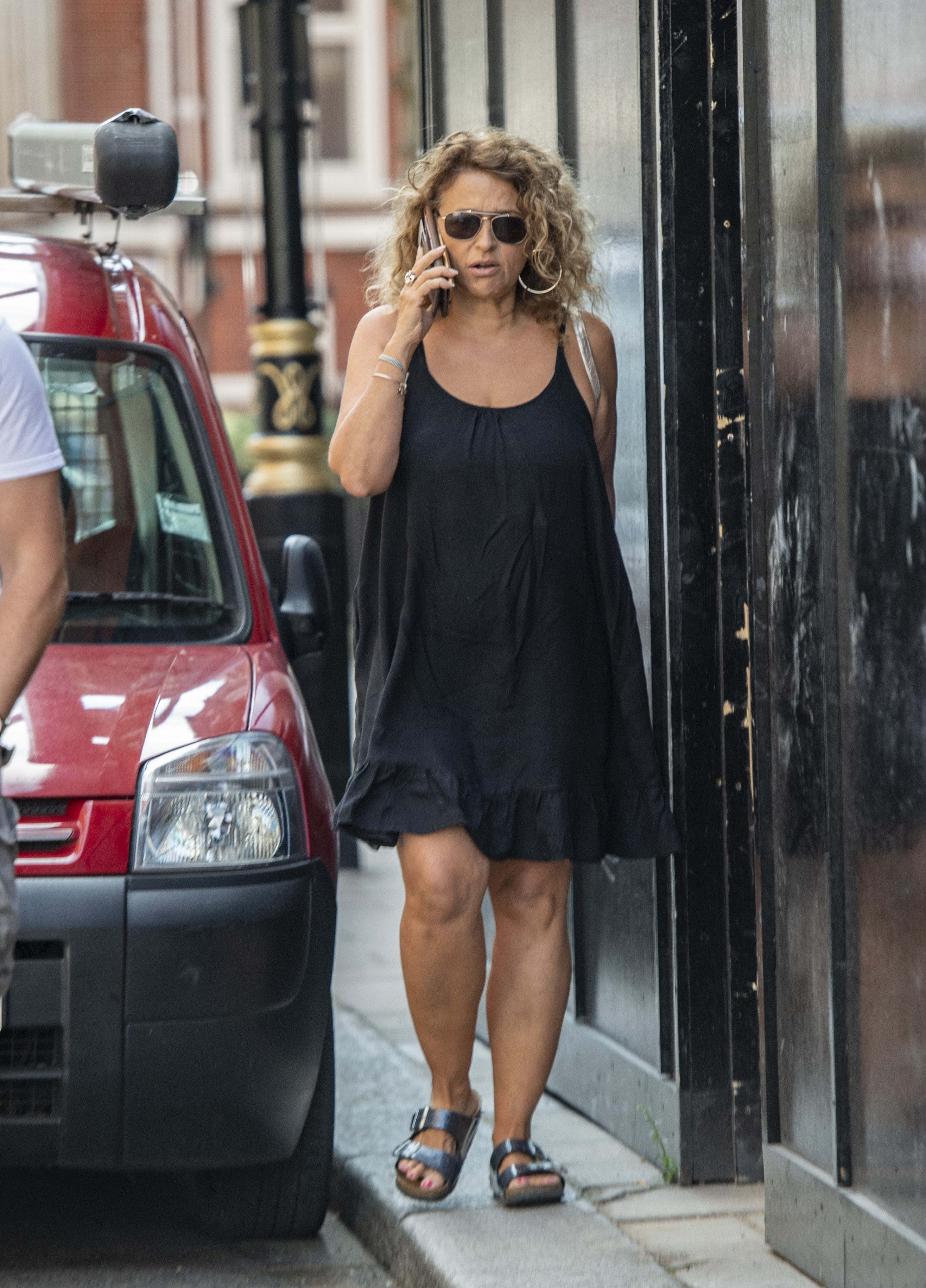 Nadia publicly branded the comic "a miserable git" when he complained about photos of him at her wedding appearing in a magazine.

The star said at the time: "I’ve never liked one of Julia’s boyfriends yet. For a comedian, he’s a miserable git.

"We’ve had some rocky times, but the culprit has always been men."

Another said: "Leave her [Nadia] to be bitter on TV and carry on with your life behind the scenes, knowing what the truth is!" 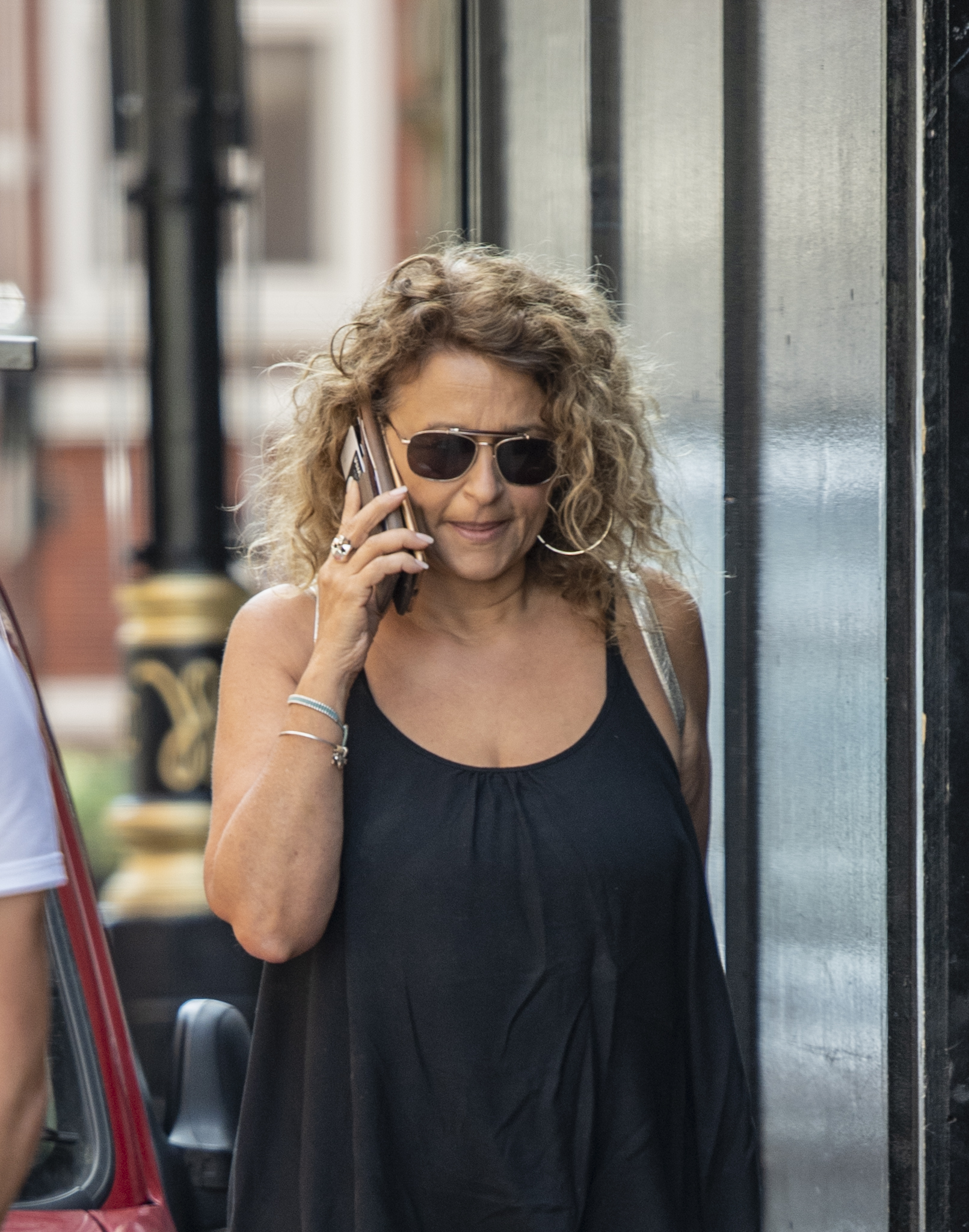 She and Julia didn't speak for almost two years after that, only patching things up after Julia and Alan split in 2004.

But the difficult relationship between Nadia and Julia appears to stem back to childhood, with Nadia previously explaining that trouble began for her soon after her younger sibling was born.

She recalled: "When my mum had Julia, I was so excited I kept wanting to pick her up and cuddle her. My mum, who was a bit postnatal, got scared and sent me to her mother’s.

"Julia was a beautiful baby and everyone was crazy about her, so my sister Dina and I were a bit jealous. 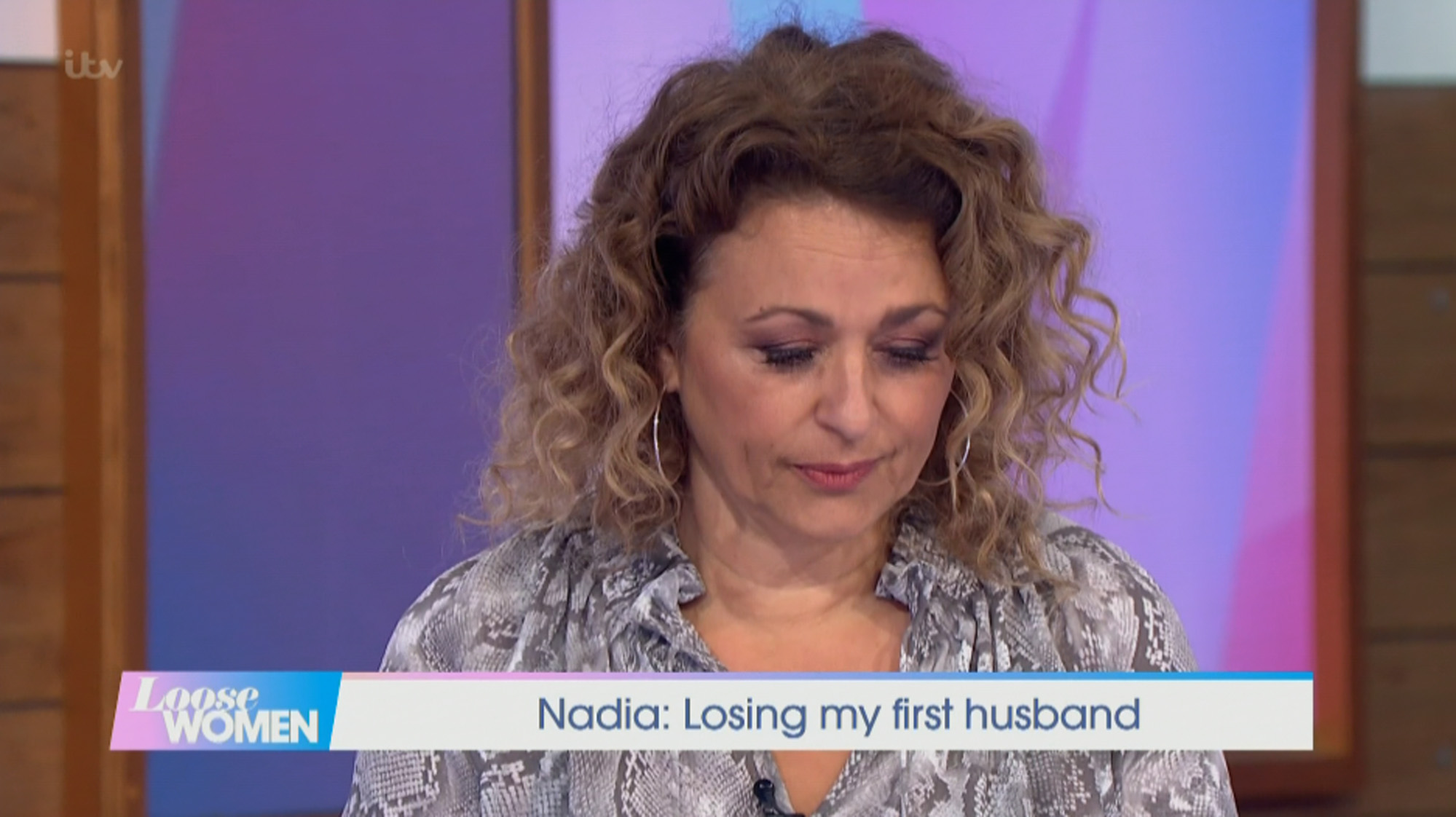 "And as she grew up she was very much ‘Daddy’s little girl’."

Julia has also spoken out about their relationship in the past, saying in 2007: "There have been moments in my life when I’ve had the love I wanted from her. But there were also times when she’d keep me at a distance."

She added: "I remember being about four and my mum reading me a story when Nadia screamed.

"She’d stood on a piece of wood and a nail had gone through her foot. 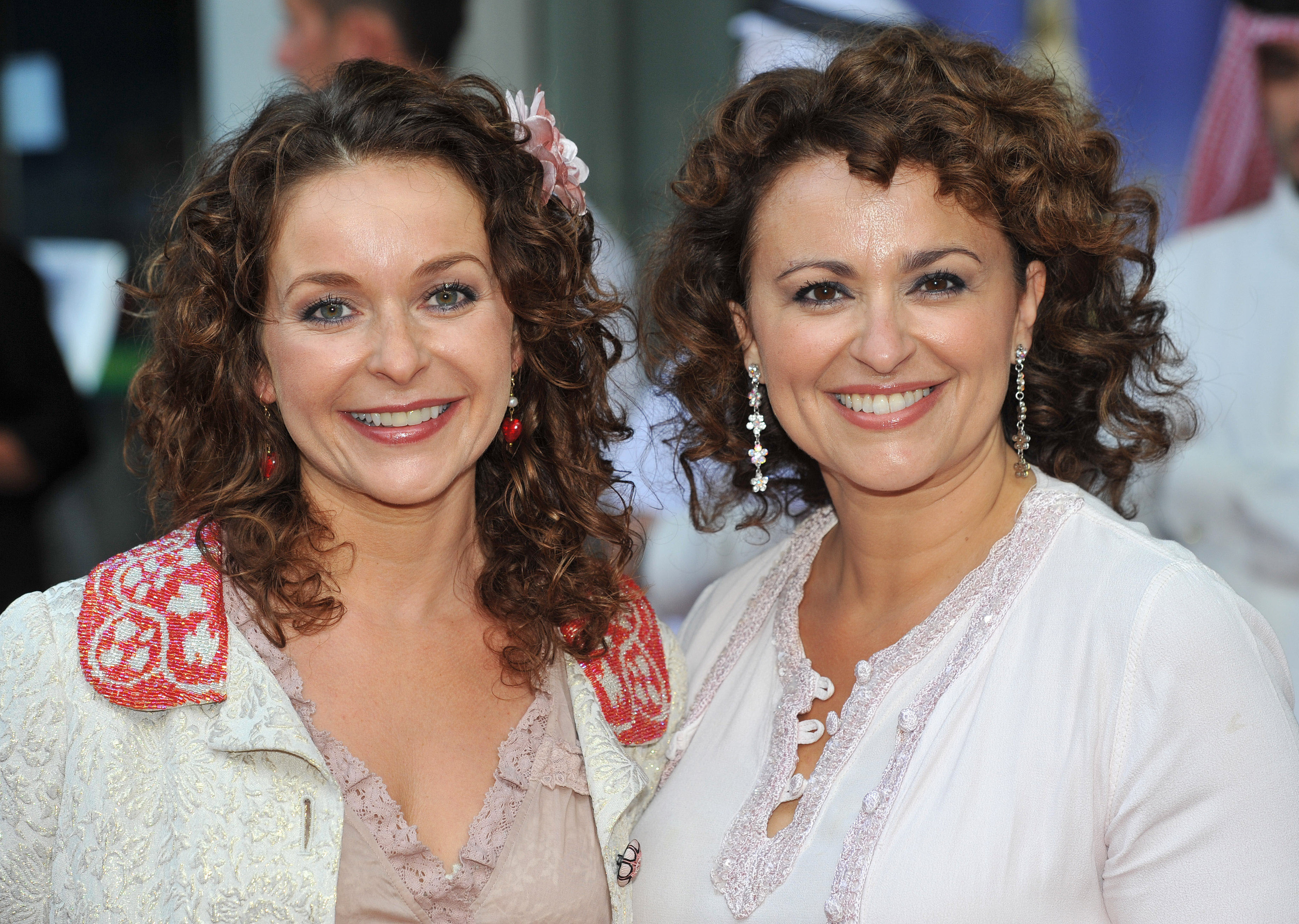 "We had to go to hospital, and I remember thinking, ‘She did that on purpose because I was having a story read to me’. How awful!

"I've always wanted Nadia’s approval, but as the years went on I got tired of her bossing me around."

The pair had several spats throughout the years, with Nadia also admitting that she felt "insecure" when she landed a role in EastEnders only for everyone to accidentally call her by her actress sister's name.