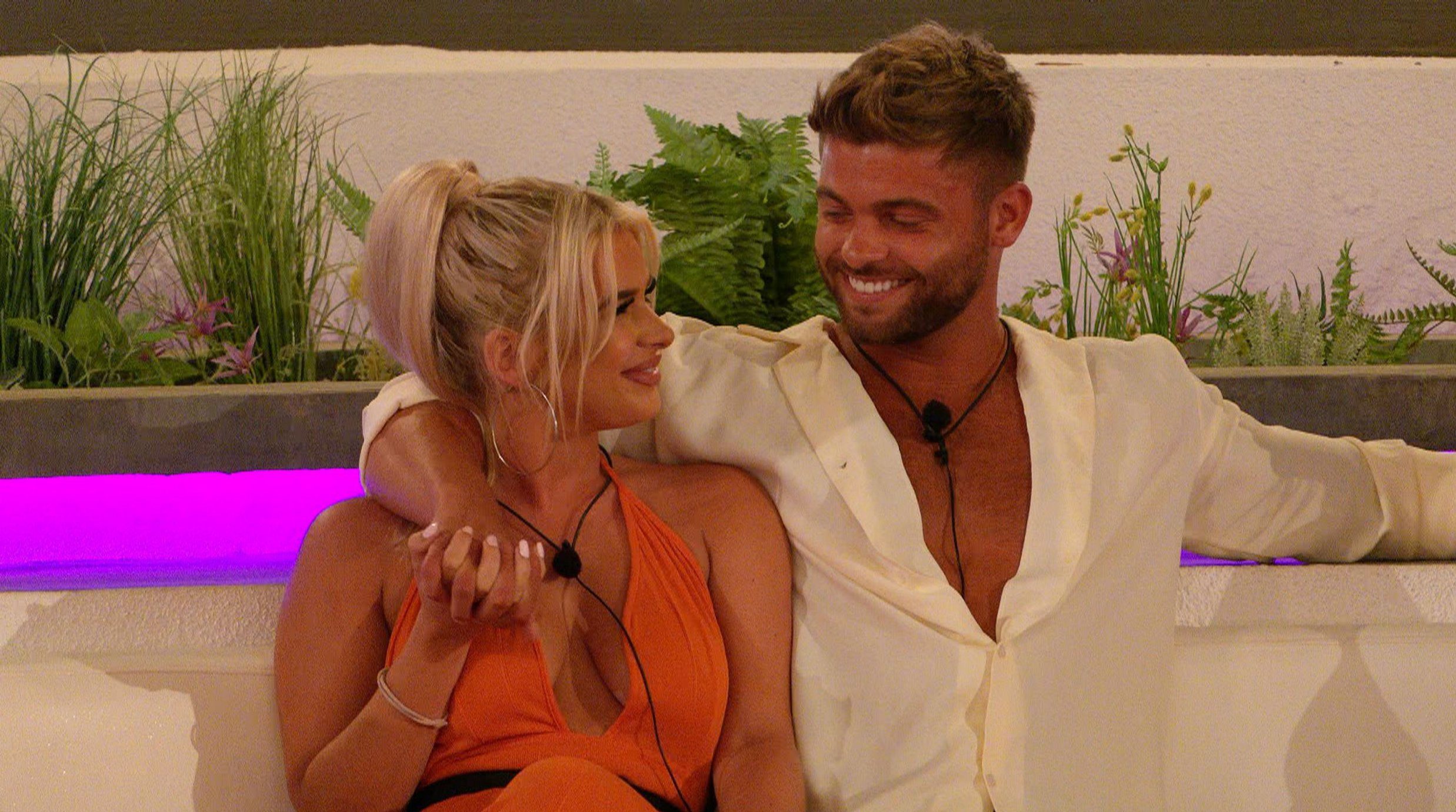 There are four Love Island couples at risk of being dumped from the villa after a shock vote in Sunday night’s episode.

All of the islanders were tucking into a romantic three course meal cooked by the boys’ fair hands when a surprise text put them off their dessert.

They were told that each of the islanders had to vote for the couple they found least compatible, and they were not allowed to chat to other pairs about their answer.

At the end it was revealed that Mary and Aaron, Faye and Teddy, and Jake and Liberty had received three votes from the other islanders, while Priya and Brett received five votes.

As a result they were all at risk of being booted out with a week to go before the final.

To make things even spicier, it was revealed at the end of the episode that it would be up to the viewers to decide who would get sent home.

Meanwhile Kaz and Tyler, Millie and Liam and Chloe and Toby received no votes from the others, and were therefore safe.

The votes definitely won’t be welcome news to Jake, who has already had a tough few days as he and Liberty went through a rough patch.

On Sunday’s episode he became upset when Toby told him the girls weren’t convinced by his declaration of love for Liberty.

Chloe and Faye dished out some tough love to Liberty, telling her they felt Jake said he loved Liberty out of desperation.

Pulling the pair for a chat, they got brutally honest about their thoughts.

Chloe said: ‘In three months time are you gonna be proud of the way you told Lib that you love her?’

Jake replied: ‘I was always honest. Then she said how do you feel, so I said “I love you”. I’ve never told her how I felt.

‘I get scared to tell my feelings in case I get f**ked over.’

However the couple managed to squash their issues and were all over each other for the rest of the episode, with Jake giving Liberty a massage in the garden.