LOVE Island's Maura Higgins showed off her hair transformation as she debuted her new blonde highlights.

The 30-year-old looked sensational as she gave fans a glimpse at her chic new hairdo. 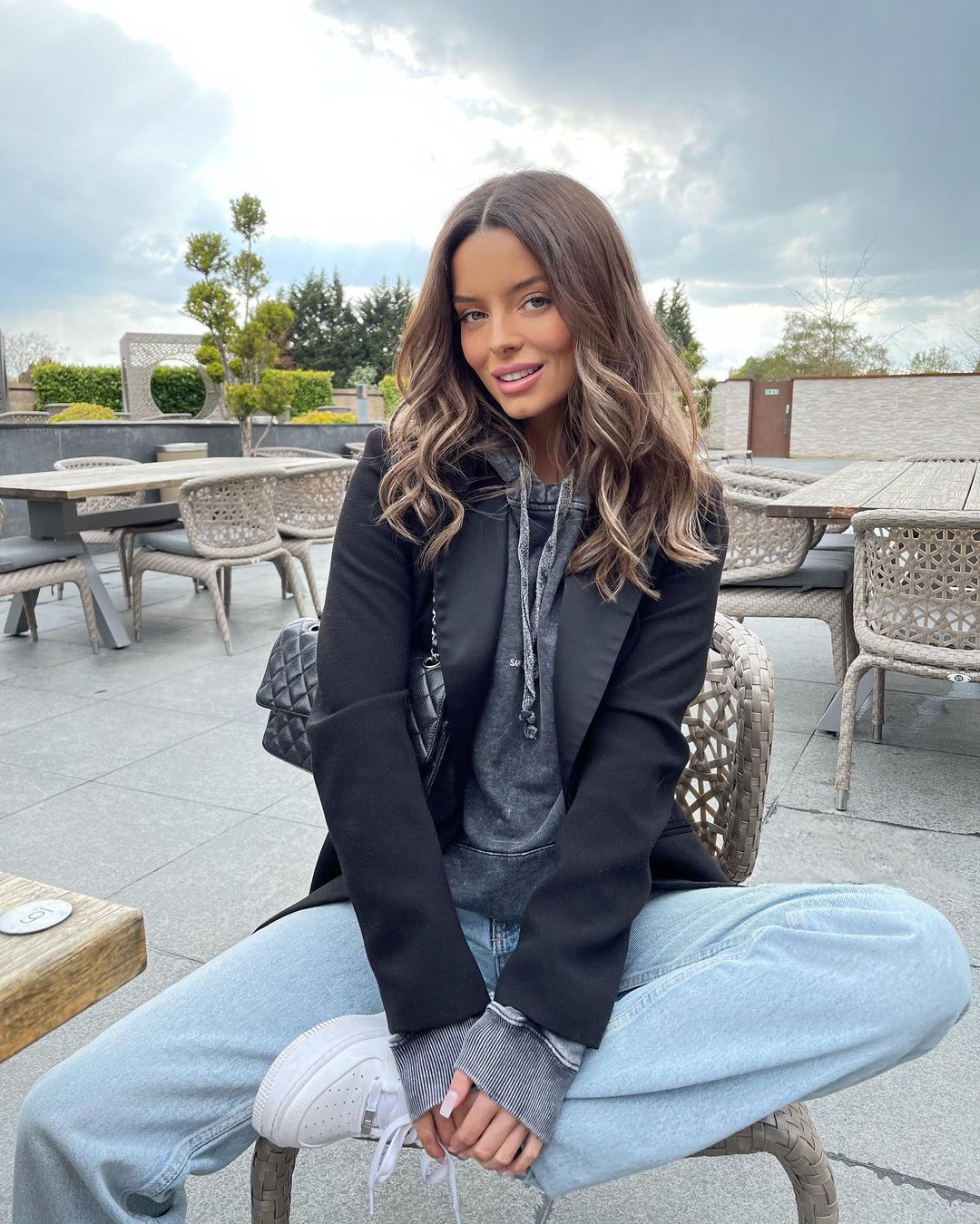 Taking to her Instagram page, the Irish beauty shared a snap of herself wearing a black blazer and a pair of straight legged jeans.

She's styled her newly dyed locks into spirals delicately framing her face to show off her stunning features.

The reality star looked effortlessly chic as she enjoyed a spot of alfresco dining as she made the most of the Bank Holiday weekend.

Alongside the photo of her in a casual grey hoodie, she wrote: "That new hair feeling." 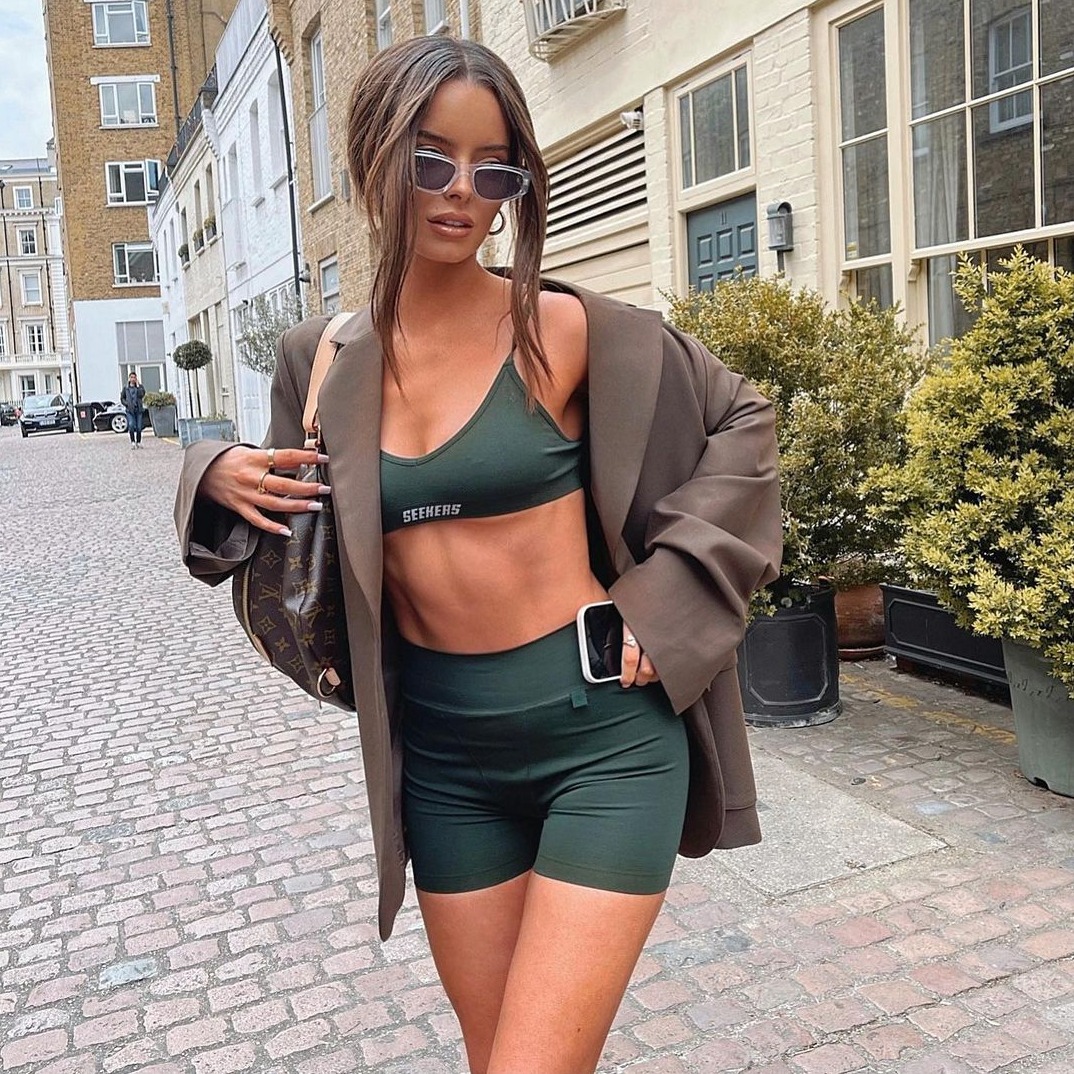 Maura's new look was a winner with her fans, with one writing: "OMG I love your hair, it really suits you."

A third agreed: "Stunning hairdo and that colour on you really works."

The Love Island beauty recently said that she was left horrified when an old man snuck into her garden to take pictures of her. 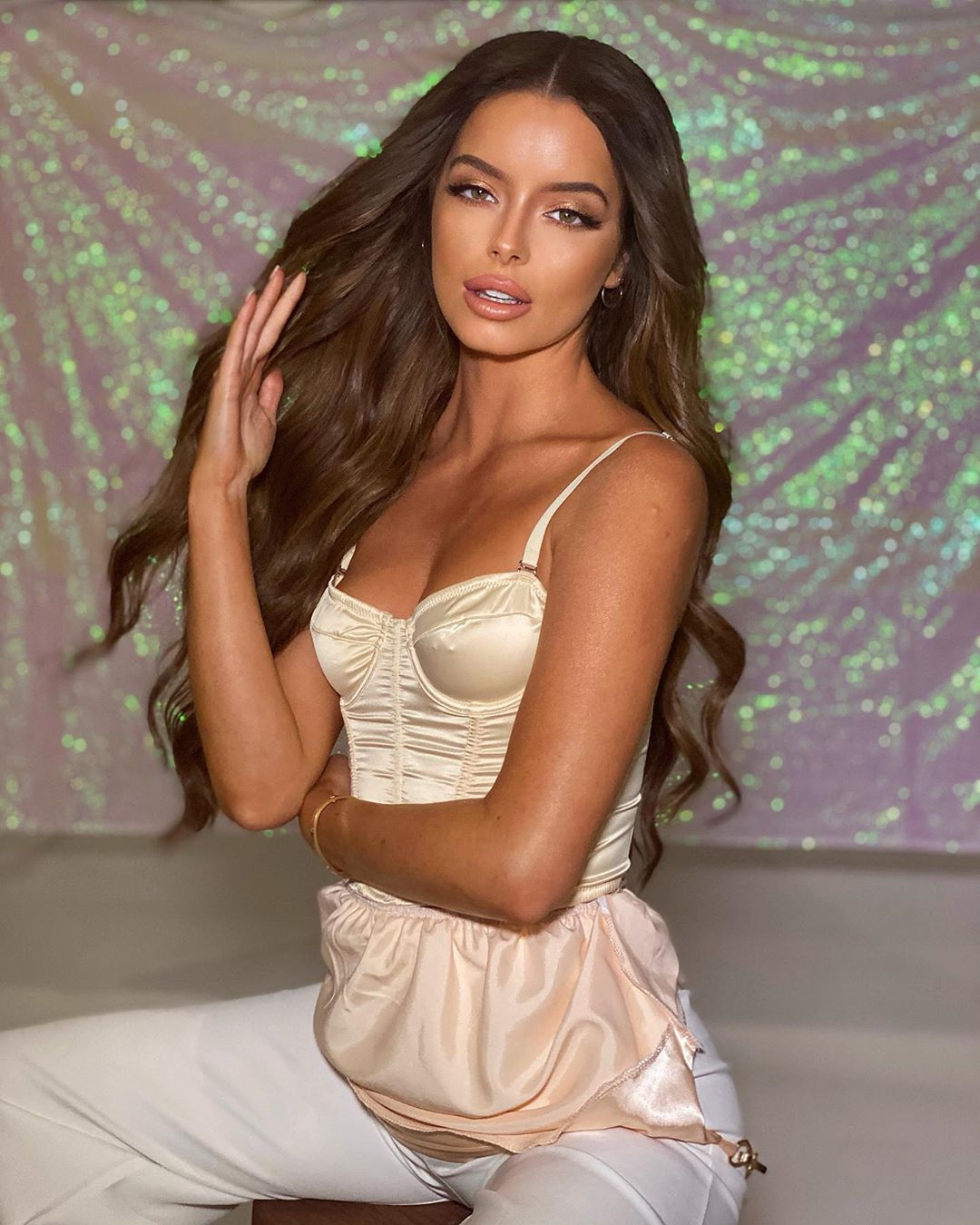 She described the situation as a “like a horror film” as she opened up about the downsides of fame.

According to the Daily Star, she said: “It definitely is scary. Especially with the elderly man, that really scared me.

“I was sitting outside in my dressing gown and I just turned my head and he was so close to me.

“Where my seating area is outside, the bush is right next to it and I looked and saw this man and it was like something from a horror film. He was holding his phone up and I could hear him taking pictures.” 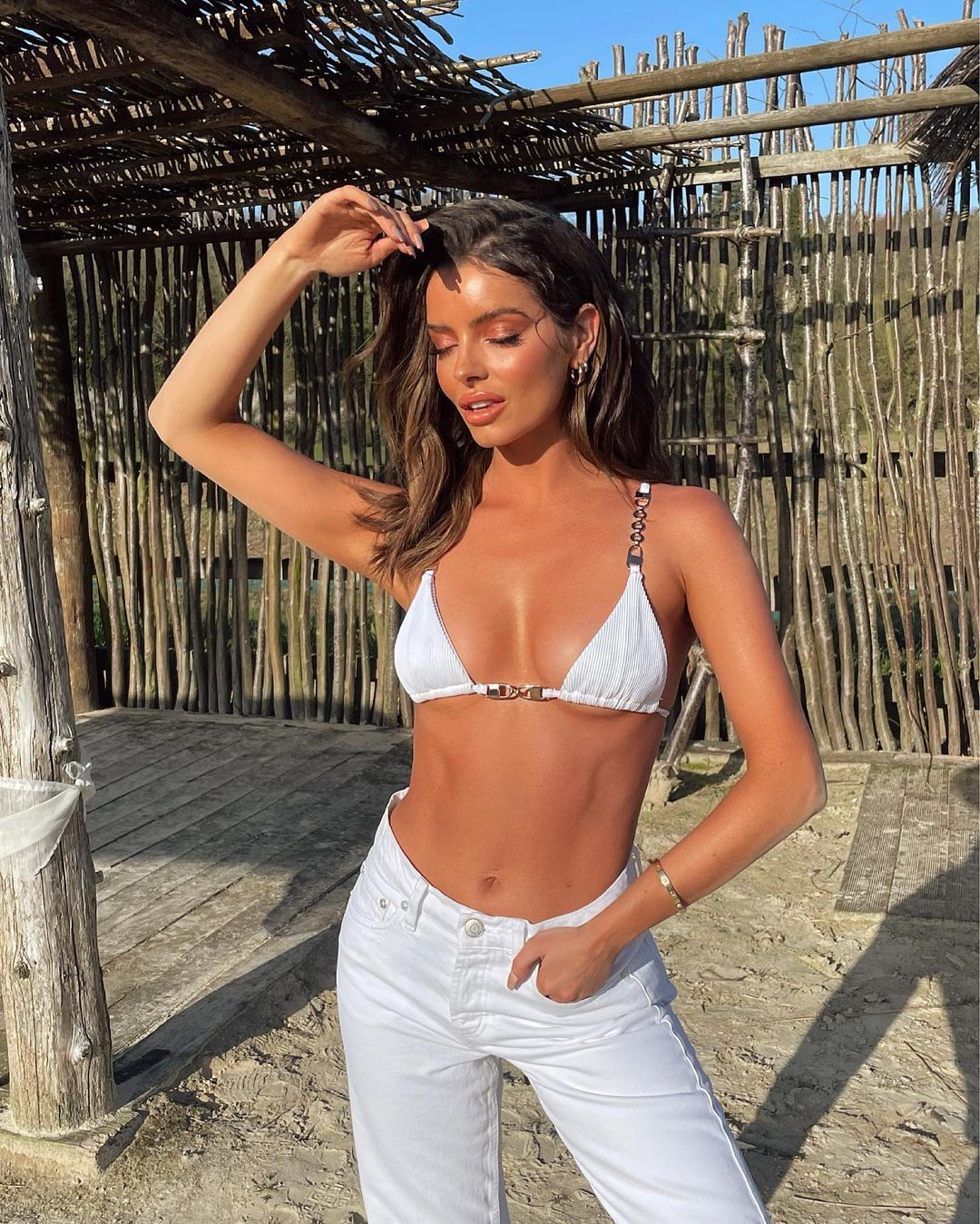 She added: “I was like, ‘Oh my God’. That’s definitely one of the downsides to being in the public eye, but the upsides do outweigh the downsides.”

Maura rose to fame on Love Island in 2019 and went on to star on Dancing On Ice.

She had a high profile relationship with Curtis Pritchard and is now dating another islander- Chris Taylor.

She won a legion of fans during her time in the villa thanks to her sass and straight-talking personality. 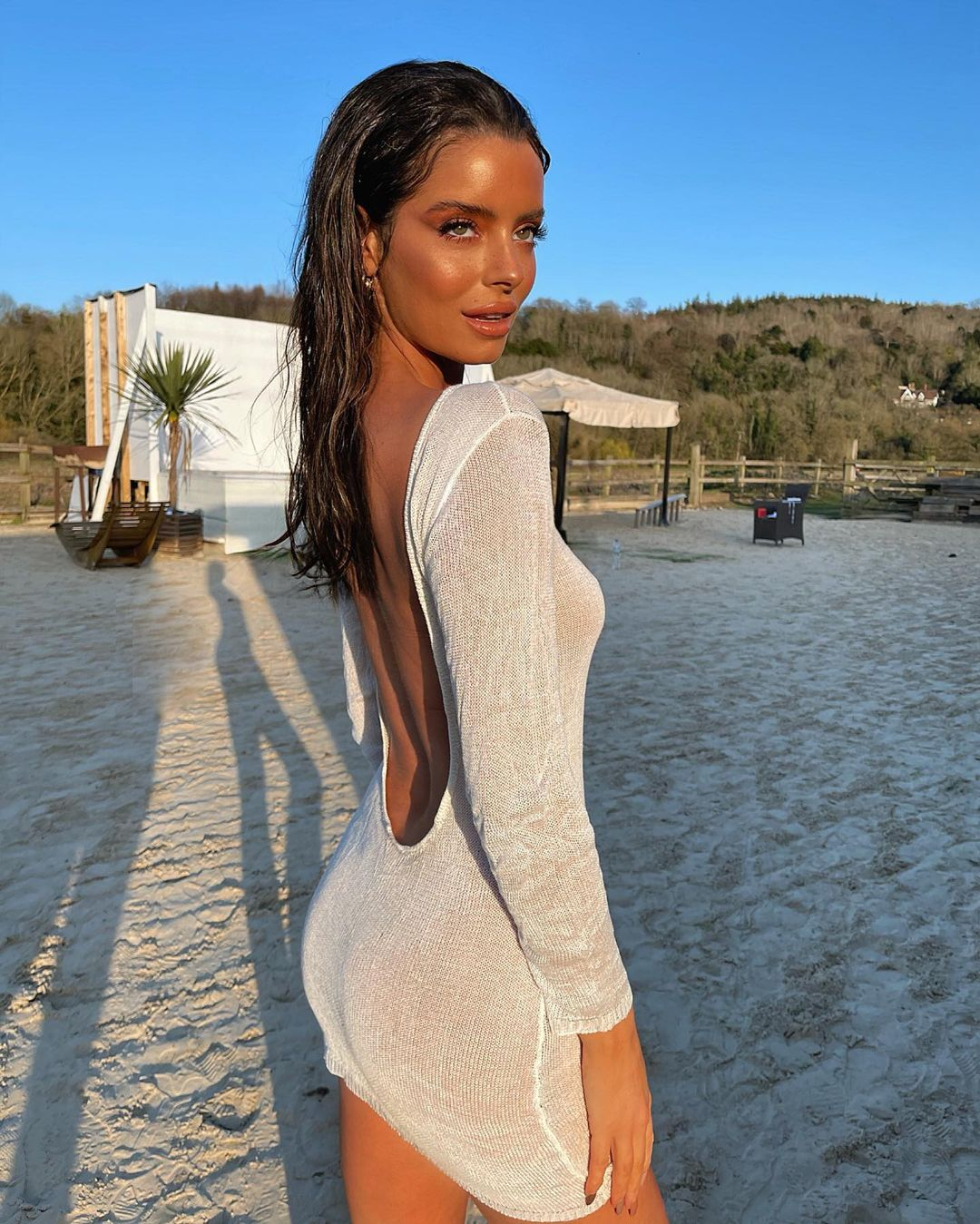 Maura has continued to gain popularity thanks to her honesty and recently won praise when she opened up about becoming so “obsessed” with exercise that she didn’t have a period for four months.

Speaking to MailOnline, she admitted: 'It got to a stage where it was actually affecting my periods; I lost my period for four months. Especially at my age, it's obviously not good. I want to have kids someday so I know that's just not a good thing to happen.

“I remember even Chris was saying to me ‘Maura, that's just not good, we need to sort this out’ I was like ‘yeah, I know’.

“When you have good people around you, mammy as well, she noticed, she said ‘you've got too thin’ or whatever and I was like ‘yeah, yeah, yeah I know, I'm trying to sort it out.'"