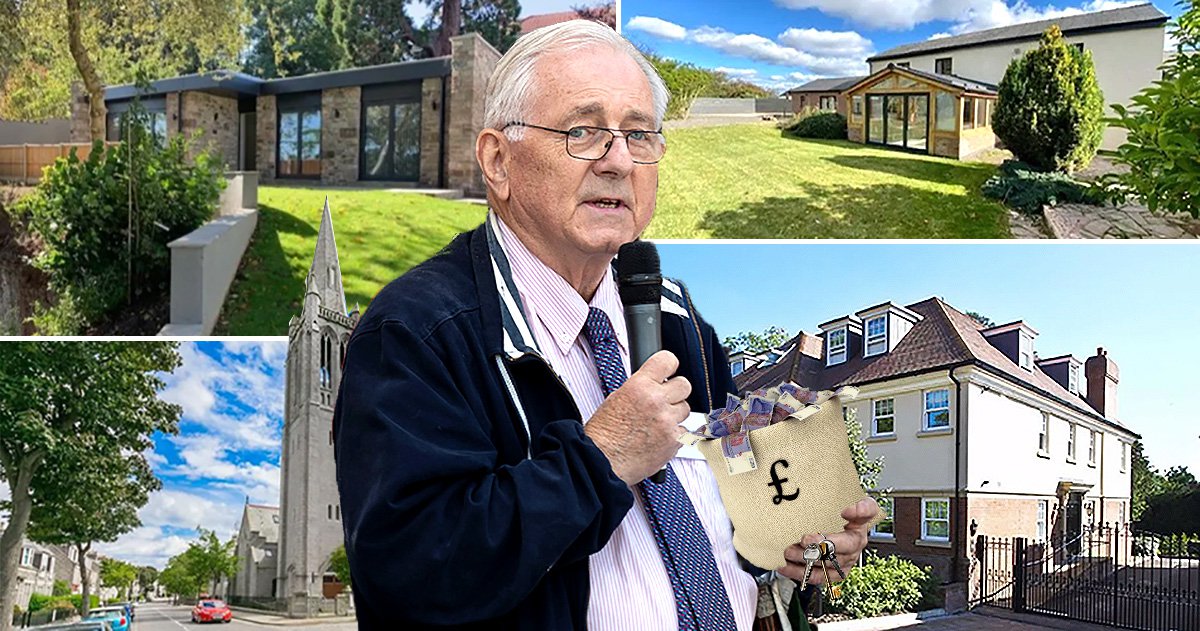 Sir Peter Bottomley, in an interview with New Statesman this week, called it ‘desperately difficult’ to survive on an MP’s salary.

The ‘father of the house’ (the MP with the longest continuous service) argued that members of parliament should be paid in line with GPs, saying that newer colleagues were struggling to get by on their wage after being elected.

He’s become a figure of ridicule after the statements, with social media users telling him to ‘get a grip’, and one even starting a joke fundraiser for the ‘struggling’ politician.

An MP earns £81,932 annually, a whole lot more when compared to the UK average of £31,461 – so it’s not surprising that Sir Bottomley’s comments have ruffled feathers.

As the vast majority of us are paid far less than that, it stings to be told people feel hard-done-by on what we’d consider a windfall.

To debunk the idea that this is – in any way – a desperately difficult amount to live on, we decided to show these honourable members what they can get for their money.

Many of us use the majority of our paycheck on a place to live, with rising house prices and a shortage of new homes being built seeing renters hit the hardest.

To see how someone on an MP’s salary would fare as a renter – and perhaps add some perspective to Sir Bottomley’s argument – we’ve rounded up some of the best properties they could live in on the lettings market right now.

No almost-£82k-earner wants to get themselves in a financial situation they can’t manage, so we’ve allowed for the same proportion of disposable income us average Joes are typically left with.

After tax, the take-home monthly pay from £81,932 is £4,684. Let’s assume that the MP is not receiving any extra from other roles or investments, and that they’re the only income in their household.

Londoners and those in the South East spend around 50% of their income on housing, so someone earning this much should expect to pay up to £2,342 in monthly rent in London. Outside this property bubble we call our capital, it sits between 25% and 30% of income, which comes to a maximum limit of £1,561.

Working from those figures, we can see already that the budget isn’t exactly small.

Rather than cracking out our tiny violins, let’s show spendthrift, out-of-touch ministers some of the beautiful homes in Britain they could comfortably live in based on their salary.

This waterfront property in Wapping is on the market for £2,340 monthly. This may seem a lot for a studio, but it’s very swish.

Plus, it’s just a short tube journey to Westminster.

For those who need a bit more space, you can get a four-bedroom new-build like this for £2,350 a month in Harrow-On-The-Hill.

Although it may not technically be a London postcode, you can be in central in 20 minutes on the train.

The property is kitted out with a Sonos system, Siemens appliances, a custom-made kitchen, and Villeroy and Boch fittings.

In Brookmans Park in Hertfordshire, just outside London, is this absolutely huge three-bedroom property, currently offered for £2,349 per month.

Train links get you to Finsbury park in half an hour, or it’s an hour drive from Westminster.

As you can see, the home is not short on space, and it even has a massive walk-in wardrobe and gated underground parking for two cars.

After a long week in London running the country, a cash-strapped MP could come back to Stapleton in Bristol to this modern eco-friendly home.

With two bedrooms and on the market for £1,500 a month, this property is on the grounds of a Grade II listed property overlooking the Frome Valley.

Sustainability was heavily considered when the home was built in 2018, and it’s heated by an environmentally0friendly air source heat pump.

Although pictures haven’t yet been released of the inside of this home, if it’s anywhere as nice as the setting, it’s a winner.

Close to Liverpool, the agent recommends it to commuters, due to its idyllic rural feel and the fact it’s not far from amenities and transport links.

The new occupant can see horses in the field from their solar-panelled extension, or cook up meals in the farmhouse-style kitchen (that comes with an American style fridge-freezer and has its original wooden beams).

At £1,500 a month, it’s quite the bargain for any penny-pinching parliamentarian.

Renters in Cowbridge in the Valley of Glamorgan can get a whole lot for their money. Far from pinching the pennies, people on an MP’s salary could be living in a house here with its very own pool.

It’s tucked into a gated community in the Welsh town, with access to 12 acres of grounds and, of course, the pool.

That costs £1,495 per month and is fully furnished, so no need to put wallpaper (or other decorative items) through on expenses.

In the Cornish town of Hayle sits this beautifully-renovated barn conversion , currently on the rental market for a monthly rent of £1,500 – and well within the budget of a third of an MP’s paycheck.

Set across two floors, the new tenant will have three bedrooms and two bathrooms, but the views are the main pull.

The garden is large and unspoilt, perfect for spending weekends away from the rat race.

With three large bedrooms, an outbuilding big enough to be used as a workshop, and a study, this Ilminster property is ready for a busy family to move into.

£1,500 a month gets you a home packed with character, along with a built-in pizza oven, barbecue, and smoke house, and its very own on-site well that provides filtered water.

Included in the cost of your rent is two visits a year from a gardener to keep the leafy grounds in check.

Another conversion, this building was formerly a church, having been renovated in 2014.

At £1,495 per month, it’s among the more expensive rentals in Aberdeen, but still less than a third of what an MP makes each month.

The three-bedroom apartment has modern touches like underfloor heating alongside original stone arches and a mezzanine level.