MasterChef: Claire watches a potato-based dessert being made

In scenes that aired on Tuesday’s Masterchef, five semi-finalists had to battle it out in the first round in a bid to impress hosts John Torode and Gregg Wallace with their signature dishes. They also invited guest judge Anna Hugh to help them decide who should stay in the competition and who should be eliminated. The final three were then put under pressure as they had to prepare a meal at a Michelin-starred restaurant in London.

After a tense first round, Gregg, John and Anna decided to send home Mark and Stefan after the duo failed to impress them with their dishes.

They then revealed that they were sending the remaining contestants Tom, Claire and Madheera to prepare a meal for the staff of Michelin-starred restaurant, The Fat Duck.

Under the guidance of former executive chef Jonny Lake, each of the contestants were given a meal to prepare.

Madeeha was in charge of the starter and had to make a red mullet starter served on a bed of artichokes and pasta. 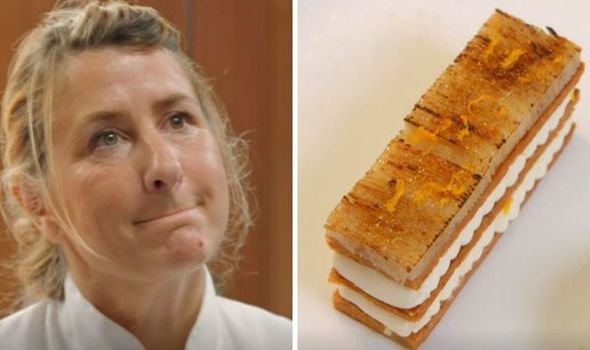 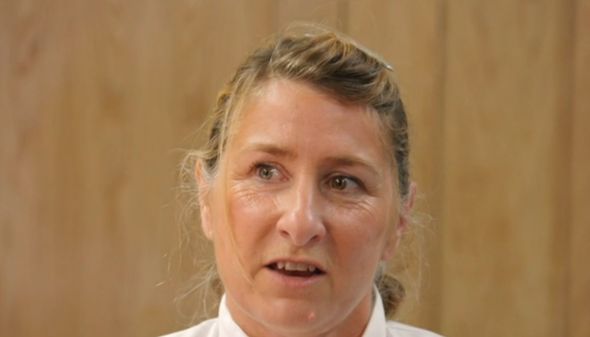 Tom was given the task of making the main dish which was pigeon served with a South Asian fruit, persimmon.

Finally, Claire had to create the dessert which was called potato Mille-feuille, using an ingredient that Jonny first discovered when he was on a business trip to Japan.

“I’ve got some potato terrine, I never thought I’d eat potato for dessert,” Claire commented as she was making it.

“It was amazing,” Jonny continued. “It was probably the best jacket potato I’d ever had.

“We knew we needed to do something with that.” 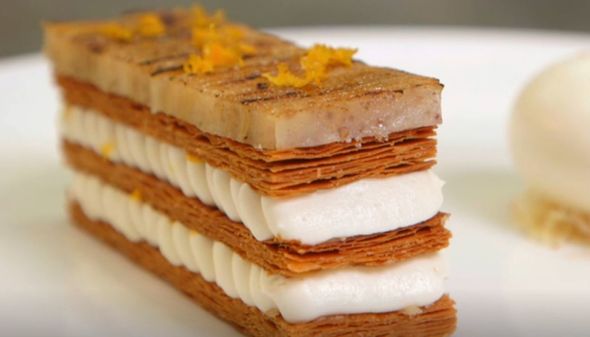 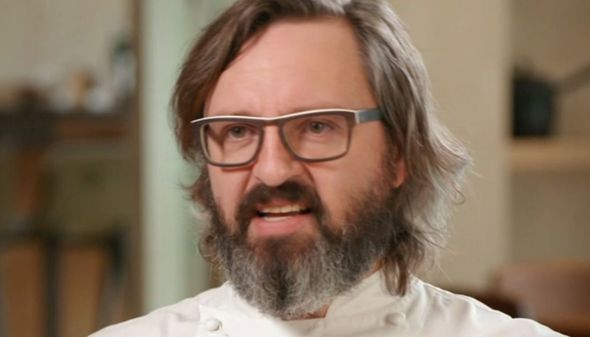 The dish was made up of layers of puff pastry and potato.

Jonny went on to demonstrate the sauce that went in between the layers, which was a mixture of caramel and potato.

He also added white chocolate and topped the dish off with a potato terrine.

“I really like the idea of savoury foods being used out of context,” Claire explained.

Despite almost cracking under pressure, Claire managed to deliver the dish on time and the judges seemed to love it.

“What a wonderful way to start the semi-finals,” John said after service was complete.

“Right now they should all be elated and absolutely exhausted.”

Taking to Twitter to share their views on the bizarre potato and caramel dessert, it’s fair to say viewers weren’t quite as onboard with the creation as the judges.

One fan commented: “Not quite sure how I feel about the potato dessert.”

Another said: “Mmmm, tastes like potato but much worse.”

A third added: “Mashed potato and sugar… No!”

Another commented: “But I don’t want my potato to look like a cream cake.”

Masterchef returns to BBC One on Thursday at 9pm.