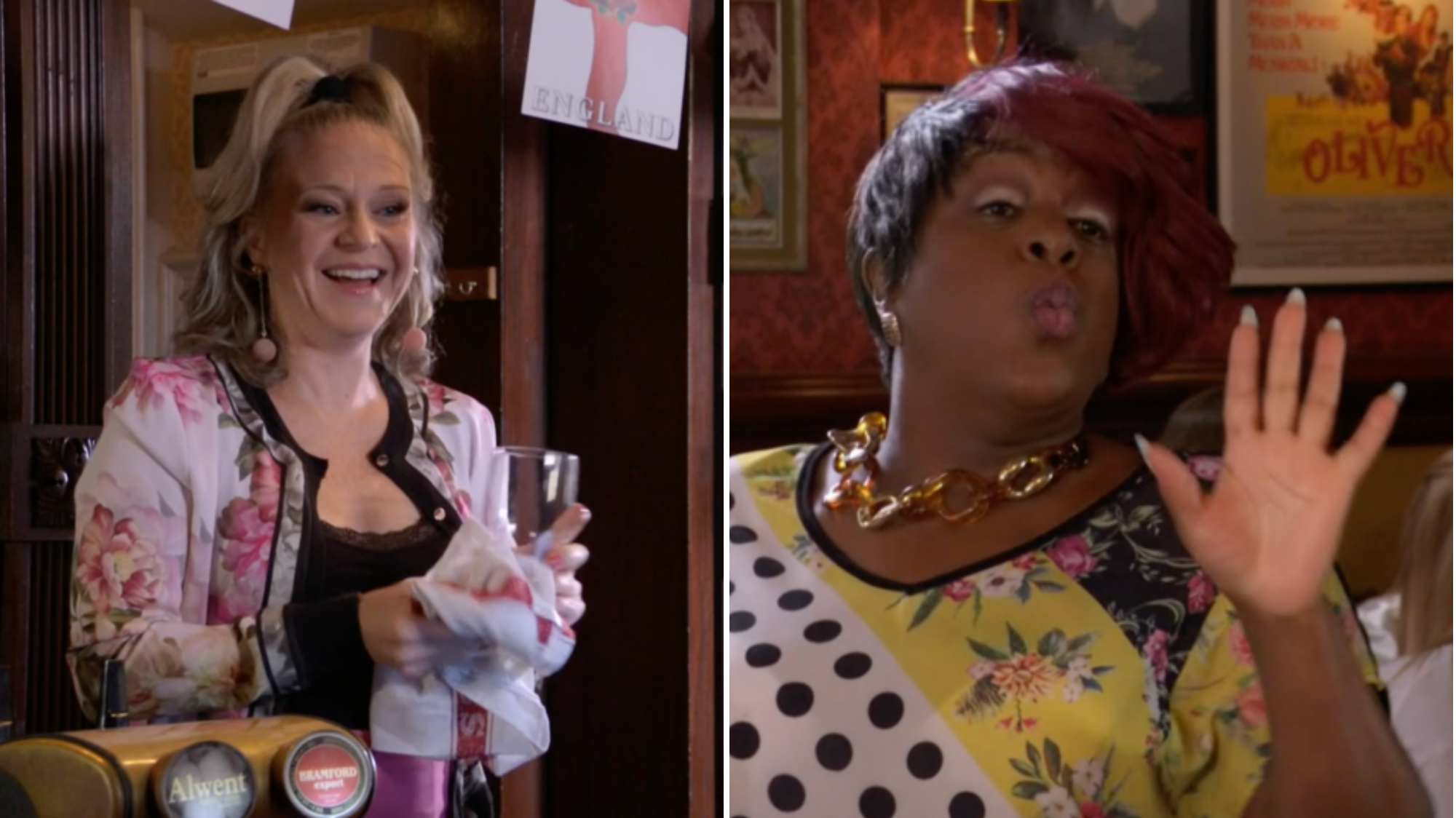 EastEnders has referenced the Lionesses’ historic victory at Wembley, with an exquisite topical scene.

This is England’s first-ever European Championship triumph and the country’s first major trophy in the sport since the 1966 World Cup.

EastEnders, as long-time fans will know, is no stranger to making quick and on the money references to real-life topics of discussion, and England’s win was no different, with Monday’s (August 1) offering of the BBC One soap paying tribute.

The atmosphere was electric in The Queen Vic, with everyone celebrating the Lionesses win. Kim Fox (Tameka Empson) raised a glass, as she discussed the historic match with landlady Linda Carter (Kellie Bright) and Lola Pearce (Danielle Harold).

Linda told Kim that she hadn’t reckoned her a football fan, but Kim was quick to dispel such a theory, telling the Carter matriarch that she’s ‘there’ when it comes to ‘strong winning women’.

‘This has changed everything,’ she added. ‘The game. Women in sports everywhere. Pearl watched it and loved it. Every single one of them is a role model, I’m telling you. If you can see it, you can be it!

EastEnders is currently dropping four episodes a week in BBC iPlayer, all the while transmitting the show nightly, albeit in a different amid the on-going sports coverage.

iPlayer audiences, of course, will not have seen this scene, but it’s expected that the streaming service will update the current version of the episode on the platform to include the reference.

EastEnders airs Mondays to Thursdays at 7:30pm on BBC One, or catch first look episodes every Monday on BBC iPlayer.