Canada’s Drag Race only just crowned its first-ever Next Drag Superstar — what’s her name? Priyanka! — but it’s already time to scoot on over to the Netherlands for the inaugural season of Drag Race Holland.

The latest international edition of RuPaul’s Drag Race — which sees Mama Ru hand over hosting duties to celebrity stylist Fred van Leer — pits 10 sickening Dutch queens against one another as they swap their clogs for heels and a chance to win the title of First Dutch Drag Race Superstar. All together now: Heren, start uw motoren. En moge de beste vrouw winnen!

Watch the Drag Race Holland trailer below and scroll on to meet the queens:

Get to know your maiden queens of Holland below via their official bios: 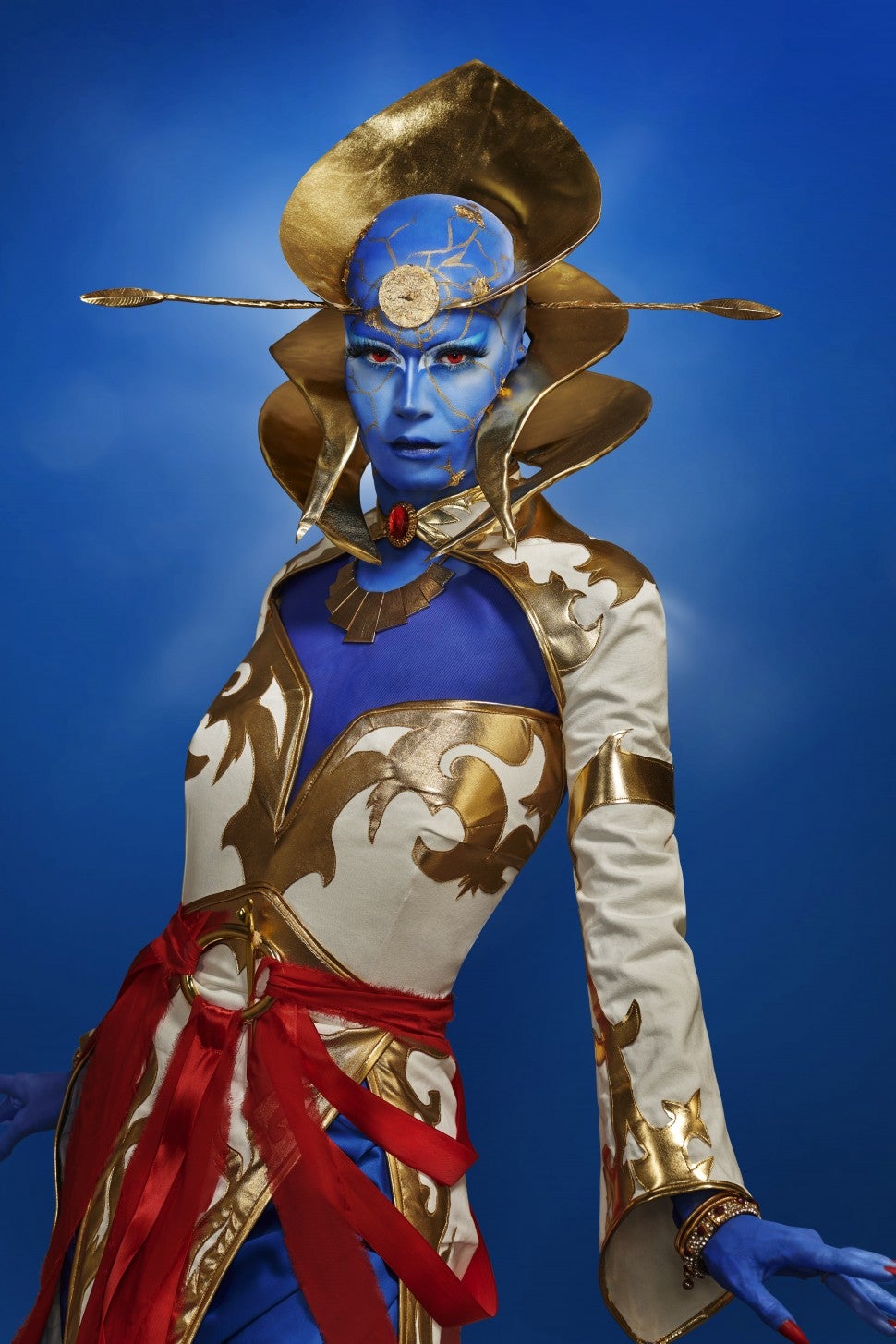 Brian, born in Helmond, uses his drag to explore topics such as gender and identity together with his audience. As ChelseaBoy, Brian takes audiences to higher spheres through live performances full of futuristic influences, combined with nostalgic music from the ’80s. Unlike many queens, ChelseaBoy uses unconventional materials in her costumes and wears wigs in addition to bald caps, prostheses and homemade head sculptures. ChelseaBoy is a chameleon par excellence, or in his own words, a “gender hybrid transformer.” 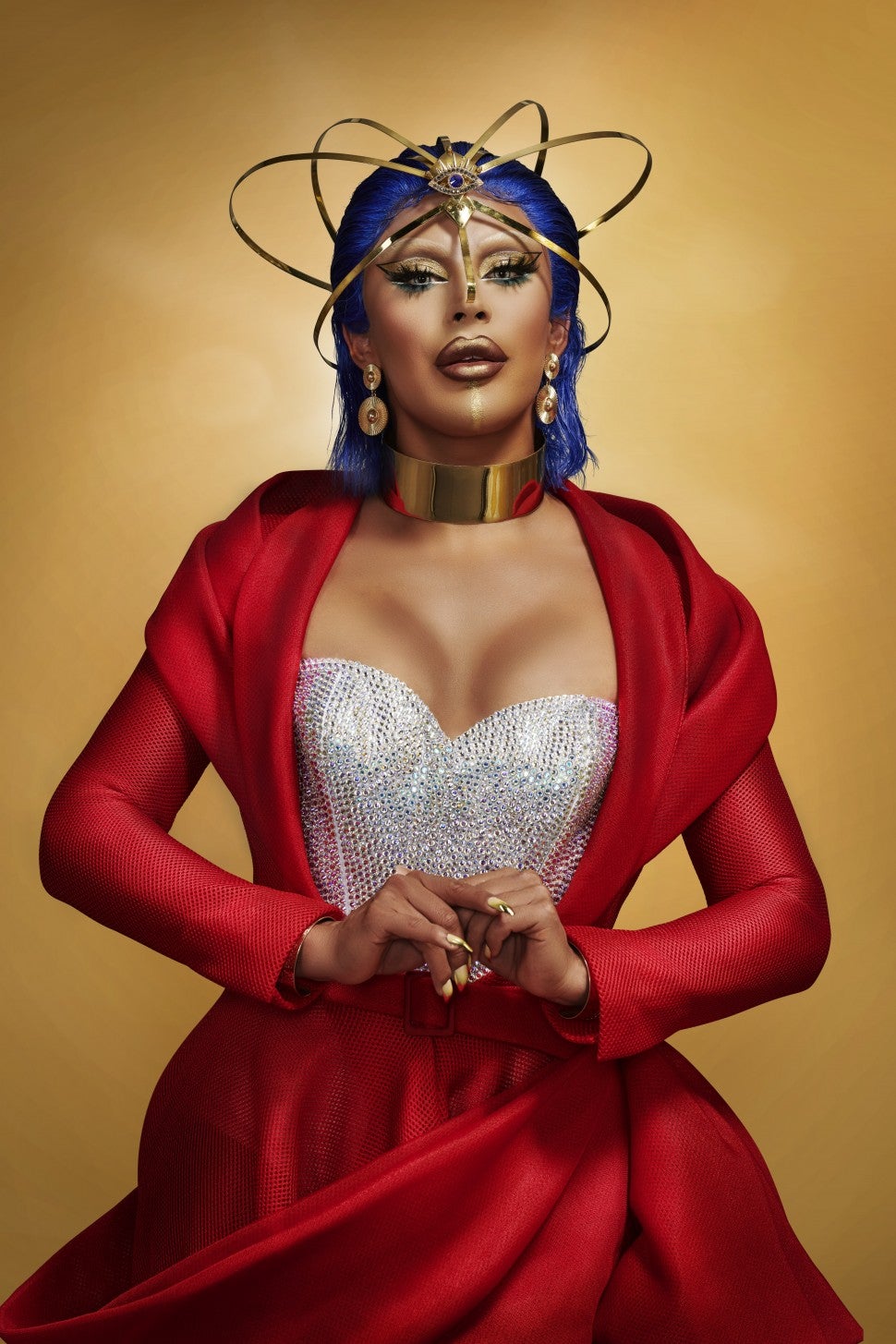 The Peruvian Boris came to the Netherlands with his mother at the age of four. As Envy Peru, Boris is the most followed drag queen on social media in the Benelux, a formidable competitor in this competition. Envy founded drag house Mermaids Mansion with her two “sisters.” One of these sisters is Miss Abby OMG, also a contestant this season. 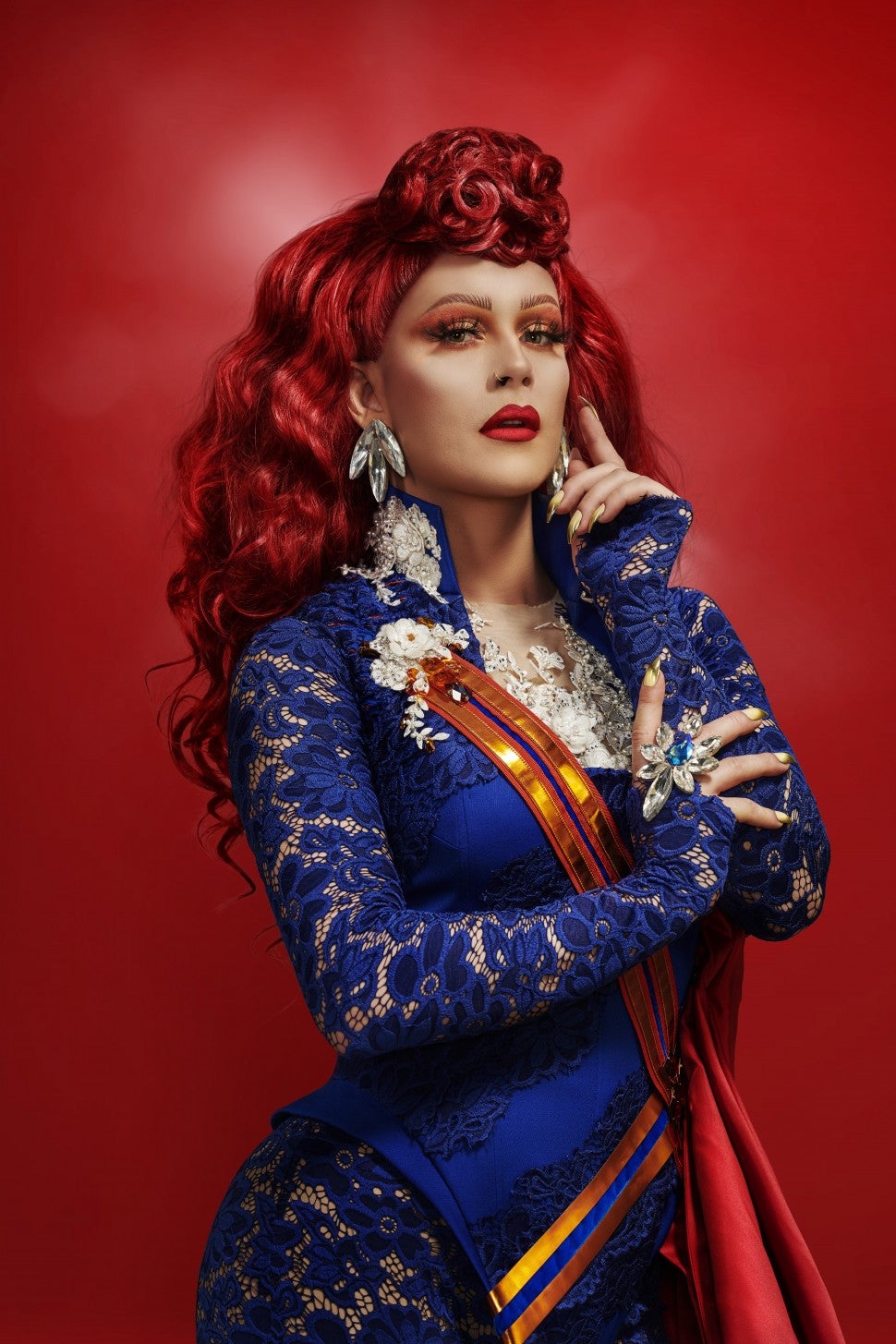 For 10 years, Justin has performed in drag as Janey Jacké, the ultimate fantasy of a Pop Princess. Justin grew up in Volendam: the breeding ground for Dutch talent. Janey Jacké is sweet with a small bite and a whole dose of spice. She is a stage animal and known internationally for her unique shows. She has performed in the U.S. and Greece and has been seen on Dutch television before. She is renowned for her looks, dance talent and unstoppable energy. There really is no one like JJ. 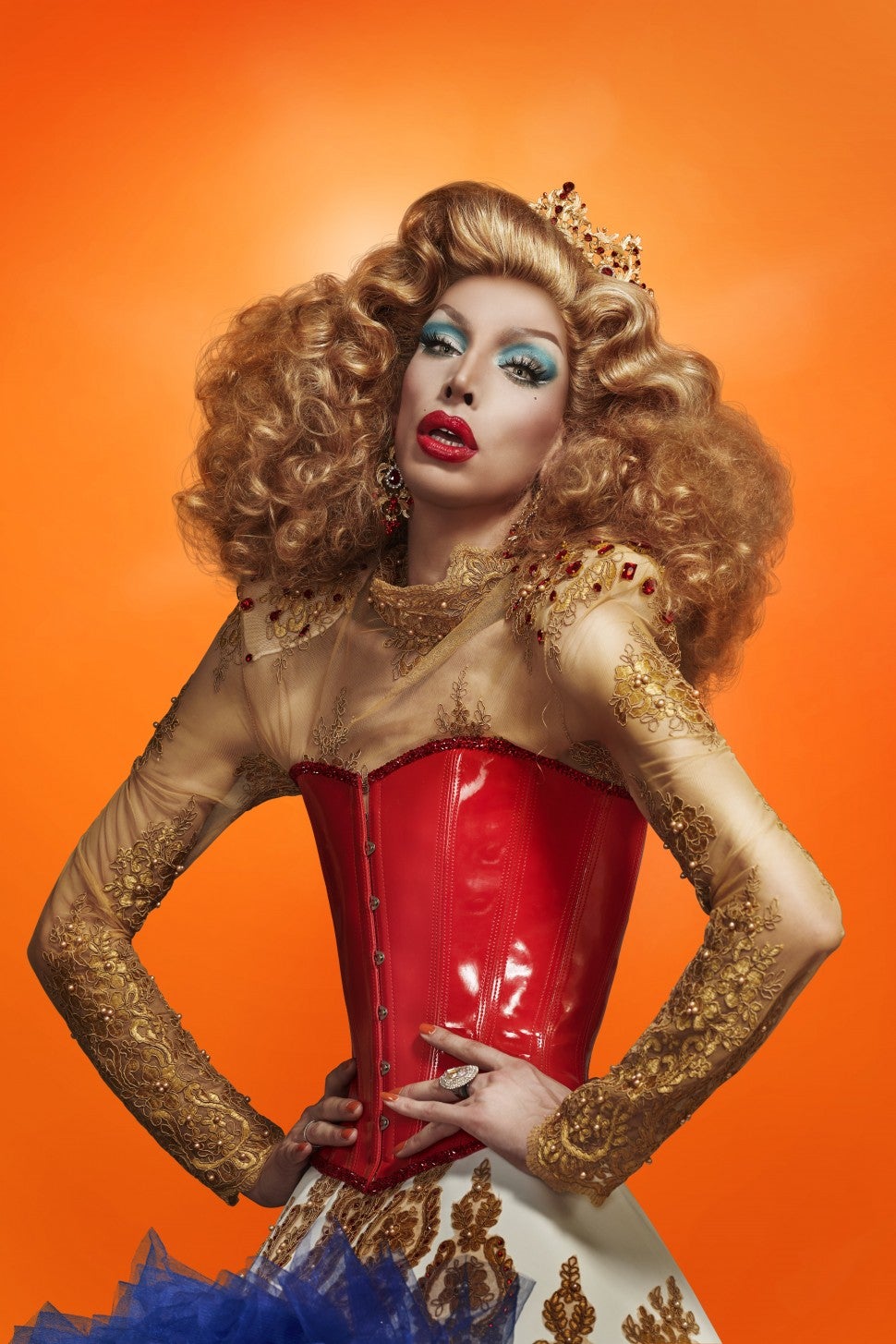 Dennis or Ma’MaQueen has always had a strong fascination with how gender construction develops socially. Ma’MaQueen is the mother of “The House of Holographic Hoes,” a drag house in Rotterdam. Ma’MaQueen identifies as non-binary, not necessarily male or female. Ma’MaQueen is a true “conceptual look queen.” Unique are the designs of Ma’MaQueen. They are not only used for her own creations, but also for others in the scene. Inclusivity is of paramount importance; Ma’MaQueen takes care of anyone who needs it. 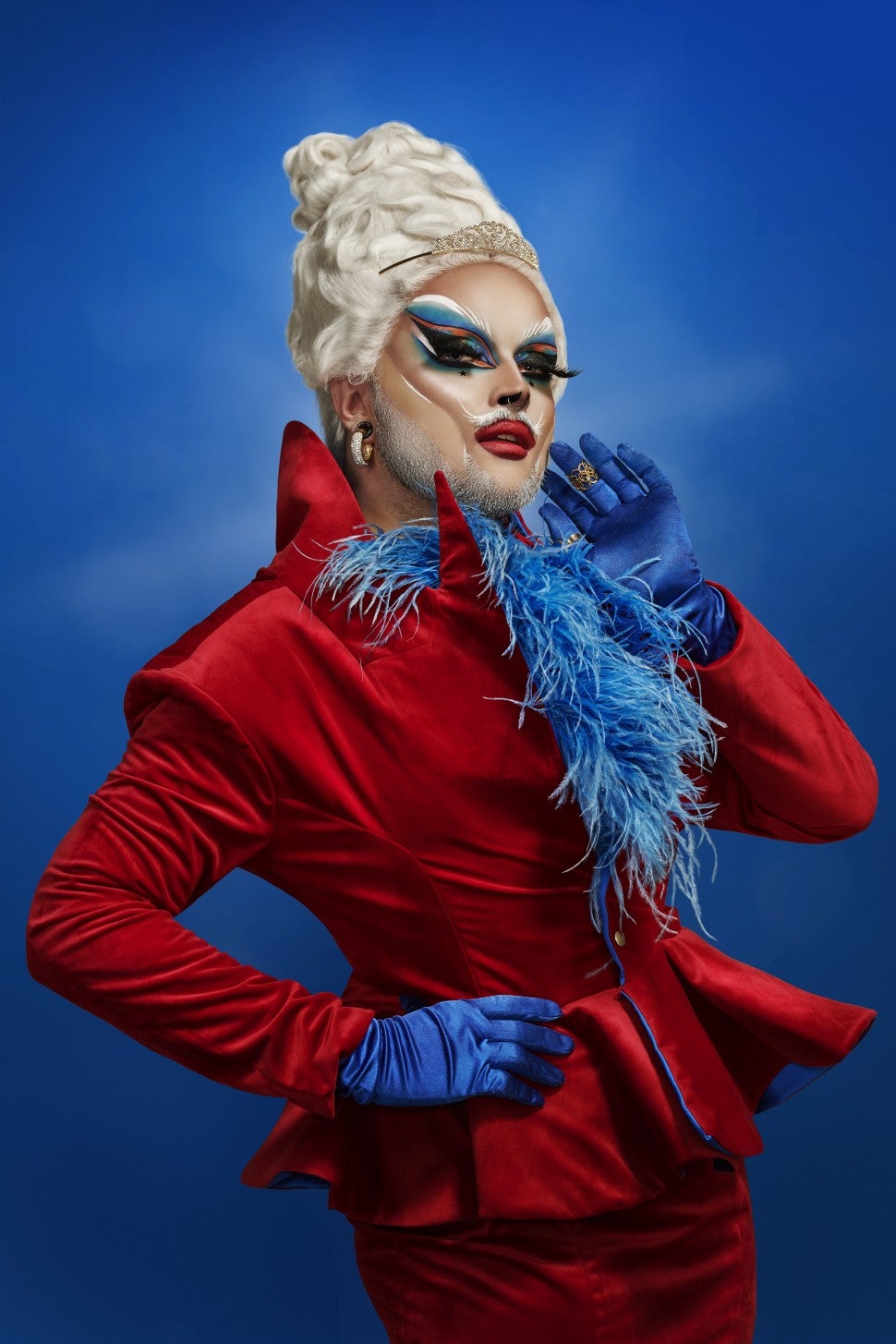 As Madame Madness, Rowan is The Bearded queen of Amsterdam and the first bearded queen in Drag Race worldwide! With the beard, Madness tries to break through the boxes of masculinity and femininity. She wants to spread the message, that being different is allowed. Madame Madness has a strict appearance, but is actually very sweet, wise and open-minded. 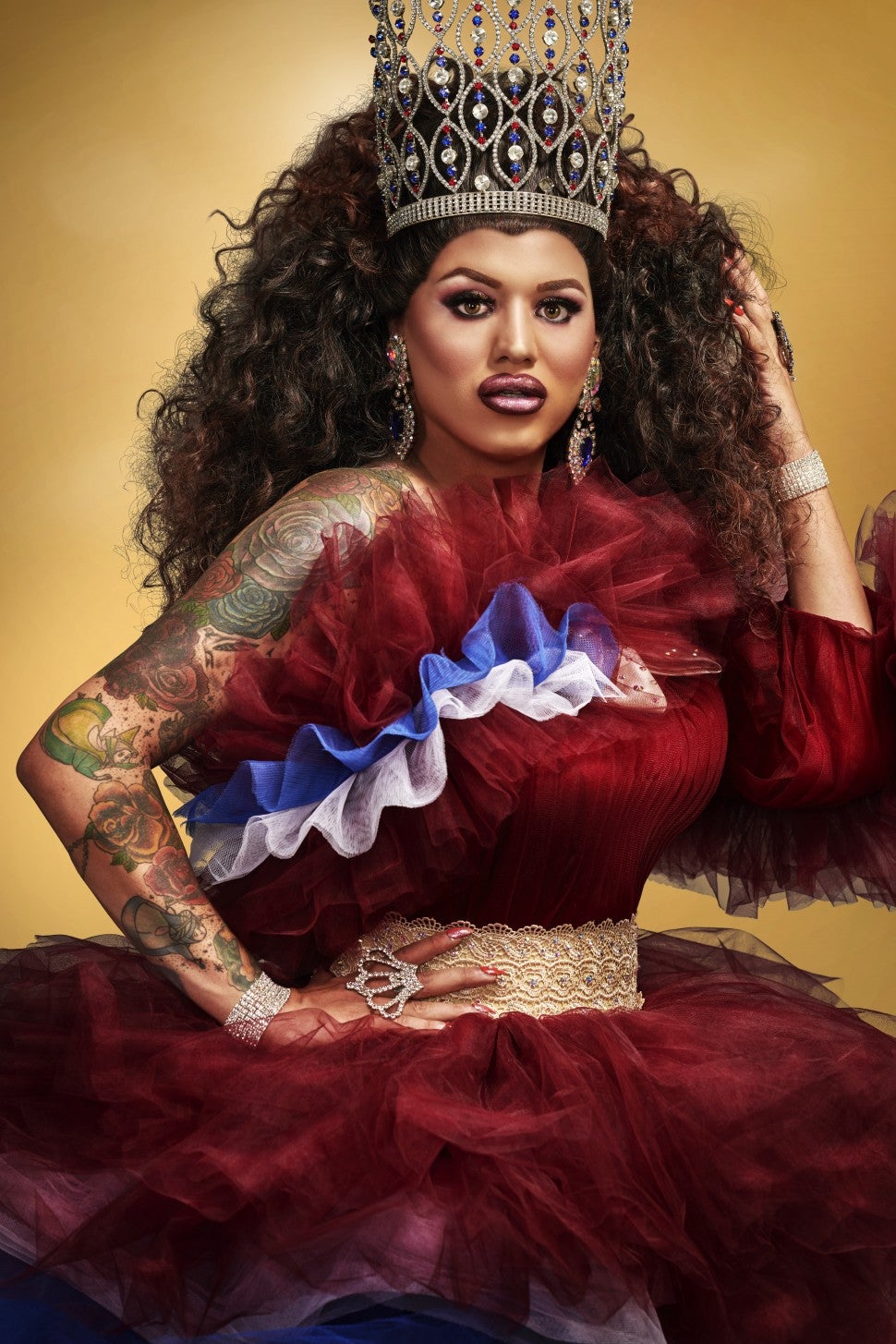 Michael is better known as the popular and extravagant queen Megan Schoonbrood from Rotterdam and has been in the business for more than half of his life. Over the years, Megan Schoonbrood has emerged as a true show diva. She is sympathetic, articulate, clever, extravagant, beautiful, classic and a little bit trashy. She has 23 no1 pageant titles and received the Dusty Tiara for her many years of commitment to the LGBTI community. Driven by competitiveness, she is not afraid to take on a challenge. 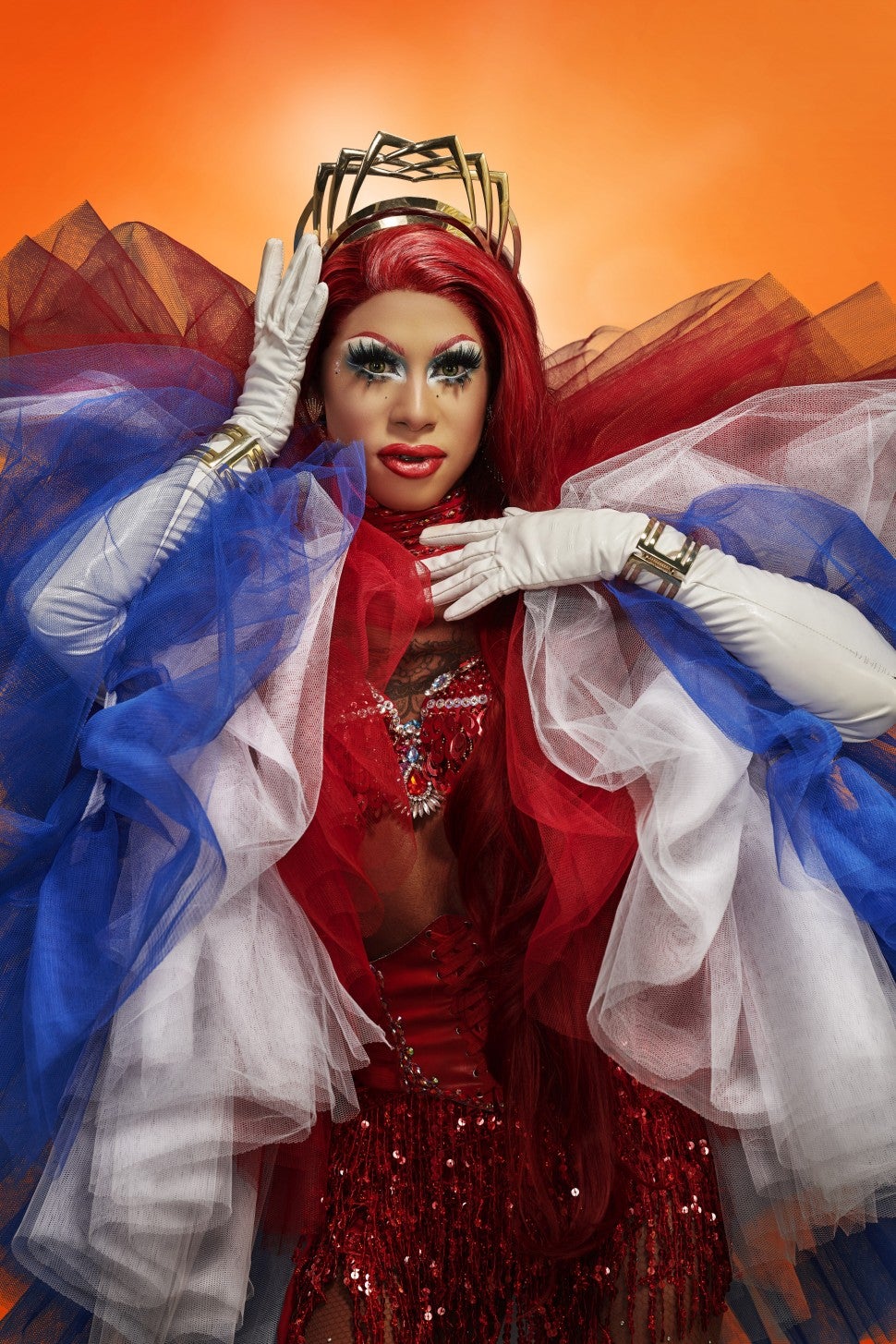 Henrique grew up in Brazil before coming to the Netherlands. In the Netherlands, he got involved with the Dutch drag community and this is how the flamboyant Miss Abby OMG was born: a real creative outlet and she is a star in the making. Abby OMG is known for her energetic and sexy performances, glamorous and with a touch of “ghetto.” A sweetheart, but also a strong woman who will not be fooled. She performs next to America’s best-known drag stars and is a much booked entertainer in the Nedtherlands and abroad. Besides being a solo performer, she is also part of the well-known Amsterdam drag house Mermaids Mansion. She will leave you saying ‘OMG!’ 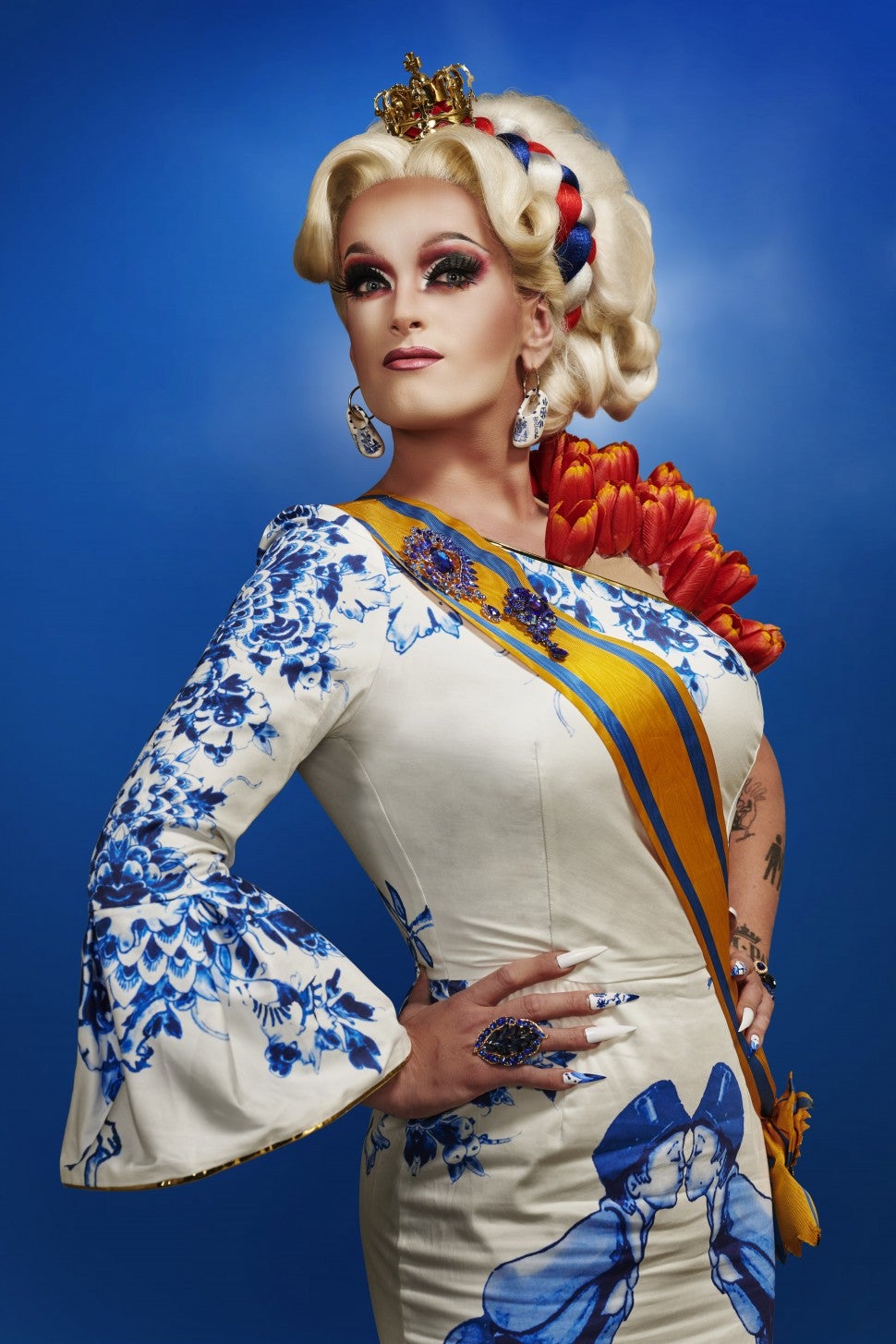 Patty Pam-Pam, or Pieter, grew up in the south of the Netherlands and is therefore also called “Queen of the South.” Patty is creative and sweet. She sings, lip syncs and dances, if necessary even with a whole show ballet. She has a real surprising appearance, always in homemade “couture,” from head to toe. From camp to fashion, she effortlessly dresses herself and countless other Drag Queens at home and abroad. Drag is art, and it should be seen! 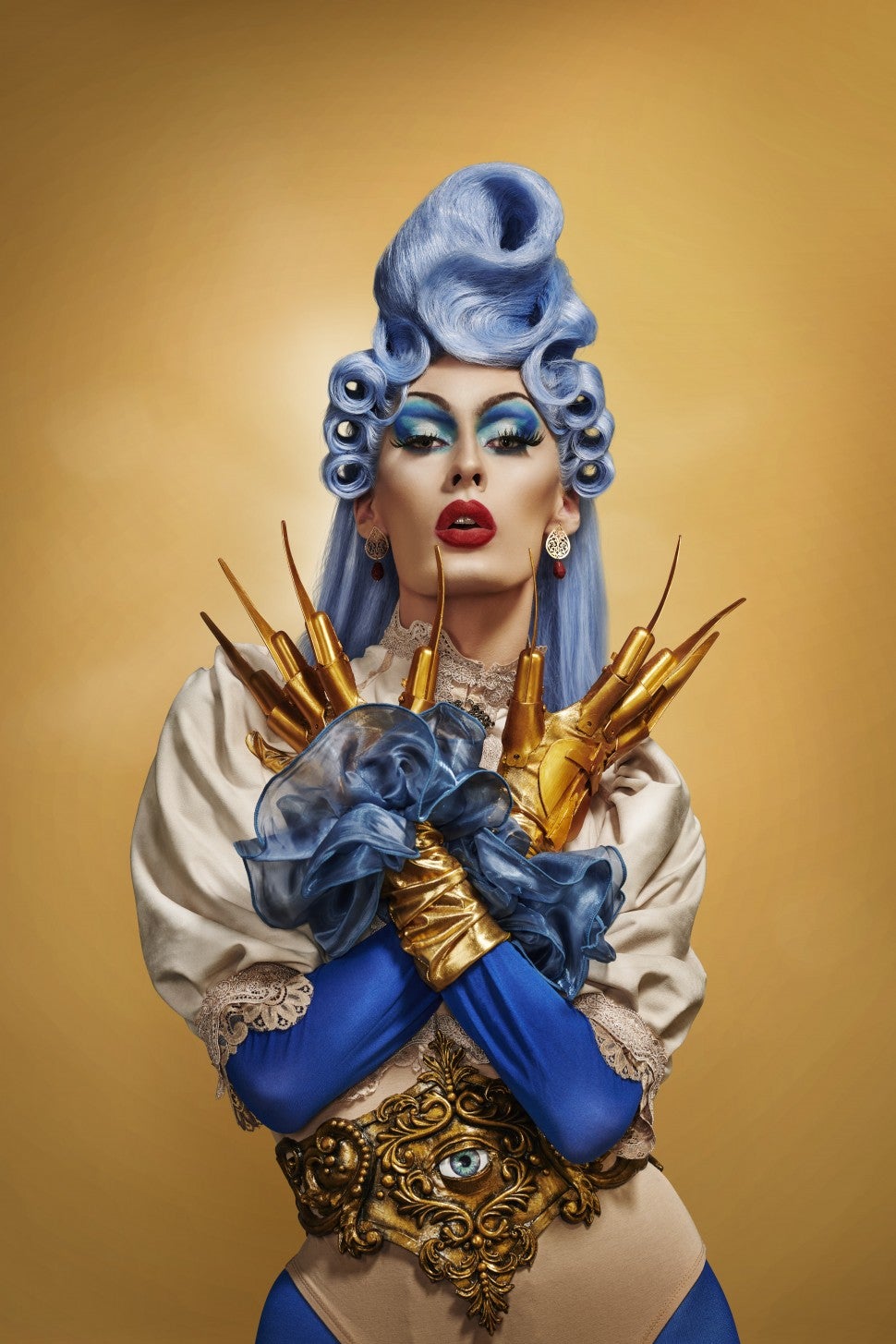 As a drag queen, Roem is unique in this group of queens. Roem has no affinity with live performing in clubs or other stages. Everything she does is online. On Roem’s own YouTube channel, many people are encouraged to always be yourself. She believes that drag is so much more than just performing. The bingos, the lip sync, all fun… but not for her. Roem grew up in the epicenter of the Dutch Bible Belt, Urk, and knows better than anyone what it is like to grow up in an environment where it is not always easy. 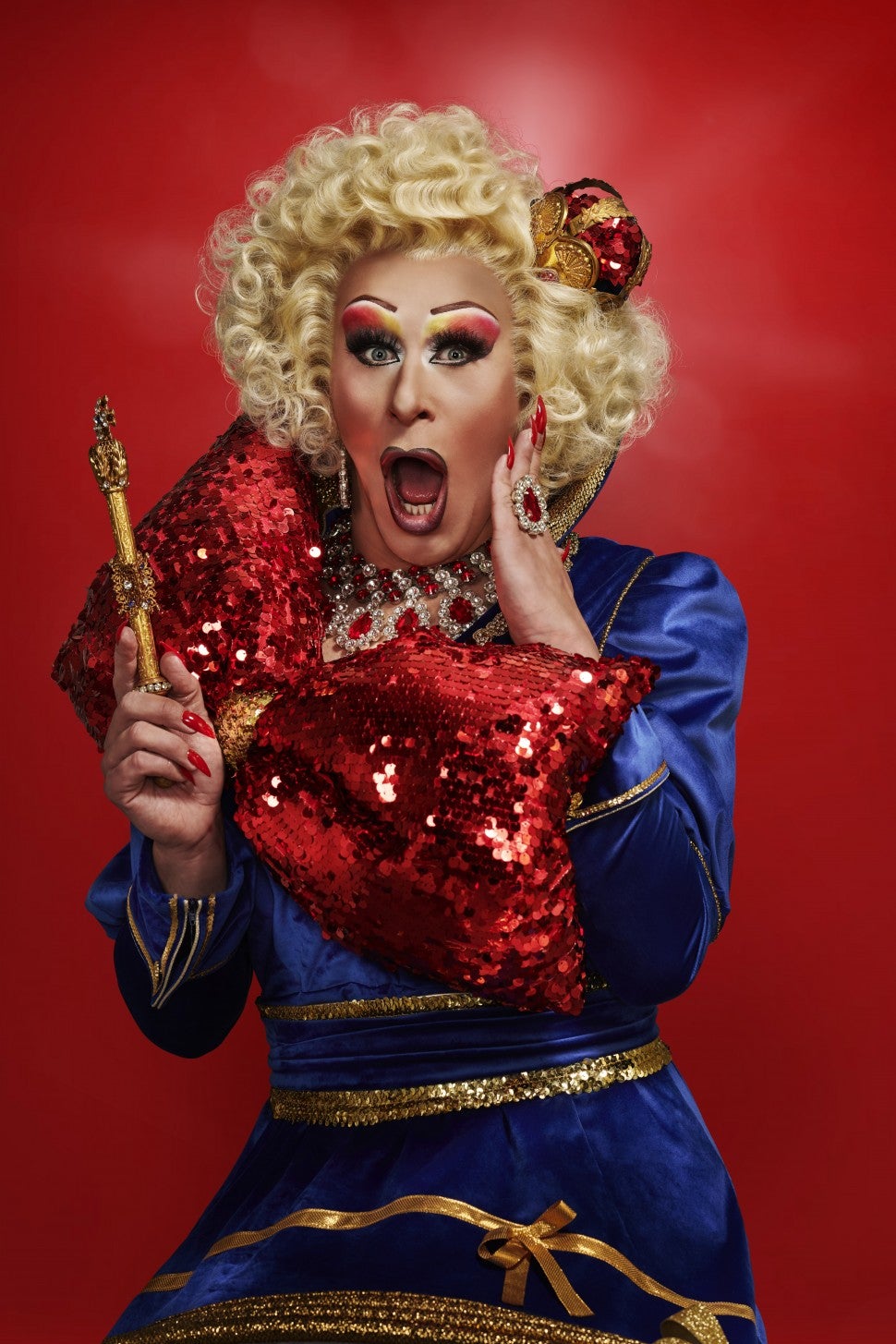 Sederginne is the only Flemish queen in the competition and she is a real comedy queen. The special and unique thing about Sederginne is that she is an elderly lady, while Serge is still in the prime of his life. Most queens always want to stay young and look as young as possible, but Sederginne doesn’t care about that. Sederginne is notorious and famous in Belgium where she has been showing her skills for nine years in solo shows, club nights and in the theater. She has now also mastered the Amsterdam scene and is ready to conquer the hearts of the Netherlands. Sederginne is an internationally booked talent, including his own show on Mykonos. Sederginne’s main message: “Drag is fun!”