Diana Trout is a force, but so is Miriam Shor. The Younger actress has cemented her status as TV’s favorite ruthless, but lovable (and often hilarious) boss. And she’s about to embark on a whole new season—and a whole new side—of Diana Trout.

From workplace shakeups to surprise pregnancies and romantic triangles, the Season 5 finale of Younger left fans with a lot of unanswered questions. But on a phone call with BAZAAR.com, Shor promised we can expect “a lot to be revealed” along with a “giant range of emotions—especially for Diana” in Season 6. Yes, the statement necklace queen is about to show some range beyond the accessory department.

Shor reveals what we can expect from Season 6 of Younger, how playing Diana Trout empowered her to pursue directing opportunities, and the significance—and bruising—behind those statement necklaces. 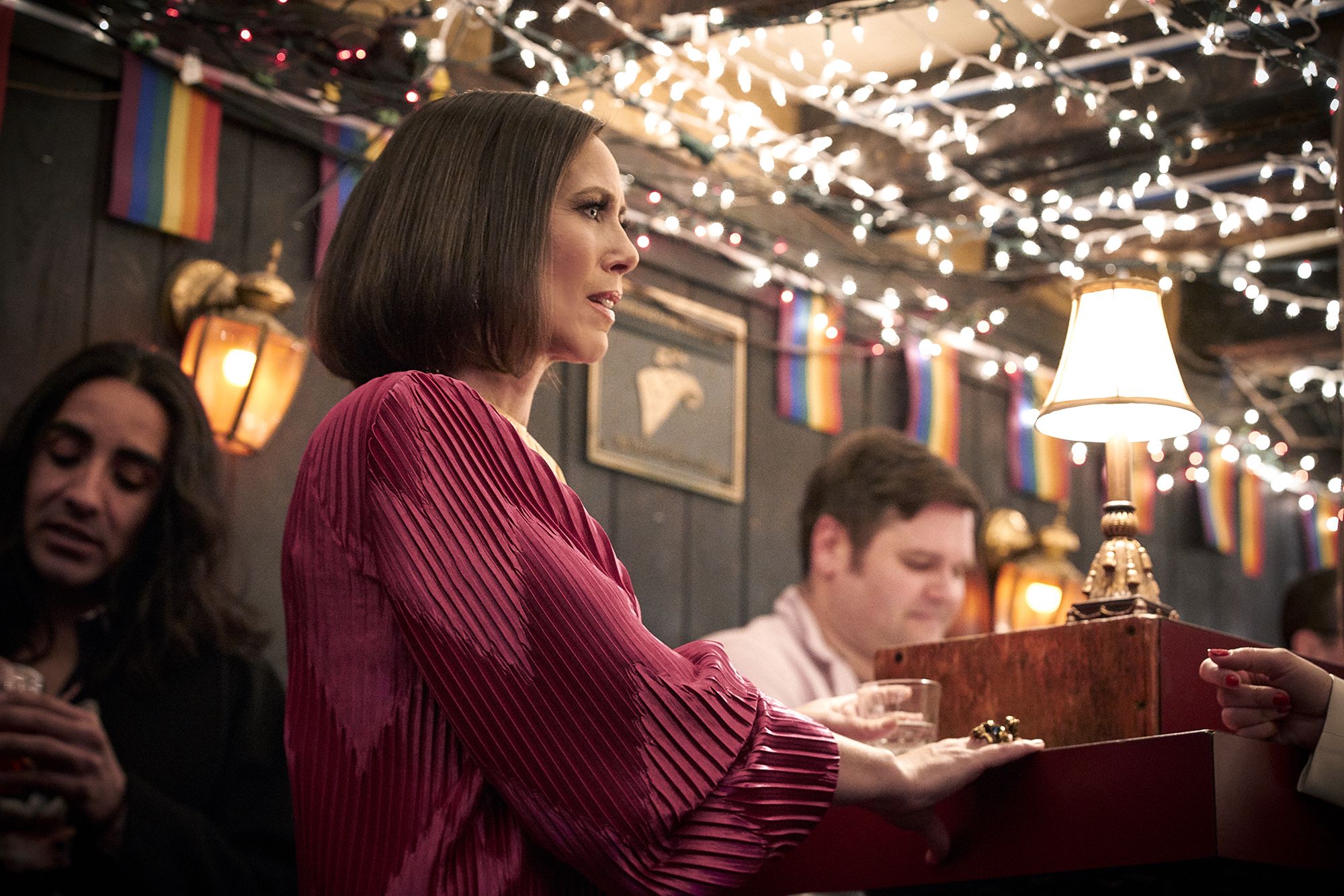 Harper’s BAZAAR: Season 5 left us with a lot of cliffhangers and uncertainty. What can we expect from Season 6 without giving any spoilers away?

Miriam Shor: A lot is revealed in Season 6. It’s a big emotional season for Diana, believe it or not. I get to do some acting! It’s a giant range of emotions and it ends in a big finish, especially for Diana.

It’s a good season, man. Every time I’m like, ‘What are they going to do this season, how are they going to top it?’ And they just keep doing it. The writers are great. Also, I think at this point we’re so invested in all the characters, we really care about them now. So it’s not just about plot twists, it’s also about their lives and relationships, I think that really frees you up as a writer. 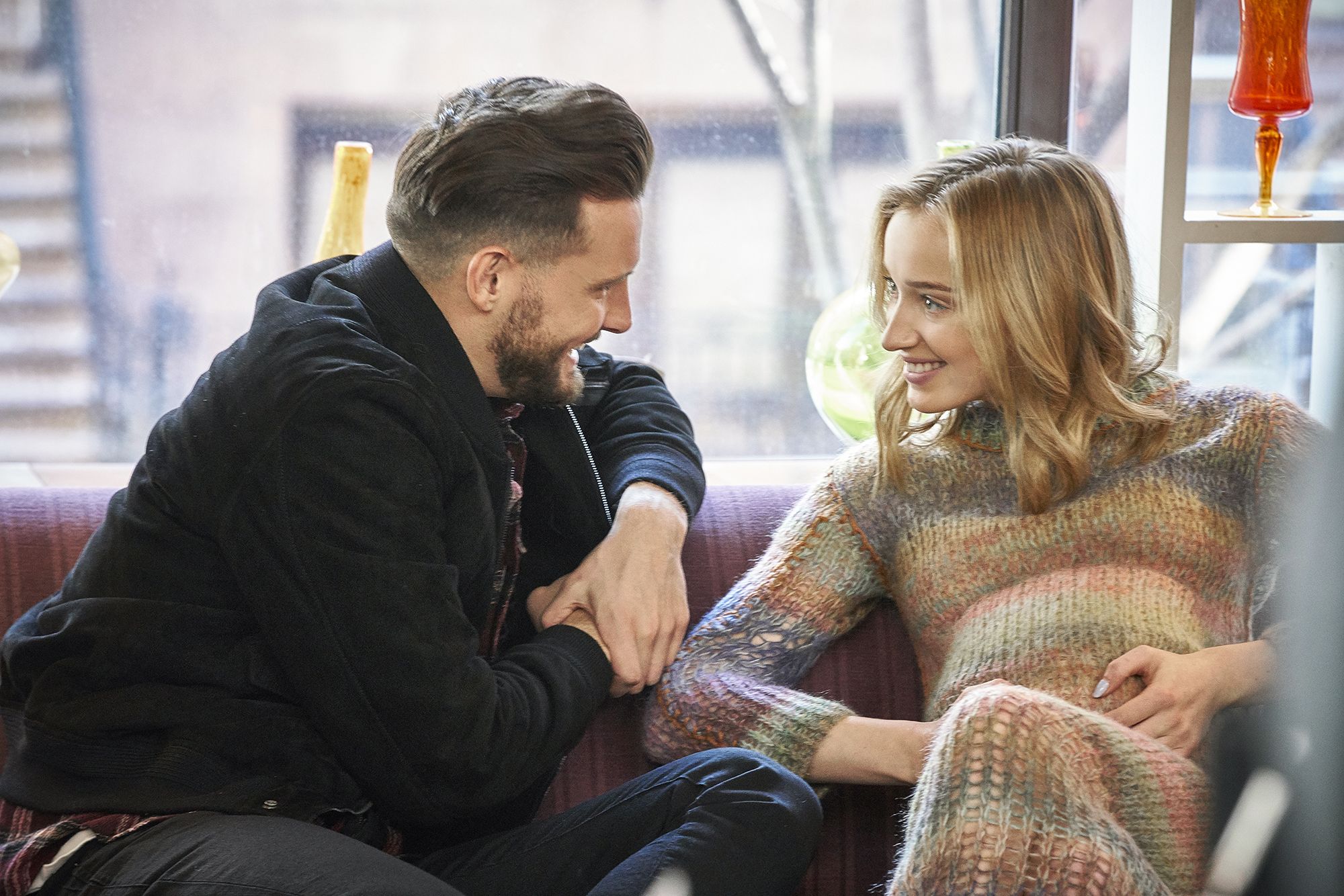 HB: Diana is such a confident and assertive powerhouse. What has playing a character like that taught you personally?

Diana’s sort of unapologetic agency to be a boss and to have confidence in her own abilities has really helped enable me to ask to direct. And to feel that kind of confidence while being a boss is interesting. I’m the kind of person who tends to apologize for everything. She’s the kind of person who would never apologize, especially if it wasn’t her fault. It’s very empowering.

HB: Last season you made your directorial debut and you’re directing another episode in Season 6. Did Diana’s character play a role in empowering you to feel like you could ask to direct an episode?

MS: She did. Just feeling the confidence, the agency, never asking ‘Why me?’ and instead feeling like, ‘Of course me! I’m incredibly capable.’ To play that person over and over again, you wear that for a while and you’re like, ‘Well this feels good!’ But more than that, you start questioning, ‘Why do I not feel this way all the time? Why do I second guess myself so much?’ It was obviously not just playing Diana. It was also a sign of the times that we’re in right now and I had to question why I didn’t feel the agency to ask for things myself. 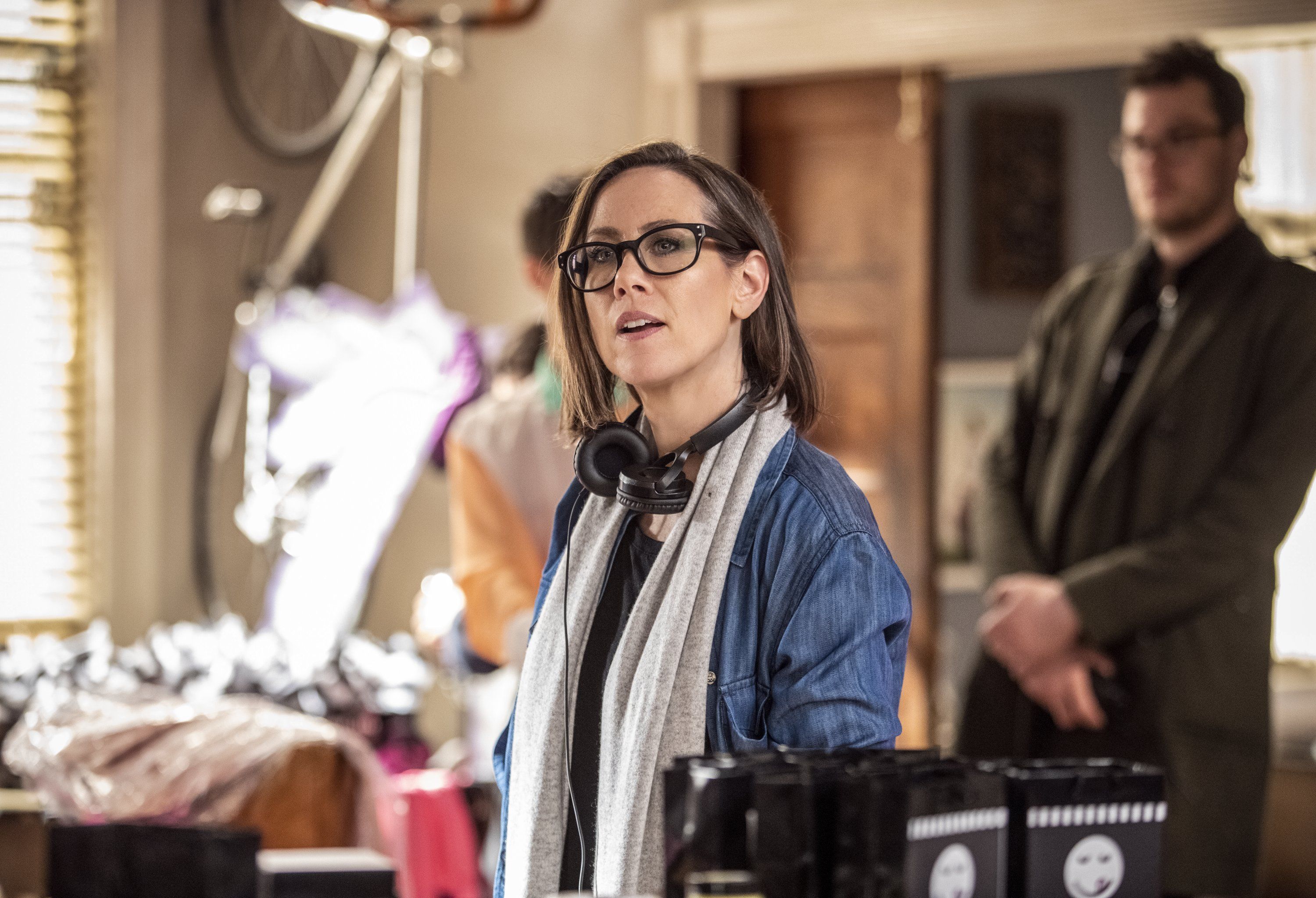 HB: While she’s funny and entertaining to watch, I think Diana’s character is also so important right now. For women to see someone who’s not afraid to go for it and be unapologetically strong and powerful at the office is really inspiring.

MS: Yeah, and as prickly as she can be, the reason that she can be insufferable, which we know she can be, is because she is incredibly narcissistic. So, that’s not a plus, but she has the highest of standards for herself, as well as for everybody around her. That’s where a lot of her difficulties lie—she just can’t suffer through people not doing as good a job as they can do.

What ends up happening in her relationship with Liza is that she comes to really believe in Liza and be a champion for her, Kelsey, and even Lauren, instead of just relying on this age-old trope that women are catty and bitchy to each other all the time. Certainly Diana can be bitchy, but she actually is supportive of them in her own way. I like that, I like that that was the way the writers wrote that.

HB: Diana has become so well known for her huge statement necklaces. Is her style anything at all like your own?

MS: It’s the exact opposite! We could not be more different. I favor whatever is most comfortable. If I could just walk around in pajamas 24/7, that’d be my go-to. I’ve left or attempted to leave the house in clothes that my husband’s been like, ‘Yeah, those are not outside clothes.’ But I don’t wear any jewelry, to the point where I don’t even wear a wedding ring because jewelry is just not my thing.

HB: And some of the necklaces are probably really uncomfortable to wear, they’re so huge!

MS: I’ve literally bled and bruised with the jewelry I’ve been wearing on this show. I don’t know if you remember the one from last season that was two flamingo heads meeting in the middle. I loved that necklace, I tried to get it to go with every outfit when we would have fittings and we finally found the perfect outfit for it. I loved the dress I was wearing with it, but I had bruises for a week because of that necklace. Bruises all over! It was so heavy, but it was so perfect that I was like, ‘I have to!’ I don’t have a choice, the fans need it. I will suffer for Diana’s fans. 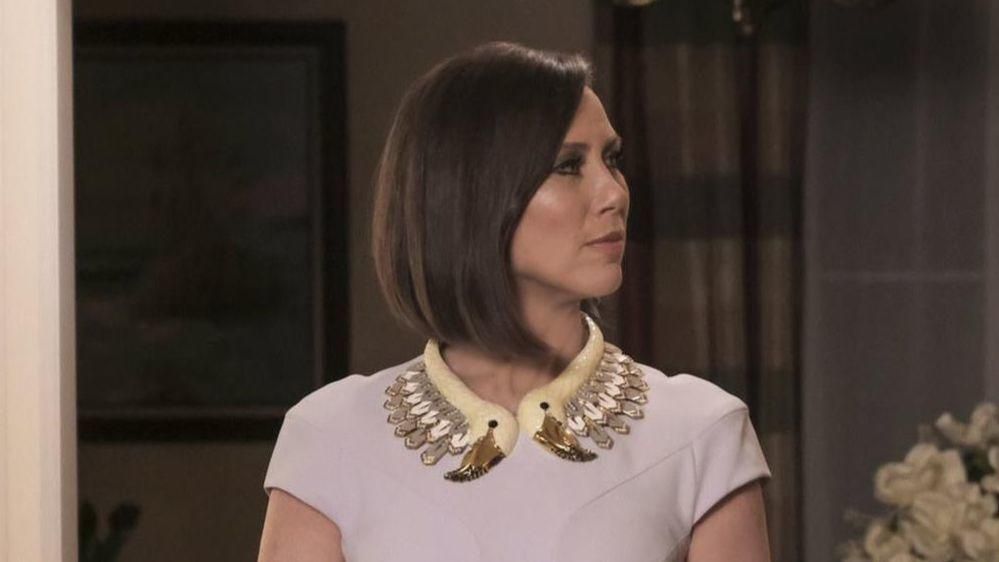 I did wear a necklace this season that was just extraordinarily heavy. I had to sort of crumple to the ground in it, you’ll see why when you watch the show. Then getting back up with the necklace, I was like ‘Actually I need a hand! I’m going to need someone to help me because this is heavy.’ Is it a necklace or is it a chest plate, really? I mean, I could joust with that and be safe. I think it definitely is armor, it’s an expression and protection of herself at the same time.

HB: Last season, Diana and Enzo ended off on a really sweet note. How do you think that their relationship has evolved her as a character on the show?

MS: Oh, I think it’s fantastic. He’s such a good foil to her because he sees through all her bullshit. And loves it—he loves her. That’s very disconcerting for her, anything that throws her off kilter is fun. It’s what we want to see, it’s interesting, and even more so to play. He’s not a person she thought she would end up with at all, and that keeps throwing her for a loop, and yet he’s exactly the right person for her.

I think that’s true to life in so many ways. [Laughs] My husband is in the room and he just looked at me like, ‘What do you mean?!’ No, I mean I feel like you were perfect immediately, of course! But you might have this fantasy in your head of what true love or the perfect person is, but real life is always more interesting and it’s never predictable. I like when she’s vulnerable. She’s so strong and steely, but there’s chinks in her armor and you realize that underneath she really is an emotional person. That’s probably the reason for all of that armor.

HB: Switching gears to another relationship on the show: Ae you Team Josh or Team Charles, and which one do you think Diana would be?

MS: First of all, I’ve always said that I am Team Liza. Staunchly because I don’t want to choose. I think Diana would be Team Charles, just because in her mind he’s the perfect man, you know what I mean? And she just hasn’t had much contact with Josh at all, so it’s like that’s sort of a no-brainer for her, because who wouldn’t want Charles? Much like she’s like, who wouldn’t want me? 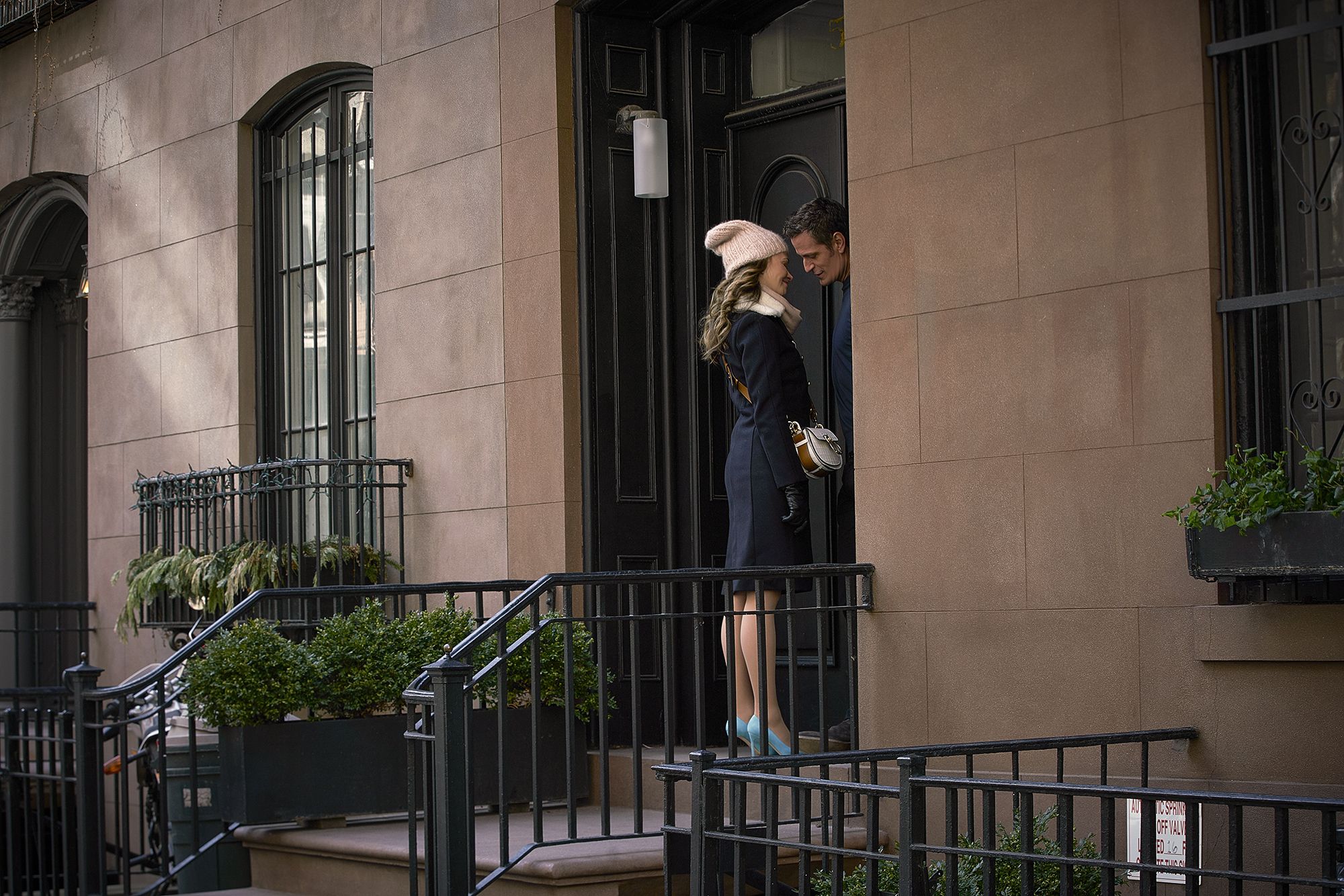 HB: And we love that confidence.

MS: That’s another conflict, I don’t have that kind of confidence. But I’m like, good for you Diana!

HB: Along with directing, do you have any other behind-the-scene goals you’d like to accomplish on upcoming seasons?

MS: Oh, that’s interesting. I spend a lot of time in the writer’s room, but mostly it’s just chatting and eating their snacks and I think there might be more to writing than that. I’m pretty sure there’s a little bit more work involved than just downing a good bag of popcorn and chatting.

I’ve always held writers of every kind in the highest esteem, sort of an echelon that I could never get to. And I have a great deal of insecurity about it, so it seems to me that I should probably challenge myself with that on some level and do a lot of terrible, terrible writing for a while and see how that goes. You can’t get good until you do bad. You’ve got to be a horrible writer before you can be a good one. I’m very confident that I can be a horrible writer, so there’s that.

HB: What advice would you give to your twenty-something self?

MS: Don’t stress so much about what others think of you. Just remember what you want to do and don’t worry about judgment. Be safe, but don’t worry about judgment. You stress a lot in your twenties about like, ‘Who am I? Is this right?’ And you spend an awful lot of time worrying about what other people think of you or whatever. It’s a waste of time. 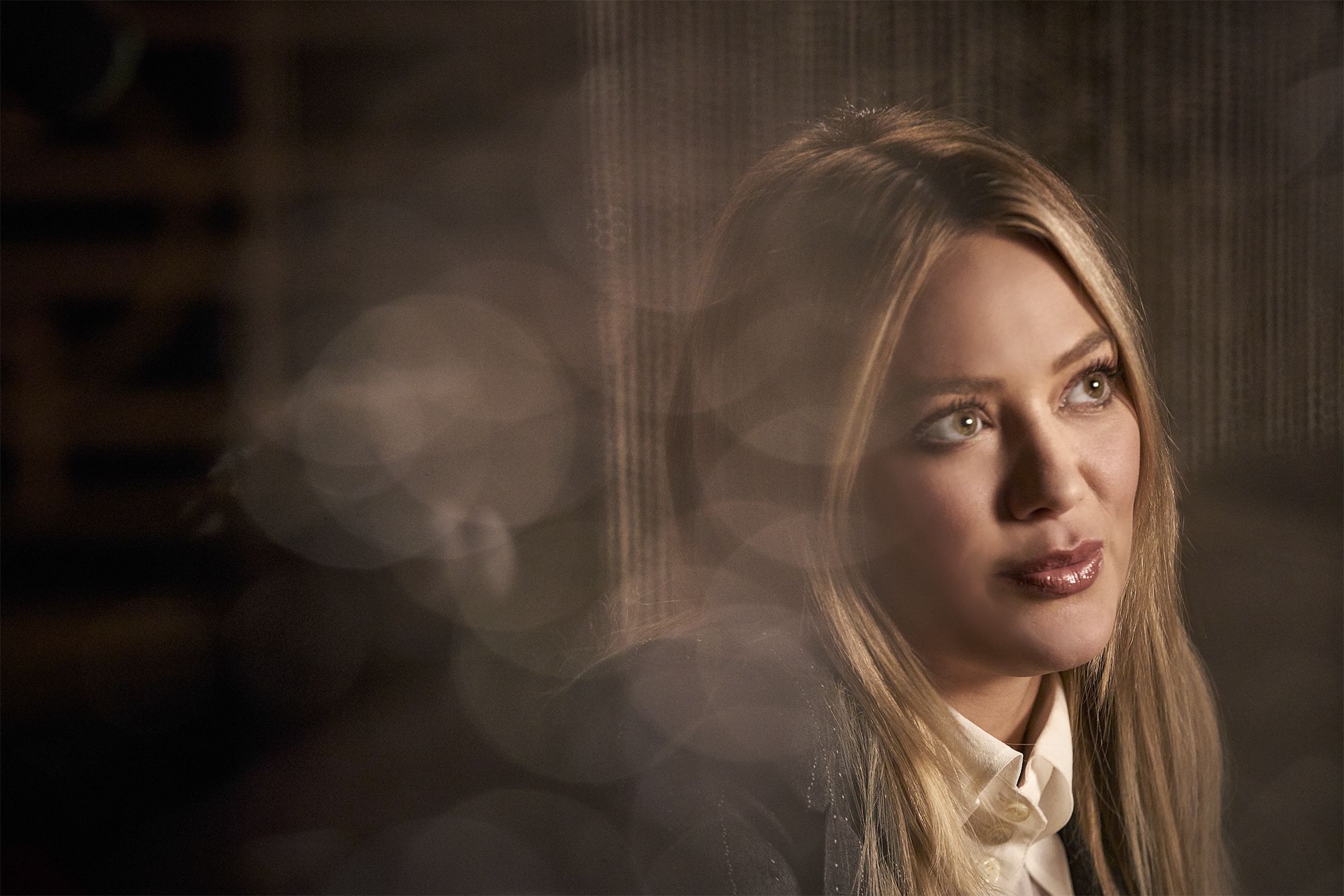 HB: Diana is still the last person not to know Liza’s secret. Is this the season she’s finally going to find out? Can you give us a hint at all?

MS: Well, I’ll just say that many things are revealed, but not necessarily in the way you think—nor in the order you think.

HB: If she does find out, how do you think she’s going to react?

MS: I never knew how she would react. I always hoped she would understand what Liza did and why, because she’s someone who respects people who work hard to get what they want. And that is certainly why Liza did it. She didn’t do it because she’s a sociopath who felt like lying. She did it because no one would give her a job. She deserved to have a job. I always hoped that she would ultimately understand that. But when it comes to the initial blow, I never knew how that was going to go, and that’s all I can say about that.

HB: What do you think that women in the workplace can learn from watching Younger?

MS: There’s a lot of women who take risks and believe that they can do the job and be the boss, like Kelsey, Lauren, Diana, and of course, Liza, and Maggie. All the women believe in their capabilities to the point where they’re willing to take huge risks for them. That’s inspiring, and it’s a great message. Don’t wait for someone to say, ‘All right, I’ll give you a leg up,’ but actually ask for it or seek it or work for it.

The sixth season of Younger premieres on Wednesday, June 12.