The Love Island beauty saw her man win his latest bout on BT Sport last night, and while he was untroubled by his opponent, it was still stressful for Molly. 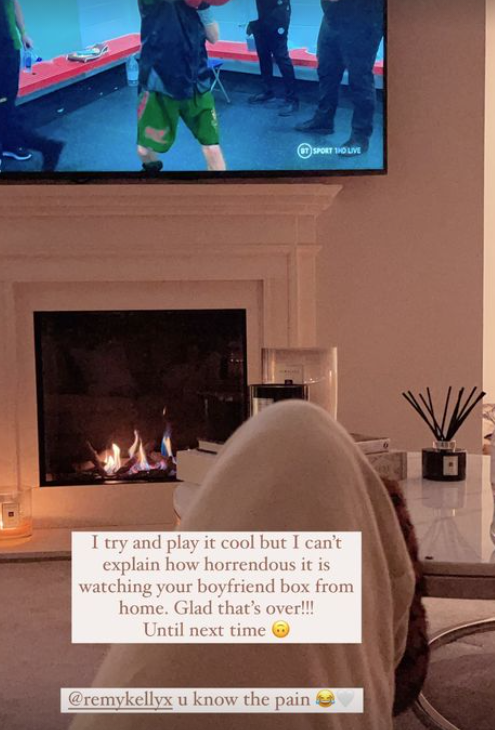 After cheering her man on from the sofa, she wrote on Instagram: "I try and play it cool but I can't explain how horrendous it is watching your boyfriend box from home. Glad that's over!!! Until next time."

She then name-checked her friend and fellow boxing Wag Remy Kelly, writing: "u know the pain."

Remy is in a relationship with professional boxer Josh Kelly, who suffered his first professional loss last week to Russian David Avanesyan.

Molly designed the shorts Tommy wore in the ring last night, and she couldn't have been more proud as he dispatched of Scott Williams by TKO. 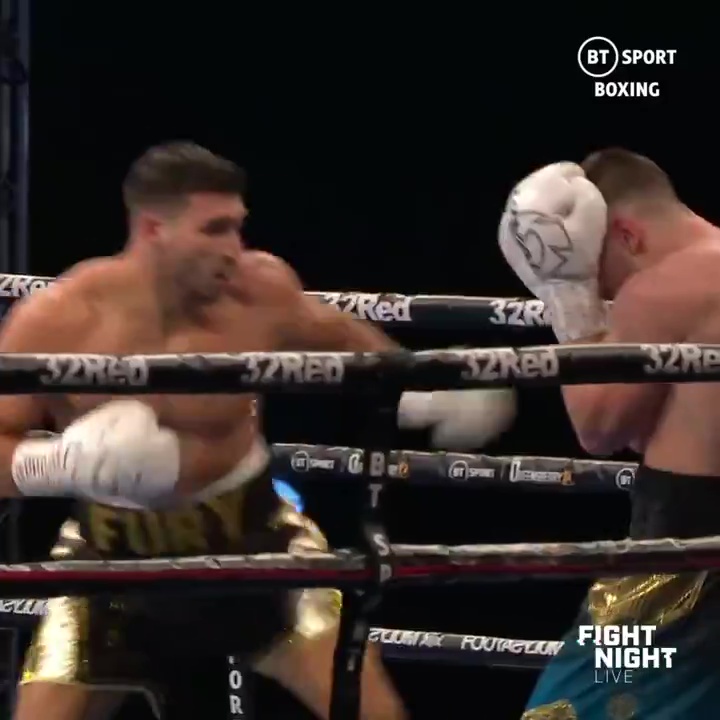 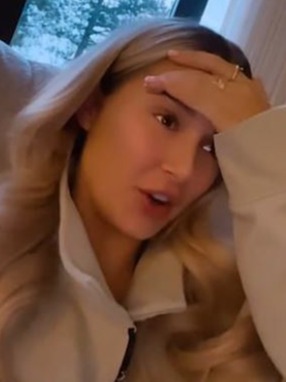 It takes Tommy to five wins on the bounce as continues his progression through the pro ranks.

After his win Molly joked her man will gorge on junk food after a gruelling training camp. 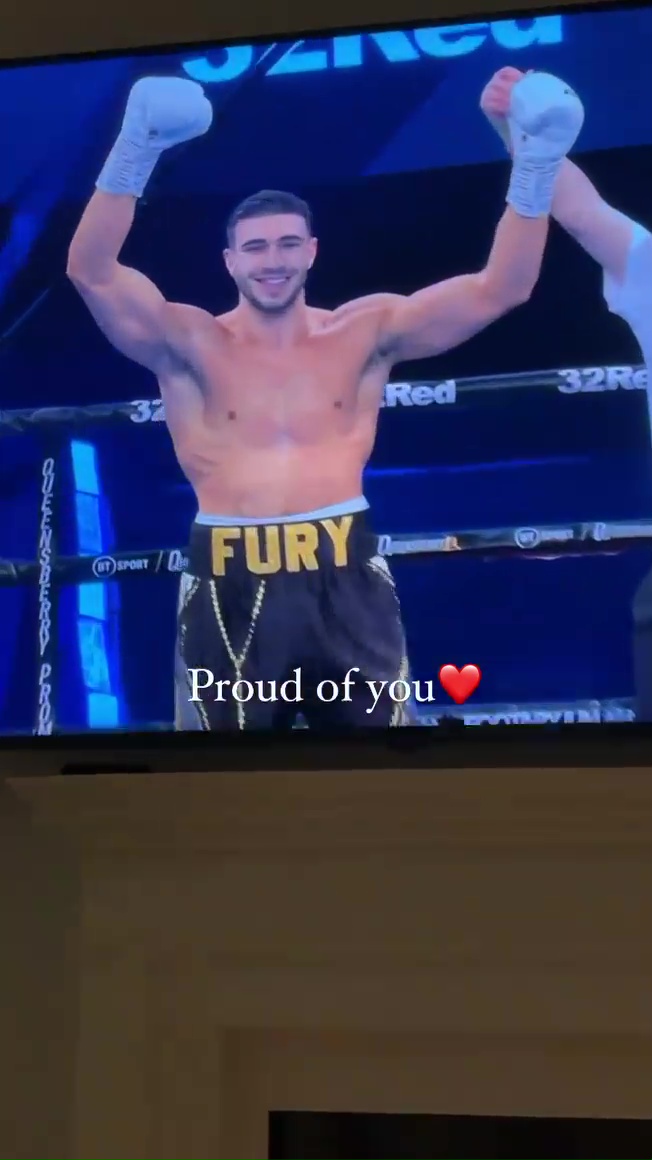 She recently splashed out on a romantic gift for Fury on Valentine's Day – giving him a Cartier ring.

The 21-year-old reality star surprised her beau with the mega pricey present as they celebrated their second Valentine's Day together. 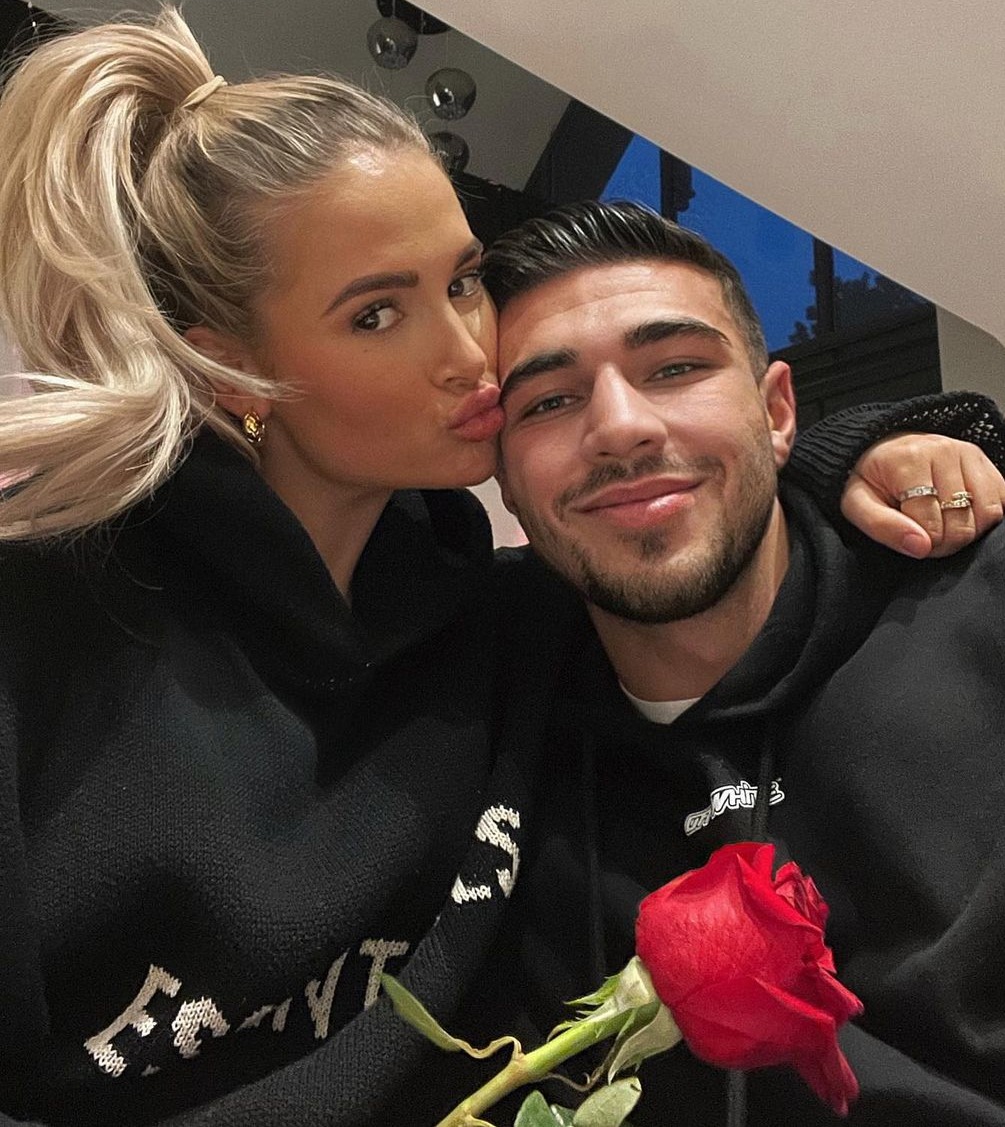 The ring, worth an estimated £1,500, had an engraving of the date they became a couple along with their initials.

Tommy, 21, also pulled out all the stops as he planned a Harry Potter themed movie night.

The boxer treated his social influencer girlfriend to a cosy candlelit evening complete with fireside and rose petal display. 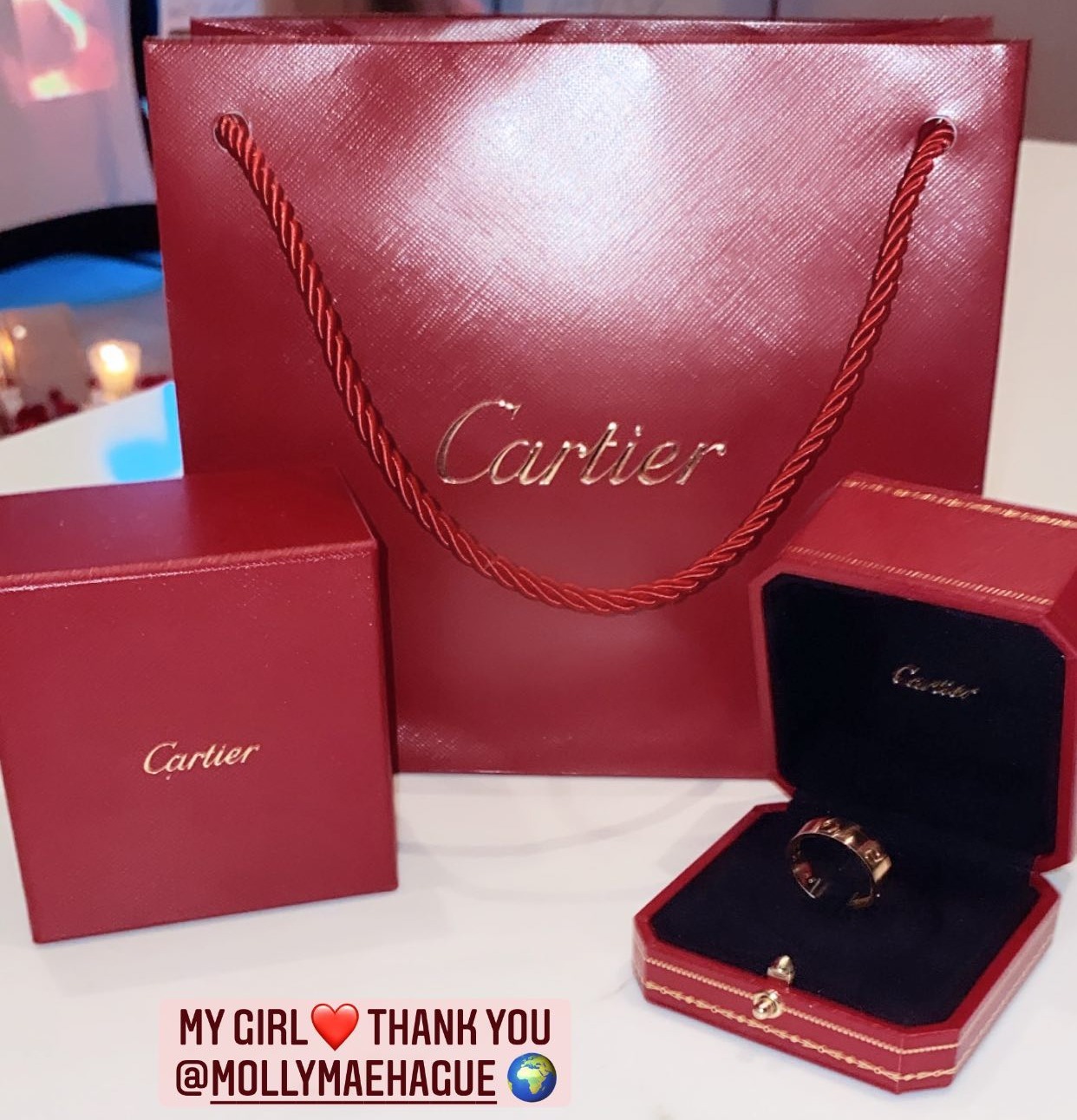