Monica Lewinsky says she’s had to relive the darkest time in her life while serving as a producer on Ryan Murphy’s FX show, Impeachment: American Crime Story.

In Impeachment, Beanie Feldstein takes on the role of Lewinsky, a 22-year-old White House intern during Bill Clinton’s presidency, who disclosed to her friend, former Defense Department employee Linda Tripp (Sarah Paulson), that she had a relationship with the president that was sexual in nature. Tripp taped these conversations without Lewinsky’s knowledge, and brought to light Clinton’s infidelity. This led to the country’s first impeachment proceedings in over a century.

“You go to bed one night a private person, and the next day you’re a public human being and the whole world hates you. And you might go to jail. And you’re going to bankrupt your family. And, and, and …” she recalls to The Hollywood Reporter in a new cover story, which also includes an interview with Feldstein.  “And just because I wasn’t on the news every night for 20 years in the same way that I was in 1998 doesn’t mean that this story ended. Ten years on, I still could not get a job. I couldn’t support myself.”

Lewinsky reveals that she hired a therapist to sit with her via Zoom while she did notes for the series, so she wasn’t alone.

“Because it’s hard,” she says. “It’s really hard, especially with the dramatic license that needs to be taken.”

Lewinsky, 48, was hesitant when she heard about the project years ago, but Murphy approached her about being a producer, insisting the series will focus on the women involved and their point of view.

“Of course I have a number of selfish reasons for wanting to participate,” she says, “but a big goal for me is that this never happens to another young person again.”

As for Feldstein, Lewinsky recalls first seeing the 28-year-old actress in another project and noticing a resemblance before she was ever cast in the role.

She remembers thinking, “God, she reminds me of me at that age.” 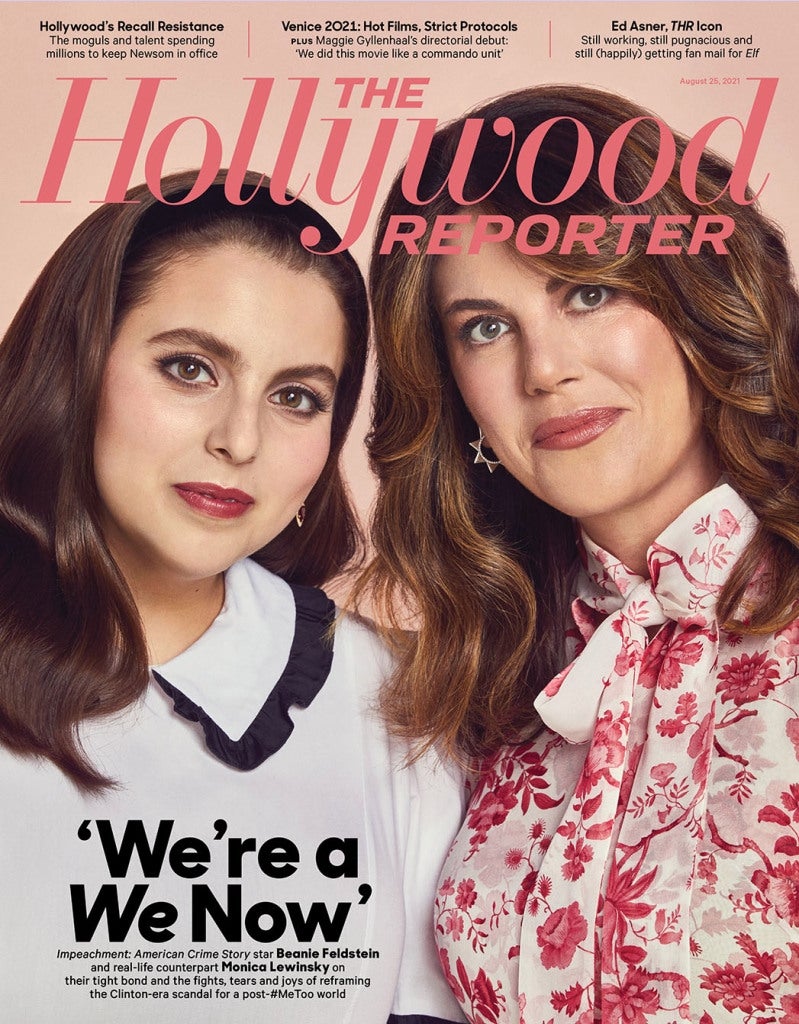 They first met in March 2020 in Lewinsky’s New York City apartment and got to know each other well. Though Lewinsky was heavily involved in the series, she was never on set when Feldstein filmed.

Lewinsky didn’t shy away from difficult topics, even those that personally affected her. Script writer Sarah Burgess notes that she wanted to do right by Lewinsky and initially cut an infamous scene involving her flashing her thong, but the former White House intern insisted on putting it back in.

“Listen, I would’ve loved to have been really selfish and said, ‘That’s great that you guys think we don’t have to show that, fantastic,’ but I’m incredibly experienced in understanding how people see this story,” she says, noting she’d be blamed for its absence whether she was involved in the project or not. “So, ultimately, I felt two things: One was that I shouldn’t get a pass because I’m a producer; and two, that it was unfair to the team and to the project because it would leave everybody vulnerable.”

The only area where Lewinsky did not provide input was for the intimate moments between the Clinton family for a “myriad, obvious reasons.”

Meanwhile, Feldstein tells THR that she was like a “deeply protective” bodyguard for Lewinsky, noting, “All I care about is what Monica thinks.”