Documentaries are front and center at this year’s Telluride Film Festival, far more than usual, with 18 new releases in the main program (not classics) and a total of four from NatGeo Documentary Films. How did that happen? NatGeo is no stranger to quality nonfiction, from Oscar, BAFTA, and Emmy-winning “Free Solo” to Oscar-nominated Syria-under-siege documentary “The Cave.”

For one thing, one of the films booked for last year’s canceled festival is in the 2021 selection, as TFF co-director Julie Huntsinger welcomed rookie filmmaker Max Lowe back with “Torn,” the true story of a family hit hard by the loss of his father, legendary mountaineer Alex Lowe, killed in a Tibet avalanche in 1999. 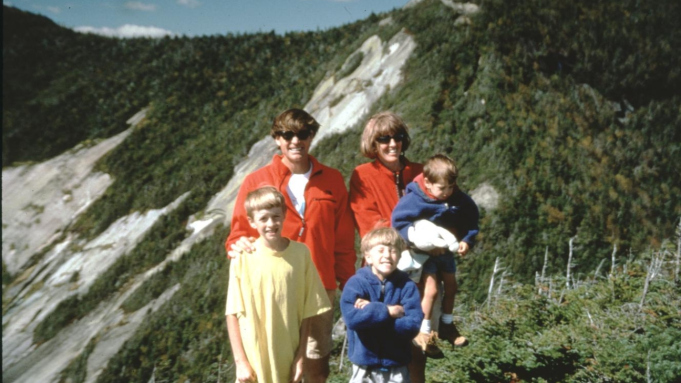 This movie will play well to local Rocky Mountain crowds. “A lot of people in the Telluride community know the family,” Huntsinger told IndieWire. “The story is well-known in the climbing community. The story is incredible, and dare I say, even better than ‘Free Solo.’”

Well, Huntsinger admired the Oscar-winning filmmakers who made that film, E. Chai Vasarhelyi and Jimmy Chin, enough to invite back their new feature “The Rescue,” a likely Emmy contender, about the daunting 2018 cave rescue of a dozen Thai soccer players by a rapidly assembled team of expert cave divers from the UK, Australia, and China.

When NatGeo’s first choice, “Touching the Void” filmmaker Kevin Macdonald, withdrew in order to direct “The Mauritanian,” NatGeo had an open directing assignment. Vasarhelyi approached Bernstein and told her, “Jimmy and I are perfect for it.” NatGeo and producer John Battsek concurred.

“You’re on the edge of your seat,” said Bernstein. “It’s incredibly suspenseful. But all those kids live. It’s a Disney story. It falls into the truth is stranger than fiction category, which is always a great way to tell these stories.” 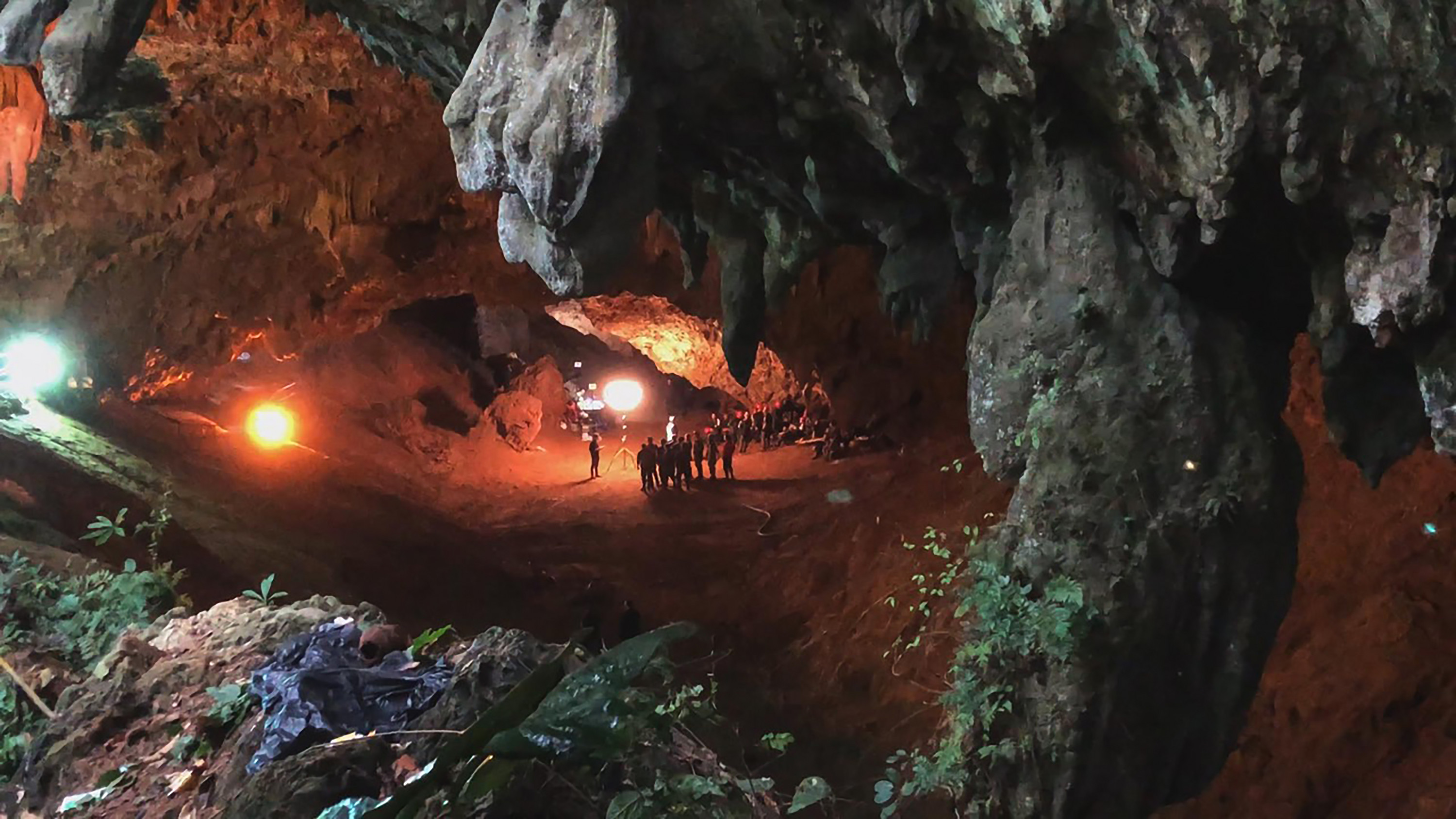 E. Chai Vasarhelyi and Jimmy Chin’s “The Rescue” chronicles the 2018 rescue of 12 Thai boys and their soccer coach, trapped deep inside a flooded cave

During the pandemic, as soon as she could, Vasarhelyi flew into Thailand to check out local archives. “She found a treasure trove of footage,” said Bernstein. “And that has made the movie deeper, richer, and more complex. Now it’s about the cross-collaboration between a whole bunch of heroic Thai nationals and British and Australian cave divers.”

Also diverted from a Telluride launch last year was Stacey Abrams’ “All In: The Fight for Democracy,” from two-time Oscar nominee Liz Garbus (“The Farm: Angola USA,” “What Happened, Miss Simone?”), who debuted “Love, Marilyn” at Telluride 2012.

This year Garbus is back with “Becoming Cousteau,” a strong Oscar contender, which Picturehouse will release in theaters on October 22. This enlightening archival deep dive reveals French filmmaker Jacques-Yves Cousteau’s transformation from ocean explorer and one-time oil exploiter to film and television producer and activist protector of the sea. (See our exclusive poster and trailer below.)

Without using any talking head interviews, Garbus plowed through 550 hours of archival material, finding some never-before-seen footage, and allowing Cousteau’s films, television shows, writings (read by Vincent Cassel) and hours of audio recollections to recount his story. Red-capped Captain Cousteau, like many driven adventurers, was happier on his beloved ship the Calypso than at home. So was his first wife, Simone Melchior, “The Shepherdess’ of the Calypso, as their two sons attended boarding school; for a time grown-up Philippe joined his father’s mission with the Cousteau Society and its environmental crusade.

“I think of The Calypso as Peter Pan,” said Bernstein. “It’s a bunch of guys who didn’t want to grow up and off they went and had these wild adventures. There’s a lot of meat on the bone. Liz has found the fascinating character.”

The fact that Cousteau, who pioneered scuba diving, was a prolific filmmaker gave Garbus access to films that won awards from Cannes to the Oscars, as well as his long-running television show that finally was driven off-air by its downbeat environmental message. He authored over 50 books on his life on the sea (spoofed in Wes Anderson’s “The Life Aquatic with Steve Zissou”).

“It took a great mind, tremendous bravery and a pioneering spirit to do what Cousteau did in his lifetime,” said Garbus. “And today we are surrounded by imagery and technology that exists because of him.” 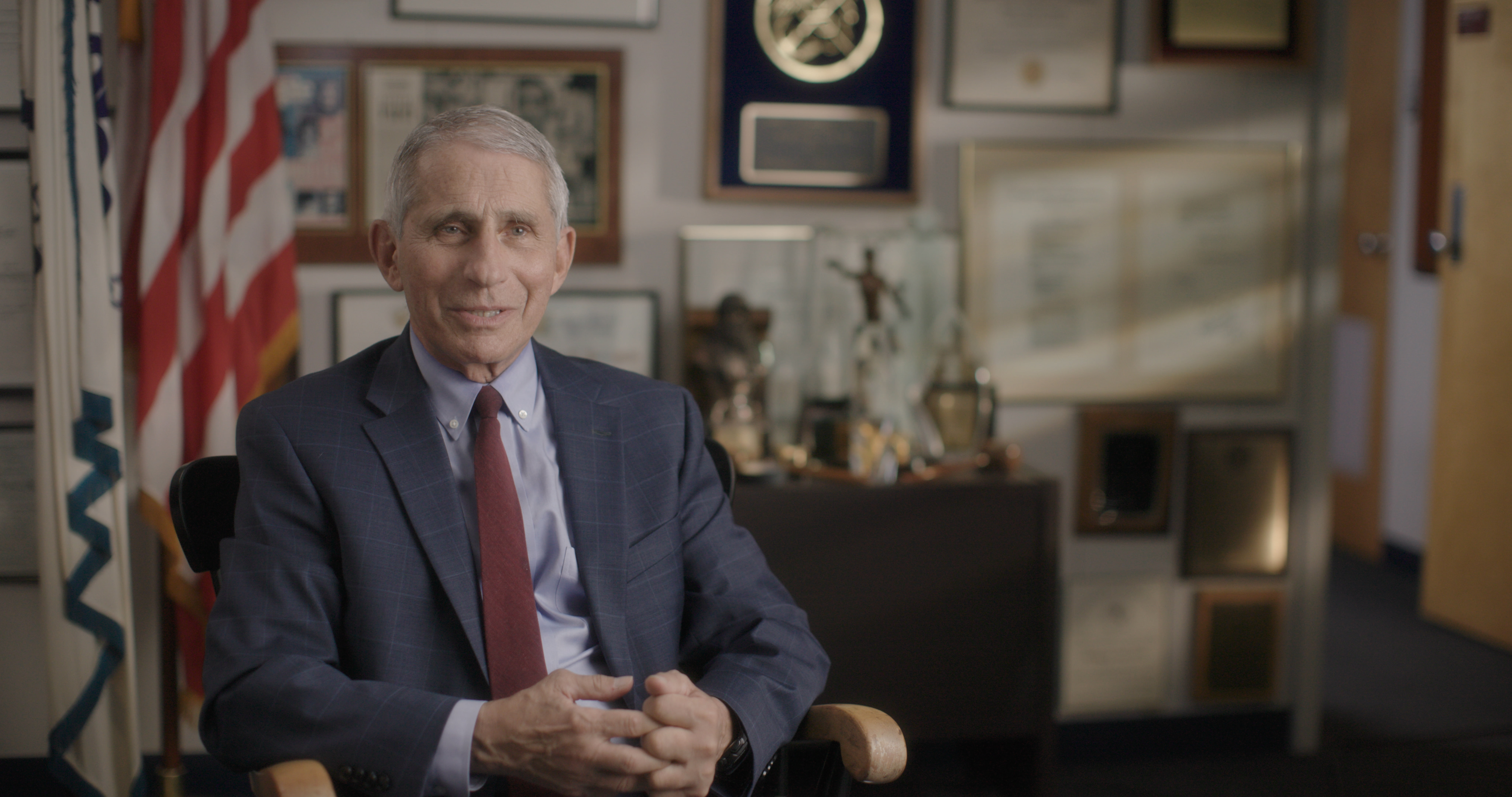 Dr. Anthony Fauci in seated interview in his office at the National Institute of Allergy and Infectious Diseases

The fourth Telluride subject was won by NatGeo in a bidding war. “We ponied up,” said Bernstein. “We’re very competitive when we feel like something matters. It has to make financial sense, but is it a subject and a filmmaker and a story we think will be transformative for our brand, elevate and amplify it? Our audiences look for substantive storytelling from us.”

“Fauci” (September 10, Magnolia) also tracks a famous man’s career arc, from Brooklyn-born medical school grad Anthony Fauci’s decision to stay at the National Institutes of Health, where he has long served as the Director of the National Institute of Allergy and Infectious Diseases and the Chief Medical Advisor to seven presidents, to his valiant battles against such scourges as the AIDs epidemic and Ebola, and most famously, COVID-19. (The film will debut on Disney+ in October.)

To direct “Fauci,” NatGeo and producer Dan Cogan put together two Emmy-winners, John Hoffman and Janet Tobias, who had already established a relationship with Fauci at the NIH. Clearly, Fauci is comfortable with the filmmakers, whether at home with his wife and three daughters, in the car, or in his office. The movie shows Fauci, who has a spine of steel, using the F bomb and, at several points, choking up. Why was he so moved? “PTSD,” he said.

What he went through in the ’80s during the AIDS crisis, as gay activists like Act Up’s Larry Kramer vilified Fauci and the NIH for dragging their heels on AIDS research, helped to fortify him for dealing with truth-defying President Trump during COVID. Mainly, Fauci listens to others and sticks to facts. Some of those activists are still friends with the immunologist; Peter Staley checked in with the 80-year-old to make sure he was holding up during the long pandemic siege. “Every once in a while his Brooklyn comes out,” said Bernstein. “You see a little bit of the street fighter in him.”