The NCIS Season 19 finale will be intense, according to executive producer Steven Binder. Here’s what to expect during the final episode of the season and the unfortunate situation Alden Parker (played by Gary Cole) finds himself in.

Alden Parker is framed for murder on ‘NCIS’

Agent Alden Parker will be the focus of the season finale. (Here’s when the NCIS Season 19 finale airs). In this episode, Parker is framed for murder. Thankfully, he has the support of his team, so he will lean on them to help him get through this trying time. Another thing to be thankful for is that Parker’s life isn’t in danger. Binder tells TV Insider that the person framing him will get more out of “Parker being disgraced rather than killed.” We’re starting to really like Parker, so we don’t want to see him gone just yet.

Binder says Parker doesn’t sit back while his accuser tries to ruin his life. Instead, he fights for himself and does whatever he can to clear his name. Parker is not one to back down from confrontation, so it will be interesting to see how this all goes down.

One way Parker fights back is to join forces with his ex-wife (they’re still on good terms) Vivian Kolchak (played by Teri Polo). According to Deadline, Parker’s ex-wife used to be an FBI agent, but she decided to make a change after their divorce and works as a paranormal investigator for the Department of Defense.

The ‘NCS’ ‘family’ pulls together

Being framed for murder is frightening and stressful, but McGee (played by Sean Murray) and the rest of the team has his back. TV Insider says McGee steps up for Parker because he helped Gibbs (played by Mark Harmon) during his time of need. Parker is under a lot of pressure, so McGee takes over and leads the team during this time.

Torres continues to struggle with loss 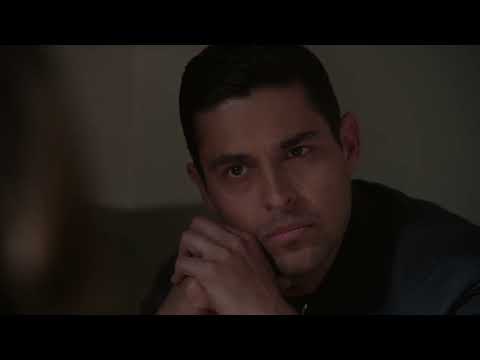 It has been a while since Gibbs left NCIS, but Torres (played by Wilmer Valderrama) is still struggling to manage his feelings. The combined loss of his father, Bishop, and Gibbs has been too much for him. During one of his sessions with Dr. Grace Confalone, it was revealed that he has been drinking to try to numb the pain.

When Dr. Grace asks Torres if he wants to be sober, he says yes. He’s ready to get sober and move on with his life so he can finally be happy. He doesn’t want to simply get by. This is a big step for Torres. Before, he was heading down a self-destructive path. He said no one was left to care about him, so he didn’t even want to try anymore.

Binder says Torres has been “pulling away” and becoming more withdrawn, but he will eventually make a turnaround. “He’s pulling away,” Binder tells the publication. “The family’s going to pull him closer.”

RELATED: ‘NCIS’: How the Season 18 Finale Compared With the ‘NCIS’ Season 17 Finale