For over a decade, Marty Deeks (played by Eric Christian Olsen) has been keeping NCIS: Los Angeles fans gripped – in tears and in stitches – during his time in the CBS drama. Alongside on-screen wife Kensi Blye (Daniela Ruah), Deeks is undoubtedly one of the show’s most popular characters and with a 13th season in the pipeline, his popularity is only bound to grow. However, it isn’t just on NCIS: LA and through Deeks where Olsen has enjoyed success as he confirmed Hulu series Woke has finally begun filming season two.

Olsen acts as executive producer on the series, having been involved with the project from the very beginning.

While the NCIS: LA actor hasn’t appeared on-screen in Woke yet, the likes of Lamorne Morris and Blake Anderson among others have had no problem making the comedy a hit with Hulu subscribers.

The official synopsis for the series reads: “Keef (Morris) is an African-American cartoonist on the verge of mainstream success when an unexpected incident changes his life.”

And eight months on from its arrival on Hulu back on September 9, 2020, Olsen shared on Instagram his colleagues’ posts confirming season two is now well underway. 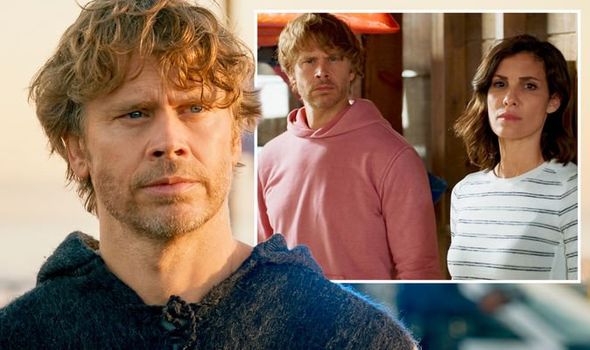 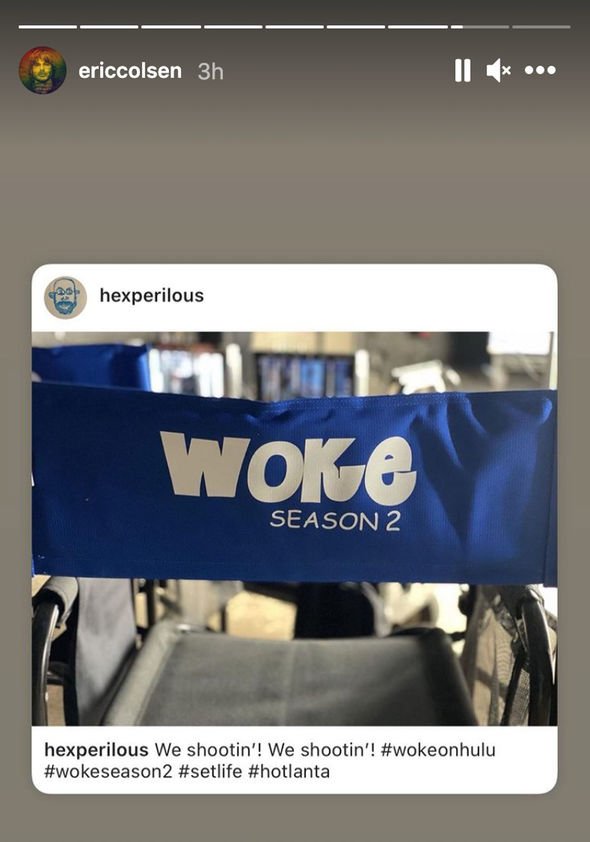 Sharing a snap of his deckchair on set, Todd penned: “We shootin’! We shootin’! #wokeonhulu #wokeseason2 #setlife #hotlanta.”

“And So it Begins….#wokeseason2,” Knight penned on Instagram, alongside a snap mirroring that of Todd’s. 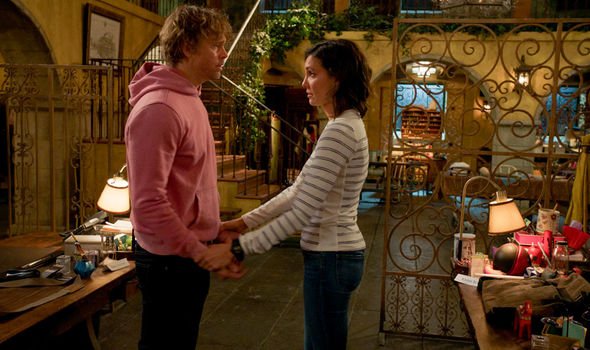 However, it wasn’t just the talent behind the Woke cameras who’ve caught Olsen’s eye now filming has begun.

Upon his return to set, lead star Morris shared a clip of his own chair from the studio – only to reveal his name had been spelt wrong.

Angling his camera to reveal the misspelling, Morris’ name had instead been written as “Lamorne Harris”.

Inevitably, many of the actor’s one million followers commented with their messages of amusement, including Olsen.

The NCIS: LA star spotted the opportunity for a joke as he quipped: “The person responsible has been banished back to the CW.”

With filming on Woke only just beginning, the second season is yet to receive an official release date.

But away from his work on the Hulu comedy, Olsen will be back for season 13 of NCIS: Los Angeles with filming right around the corner.

The CBS drama came to a dramatic close in season 12 with the departure of two of the show’s longest-serving stars.

Nell Jones (Renee Felice Smith) said an emotional goodbye to her colleagues after a decade within the team.

And she wasn’t alone as partner Eric Beale (Barrett Foa) drove into the sunset with her, again having spent the best part of 10 seasons fighting crime.

Fans will have to tune into NCIS: LA season 13 when it arrives to see just how Nell and Eric’s exit affects Deeks and those around him.