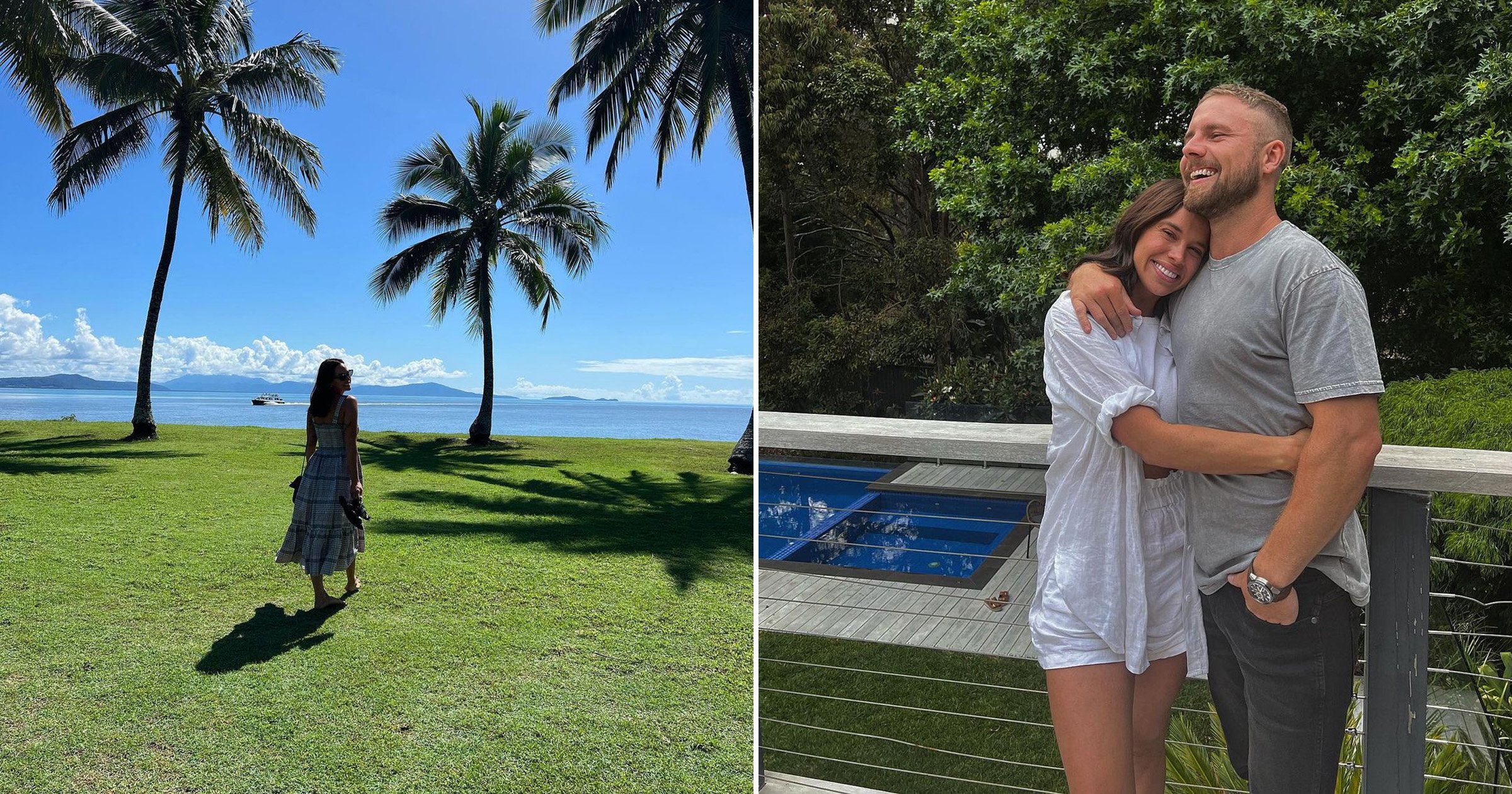 Neighbours star Bonnie Anderson has announced she is pregnant with her first child.

The actress – known for playing Bea Nillson in the soap – and her fiancée Sam Morrison said they ‘couldn’t be more excited’ after announcing their big news.

Bonnie’s pregnancy comes as she prepares to return to the Australian soap ahead of its finale, set to air on August 1.

She first joined Neighbours in 2018 before her exit last year, but she’ll be back to bid the soap one last goodbye, along with on-screen sister Elly Conway (played by Jodi Gordon), who is one of several characters set to stage a comeback.

Taking to Instagram to share her pregnancy with the world, Bonnie posted a series of photos cuddling up to Sam, to whom she became engaged earlier this year.

The adorable couple wore beaming smiles on their faces as they posed by the sea, gazing lovingly into each other’s eyes, with one shot showing a road sign with ‘Bump ahead’ written on it.

‘BUMP AHEAD 💫🤰🏽 The best is yet to come and we couldn’t be more excited,’ Bonnie captioned her pics.

Naturally, the star was inundated with messages of congratulations, with Big Brother Australia star Tahan Lew-Fatt commenting: ‘What!!? Congrats girl 🥰🙌🏾’

Bonnie and Sam are now taking the next step in their relationship and starting a family, after Sam popped the question in April.

Taking to social media to announce her happy news back in spring, Bonnie admitted she ‘can’t believe it.’

‘My best friend asked me to marry him! I can’t wait for forever with you my love! ❤️’, she gushed alongside a selfie of the pair, showcasing her sparkling ring.

It seems it’s all systems go in both Bonnie’s personal and work life at the moment, with the big finale of Neighbours looming and filming already underway.

Noughties favourites Elle and Andrew Robinson (Pippa Black and Jordan Patrick Smith) will also be back to ensure the soap goes out with a bang after 37 years on air, a controversial decision from Channel 5 after the network was unable to find another broadcast partner for the programme.

Bonnie – who sings the iconic Neighbours theme song – has teased the possibility of a return in the past, telling TV Week that the show was an ‘incredible training ground’.

‘It would be special to return and be reunited with everybody, on-screen and off,’ she said, and we’re so pleased it’s actually happening.

Neighbours airs weekdays at 1:45pm and 6pm on Channel 5.