The Queen’s Gambit was one of the most delightful surprise hits to hit our Netflix queues last year. Having spent years in development hell as plans for a movie repeatedly fell through, the adaptation of Walter Tevis’s 1983 novel about a chess prodigy finally found its audience as a deft, impeccably structured seven-episode miniseries.

Seven episodes with Anya Taylor-Joy’s stylish, self-destructive Beth Harmon was nowhere near enough, and at least for now, a season two doesn’t seem to be on the horizon. But that doesn’t mean the Queen’s Gambit universe stops here—in fact, it’s getting the musical treatment.

According to Variety, the theatrical rights to The Queen’s Gambit have been acquired by Level Forward, the company behind recent theatrical breakout hits like What The Constitution Means To Me and Slave Play. Though it’s early days, the plan is to turn Tevis’s novel into a Broadway musical. 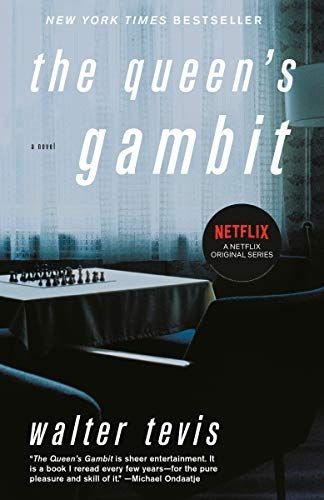 Just like the series, the play will center on the story of Beth Harmon, an orphan in Kentucky whose life is transformed when she discovers her preternatural chess abilities. The action follows her coming-of-age as she becomes a rising star in the chess world, while battling her own demons.

“It is a privilege for Level Forward to lead the charge of bringing The Queen’s Gambit to the stage through the beloved and enduring craft of musical theater,” Level Forward CEO Adrienne Becker and producer Julia Dunetz told Variety in a statement. “Told through a brave and fresh point of view, audiences are already sharing in the friendship and fortitude of the story’s inspiring women who energize and sustain Beth Harmon’s journey and ultimate triumph. The story is a siren call amidst our contemporary struggles for gender and racial equity, and we’re looking forward to moving the project forward.”

There’s no word yet on casting—and specifically who’ll take on the daunting task of following Taylor-Joy’s performance—but this is yet one more reason to look forward to a post-pandemic time when we can all go to the theater again.

From: Town & Country US