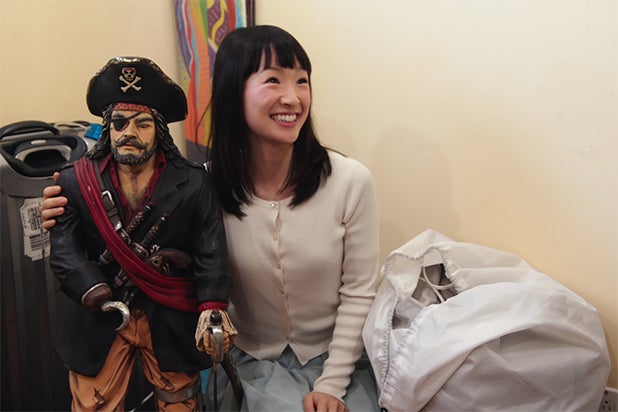 First picked up to series last year, “Sparking Joy with Marie Kondo” will expand Kondo’s famous organizational method to show how it can be applied to businesses, relationships and communities. The show will join new seasons of “Get Organized With the Home Edit” and “Dream Home Makeover,” which have been picked up for Seasons 2 and 3, respectively.

“Get Organized” stars Clea Shearer and Joanna Teplin, the “master organizers” behind the company The Home Edit. Per Netflix, Season 2 will take “a closer look into Clea and Joanna’s groundbreaking business — featuring even bigger organization projects, along with several celebrities surprising deserving friends and family members with makeovers.”

“Dream Home Makeover” centers on Syd and Shea McGee and features design projects ranging from one-room designs to full home builds and renovations. The series, which hails from Goodbye Pictures, is executive produced by the McGees and Rich Bye.

Netflix also recently picked up additional seasons of unscripted series “Bling Empire” and “Selling Sunset” and ordered new “docusoap”-style projects from the producers of both series.