Netflix’s adventure-mystery drama Outer Banks was unbelievably popular upon its release, especially with younger audiences. During season one, John B (played by Chase Stokes) and his friends hunt for hidden treasure. However, fans are speculating how a never-before-seen character will affect the group in the second season.

The hit teen drama follows the lives of a group of teenagers, led by John B, who work together to find hidden treasure, which may be connected to John B’s father’s disappearance.

The show also explores the social divide between the wealthy residents of North Carolina, called the Kooks, and the working class, who call themselves Pogues.

Outer Banks stars Chase Stokes and Madelyn Cline, who plays Sarah, as love interests who struggle to maintain their relationship as they try to find the treasure. 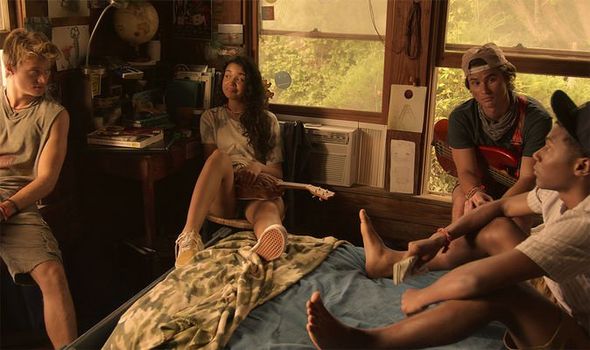 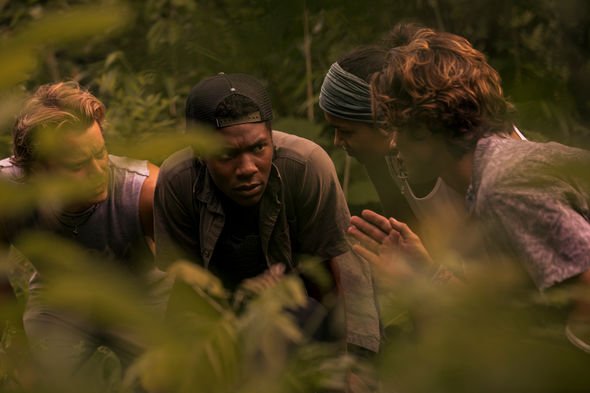 In season one, Sarah and John B are at her house when he spots a photo on the wall.

Sarah explains the portrait is of a man named Denmark Tanny, who was a slave who discovered gold after a long and dangerous ship voyage.

He also created Tannyhill, which is the name of Sarah’s family’s expansive home in North Carolina.

After years of learning the history of his missing father and the hidden treasure, John B immediately recognises the name, knowing that Denmark had survived the shipwreck. 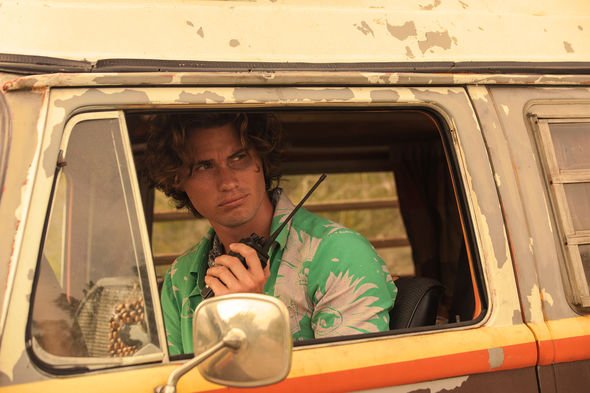 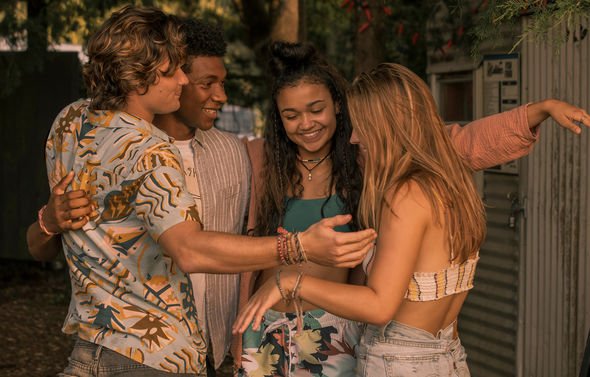 Fans took to Reddit to theorise Denmark Tanny’s connection to John B, and, perhaps, his relation to one of the other Pogues members.

A user asked: “This might be a long shot but does anyone else think they’ll discover that Denmark Tanney is somehow related to Pope or Kia? Making the gold one of their properties?”

Another Reddit user agreed, responding: “I can see Pope being a descendant of Denmark Tanney.

“I also have a theory that Pope and Kelce are related down the line and there was a familial split over money that spanned over generations.

“If so I can see there being an issue about who the money belongs to,” they continued.

Pope (Jonathan Daviss) is the brains behind the Pogues, and Kie (Madison Bailey) is a friend of the group who comes from a wealthy family and is rejected by the Kooks.

However, another quickly dismissed the idea, adding: “That would be so contrived if that happened.”

Fans will have to tune into season two of Outer Banks to see if the surprise relation comes to fruition.

Co-creator Josh Pate recently told Entertainment Weekly that discussions of future seasons were already in place before season one aired, which should greatly please fans desperate to learn more about Denmark Tanny and his connection to the Pogues.

He said: “Netflix had greenlit us to write some [season 2] scripts, so we’ve been working on that for a few months now.

“Ever since we started, we always viewed it as something that was probably like a four-season, maybe five-season show, but definitely four seasons.”

The future is bright for the show and filming for season two has officially wrapped production, concluding in April this year.

Filming took place in Charleston, South Carolina, and, hopefully, fans won’t have to wait too long until questions are answered as a September 2021 release date is still expected.

Surely avid viewers are eager to discover how Denmark Tanny will fit into the narrative going forward.

Fans were left on the edge of their seats after the dramatic finale as their friends are unaware that John B and Sarah are, in fact, still alive. It’ll be interesting to see how the gang copes without their ringleader in the meantime.

With immense mystery surrounding the character, could Denmark Tanny hold the key to the history of the treasure, as well as what really happened to John B’s father?

Season 1 of Outer Banks is available to watch on Netflix now.