Season 6 of Outlander is in production, and the theme will be revolution. When the Starz time-traveling drama returns, the story will pick up in 1775. Just one year before the Revolutionary War.

At the same time, there will be a revolution with Jamie (Sam Heughan) and Claire (Caitriona Balfe) Fraser. Fans should get ready because there is “turmoil” ahead. 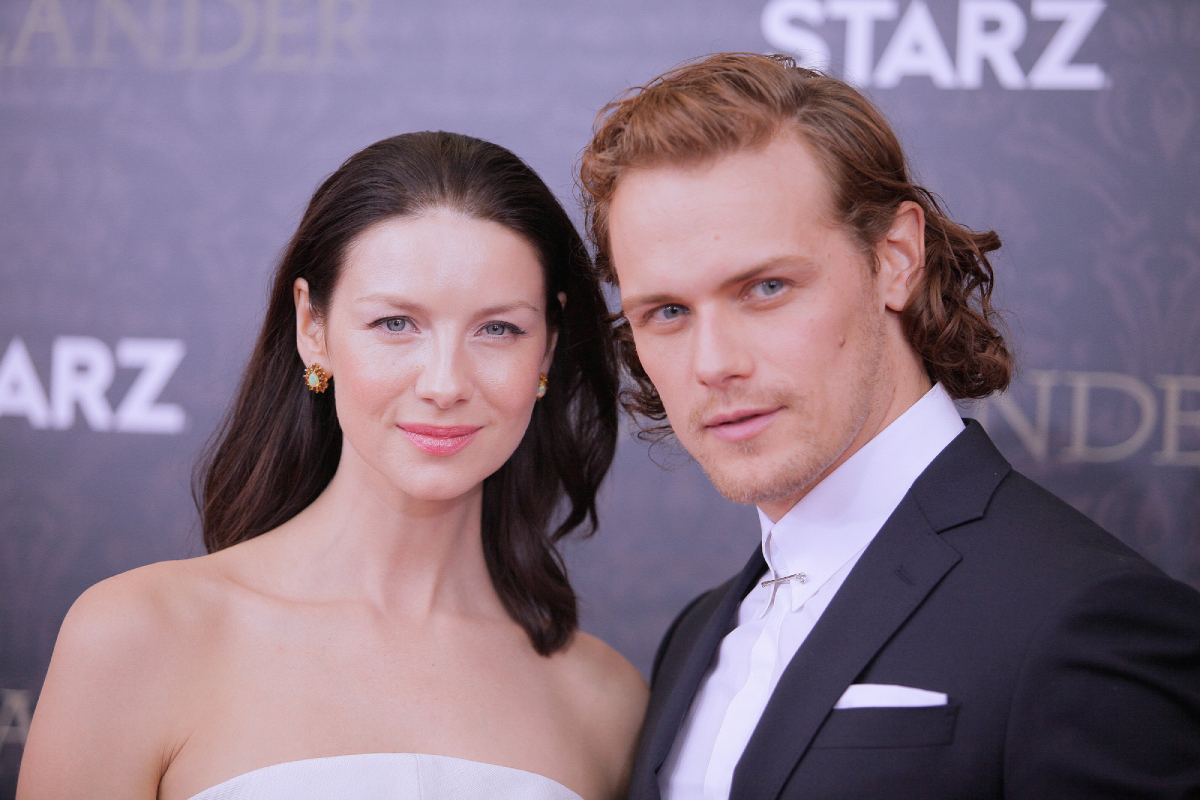 ‘Outlander’ producer says Jamie and Claire’s foundation will be shaken

When he envisions season 6, Outlander executive producer Matthew B. Roberts says he thinks about what was going on in Colonial America in 1775. He says the political climate is similar to what’s going on with Jamie and Claire.

“There’s going to be a revolution with them as well, and I think that’s what’s going on throughout the season. You have a foundation. When that foundation is shaken and there is a revolution, you have to deal with it. That’s kind of the theme of the season,” Roberts told Elle magazine.

The Christies will bring trouble

The Christie family will arrive at Fraser’s Ridge in season 6, and they are going to bring trouble. They are a family of three: dad Tom (Mark Lewis Jones), son Allan (Alexander Vlahos), and daughter Malva (Jessica Reynolds). The trio moves to North Carolina because of Jamie’s standing offer to help the former prisoners of Ardsmuir.

Tom is a loyal scot and devout Protestant who joined the Stuarts during the Jacobite Rising of 1745. He met Jamie when they were both imprisoned at Ardsmuir. Outlander fans who have read Diana Gabaldon’s books know that Malva eventually poses a problem for Jamie and Claire.

The stars of ‘Outlander’ confirm that ‘turmoil’ is ahead

Starz recently gave Outlander fans their first sneak peek at season six with a new one-minute video. In the clip, Heughan and Balfe promise a “very exciting season.” The co-leads also confirm that “turmoil” is ahead.

“Everyone’s starting to find their feet, and some are still struggling,” Balfe says.

“The underlying theme of this season is definitely that there’s a lot more turmoil here,” Heughan added.

As fans know, Jamie and Claire have already experienced a number of heartbreaking tragedies. The latest at the end of season 5 included Jamie losing his godfather, Murtaugh (Duncan Lacroix), and Claire ending up the victim of a brutal assault.

The characters will be dealing with their past

When season 6 premieres, the first episode will be titled “Echoes.” According to Roberts, that’s not a reference to the title of book seven, An Echo in the Bone. He promises that when fans see the episode, the title will speak for itself.

“Each character will be dealing with something from their past and it will help us tell stories going forward,” Roberts revealed. “There was a different title on my very first drop. Sometimes that happens. You read it again and you go, wait a minute, hold on a second, there’s something better here.”

Roberts also noted there won’t be a significant time jump between seasons 5 and 6. There were a lot of story threads left in the season 5 finale that they have to connect.

From a production standpoint, season 6 of Outlander will continue their bold experiments – like season 5’s silent movie treatment for Roger’s (Richard Rankin) hanging and the “Never My Love” dream sequence. Roberts explained that Gabaldon’s books get deep into the characters’ feelings and emotions in their heads.

That can be extremely difficult to do visually onscreen. But from day one they wanted to push the boundaries.

“We’re going to try to do that again in season 6 but not deviate from the story,” Roberts revealed. “That’s the key to doing the series and doing it well: In every scene, we want to keep the essence of the book if we can’t do the book. There’s so much more material in the books than we could ever hope to produce, so it’s always a struggle and a challenge.”

Seasons 1 through 5 of Outlander are available on Amazon Prime Video. Season 6 is expected to premiere in late 2021.