Time-travelling epic drama Outlander is much-loved by its loyal fanbase for its tale of love as well as its exciting action scenes. As a result, viewers are always keen to know more about how the show is filmed and how much the actors do themselves. Express.co.uk recently spoke to Claire Fraser double Kristin Gribbin about how this works and what scenes do not feature Caitriona Balfe.

Which scenes does Claire Fraser use a double for in Outlander?

When viewers see the polished final cut of Outlander on screens, it’s easy to forget how much work goes into making the show.

One part of filmmaking which fans will be interested to learn more about is which parts actually feature the beloved lead actors and which have doubles.

Recently, Express.co.uk sat down to chat with Claire double Kirstin Gribbin to get the low-down on how it all works.

Gribbin was a double in the third season of Outlander a few years ago after signing on as an extra. 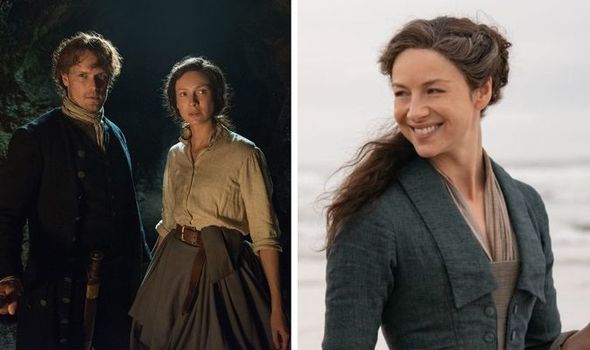 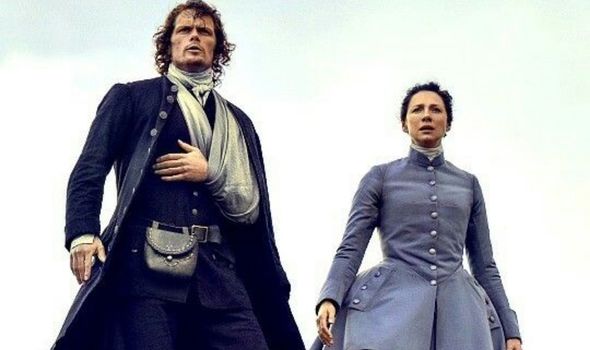 However, given her physical similarities to Balfe, she was quickly cast as a double for a number of scenes.

She explained: “After doing two jobs for them, they contacted me about being Claire’s double.

“I was actually contacted a couple of times, there was a scene when she’s in the bed with Sam [Heughan] and they asked me to be the nude model.

“Unfortunately, I didn’t want to do that kind of job but I did get asked to do a lighting double and it just went on from there.” 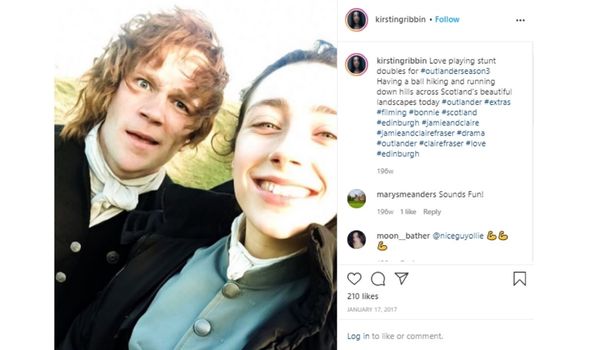 Fans might not realise how doubles are actually used in the shows for a number of different reasons.

This means it is not just about big stunts, but also lighting, stand-ins and rehearsals.

She explained: “They use doubles for a variety of things so I was a lighting double for Claire once.

“Basically I get called down when the actors take a break from the set being reset and the lighting has to be checked. 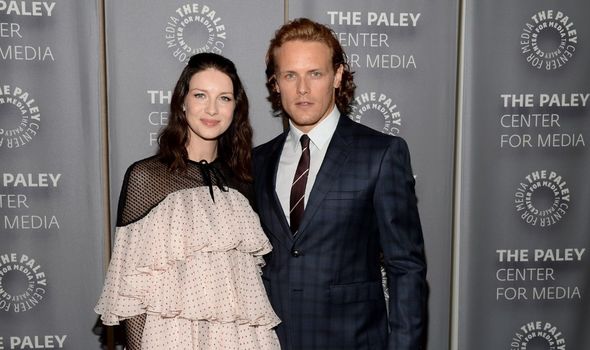 “So when the actor takes their break from their job, I step in and I literally stand in their place.

“There is a lot of waiting around, I’m not going to lie, you’re there for maybe 10 hours easily but it’s good pay and you get to meet so many interesting people.”

Gribbin did act as Claire’s stunt double in the show as well during episode eight of season three.

Fans will remember how Claire can be seen running down the hill in this scene when Jamie Fraser (played by Sam Heughan) and Claire notice the pirates and Young Ian (John Bell) heading toward each other.

As a result, Jamie and Claire have to run down the hill towards them, in an attempt to save him.

However, the star explained how the moment was actually shot in Edinburgh and involved a lot of running.

She said: “They actually filmed most of the scene ahead of time up in Inverness.

“But Caitriona was away filming another scene in Edinburgh that day so I had to be set up to do the running scene for her.”

“The director actually said to me I look the most like Caitriona from the whole thing and I think he really wanted to work with me again.”

Sadly, Gribbin revealed how she would have loved to go back and do more but she moved away from Scotland.

However, she does have great memories from her time on the show, adding: “It was amazing, it was awesome.”

Alison Brie in the MCU? She'd Make a Perfect Spider-Woman