Earlier this month, Piers Morgan quit his role as host on Good Morning Britain after clashing with co-star Alex Beresford over his comments regarding Prince Harry and Meghan Markle’s interview with Oprah Winfrey. The day after Piers stepped away from his hosting duties, he was replaced by Ranvir Singh for the episode. Last week Ben Shephard stepped in to co-host the programme with Susanna Reid. It has also been reported that Ben would be replacing Piers as a permanent fixture, although ITV has since shut down the claims saying they are “completely untrue”.

It comes after it was alleged that Ben Shephard would be co-hosting GMB alongside Susanna Reid from Monday to Wednesday until September.

According to the Mail on Sunday, TV bosses thought Ben would be an easy replacement because he was the “safest option”.

A source told the publication: “ITV and GMB bosses were totally unprepared for Piers going… Nobody had a back-up plan.

“Ben, who is adored by the staff and much of the audience, stepped in and the thought is now that he will work long term…”

However, a spokesperson for ITV has since denied all claims and emphasised that Ben is a part of the GMB family and would continue to share presenting duties across the week. 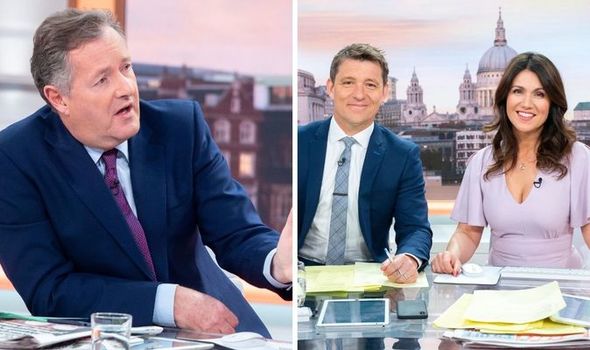 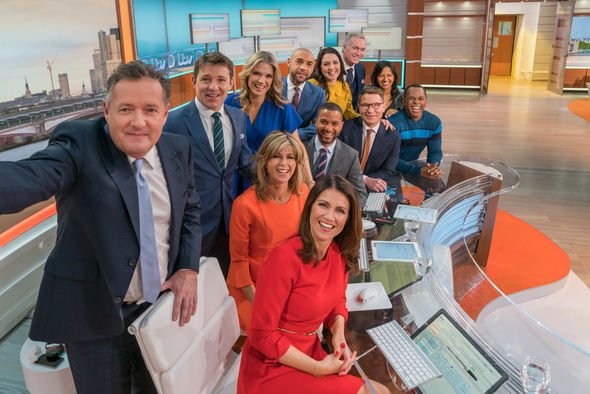 When Ben stepped in to co-host GMB with Susanna last Tuesday, it left viewers divided.

Despite some viewers complimenting the Tipping Point host, branding him a “breath of fresh air”, other fans weren’t too impressed.

Taking to Twitter to comment, one said: “Ben’s a nice guy but he ain’t a Piers replacement #gmb.”(sic)

“Ben Shepherd is inoffensive to the point of being bland. #GMB,” someone else wrote. 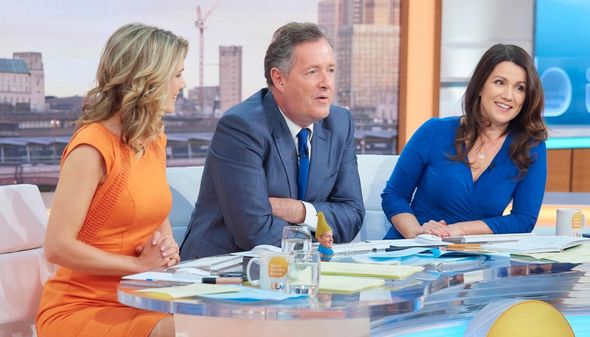 Since Piers quit Good Morning Britain on March 9, it was also claimed that the show’s ratings had plummeted.

Last Thursday it was reported that the programme had lost another 100,000 viewers overnight as it recorded its lowest ratings over the past month.

However, ITV has debunked the claims and confirmed that ratings had actually increased.

“This week was up six per cent when compared to the same week last year and year to date is up 17 per cent compared to 2020.”

It has also since been rumoured that Piers could join GB News, which is set to be the biggest news TV channel to launch in the UK since Sky News emerged 30 years ago.

Chairman Andrew Neil, who is going to have his own show on GB News, spoke to ITV’s This Morning about signing Piers.

He said: “He’d be a huge asset to our channel if we can get him. We’ll try to do so and see if we can come to a mutual agreement.”

Despite having to wake up in the early hours of the morning for the past six years, Andrew said should Piers sign a contract with GB News, it won’t be for a breakfast presenting role.

“I wouldn’t want to transfer what he was doing on GMB straight to GB News,” Andrew continued.

“I’d want to do something different with him at a different time of day. He’s adaptable and he can do different things in different ways,” he told Phillip Schofield and Holly Willoughby.

It comes after fans of Piers created a petition, demanding he returns to GMB.

So far, the petition has reached 360,000 signatures from fans pleading for the host to be reinstated.

“I won’t be going back, but thanks to everyone who has signed these petitions. Normally, people start petitions to have me fired or deported, so this is a pleasant surprise,” Piers said on the matter.

Good Morning Britain airs daily at 6am on ITV.