PREGNANT Charlotte Crosby has shown off her incredible figure and growing baby bump in a saucy lingerie snap on Instagram.

The Geordie Shore star took to her grid to post the red hot snaps in the lacy underwear as she cradled her blossoming belly. 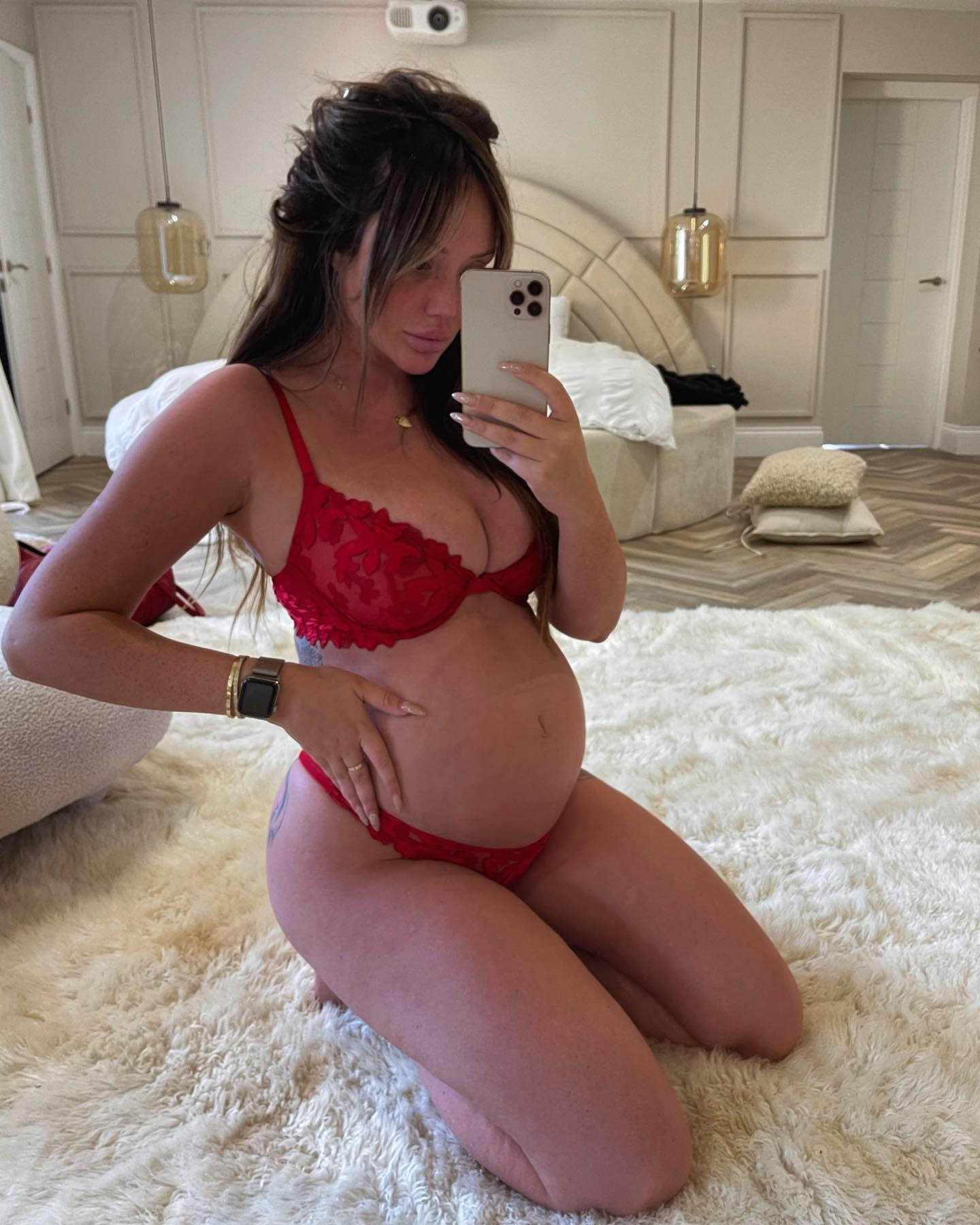 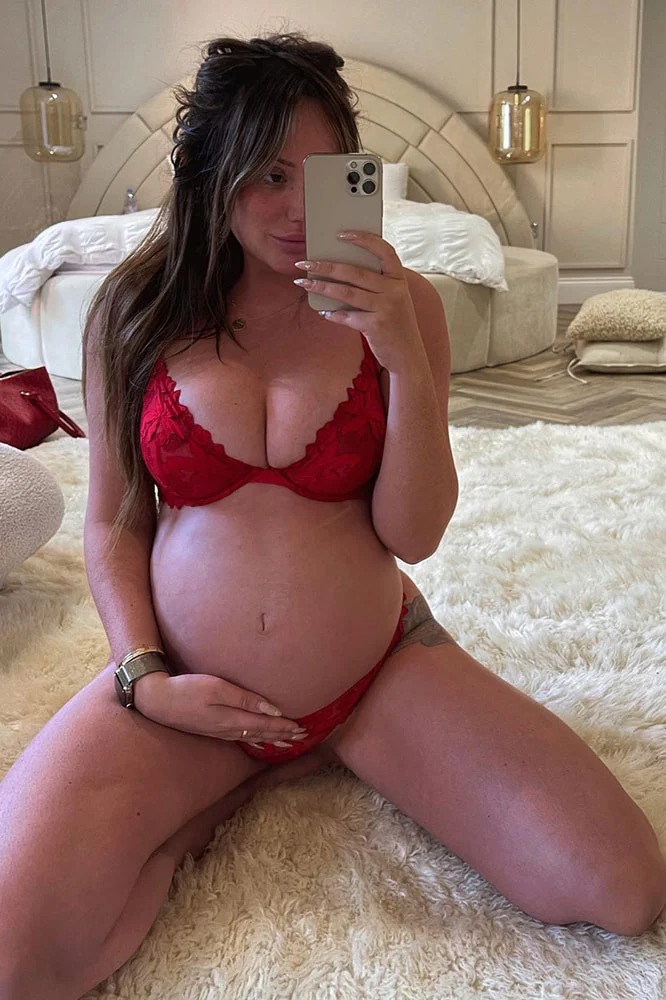 Charlotte, 32, could be seen striking a number of poses in the matching underwear set as she kneeled on her bedroom floor.

The soon-to-be new mum had styled her brunette tresses into a half-up half-down do as she took selfies in the floor to ceiling mirror.

Appearing natural and make-up free, Charlotte placed a loving hand on her bump as she twisted back and forth for the snaps.

She showed off her belly in the lacy red underwear, which she paired with gold jewellery and a watch, and long pink acrylic nails. 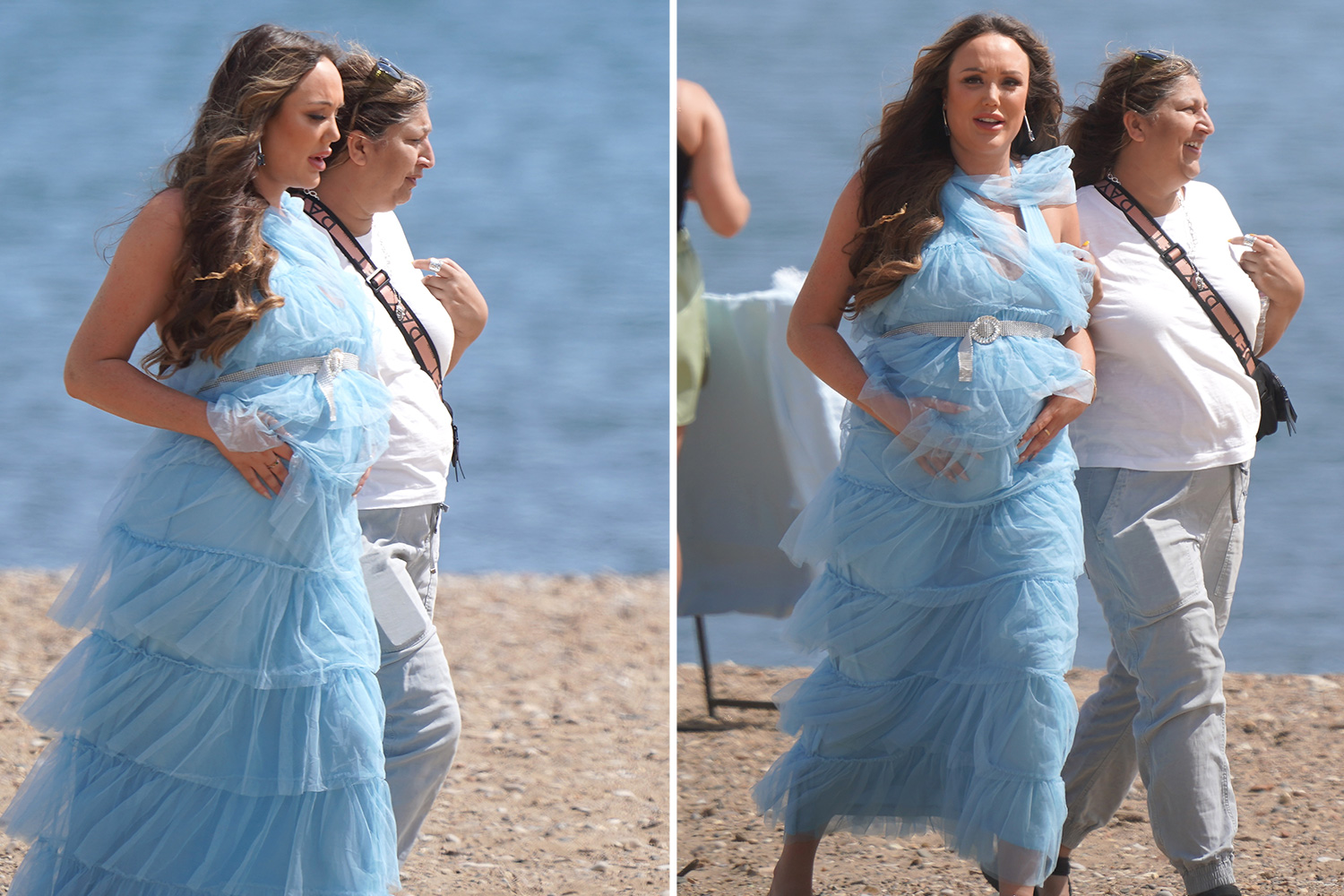 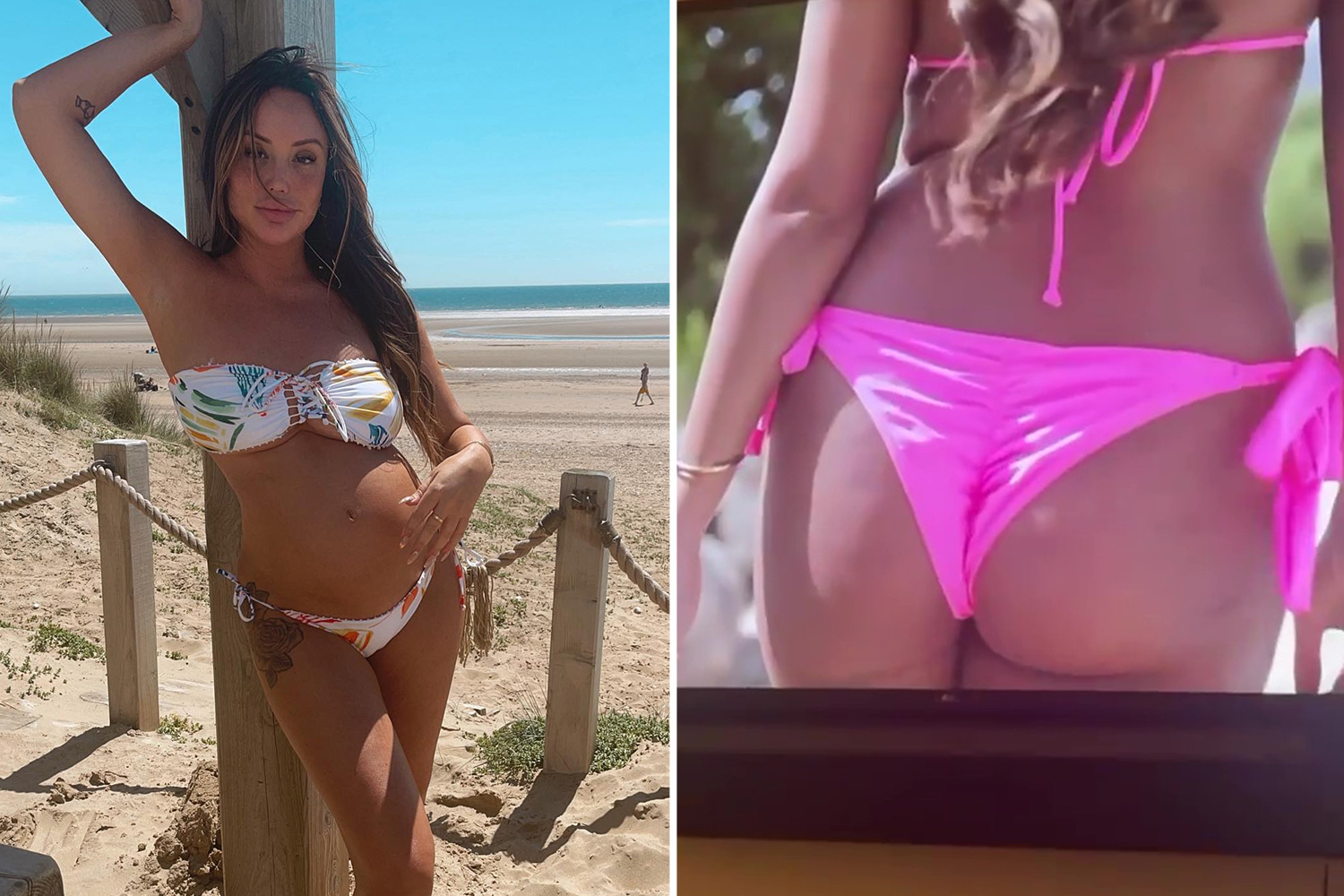 In the background, Charlotte revealed her stunning bedroom – including pillowy bed and plush fur rug.

It comes after the reality TV favourite posed completed naked as she showcased her pregnancy body and growing stomach.

Charlotte is expecting her first child with partner Jake Ankers and has been documenting her maternity journey on Instagram.

Earlier this week, she posed side profile with her hand covering her boobs as she revealed her stomach, as she went totally naked. 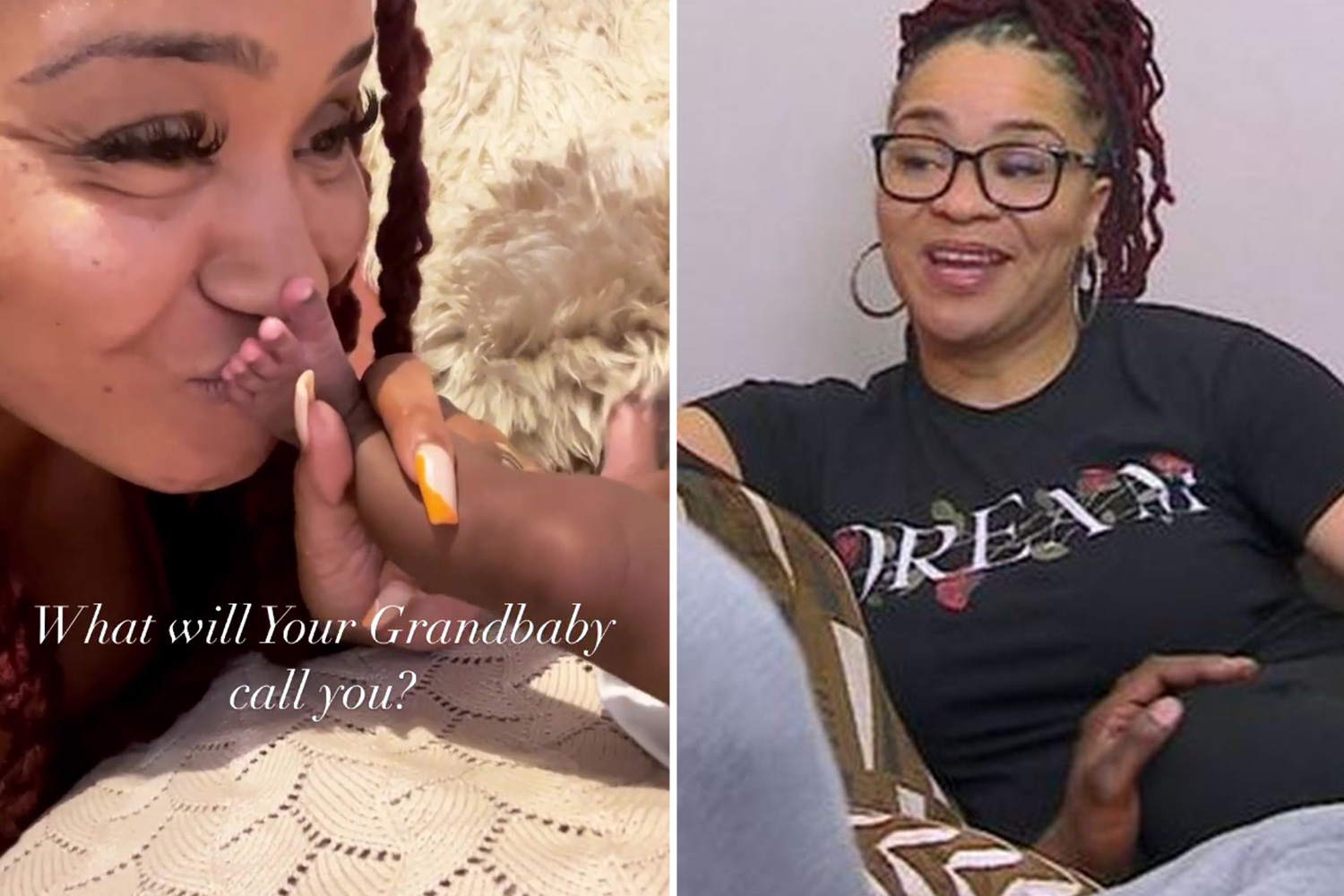 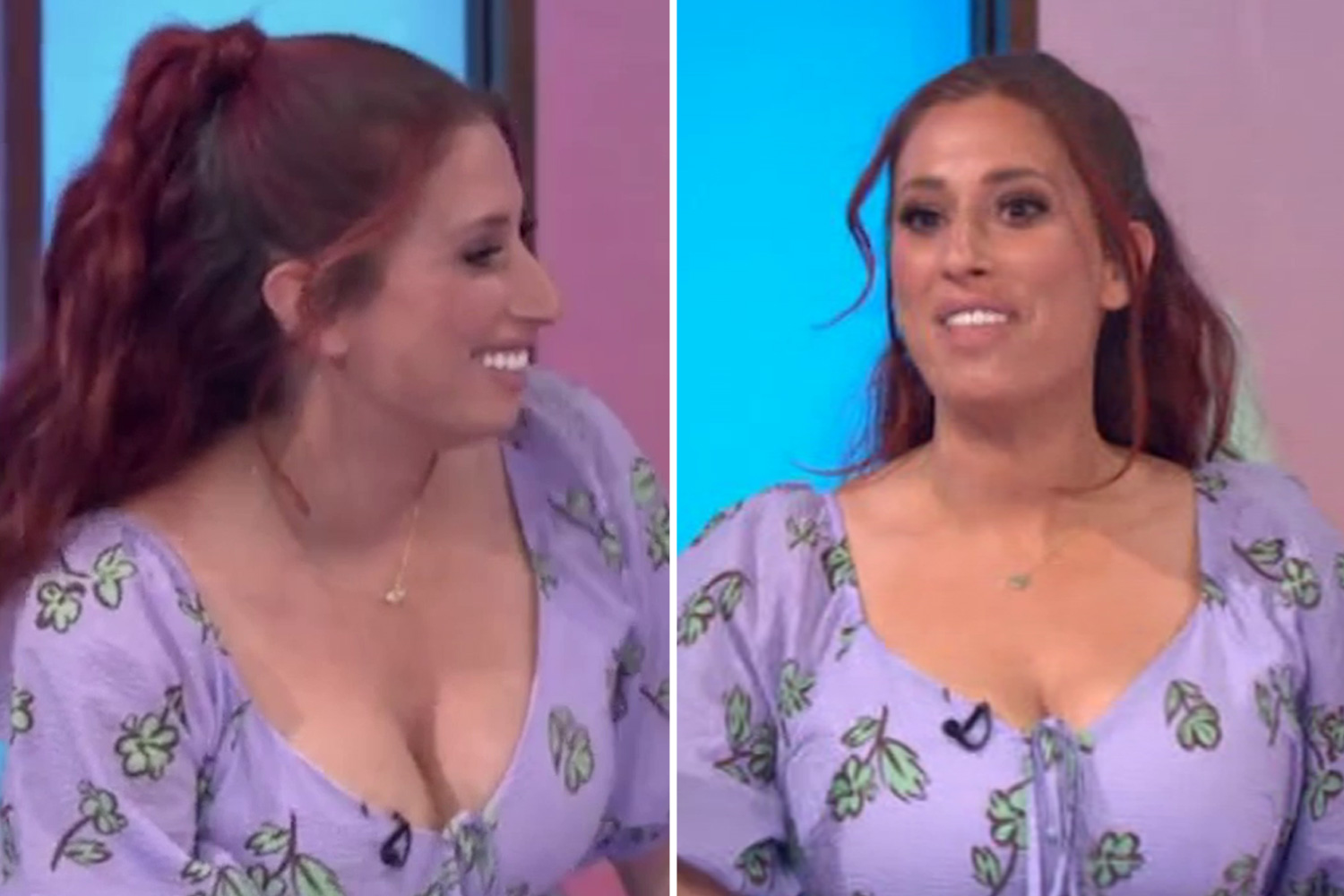 Previously, the Pepper fashion brand founder cheekily flashed her bum in a daring catsuit before revealing her baby's gender.

The couple revealed they were expecting a baby girl as their friends and family stood around them at the Vermont Hotel's rooftop bar.

An aircraft circled for quite a while leaving everyone on the rooftop asking "what's going on?" before a heart appeared in the sky.

The plane was then spotted spelling out a large letter 'G' – indicating the sex of the unborn baby – as it flew through the sky in the distance.

TV star Charlotte went on to change into the tight jumpsuit, showing off her growing baby bump, as she celebrated the news.

Jake cried "It's a girl" and cuddled Charlotte as the pair hugged and screamed together with her mum joining in.

How your make up could see your passport application rejected

The Sun earlier revealed the former Geordie Shore star has been making a reality show where she’ll be seen running her business while preparing for motherhood with boyfriend Jake.

Titled Charlotte in Sunderland, it will air on BBC Three and iPlayer, and aims to showcase everything that’s good about the North-East.