Prison Break premiered on our screens back in 2005 and sadly came to an end in 2017 after five seasons.

Ever since the end of season five, rumours of a sixth series has been doing the rounds.

The series starred Wentworth Miller as Michael Scofield and  Dominic Purcell as Lincoln Burrows who were expecte to reprise their roles for the new series.

Sadly, Wentworth Miller has said he will not return for a sixth outing.

Does this mean Prison Break has been cancelled? Express.co.uk has everything you need to know. 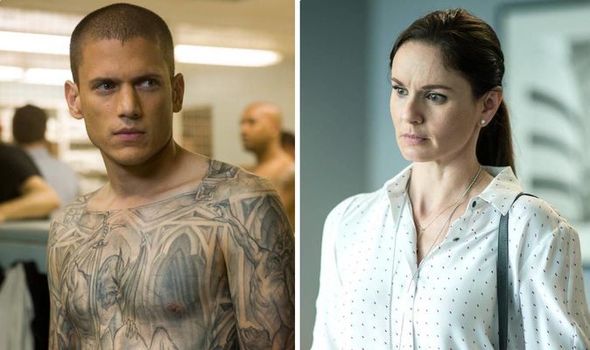 Has Prison Break been cancelled?

There is bittersweet news for fans of Prison Break.

Over the past three years, there have been conflicting reports about the future of Prison Break.

In January 2018, Fox confirmed a sixth series was in early development, less than one year after season five ended.

However, in August 2019, Fox announced they had no ‘current’ plans to revive Prison Break.

Regardless of the reports, Prison Break star  Dominic Purcell appeared to confirm a sixth series was on the way via his Instagram account on September 22, 2020.

Ever since, fans have been eagerly awaiting news of the show’s return and sadly, it does not seem like fans will be getting the reunion they hoped for.

Wentworth Miller who played the shiow’s bereakout star Michael Scofield, has confirmed he will not be returning for the sixth series of Prison Break.

In a lengthy post on Instagram in response to some negative comments he had recieved on a post, Miller said he was “out of Prison Break (PB). Officially.”

He wrote: ” Obviously there are comments and DMs I appreciate less. Who are these people? On my page? What backwards-ass, Stone Age values country did they crawl out of? The U.S.?

I won’t be disappearing (too many cool things to repost). The ability to comment likely will.

I’m not concerned for myself. I can’t be “bullied” in this space. I have too much power. “Delete. Block. Deactivate.” Etc.

But I take seriously the possibility of queer kids visiting here, recently out of the closet or exploring the idea… I don’t want them exposed to b******t.

On a related note… I’m out. Of PB. Officially.

Not bec of static on social media (although that has centered the issue). I just don’t want to play straight characters. Their stories have been told (and told).

So. No more Michael. If you were a fan of the show, hoping for additional seasons… I understand this is disappointing. I’m sorry.

His co-star Dominic Purcell, who played his brother, Lincoln Burrows, in the series responded in the comments: ” It was fun mate. What a ride it was. Fully support and understand your reasoning. Glad you have made this decision for you health and your truth. Keep the posts coming. …. love ya brother.”