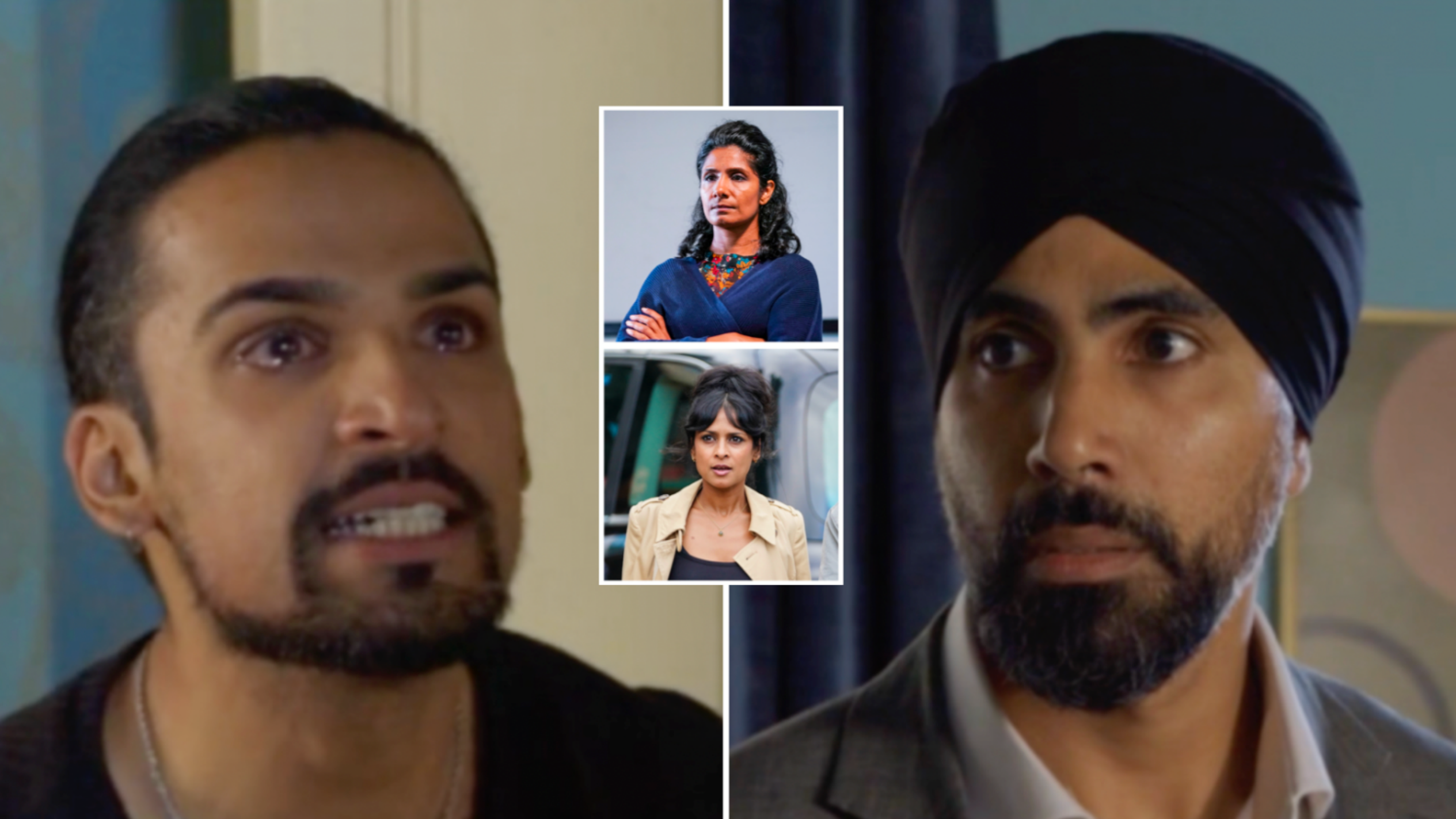 Ravi Gulati (Aaron Thiara) finally admitted the truth in EastEnders, revealing that he and Nina Gupta (Hersha Verity) are in cahoots together.

The popular character, as viewers know, failed to back up Suki Panesar’s (Balvinder Sopal) story when she was quizzed by the police in regards to Ranveer’s murder.

Instead, he told the police that he and Nina were together on the night in question, admitting that they were having an affair.

With Suki having no-one to corroborate her version of events, she was arrested in front of her entire family, leaving Kheerat (Jaz Singh Deol) adamant that Ravi was to blame.

Nish (Navin Chowdhry) refused to believe such claims, berating Kheerat for not having faith in his brother, but Ravi soon entered their home, and came clean.

He explained that he and Nina are sleeping together, and that they had long planned to fleece Ranveer, but that his death was never part of the plan.

Kheerat was quick to attack him, berating him for throwing Suki under the bus, adding that his mum won’t survive in prison.

Ravi, fighting back tears, then revealed the whole plan, explaining that Nina has USB evidence of Suki striking Ranveer on the day of his death – evidence which she intends on delivering to the police.

Nish and Kheerat were left in shock, as the show’s signature Doof Doof theme tune sounded.

Will the duo be able to stop Nina from giving the ‘evidence’ to the police? Or is Suki facing a life in prison for crime she did not commit?

EastEnders continues Wednesday November 9 at 7:30pm on BBC One.