The teen took to Instagram to show off his sweetheart as he posted a pair of loved-up snaps. 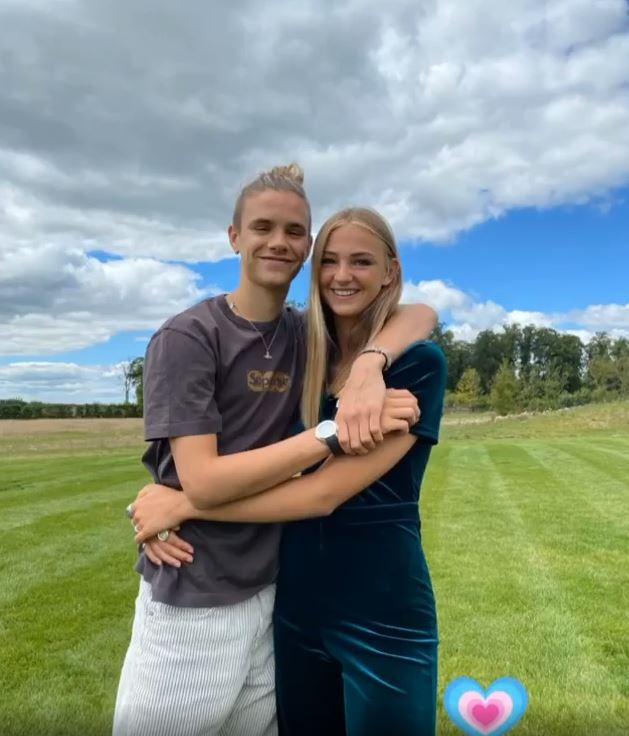 The pair stood next to each other in an open field and Romeo, wearing striped jeans and a T-shirt, wrapped his arms around Mia, who stunned in an emerald green jumpsuit.

In the other image, the teen added a red Louis Vuitton shirt to his outfit and hooked his arm around his girlfriend's shoulders for the beautiful snap.

He captioned his pictures with a simple love heart and many took to the comments to gush over the young couple. 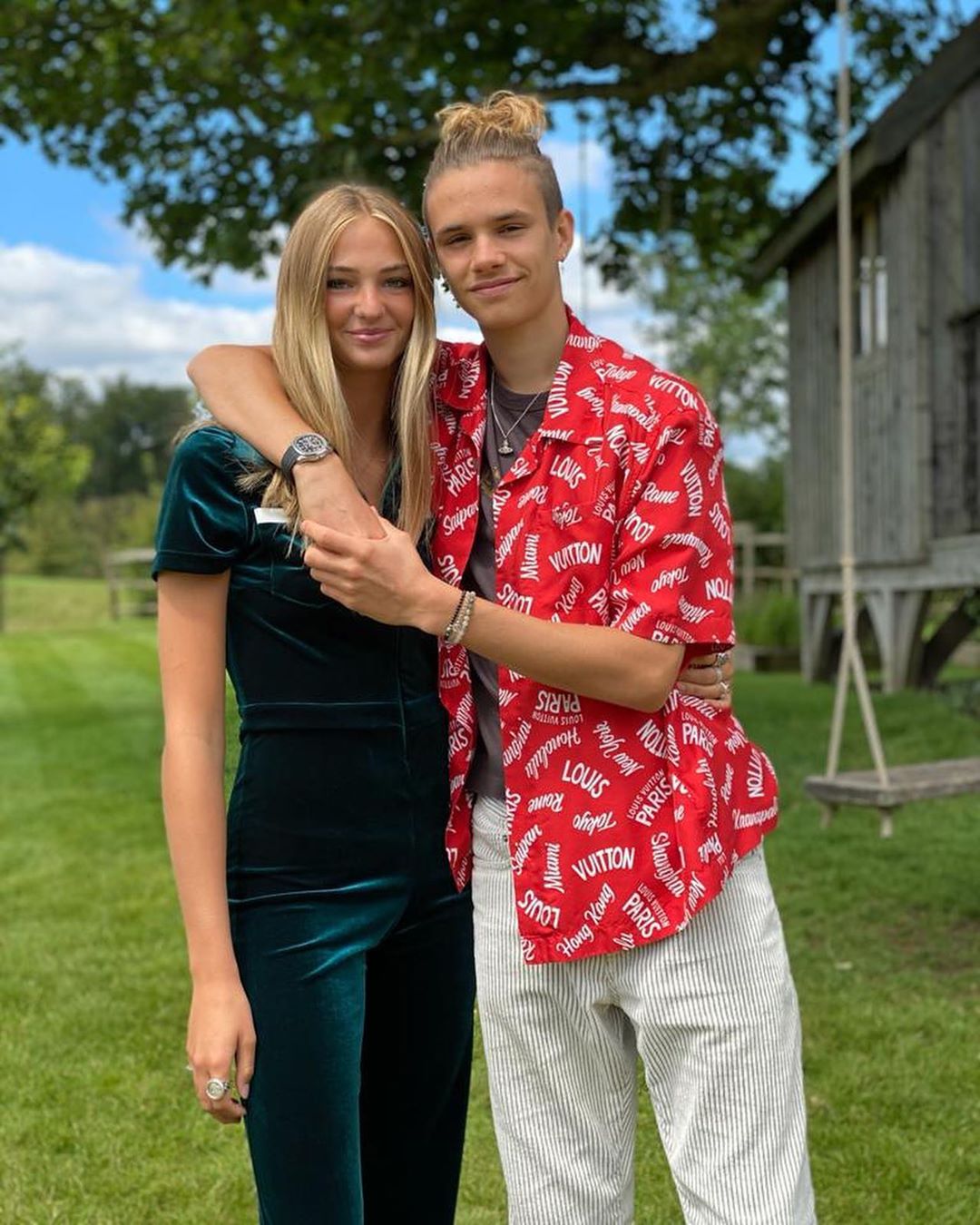 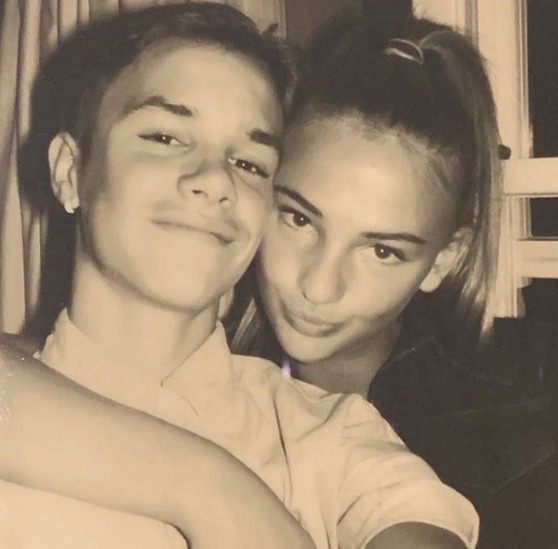 Other fans even told Romeo to announce engagement news of his own, with one commenting: "Tell me you’re getting married too."

While another user wrote: "Mimi is beautiful."

He shared the picture Brooklyn, 21, used to announce the news and wrote in the caption: "So happy for you two." 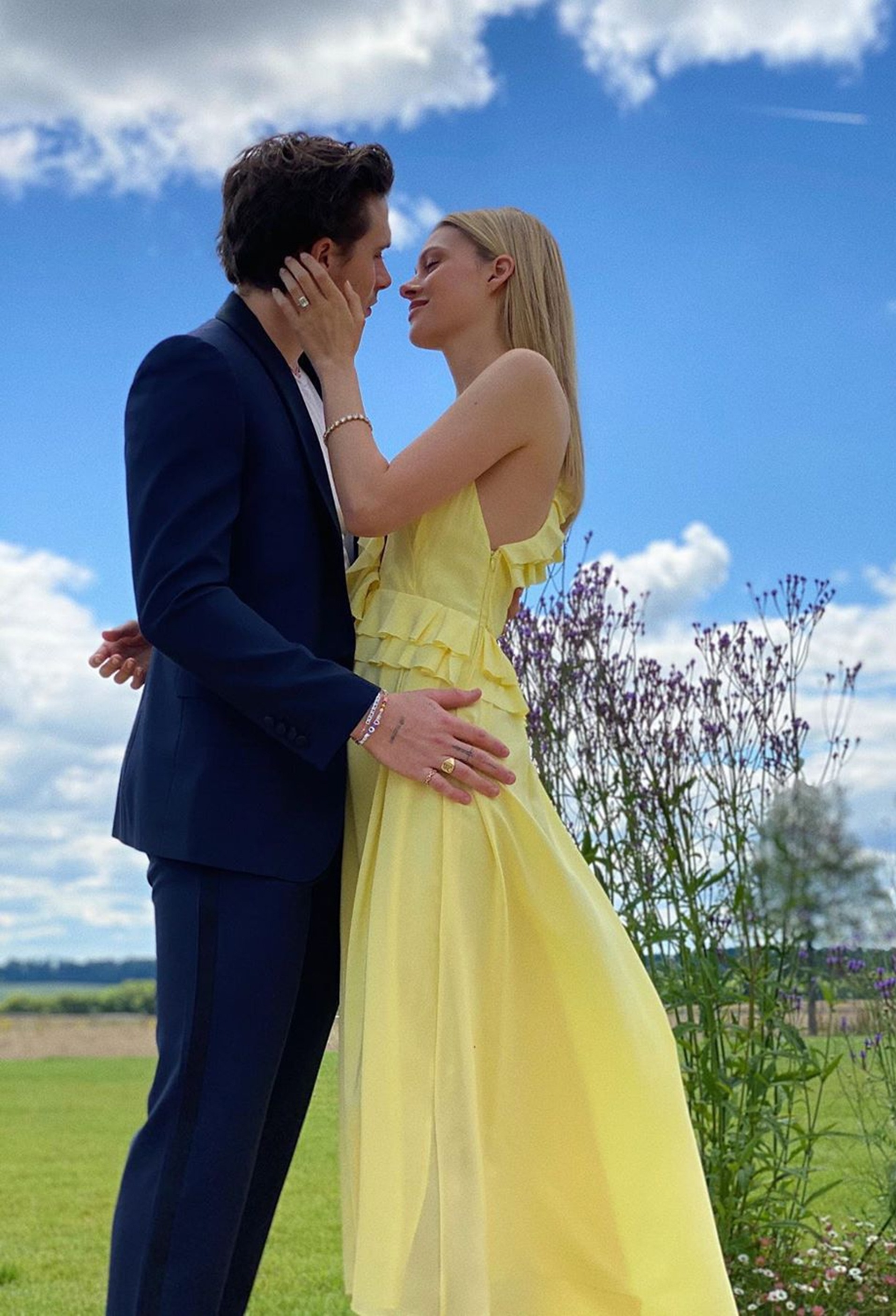 It was announced earlier in the week that Brooklyn Beckham and his girlfriend Nicola Peltz are engaged.

The Beckham family's eldest child, has been dating the heiress and Transformers star, 25, for eight months.

An insider told the paper that Brooklyn's dad David, 45, and mum Victoria, 46, have already given their blessing to the marriage.

They said: "Brooklyn has been telling his friends in LA that he and Nicola are engaged. It's common knowledge among their group of friends. They are smitten.

"It’s a very exciting time for the whole family and after a few previous rocky relationships, they think Brooklyn has landed on his feet.”