The popular Canadian comedy picked up a massive nine awards during the virtual event, including prizes for best comedy series. 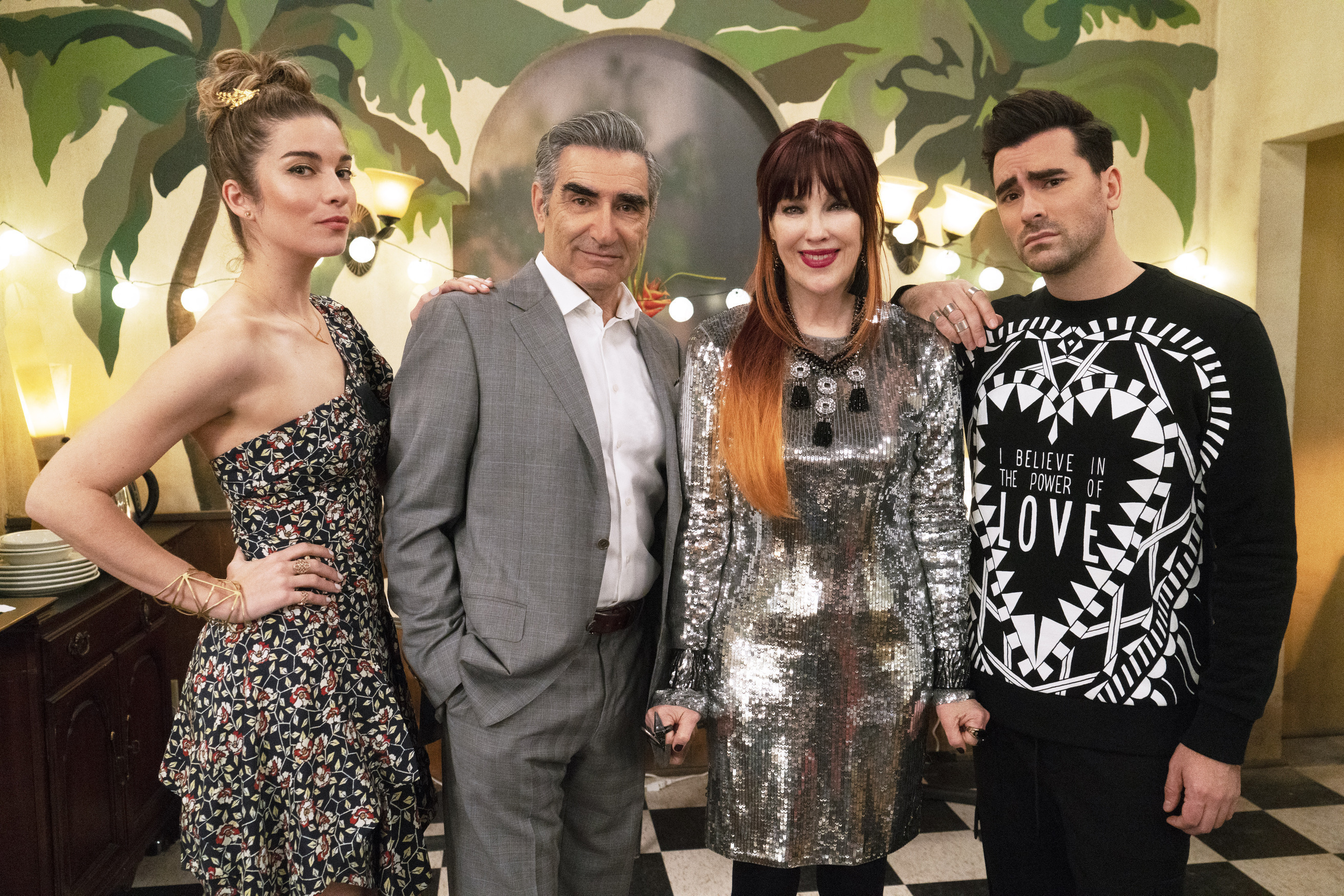 The huge number of awards for the show broke the Emmys record for most wins in a single season for a comedy.

As the cast, which includes Eugene Levy and Catherine O'Hara, celebrated backstage, writer Daniel hinted at the show's debut on the big screen.

When asked about the possibility of a Schitt's Creek film, he at first responded: "To be honest this is the best way we could have ever ended the show.

But he then went on, giving fans hope: "If there is an idea that pops into my head it has to be really freaking good at this point because this is a nice way to say goodbye. 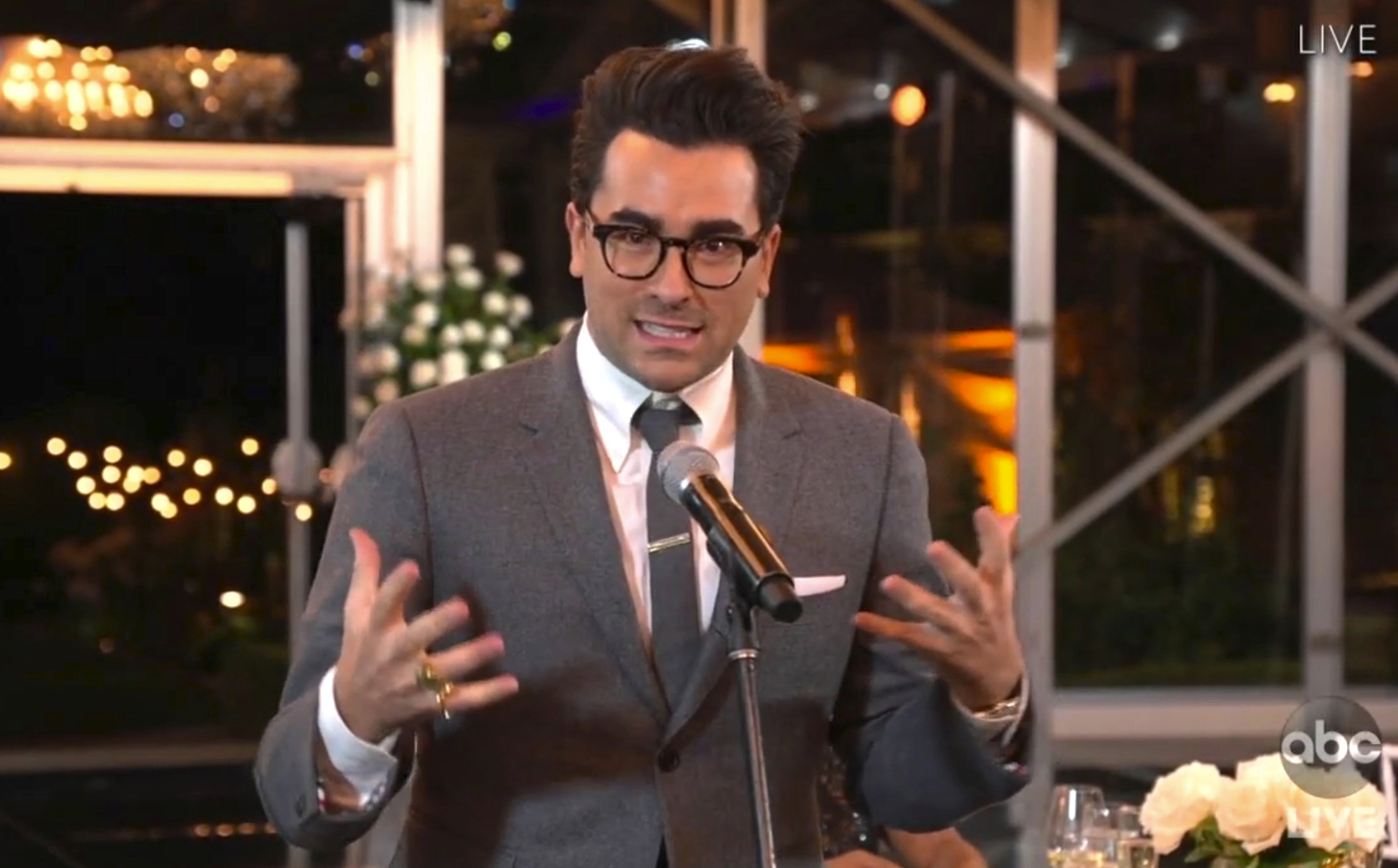 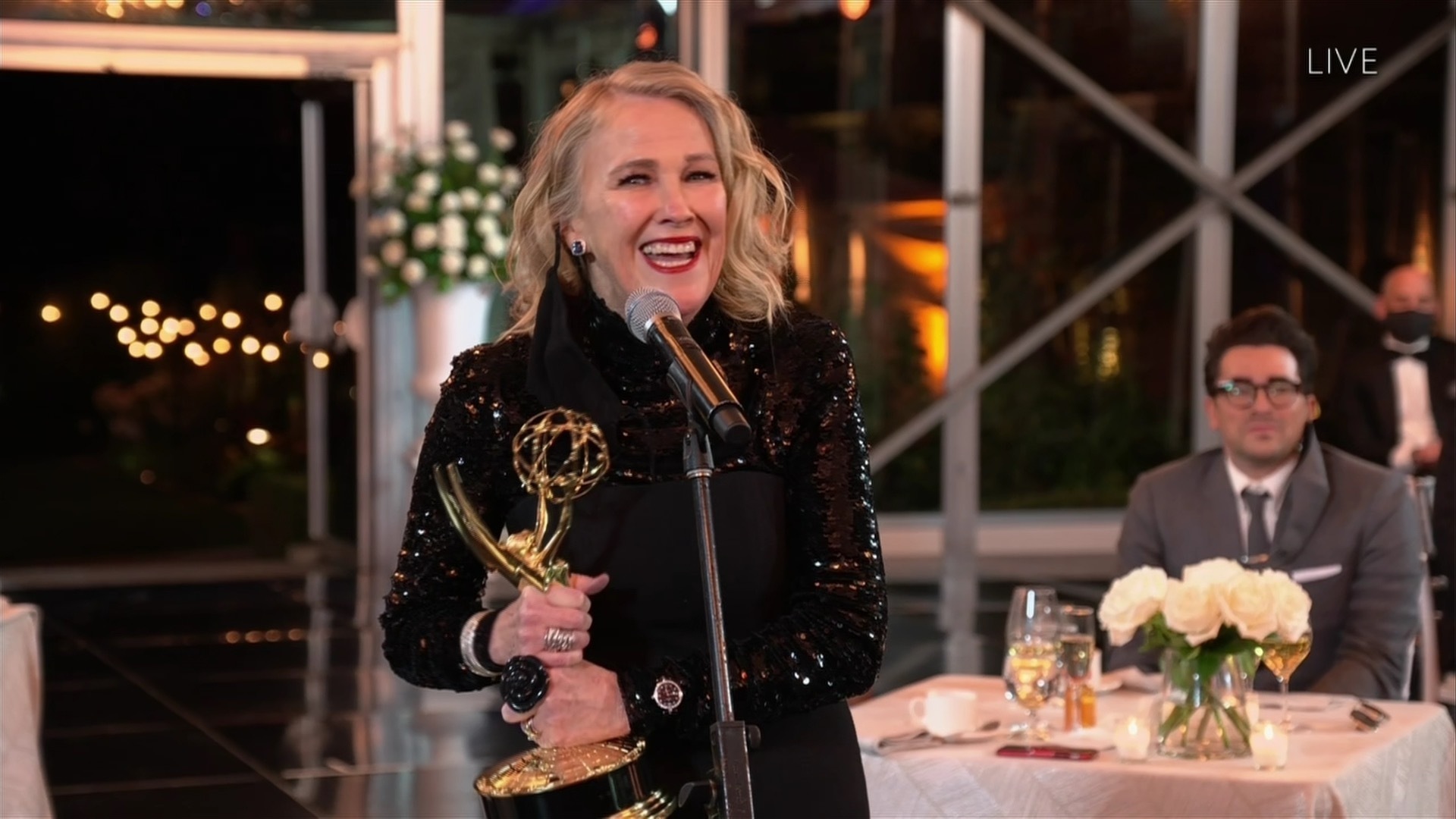 "Fingers crossed we get a nice idea popping into our head soon….

"But I would love to work with these beautiful people again.”

Schitt's Creek kicked off the night by winning Outstanding Lead Actress in a Comedy Series, which went to Catherine O'Hara.

Eugene Levy then won for the show for Outstanding Lead Actor in a Comedy Series. 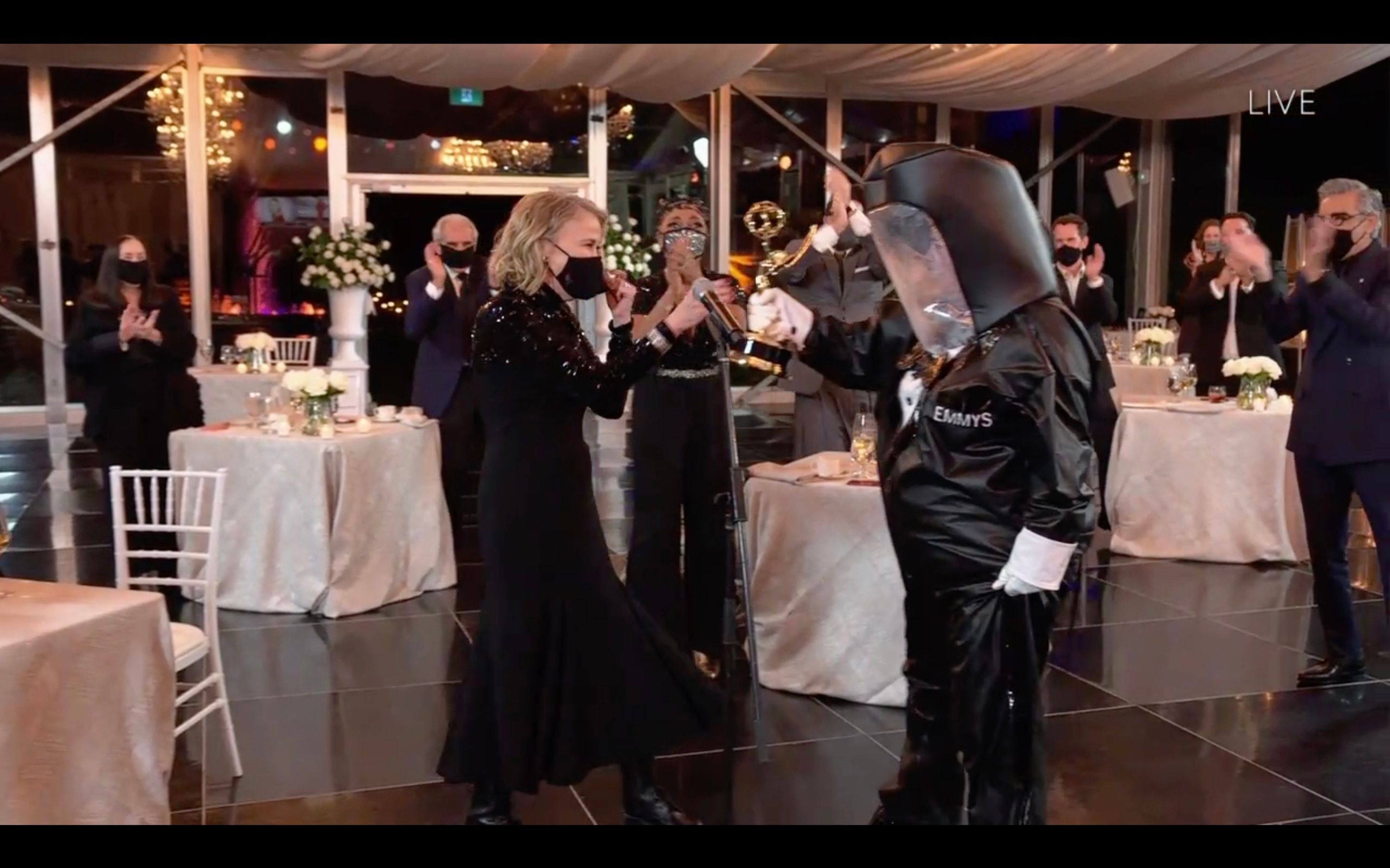 The show's popularity increased as fans began to stream it on Netflix. 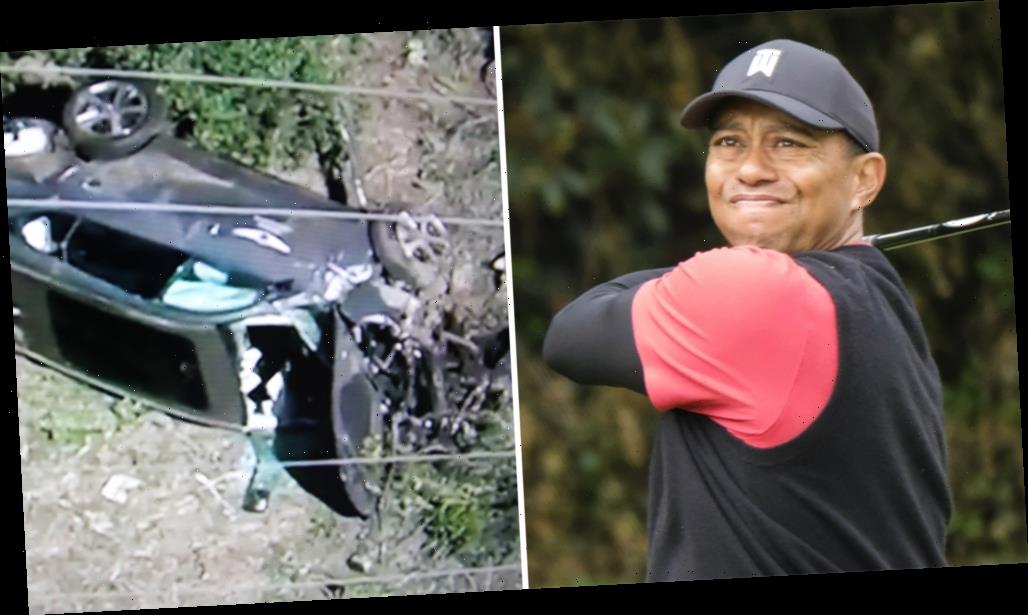 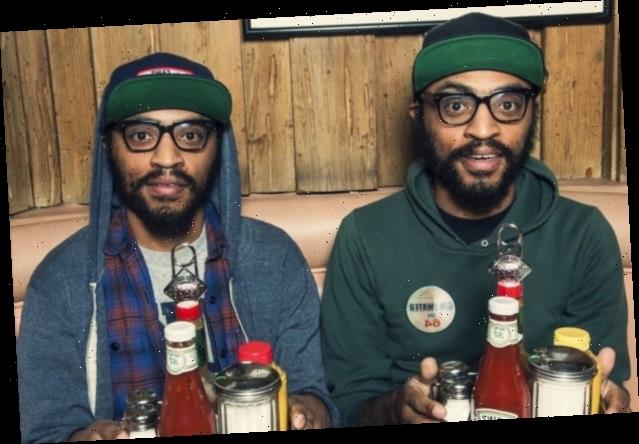