Schmigadoon! manages to sell its audience on a pair of dalliances as fast as Betsy was able to sell Melissa on The Inn’s world-famous corn pudding.

In Episode 4, Jaime Camil (Jane the Virgin) and Ariana DeBose (Hamilton) are formally introduced as Doc Lopez and schoolmarm Emma Tate, new love interests for Cecily Strong and Keegan-Michael Key’s bewildered outsiders. In just one song, we’re led to believe that Melissa and Josh may have found their soulmates in this harmonious haven — the very soulmates they need to cross that bridge and return to their former lives.

“I think you have the license of musical theater to do that,” Camil tells TVLine of the ability to establish these courtships so quickly. “Because in musical theater, from one scene to the next, all of a sudden you are madly in love with your co-star.”

DeBose concurs, adding: “This idea that you can just fall in love over the course of one song is what makes musical theater great.” She also had the added benefit of knowing her on-screen love interest, having previously worked with Key on Ryan Murphy’s film adaptation of The Prom.

“We had such a fondness for each other as human beings already, and here we were able to reunite in a very different capacity,” DeBose says. “I always joked with him, ‘Um, your last dance partner was Meryl Streep. I’ll never live up!’ But you just sort of commit to the moment, and you have undying belief that with one look, Emma falls in love with Josh. For some odd reason, it works. I wish I could wax poetic about the formula for it, but I don’t know that there is one.”

Emma and Doc Lopez ultimately win over their romantic counterparts with a (sort of) duet. DeBose and Camil take turns on the enchanting “Suddenly,” the song from which the episode gets its name. Due to COVID protocols, DeBose and Camil had to record their parts separately — though the actual recording was barely used. 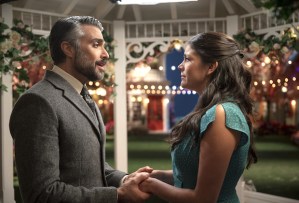 “We had to record ourselves to have a ‘safe take,’ but [executive producer Cinco Paul] wanted us to sing live [during the production],” Camil explains. “We all sang live while we were performing, and Cinco ended up using about 90 percent of the live take.” The recording, he says, was mostly necessary for the parts sung entirely in front of a green screen.

DeBose, meanwhile, lets slip an impromptu piece of choreography that excited her most about the finished number. 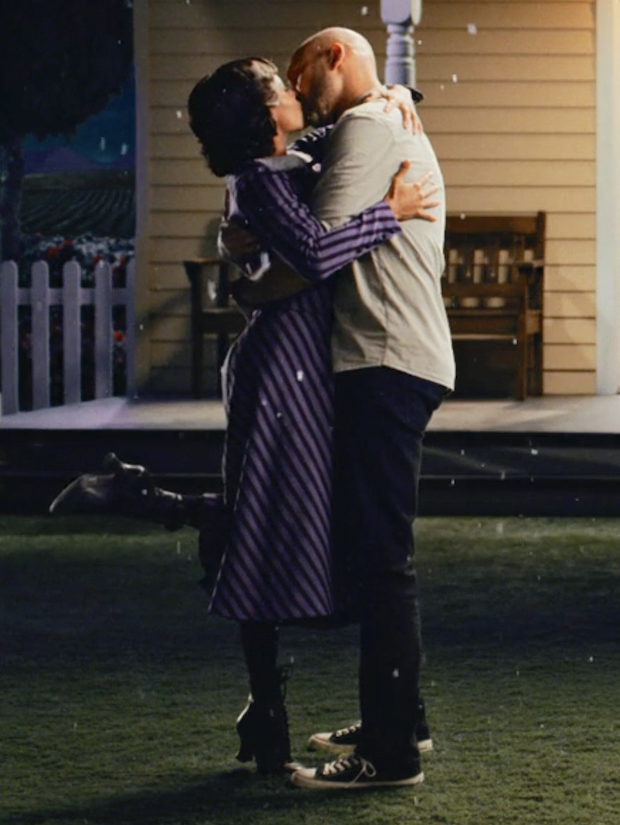 “I remember the moment that our director, Barry Sonnenfeld, was like, ‘We got the shot,’ and he let us watch it. And there’s a foot pop that happens,” she recalls. “I got so excited. You could have asked Jaime or Keegan or anyone, and they would tell you that Ariana turned into a football fan over that foot pop. It was just so joyful to be able to shoot a musical number with people [during COVID].”

Beyond the performance, Camil says he was pleased with what Doc Lopez and Emma represent in the grand scheme of Schmigadoon!, and in Melissa and Josh’s fractured relationship.

“Yes, Doc Lopez and Emma Tate are the possibility of love for [Melissa and Josh], but I love the fact that they are [also] a mirror to Melissa and Josh’s faults in personality, and the challenges that they have had together,” he says. “There’s one scene [in Episode 4] where Doc Lopez says something along the lines of, ‘I’m ready to be whatever, whoever you want me to be, and say whatever you want me to say,’” and his willingness to adapt will force Melissa to reflect on her own shortcomings. “Cecily’s character [starts to] think, ‘Oh, I have issues as well. Like, I might be a little bit of a control freak.’”