LIKE every up-and-coming artist, Freya Ridings gets nervous about tickets sales for her gigs.

But they keep getting bigger — and keep selling out. Ridings says it blows her mind. 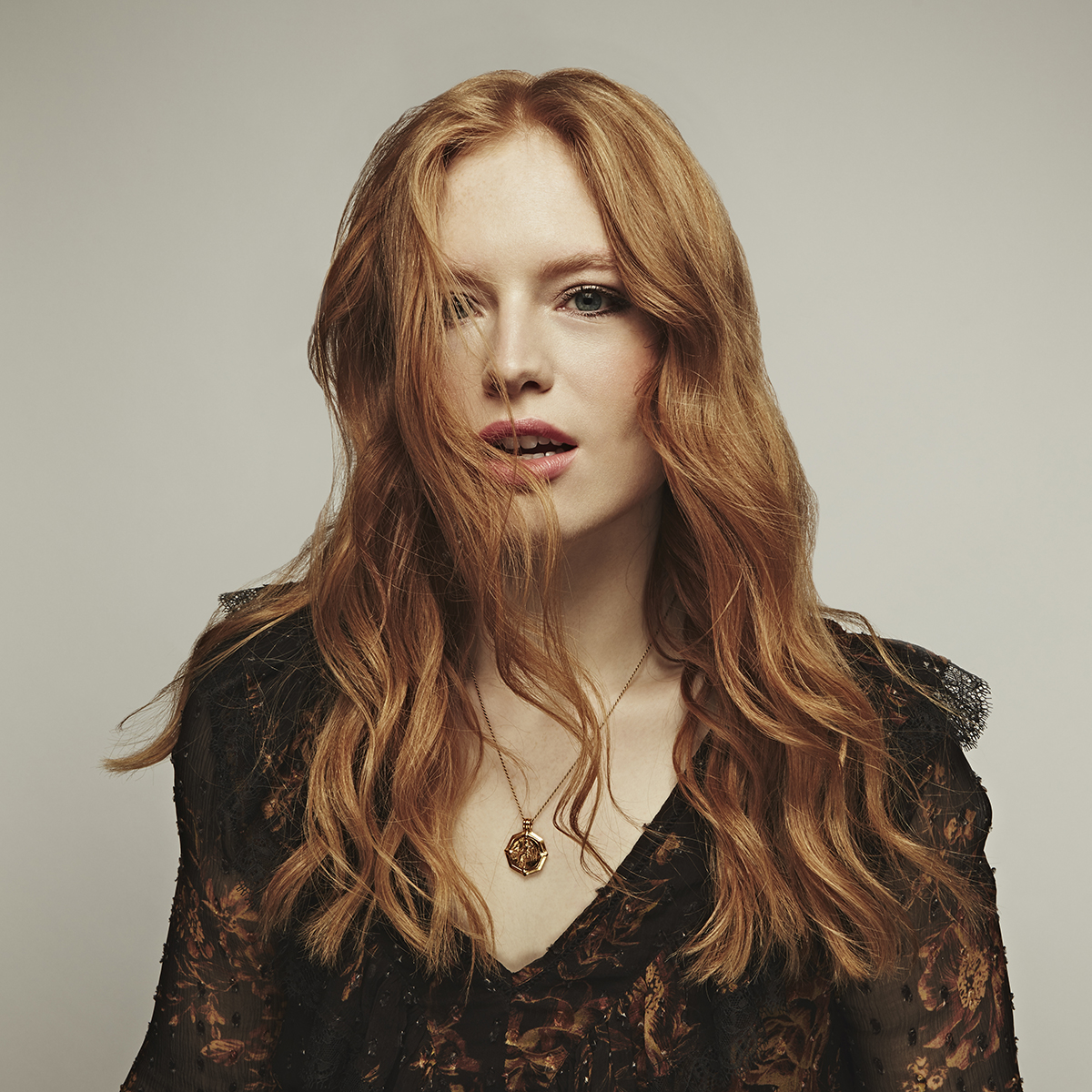 She tells me: “When I first started, I’d play to a few people. My mum would invite everyone she knew and the venue was filled. Then the venues started to get bigger and I’d say to Mum, ‘Well we don’t know 100 people — how are we going to fill this one?’

“This recent tour, I played to over 19,000 people in total all over the UK. Me and Mum don’t know that many people, so they must be actually buying tickets to come and see me!”

It has been quite a year for the Londoner, whose self-titled debut album is out today.

Today we sit in the back of a bus in East London, which doubles as a dressing room on the set of her video for single Castles. 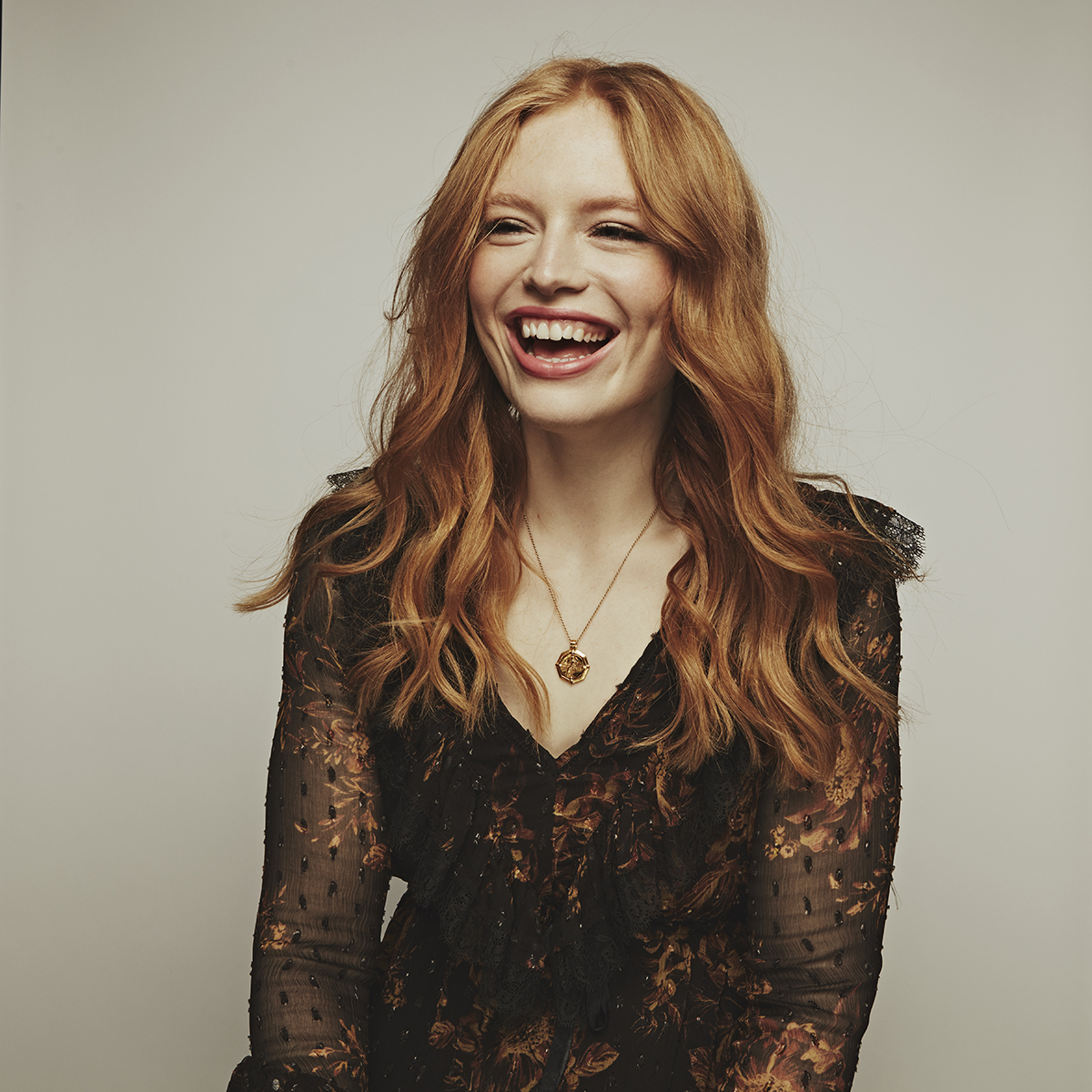 I have met Ridings many times in the past six months — and she is visibly more confident now.

“Everything that happens feels like a jumping-out-of-a-plane moment,” she says.

“Every time I do something new, it makes me a bit stronger. Playing huge shows, being invited to play with Nile Rodgers after the Brits — all are mindblowing and I have a great team around me who are empowering. It makes all the difference.”

Ridings, 25, started out playing covers in pubs and says without that experience, she wouldn’t be where she is today.

She says: “I played the Roundhouse in Camden in March. As a North London girl, that’s like a homecoming for me.

“To see the people queuing down Camden High Street was emotional. Me and my dad had teary eyes, as we used to go and see concerts there.”

'IT HAS CHANGED MY LIFE'

Ridings’ poignant piano ballads have earned her comparisons with Adele.

She says: “I followed my gut and my subconscious told me the kind of music I wanted to create. But it wasn’t easy.

“I remember in 2016 when I got signed to my record label Good Soldier, which is a very small indie label. They took a big risk on me because ballads were the furthest thing from cool at the time.

“I got told by so many people to write happier songs. But when I sit down at the piano, sad songs are what happens.”

Today, Ridings and Lewis Capaldi — another songsmith with a flair for melancholy — are both reaping the rewards for sticking to their guns.

She says: “I love Lewis. He makes me cry laughing. And he’s not doing too bad with his music, is he?

“I’m not going to lie — I’m not sure I’d be doing this job if it weren’t for the rocketfuel heartbreak gives you.

“It happens and you vow to make your life better because of it and you get home and write your heart and soul out into a song.

“It is something that has changed my life.”

Ridings has come through many battles along the way. A lonely outsider who was bullied at school, she struggled with classwork because of dyslexia.

She found solace in music and spent her lunchtimes practising in the school’s piano room.

Ridings, who studied at the famous BRIT School for performing arts from the age of 16, says: “I was told I was dumb at school.

“I’ve heard a lot of artists talk about finding music because of their isolation. It’s the thing that makes you different at school, the thing which defines you.

“The time I spent on my own meant I had a lot of time to think and find out who I was — without listening to what other people thought was cool.

“And I was always drawn to the piano. It’s always been my anchor through the stormy periods of my life. My piano is like a friend.

“It’s that close friend I turn to when things get tough or difficult. But I never expected to get to this stage where I travel the world and experience thousands of people singing these songs back to me.”

Ridings’ debut album includes her huge hit Lost Without You, the soundtrack to last year’s Love Island, and You Mean The World To Me. The latter was written about Ridings’ mum while the video stars Game Of Thrones’ Maisie Williams.

It was directed by Lena Headey — Williams’ co-star on the fantasy hit.

‘TELL YOUR OWN STORY’

Ridings says: “I feel like I’ve been making up albums since I was 12.

“It’s like a constant evolution of writing new songs, playing them and getting that feedback from fans to which songs resonate. The newest song on the album is Still Have You, which I am so proud of.”

Ridings’ dad Richard is an actor and screenwriter. He featured in an early episode of Game Of Thrones and provides the voice for Daddy Pig in Peppa Pig.

Ridings says she was always encouraged to be herself and follow her heart career-wise.

She says: “I’m so close to my mum, dad and brother. Mum didn’t let me watch Disney ‘princess’ films when I was very young but I decided I wanted to watch them.

“She didn’t want my goal in life to be a princess but I am such a girl and I love dresses and sparkly things. That’s what my song Castles is saying — if you want a castle, you can buy or build your own. 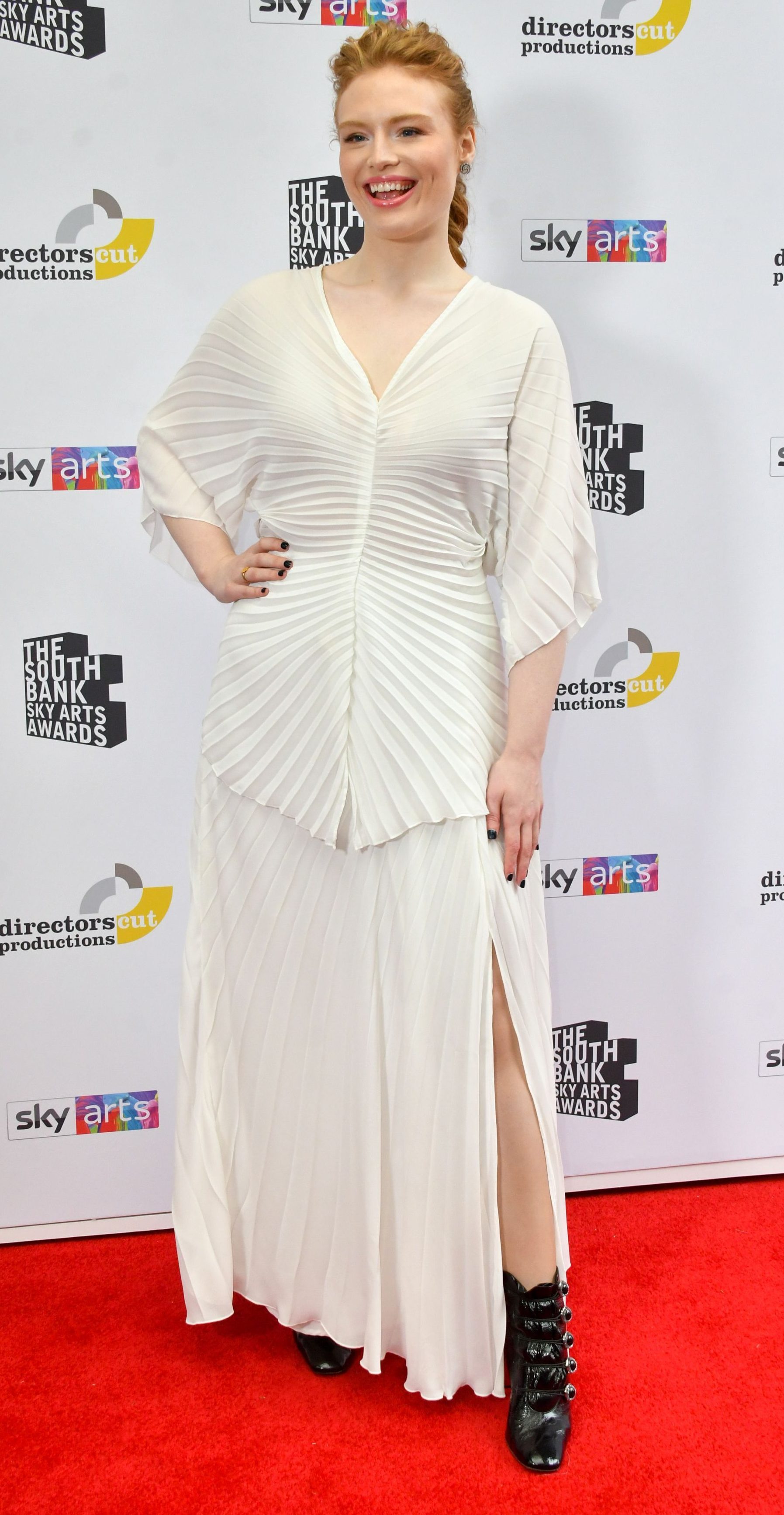 “Sending that message to my female fans has been one of my proudest moments.”

She says: “I’m really pleased with how the album has turned out and the people I worked with. Greg is such a humble and unassuming man, yet he’s worked with so many big names.

"I’m really excited for people to hear the new songs like Still Have You and Elephant. We’ve been ending the show with Holy Water, which has gone down so well.”

She says: “Walking out on those stages and seeing thousands of faces waiting to see me was another level.

“I could’ve had a heart attack. You don’t really understand what you are doing. You get dropped off at the stage, walk up the ramp to the stage in your heels, then it’s, ‘Oh my God! Where did all these people come from?’”

‘IT'S SO HECTIC AT THE MOMENT’

After all the bullying she suffered when she was younger, how does Ridings deal with negative remarks and trolling on social media?

She says: “My mum always tells me not to read any of that stuff but I believe people have a right to say what they want. 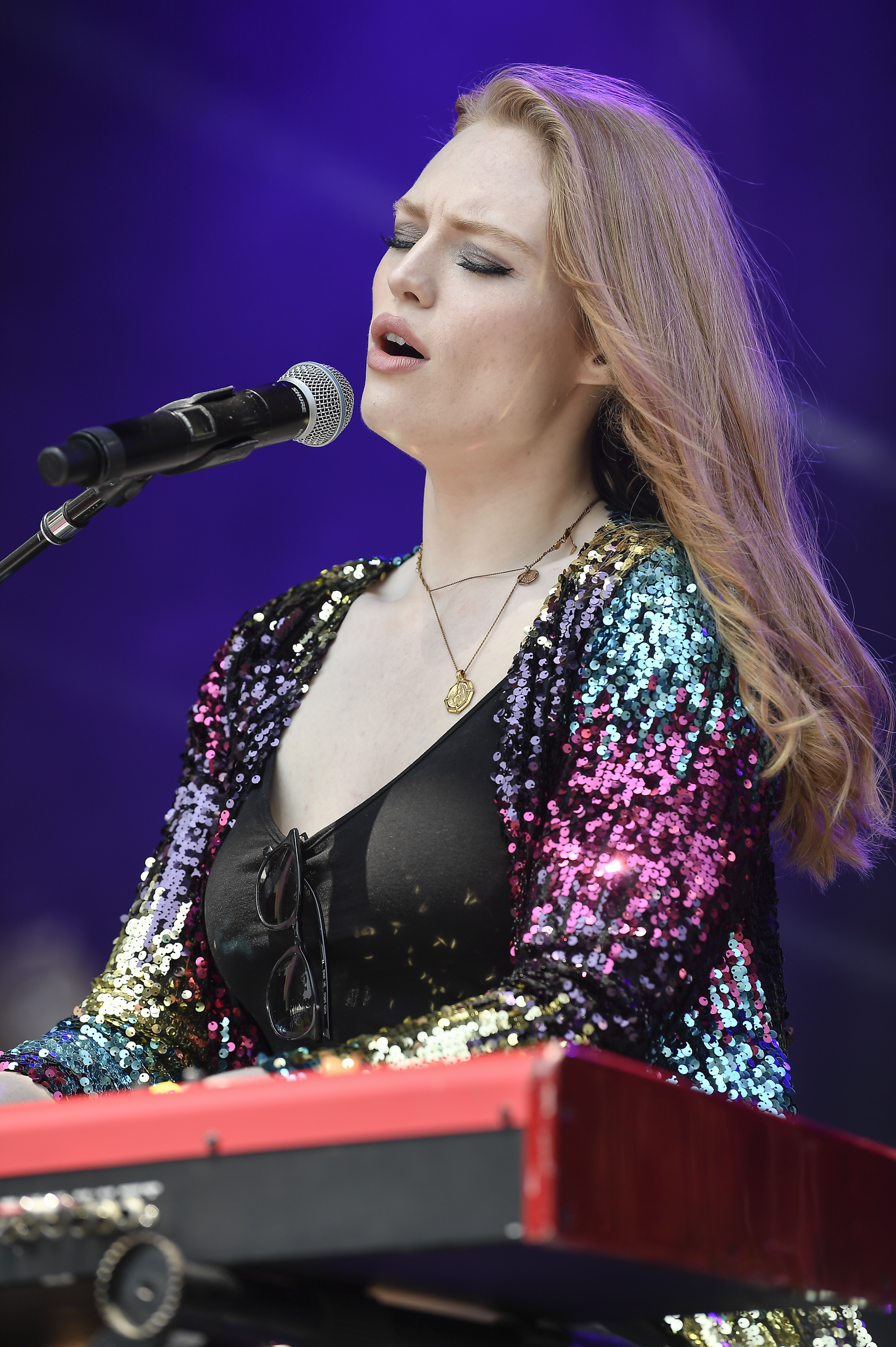 “My job is to create work I am proud of. Then if I can be proud of it in my soul, I feel internally strong and resilient.

“I’ve had overwhelming support and love but I understand that negativity is also part of it.

“But it’s only one bad comment out of 1,000 nice ones. If you don’t put your head above the parapet, you are never going to get anywhere.”

Ridings is excited to tour once the album is out, as “that’s when the songs take on a life of their own”. She says her band and crew are “like family” to her.

She adds: “It’s all my dreams come true. I have done this on my own for so many years, so now, working with a team of lovely, hardworking people who are a joy to be around is special.

“I look forward to all of it — turning up, playing and hanging out. 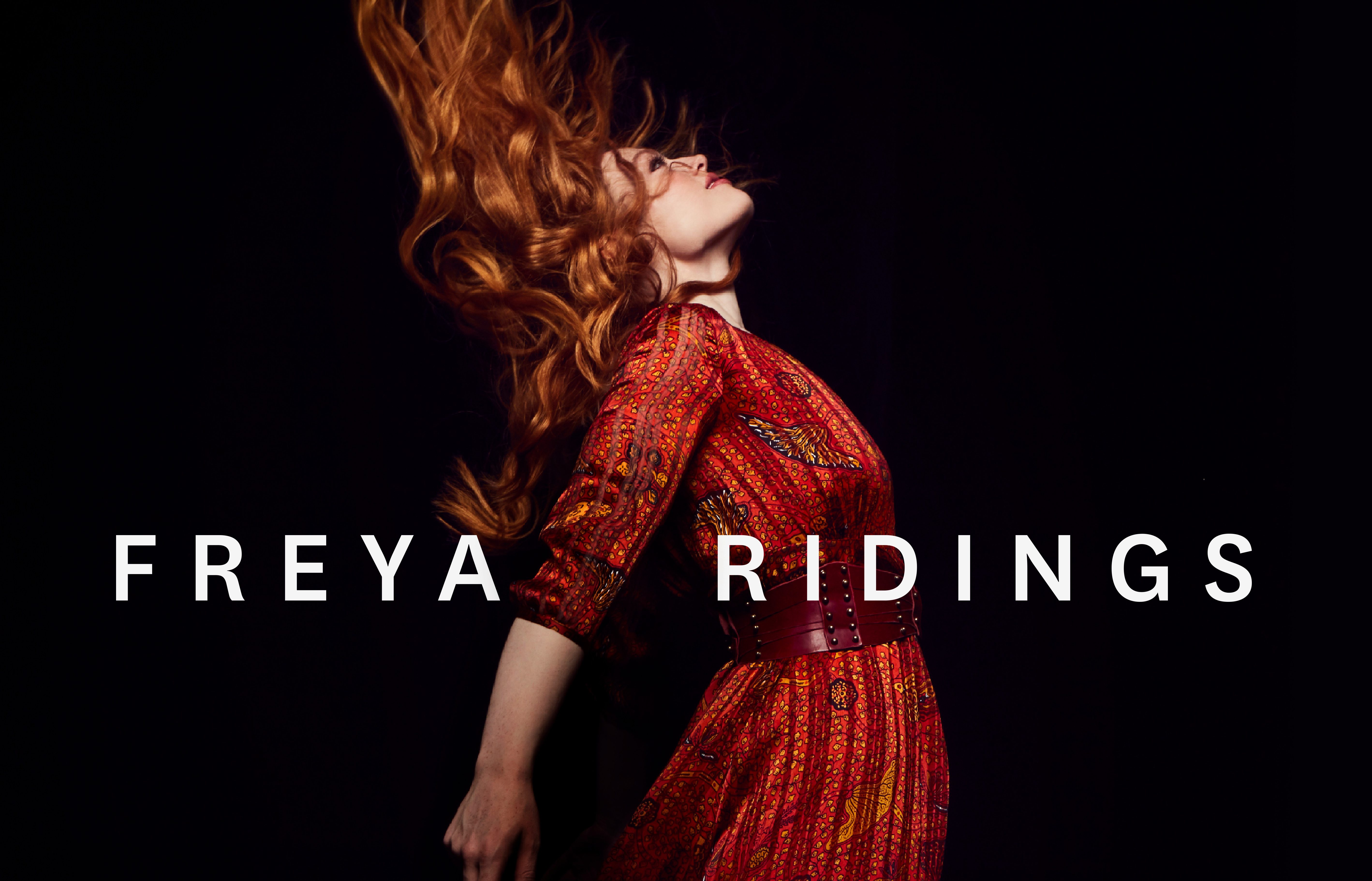 “When I AM home, I’m writing new songs. I know I should’ve moved out of the family home by now! I am 25 but I’m never there. And when I return from being away, I just want to catch up with my mum.

“Maybe next year I will start to look (for somewhere to live) but everything is so hectic at the moment, I just want to be rooted in the ground where I grew up.

“Things are going so well, why change?”