The satirical puppet show returned to screens on the streaming site BritBox last month after 24 years off the air. In the lead up to Spitting Image’s return, a puppet of 17-year-old climate change activist Greta Thunberg sparked controversy because of her age and that she has Asperger’s syndrome. Other world leaders in the firing line have included US President Donald Trump, Boris Johnson and Vladimir Putin. How characters should be portrayed in the show was discussed in depth by producers and creators alike and their concerns were revealed in recent accounts.

Ahead of its release, co-creator Roger Law promised the new version of Spitting Image would be “more outrageous, audacious and salacious” than ever before.

But before their show made it to air, it was revealed that a number of discussions took place – including one “surreal” meeting with ITV executives on how to portray black celebrities.

They had lengthy chats over how to show figures including US rapper Kanye West, Meghan Markle and Beyoncé, without prompting accusations of racism.

The meetings came amid a national reevaluation of black people’s portrayal in TV shows – most notably in comedies.

The discussions led shows including Little Britain to be removed from Netflix, BBC iPlayer and BritBox over stars’ use of blackface.

At the time, comedians David Walliams and Matt Lucas apologised on Twitter and cited their admissions of “regret” over playing “characters of other races” in the previous interviews. 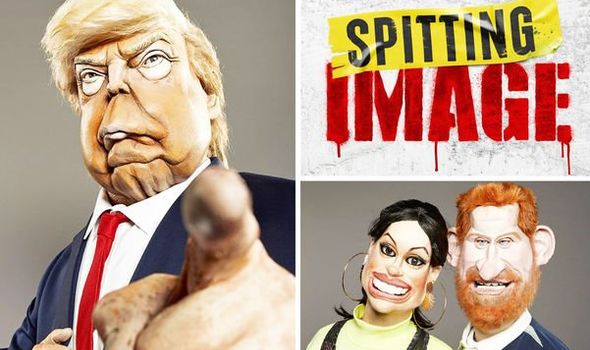 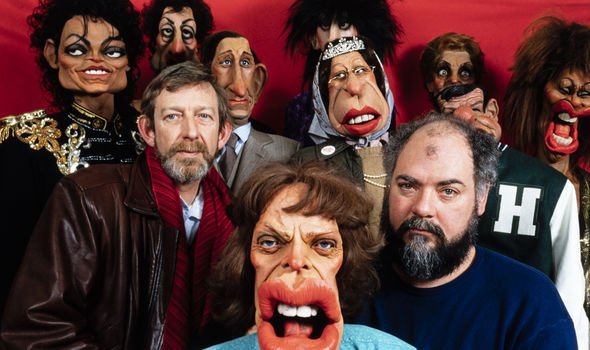 Lucas, now the co-host of Great British Bake Off, wrote: “Once again we want to make it clear that it was wrong and we are very sorry.”

Similarly in June, The Simpsons announced that they would not use white actors to voice non-white characters in their show.

Spitting Image was keen to avoid similar offence and condemnation according to Kevin Lygo, ITV’s director of television, who described a “curious” meeting.

He told The Times in August: “The producers called me and said we need a conversation.

“We discussed with the writer and the producers about how to portray black people as viciously caricatured puppets. What’s OK, what’s not OK? 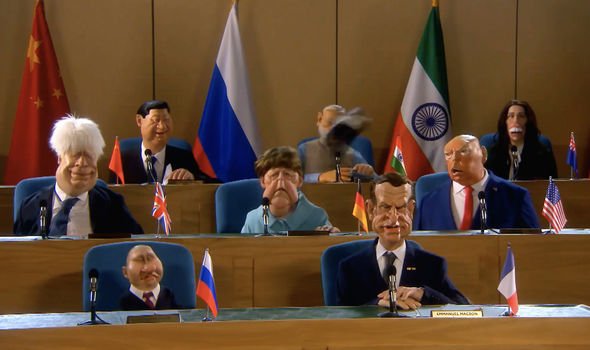 “Should only a black actor voice a black character? So if you’ve got Kanye West as a puppet, does it, should it, must it be a black person? Should only black writers write for black puppets?”

Mr Lygo told a TV diversity discussion session, hosted by ScreenSkills and Broadcast magazine, that “having a conversation” was the “good” takeaway despite the difficulties.

He continued: “Some of the answers are unclear, it’s difficult, everybody is trying their best.

“We’ve got to get this out in the open and ask everybody and anybody that we can. That would certainly not have happened years ago.”

After Spitting Image aired last month, Mr Law fought back at criticism over their portrayal of black people.

He told the Radio Times: “People sit around looking for things to complain about. I do big noses and big ears. It’s personal – it’s not a racist thing.”

Mr Law claimed that the exaggerated appearance of puppets had “more effect on individuals than waxing lyrical about their policies”.

He added: “Everybody cares about how they look. I’m wearing my hat now because I’m virtually bald – we’re all at it!”

Spitting Image is available to stream on BritBox.