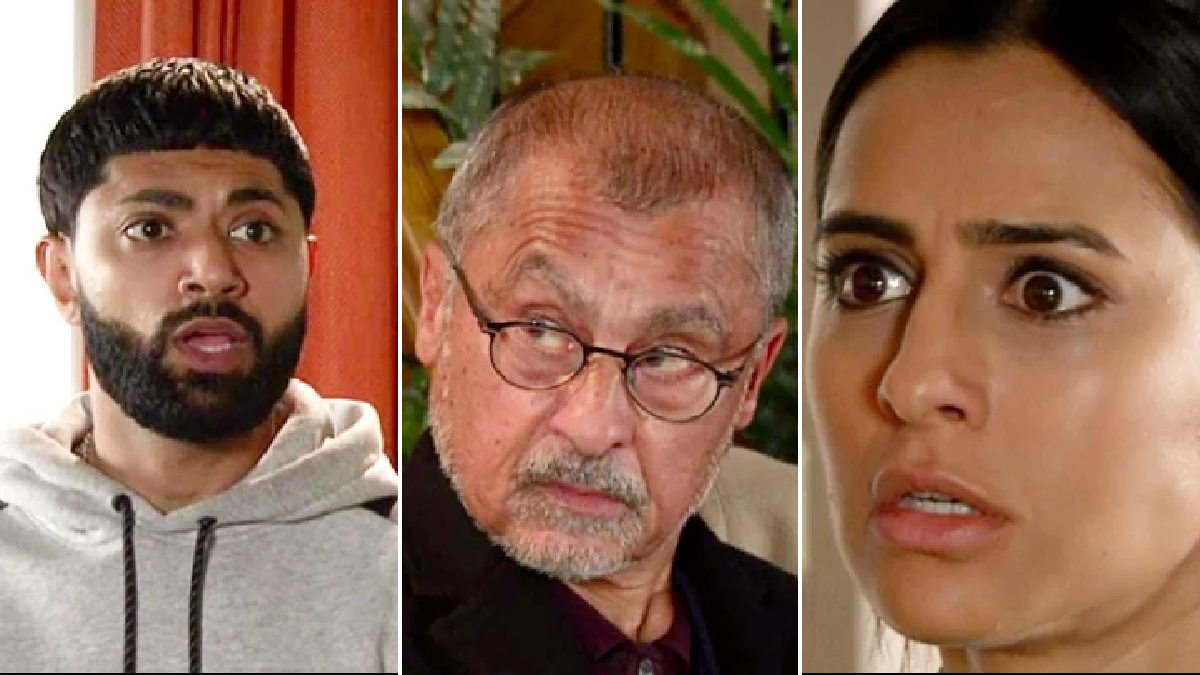 The siblings have been going out of their mind with worry following the Speed Daal fire, which was started by Hashim’s sons to try and claim on the insurance.

As the police continued their investigation, Yasmeen (Shelley King) was questioned about her previous debt issues that Geoff (Ian Bartholomew) had left her.

Meanwhile, Alya and Zeedan were confronted by Hashim.

As an argument ensued, Hashim began clutching his chest and collapsed, calling out for help.

Alya immediately knew he was having a heart attack but shockingly, she told Zeedan that if Hashim dies, then all of their problems will die with him.

Despite Ryan’s (Ryan Prescott) attempt at performing CPR, it was too late, the siblings had let Hashim die.

Zeedan and Alya successfully managed to lie to the police, but as the episode ended, viewers discovered Alya was struggling to cope already.

Zeedan thinks their problems are now over, but Hashim is dead because of them, the drama has really only just begun.

Can Alya cope with keeping this huge secret?