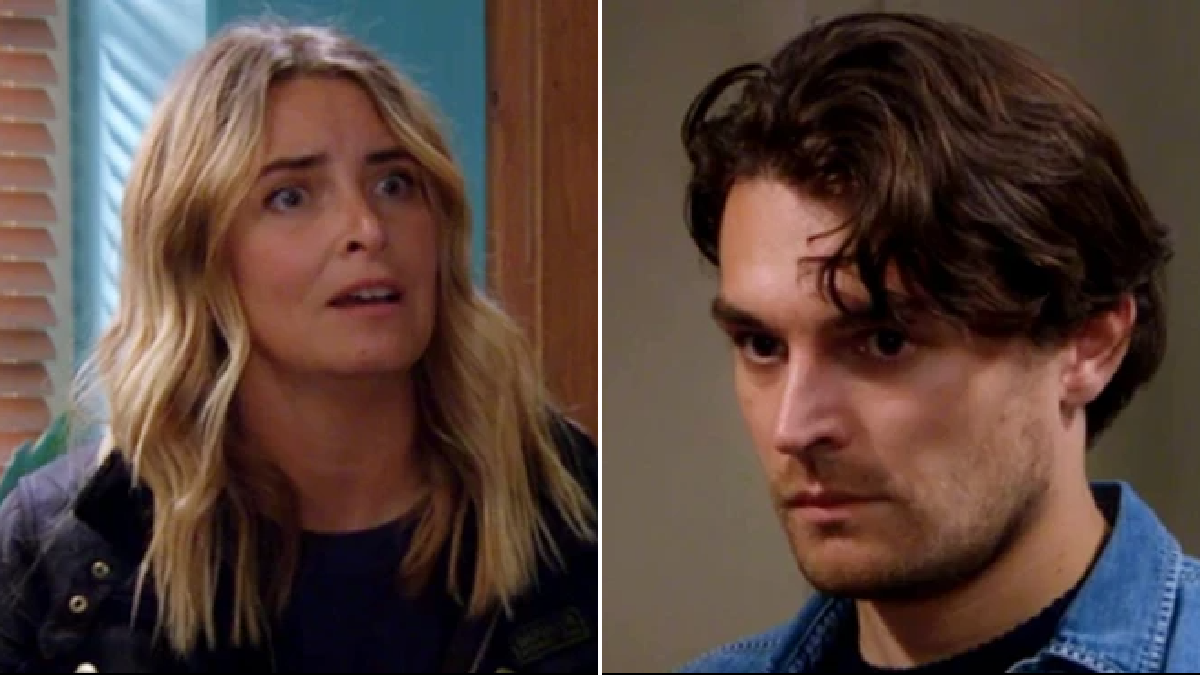 Unbeknownst to everyone, Noah has spent weeks meeting up with Chloe (Jessie Elland) – the newcomer who has a very controlling and unhappy home life.

Tonight, knowing Sarah (Katie Hill) and Noah still aren’t that keen on Charity’s new relationship, Mack decided to try and get Noah on side.

After seeing Chloe and Noah together, Mack found Noah, offering him relationship advice and some condoms.

As Noah secretly left for his date with Chloe, Mack chatted to Ryan (James Moore), revealing Noah’s secret and asking to cover for him if needed.

The problem? Charity had overheard the entire conversation.

Charity was furious with Mack, asserting he had probably made things so much worse.

Mack wasn’t convinced, thinking Kerry (Laura Norton) was being a bit dramatic when it comes to Chloe being a gangster’s daughter.

Charity wasn’t prepared to give Mack anymore of her time and told him their relationship was over.

Poor Mack looked heartbroken, but can he win Charity back?