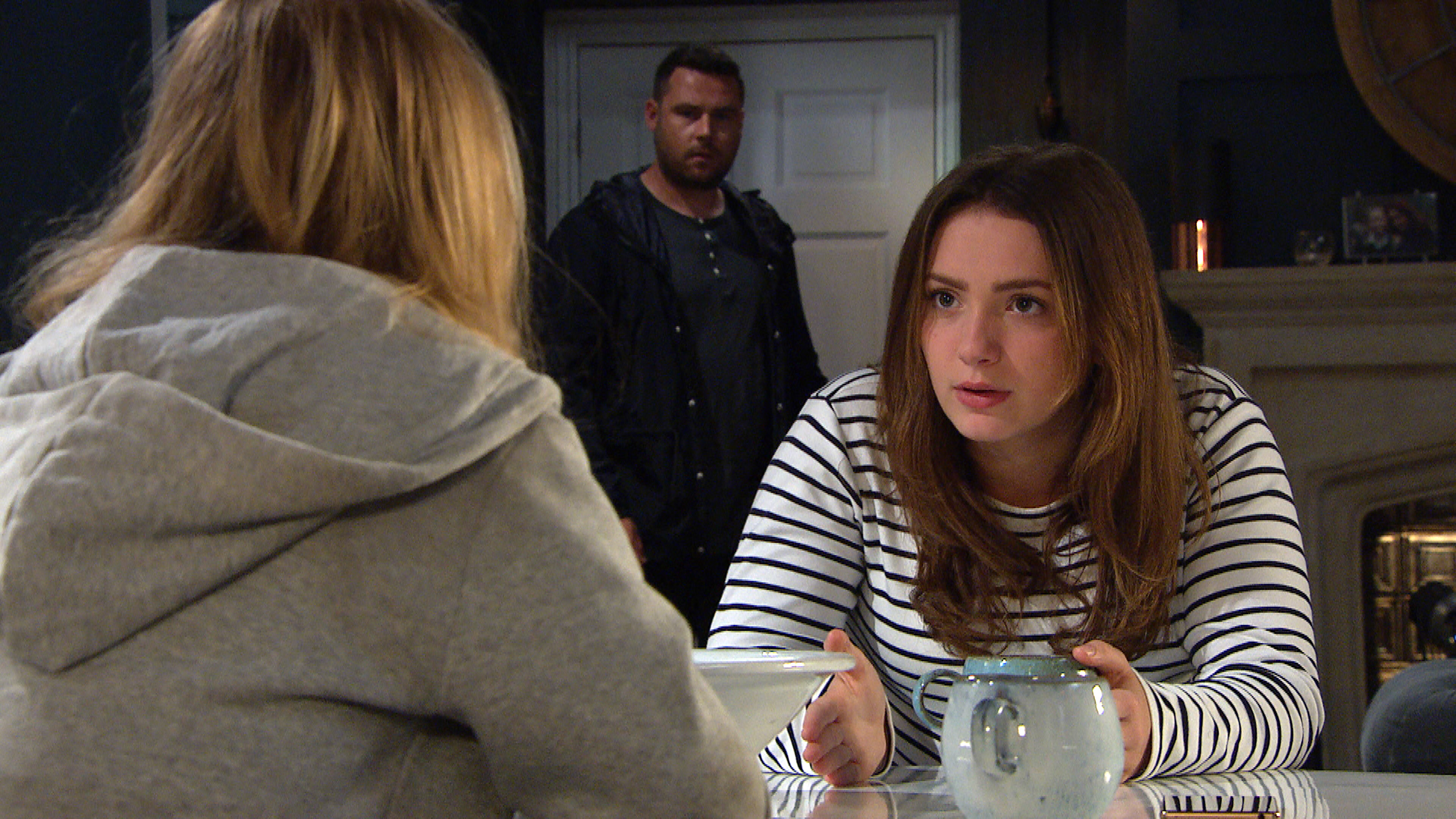 Feeling suffocated by Aaron (Danny Miller) and Vinny’s (Bradley Johnson) constant references to her sobriety, Liv breaks down in front of a concerned Laurel (Charlotte Bellamy).

When she next crosses paths with Hannah and George, Liv cracks and starts swigging from a can of lager.

The next morning, Liv wakes and is full of confusion and regret.

Liv also has bruises on her arms, with no idea of what happened the night before.

When Aaron returns, he explains he found her in the doorway last night and Liv continues to struggle with disorientating flashbacks.

Later, she’s shocked and sickened as she finally figures out it was Noah she was with the night before.

Talking to Liv, Gabby (Rosie Bentham) is left reeling after a mention of Noah and feels uneasy after her own run-ins with him.

Gabby tells Liv they might be dealing with the aftermath of rape, but how will she react?