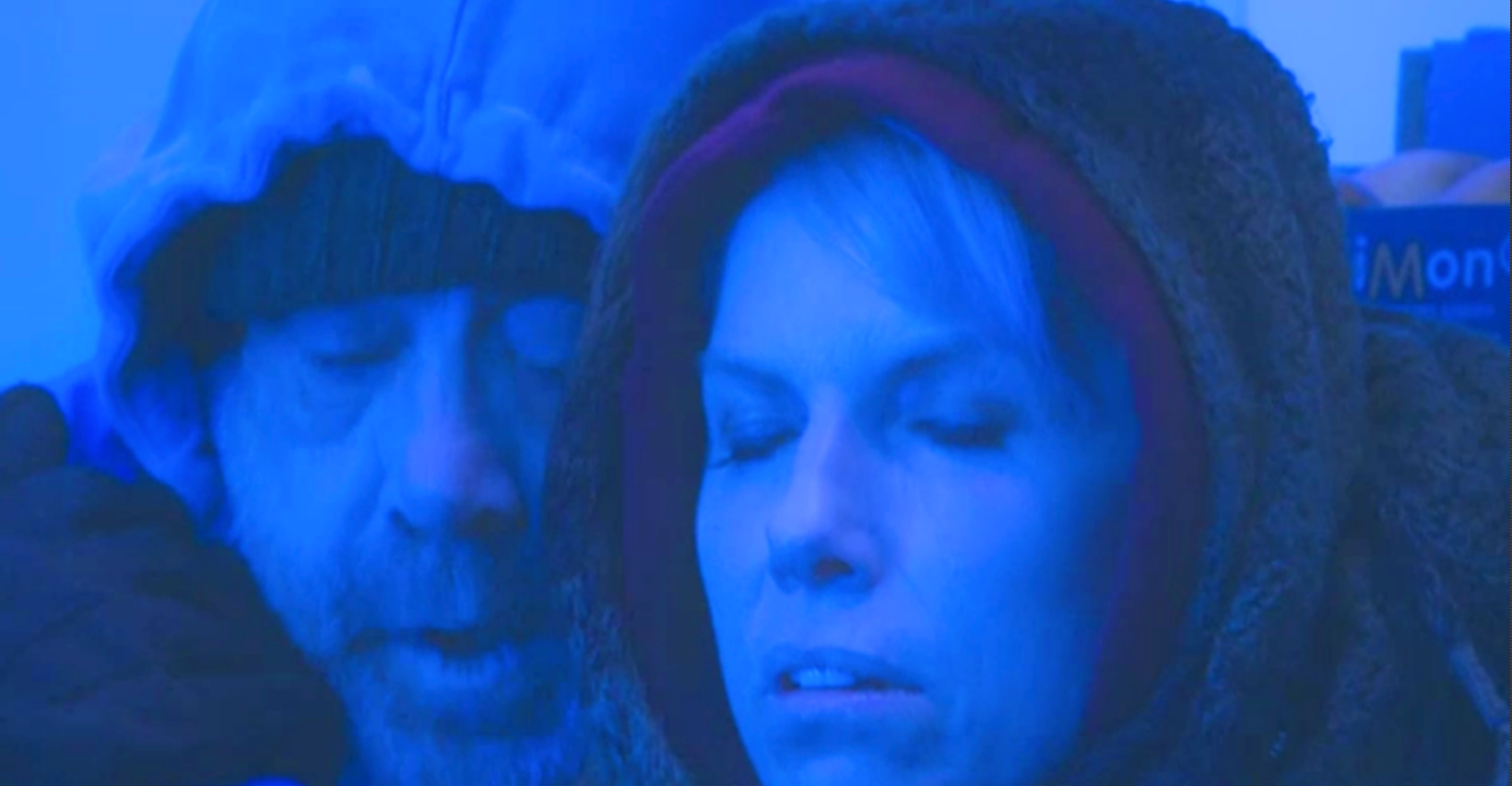 The siblings have found themselves trapped in the walk-in fridge at the bistro, after villainous hotelier Ray Crosby (Mark Frost) locked them in.

Kevin tried to stay warm, while hoping and praying that someone on the outside would come looking for then.

The soap stalwart used a pencil to stop the fridge fan, but in spite of this, both he and Debbie were still freezing.

Debbie reminisced about their childhood, and Kevin joined in, recalling how much fun they used to have as kids watching movies each and every Saturday night.

However, Kevin started to fear the worst, as Debbie began to lose consciousness, and therefore he yelled at her — berating her for all the damage she’s done since rocking up on the eponymous street.

Debbie fought back — blaming Kev and their dad for allowing her to ‘skivvy’ after them while she was younger in the wake of their mum’s death.

Kevin’s plan to keep Debbie awake had successfully worked, but in the process he learned that she chased the high of being a successful businesswoman because of her experiences as a child.

The two ultimately made amends, and held each other close, but as Debbie slipped into unconsciousness once more, Kevin worried that she might die.

It seems as if the pair are set to face another long night in the fridge, but when morning comes, will Debbie still be alive?