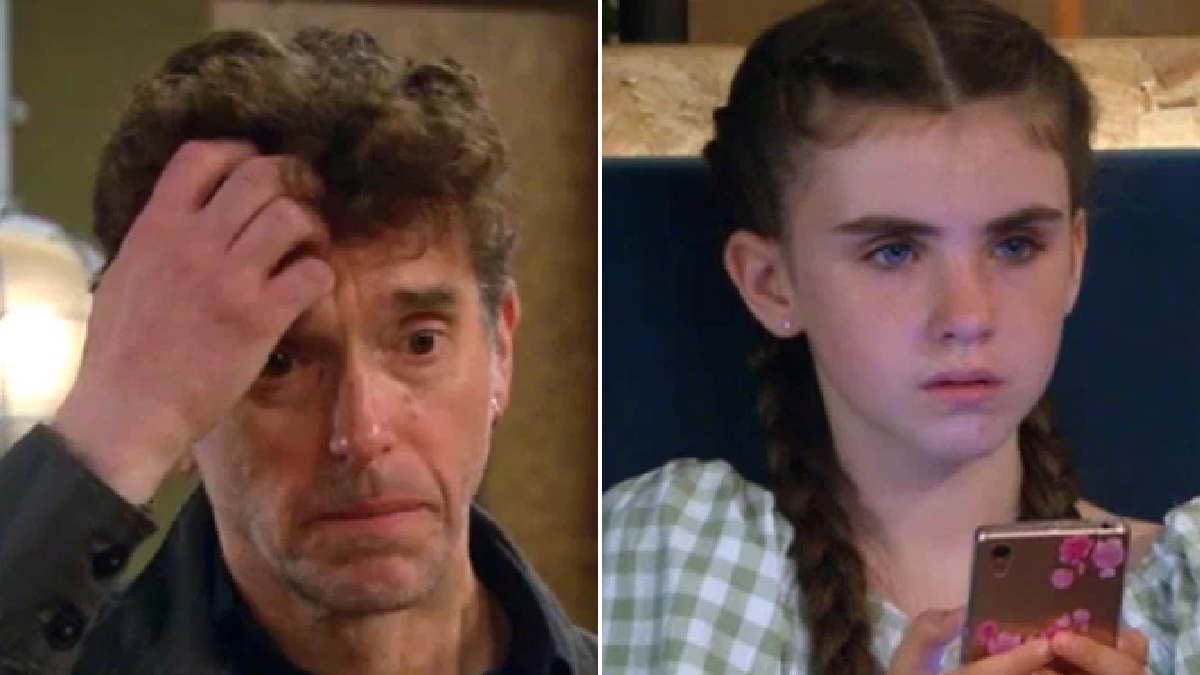 Marlon Dingle’s (Mark Charnock) ongoing finance issues have gotten a whole lot worse in Emmerdale thanks to a pub reviewer.

It’s not been an easy journey since Marlon became co-owner of the pub. The Coronavirus lockdowns and lack of customers have had a huge impact on the business, and it’s a problem Marlon and Chas (Lucy Pargeter) are struggling to fix.

With April, Rhona (Zoe Henry) and Cathy (Gabrielle Dowling) up at the HOP enjoying the party, Marlon couldn’t resist sneaking into the pub to see what was going on.

Much to Marlon’s shock, he discovered a person who had recently left a bad review about the pub was returning.

Despite Marlon’s determination to impress, Mandy (Lisa Riley) and Aaron’s (Danny Miller) argument occurring right outside the pub door meant any chance he had of a good review had been shattered.

Later on, as the party drew to a close, Marlon organised to pay.

However, when he discovered the bill was more than expected, Marlon was feeling embarrassed when Laurel (Charlotte Bellamy) told him his card hadn’t worked.

As Bob (Tony Audenshaw) covered the payment, viewers saw Marlon completely devastated, unaware of how he could save himself from the trouble he was in.

With the pub income failing to pick up, what will the future hold for Marlon?

We know he’s not one to admit he’s struggling; how bad could things get?