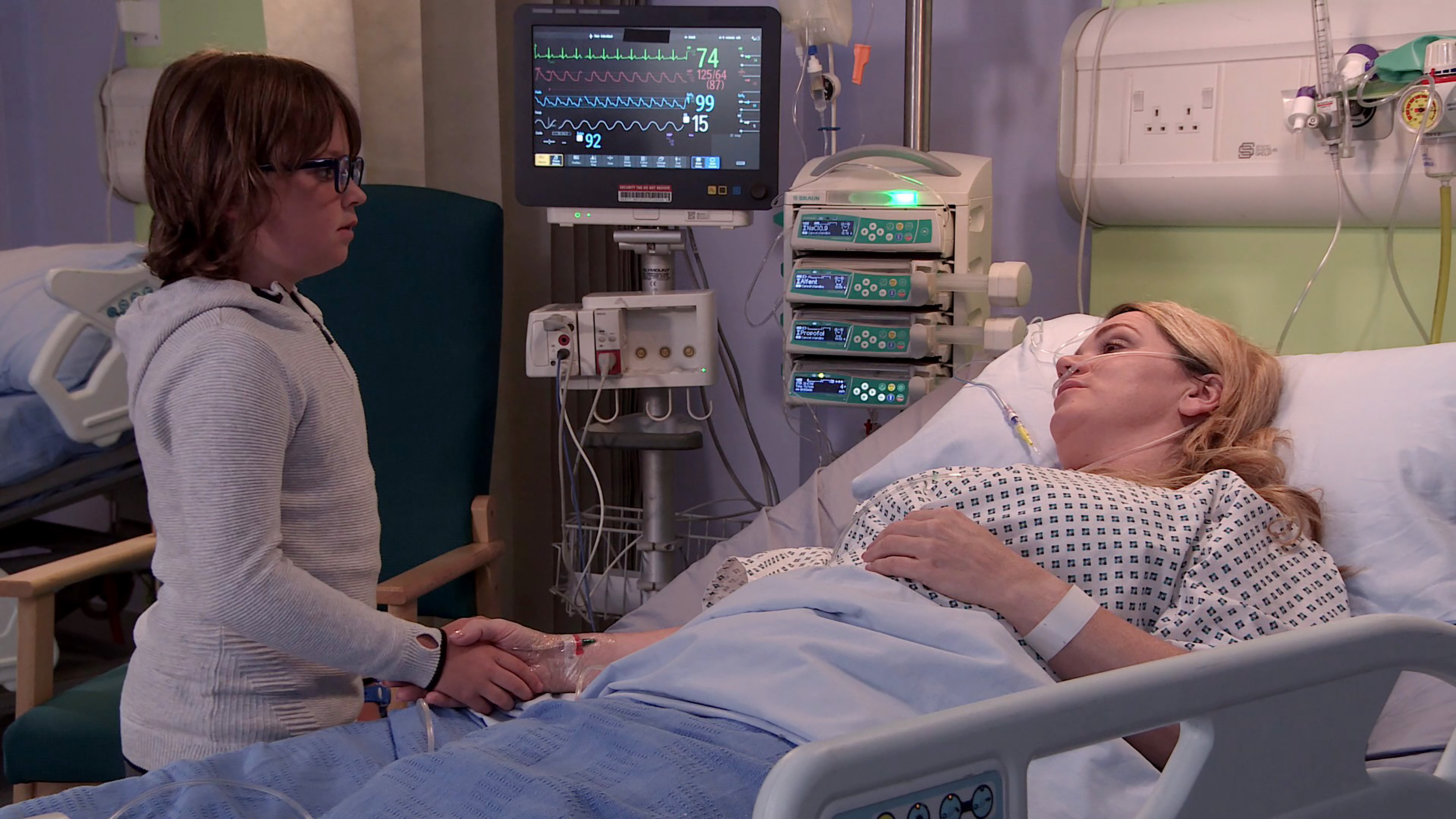 Natasha Blakeman (Rachel Leskovac) will continue to fight for her life in hospital following the destruction caused by Harvey Gaskell (Will Mellor) in Coronation Street.

Yes, in a shocking turn of events, Natasha found herself in danger after Harvey made his way back to Weatherfield for revenge.

Convinced he was looking at Leanne (Jane Danson), Harvey pulled the gun trigger.

However, in a classic Corrie twist, Natasha was also wearing the same Halloween costume as Leanne – meaning Harvey actually shot her.

Coming up, in the hospital, the doctor tells Nick (Ben Price) that Natasha’s operation went well.

Working together, Leanne and Nick tell Sam (Jude Riordan) his mum is in hospital, badly hurt.

At the hospital, Sam tells Natasha she is the best mum in the world and as she’s wheeled away to the operation theatre, she tells her son she loves him.

As they wait for news, Sam shows Nick the get well card he’s made.

Will Natasha make it out of theatre alive?

If Natasha dies, how will Nick and Sam cope?