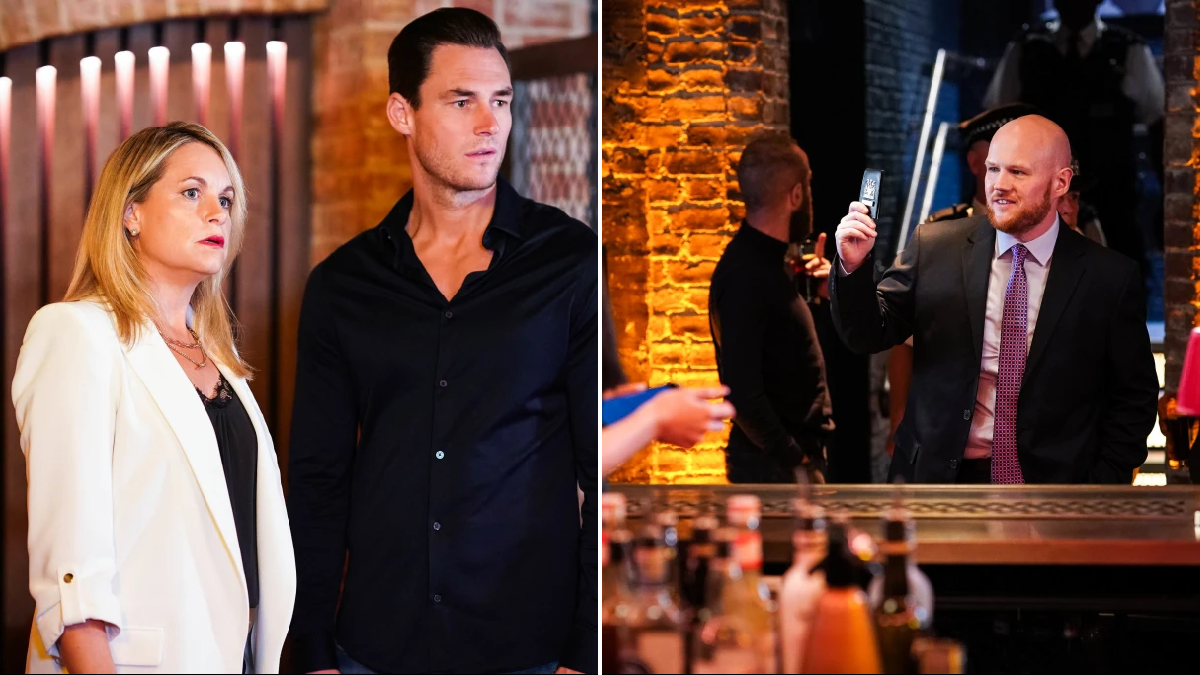 Is Ben Mitchell (Max Bowden) in EastEnders about to bring the full force of the law down on Peggy’s after dealing drugs?

Ben turns to drugs as a way to help him cope with the trauma of being raped, getting his supply from Jonah (Mark Mooney)’s drug dealer Tez – who we know has an arrangement with Sam (Kim Medcalf).

Knowing that Ben could potentially ruin things for her, Sam decides to buy his silence by making him the co-manager of Peggy’s and it’s this promotion that gets him into trouble when he tries to throw his weight around in the club.

He antagonises Zack (James Farrar), who responds angrily and punches Ben to the ground. Sam is later furious with Zack for punching Ben and he responds by saying he thinks that Ben is dealing drugs in Peggy’s.

Before Sam can react to that, the police arrive – it’s a drugs raid!

Will the police find anything? And how will Sam manage to talk her way out of the situation if they do?

Phil (Steve McFadden) is going to be livid when he finds out.