STACEY Solomon has hit back at a cruel troll who claimed that she was too thick to get into university.

The 29-year-old took to Twitter to correct a follower who made the hurtful claims after watching Stacey discussing further education on Loose Women yesterday. 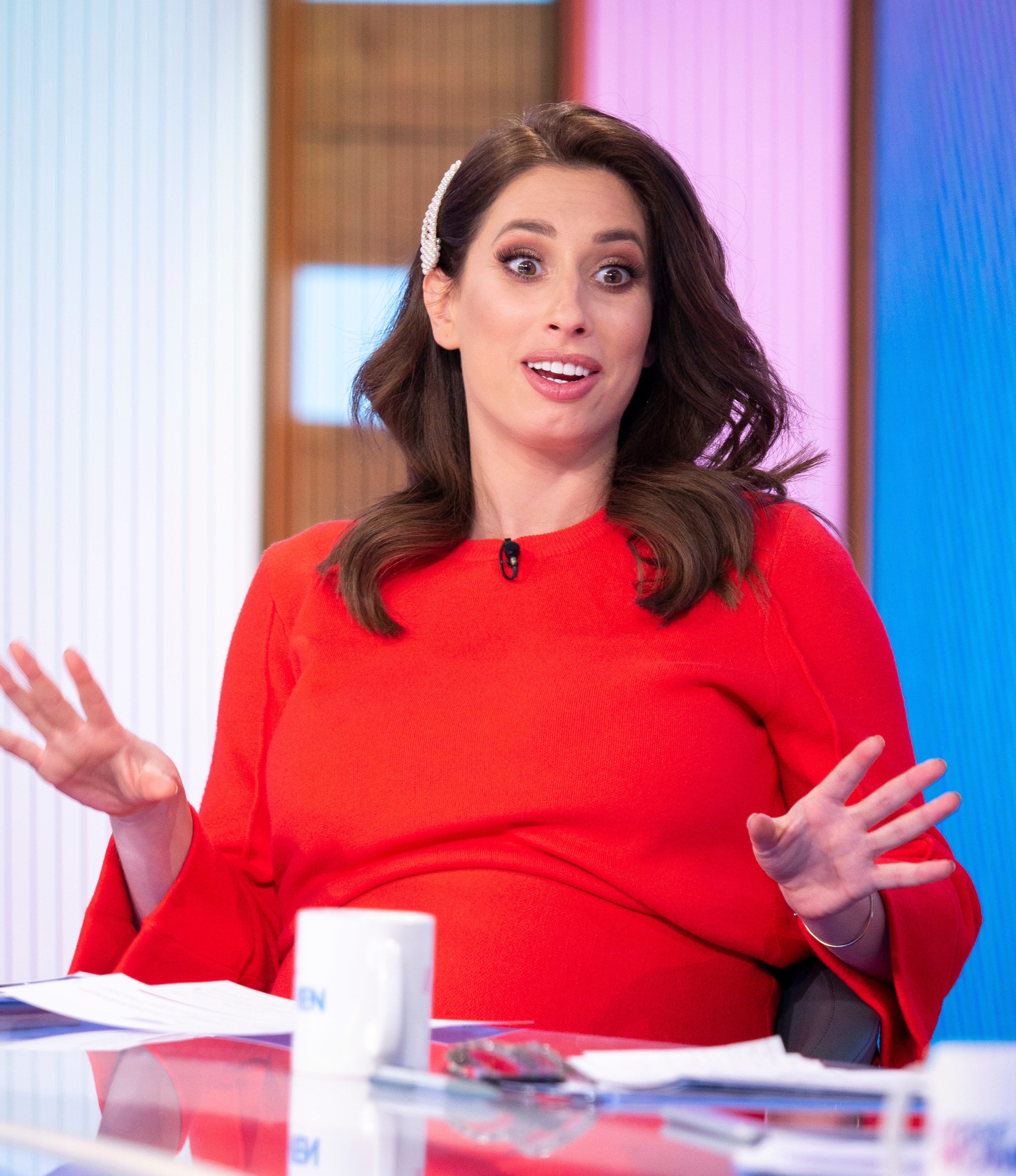 On the show Stacey explained: "I one-hundred-percent agree that there will be so many incredible things that will come out of getting a higher education and going to university. But for one it isn't accessible to everybody, so it's not always an option and for two I just don't think that it's imperative."

She added: "I don't feel any less of a person, or any less broad, or any less able to do a job because I haven't been to university."

However, the cruel troll took it upon themselves to take a swipe at the expectant mum as they doubted she would have gotten to where she is without a 'lucky break' on X Factor.

They said: "Not being funny here!, but I really doubt Stacey could have gotten into a university. And truth be told if it wasn’t for a lucky Break on X factor, then she’d probably still be working in a cafe (nothing wrong with cafe work), but she certainly wouldn’t have the same money." 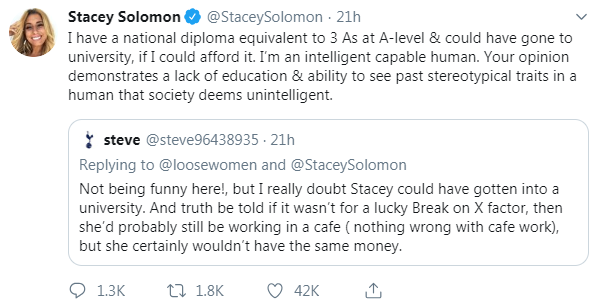 But, clearly angered by the comment Stacey hit back by revealing that she could have gone if she wanted to.

"I have a national diploma equivalent to 3 As at A-level & could have gone to university, if I could afford it," she confessed.

"Your opinion demonstrates a lack of education & ability to see past stereotypical traits in a human that society deems unintelligent." 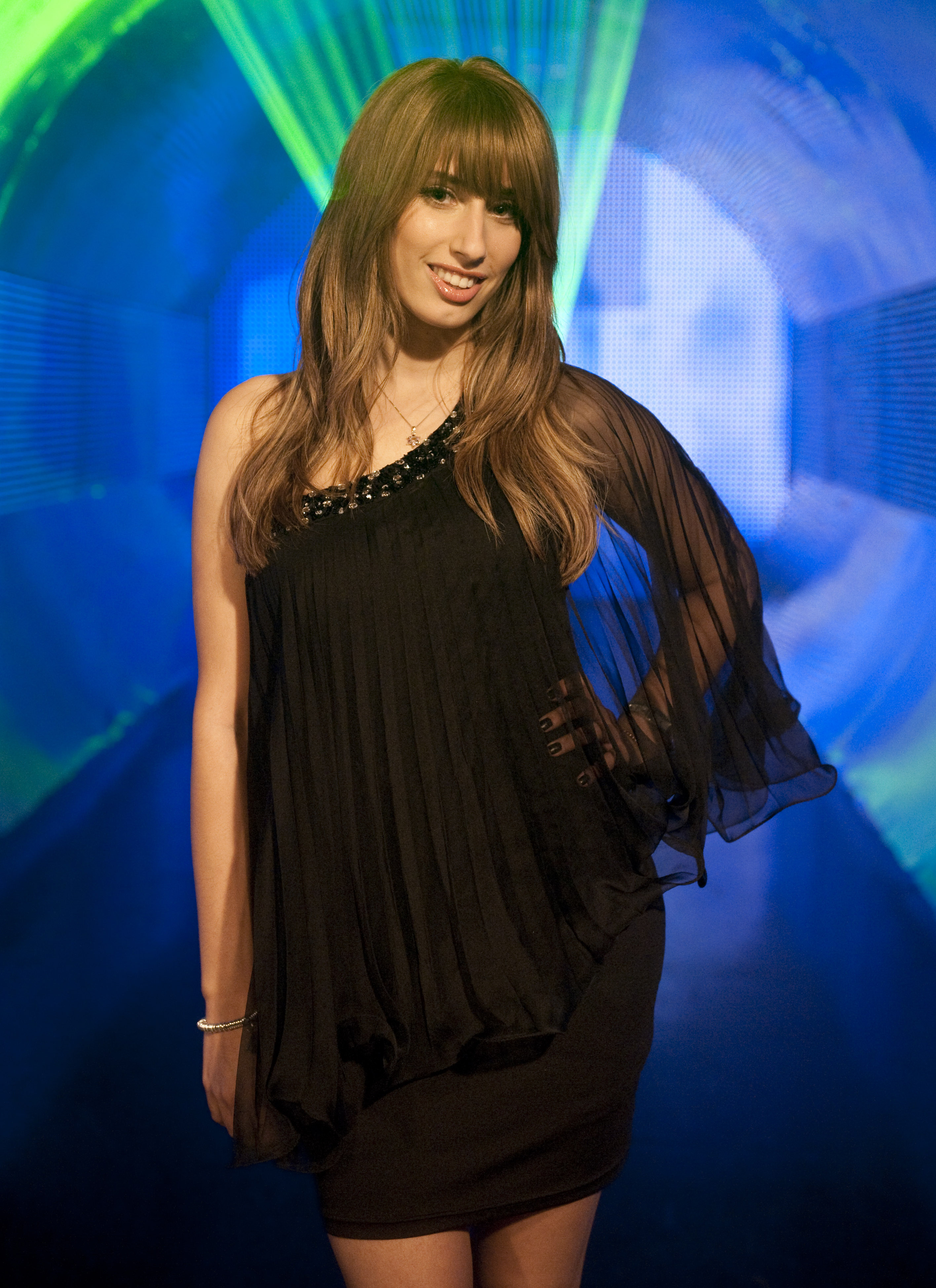 Stacey shot to fame as a contestant on the X Factor who captioned the nation's attention by impressing in the 2009 series.

She later appeared on I'm A Celebrity Get Me Out of Here the following year, before returning as a presenter on the show's spinoff series in 2016.

The lovable star is currently a pannellist on Loose Women and is a series regular on Celebrity Juice.