Stacey, 30, was so excited about visiting the cheap and cheerful restaurant chain with her boyfriend Joe Swash, 38, that she got into a muddle. 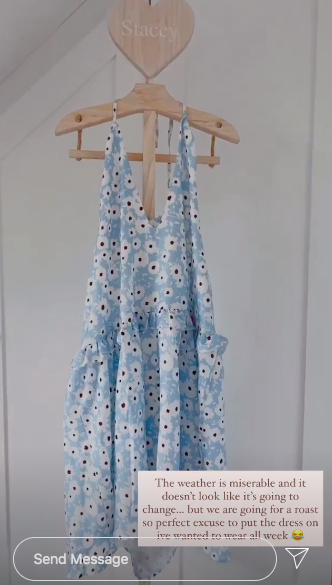 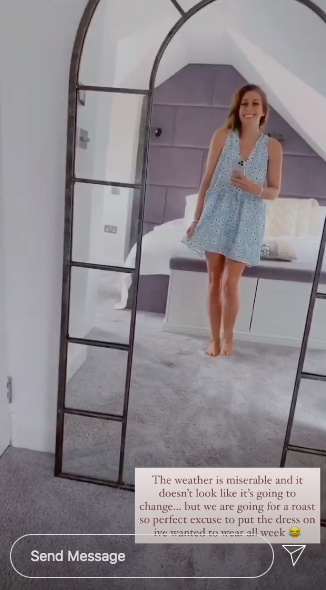 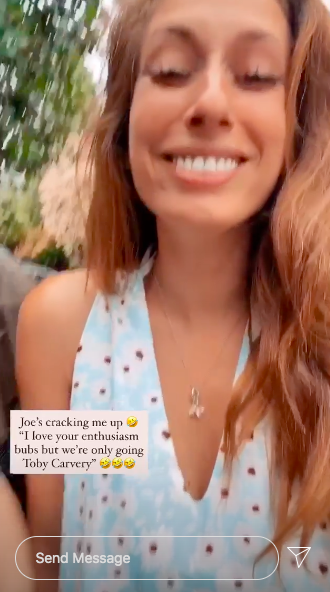 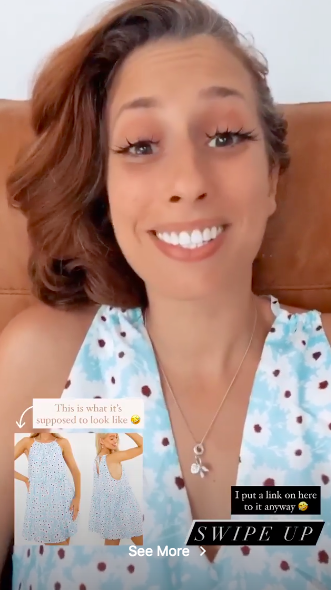 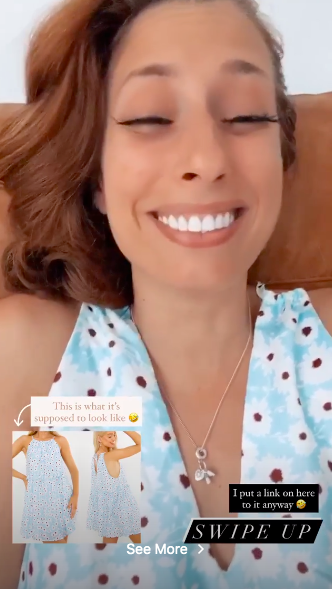 In hysterics, Stacey later admitted to fans: "We are home sweet home and, I was reading through your messages, and so many of you were asking where my dress is from.

"So I thought I'd just get a link to it and put it on here, only to realise, I've got it on backwards. It doesn't even look the same!"

Stacey had shown fans the pretty pale blue, floral frock hanging backwards on a hanger before heading out.

The mum-of-three had said: "The weather is miserable and it doesn't look like it's going to change…but we are going for a roast so the perfect excuse to put the dress on I've wanted to wear all week." 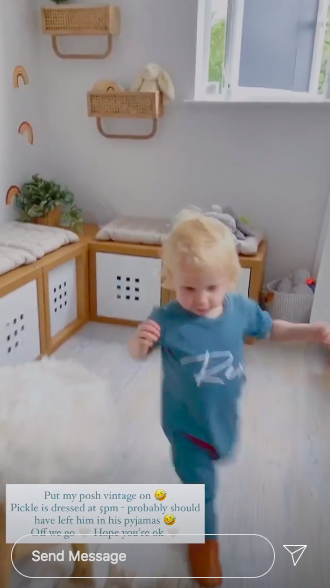 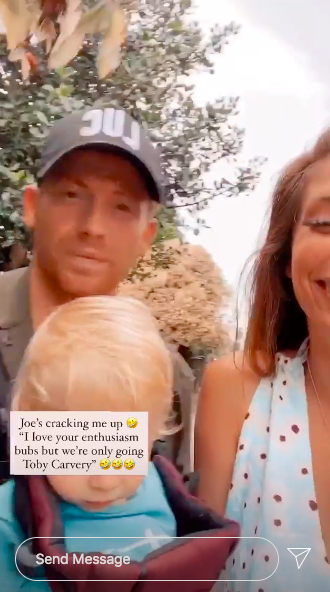 She then shared a sweet clip of one-year-old son Rex, joking: "Put my posh vintage on.

"Pickle is dressed at 5pm – probably should have left him in his pyjamas. Off we go. Hope you're okay!"

Stacey then recorded another snippet as she walked along the street in her back-to-front dress with Joe – who was wearing Rex in a harness.

She said: "Joe's like, 'I love you enthusiasm, bubs, but we're only going to a Toby Carvery!" 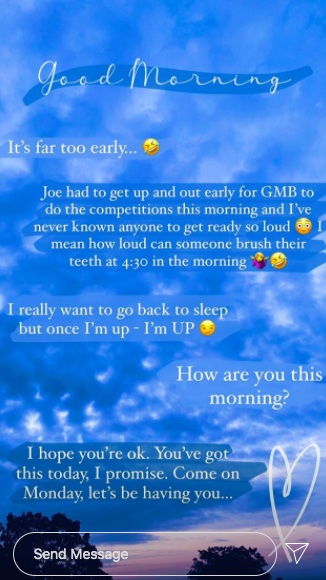 Joe then chipped in: "Anyone would think she's meeting the Queen…"

"Where what makes you happy!" Stacey laughed back.

Meanwhile, it was an early start for Stacey and Joe following their evening at the Toby with baby Rex.

Posting on Instagram on Monday morning, Stacey revealed she had been woken by Joe's alarm at 4.30am.

The star revealed: "Joe had to get up and out early for [Good Morning Britain] to do the competitions this morning and I've never heard anyone get ready so loud [sic]."

She added: "I mean, how loud can someone brush their teeth at 4.30 in the morning?!"