Steve Martin has made his mark in cinema by being the go-to comedic actor with a heart of gold. 1987 saw him create a triumph alongside an up-and-coming Canadian actor by the name of John Candy. The pair starred in the incredible Planes, Trains & Automobiles, a touching comedy written and directed by John Hughes.

The final scenes of the film see Martin’s character Neal realising Del’s (John Candy) wife has been dead for years, and he was simply trying to occupy himself by helping with Neal’s plight.

Martin and Candy famously got on extremely well during the filming of the movie, and began a strong friendship afterwards.

Just seven years later, however, Candy died of a heart attack on March 4, 1994.

In an excerpt from the book Wild and Crazy Guys: How the Comedy Mavericks of the ’80s Changed Hollywood Forever, author Nick de Semlyen looked into the backstory of Planes, Trains & Automobiles, and how it affected the actors’ lives. 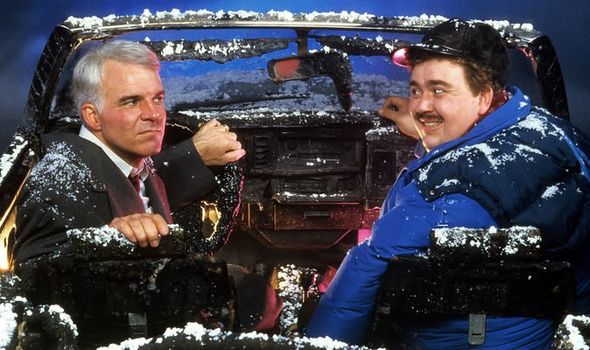 In the book Semlyen explained how Martin was constantly impressed by Candy’s takes, as well as his improvisations in the script.

The excerpt read: “Martin and Candy, clad in a topcoat and parka, respectively, were freezing their butts off. But they knew they were making gold.

“Between takes, Candy would crack up Martin by pretending to act out a cheesy gladiator movie, moving his lips in a way that made it sound like he was dubbed.”

Years after Candy’s death, however, his improvisations were still affecting Martin. 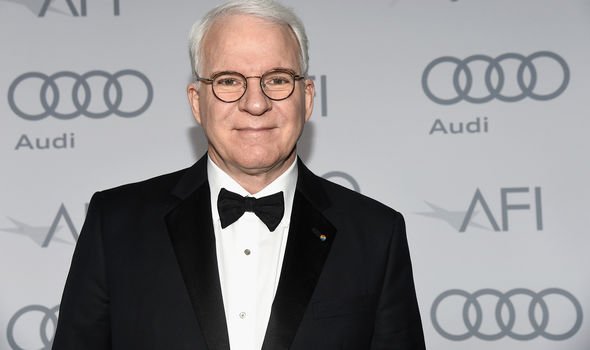 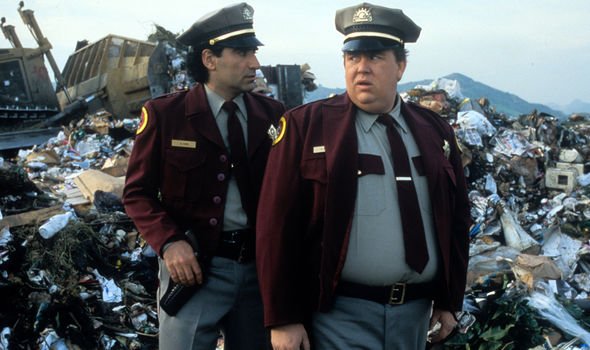 One of Candy’s ad-libs in the final scenes saw him explaining that his wife died, and that’s why he attaches himself to passers-by. Candy apparently added the line: “But this time I couldn’t let go.”

The book explained that, long after Candy’s death, “Martin would still shed a tear remembering the heartfelt confession.”

Martin has commented over the years how he enjoyed working on the film greatly.

He even called working on the film – and with Hughes – a “breakthrough”.

DON’T MISS…
Lennon-McCartney: How many songs did Beatles songwriters compose? [INFO]
Avengers: Daredevil fans call on Marvel to save character [PETITION]
Avengers: Tony Stark will NOT be brought back because of Spider-Man [RUMOURS]

Years later Martin fondly remembered Candy, and described him as having a “broken heart”.

Speaking in an interview, Martin said of Candy: “He was a brilliant actor.

“So he was always friendly, always outgoing, and funny, and nice, and polite – but I could tell he had a little broken heart inside him.”

Plane, Trains & Automobiles was a great success for John Hughes and co.

Filmed on a relatively small budget of $30 million, it grossed an incredible $50 million at the box office.

It also topped the UK Box Office when it was released there a year later.