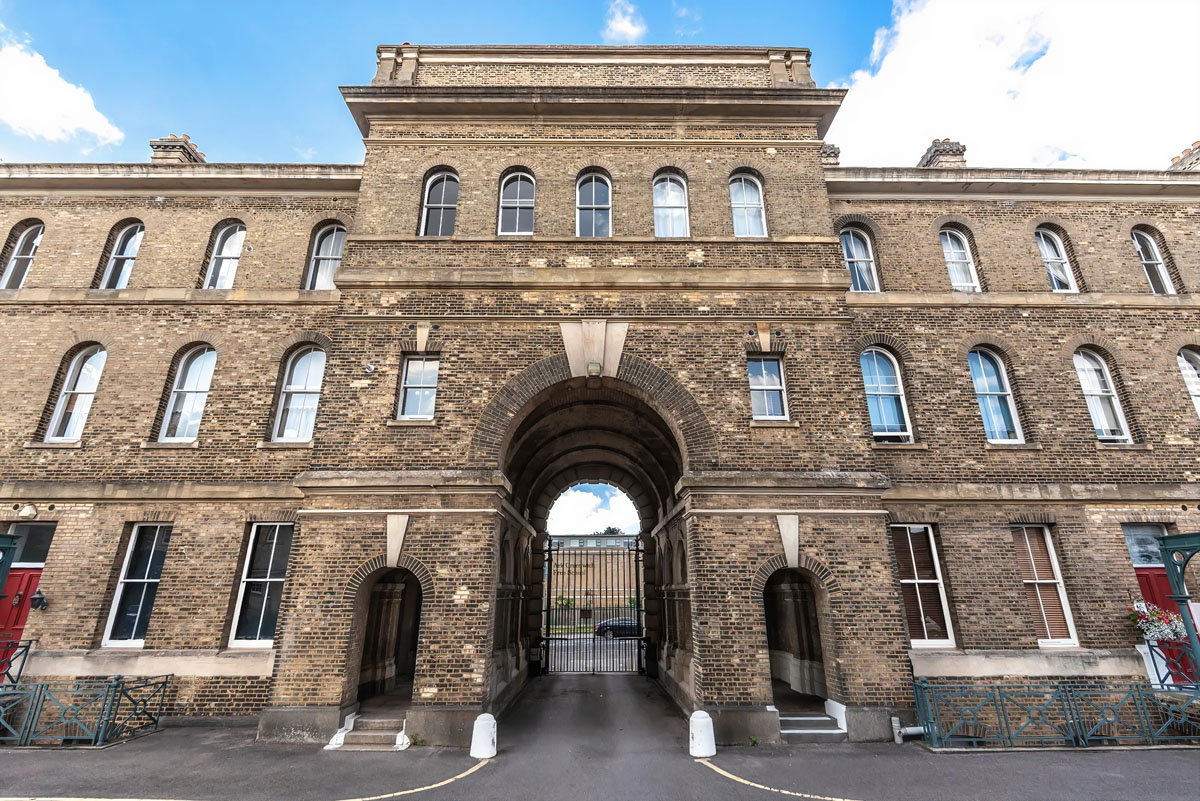 Case in point: this two-bedroom flat in Greenwich, London, which happens to be inside a converted chapel.

With an asking price of £1.35million, it’s not exactly ‘affordable’.

But we can always enjoy the pictures… and perhaps recreate the interiors on Sims. Just an idea.

The home’s listing is a rare opportunity to be part of a real chunk of history.

The apartment was once the chapel for the officers and men who occupied the Royal Herbert Hospital, built in 1865 to accommodate British soldiers who fought in the Crimean War.

It was designed by Captain Douglas Galton – Florence Nightingale’s cousin – and named after Sir Sidney Herbert, minister for war during the conflict.

At the time, the ‘pavilion’ design, with each ward connected to a central corridor to maximise light and fresh air, was revolutionary, and became the template for a bunch of hospitals around the UK.

The hospital went on to treat soldiers injured in both world wars, then remained in military service until 1977.

Thankfully, it was saved from demolition and awarded a Grade II listing, and now serves as a residential space.

The flat on the market sits within that building, and has two double bedrooms (we’d recommend nabbing the one on the mezzanine level, which has an en-suite shower room), a large bathroom, and a pretty gorgeous kitchen and living area with arched ceilings and beams.

The interiors have been modernised, but with original features and character maintained.

Living in the building gives you access to an on-site gym, pool, sauna, and tennis court, and there’s a bar and communal gardens, too.

Location-wise, the flat’s within easy reach of Greenwich, Blackheath, and Bluewater shopping centre.

It’s a dreamy opportunity for anyone who fancies an apartment that’s more characterful than your standard new-build.

Daniel Copley, consumer spokesperson at Zoopla, said: ‘This spectacular property is the perfect pad for any buyer looking for a historical and one-of-a-kind space to call home.

‘Not only does this Grade II listed property have unique features such as stained glass windows and ornate wooden ceilings, but it also benefits from a shared sauna and swimming pool, as well as a convenient location that’s a stone’s throw from Blackheath and Greenwich.’

Sounds good to us. Anyone got a spare mill?