Succession has released a tiny sneak peek from season four – but eagle-eyed fans have already spotted plenty of information from the hint that HBO has given us – particularly one very interesting moment involving Shiv’s husband Tom.

MORE: Meet the real-life families of the cast of Succession

In the blink-and-you’ll-miss-it moment, Tom is stood by Logan’s side as he addresses his employees, and while Greg is laughing and clapping, Tom is looking very subdued by the situation at hand, with fans suggesting that he might be regretting his betrayal of Shiv in the season three finale.

Discussing the moment on Reddit, one person wrote: “If you aren’t Logan’s kid, disillusionment with him could happen quickly once you’ve gotten used to the wealth he hides behind. Tom has always benefited in a sense from seeing Logan through Shiv’s eyes, as a father figure.

“But now Shiv isn’t there, it’s just Logan and Tom. Maybe Tom is realizing what Cyd realized years ago – that Logan is just an insane old man.” 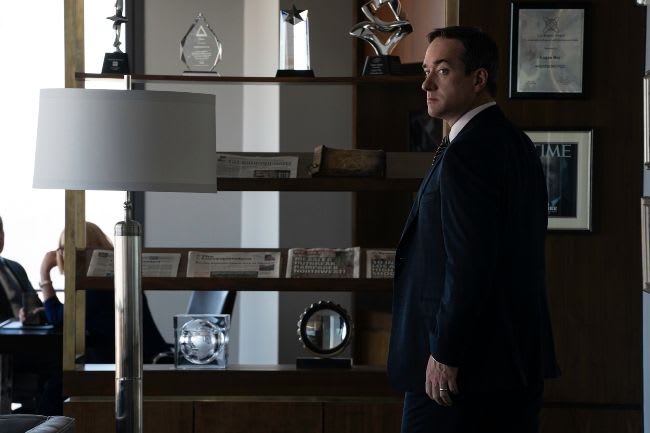 Did you spot the moment in the trailer?

Another person added: “I think it’s sort of not in Logan’s nature to have a sustained level of respect for anyone. He’s always moving the goal post, and making the people around him work to do something that’ll impress him again. I think what Tom did at the end of the season has earned him some respect, but ultimately that respect will probably fade with time if he doesn’t continue to impress Logan.”

The short clip also saw Shiv, Kendall, Roman and Connor looking very subdued while sat together, also suggesting that Connor had gone onto his siblings’ side following the explosive season finale in which the trio lost their rights to Waystar Royco, which was then sold to Lukas Matsson for the GoJo merger.