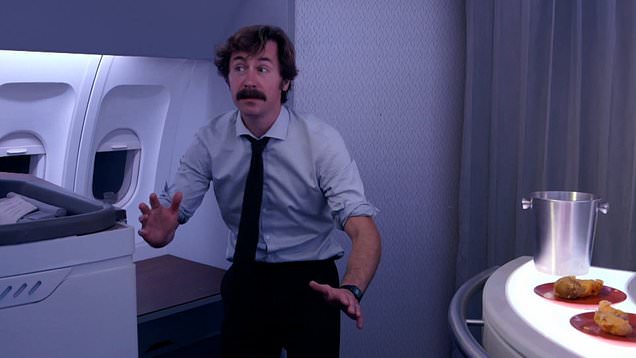 Taskmaster can get you doing very weird things, from using a row boat on the ground, to getting intimate with a pot of hummus (no Ed Gamble, we will never forget).

But dislodging a haemorrhoid for a bonus point? We didn’t see that coming.

Mike Wozniak had the Taskmaster studio in stitches after he revealed that he popped out a haemorrhoid while trying to fart – and that it looked like ‘an absolute casserole down there’.

While all five competitors – Mike, Charlotte Ritchie, Jamali Maddox, Lee Mack and Sarah Kendall – were tasked with guessing what items had been battered and fried, Mike was also given an extra task by Alex Horne and Taskmaster Greg Davies, simply to fart.

However, he was really struggling to pass wind, and continued to try throughout the task.

After guessing what was in the batter – including a deep-fried wallet – Mike gave his individual task one last crack, resulting in a rather unpleasant squishing sound. 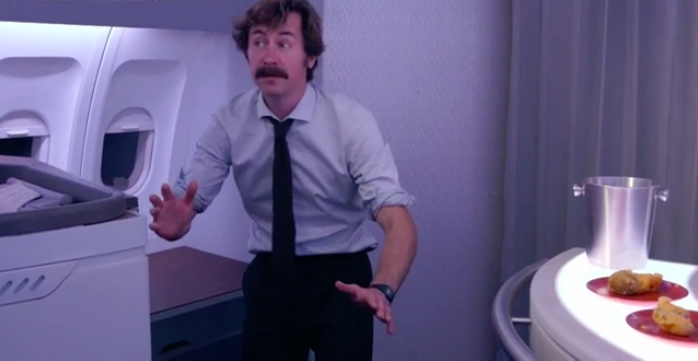 Greg said: ‘I don’t need you to, because you’ve clearly s*** yourself’ – but in reality, it was somehow even worse.

The 41-year-old explained: ‘There was the passage of air. The flatus had gone through, task tick.

The cast were horrified, as Greg, stunned, said: ‘That’s a haemorrhoid popping out? It’s still loose?’

Mike added: ‘It’s still flapping around to this day. It’s an absolute casserole down there.

‘But you get a task, you do the task, no matter the price.’

Greg decided to give Mike a bonus point because his ‘family wasn’t coming back after this’, but even that wasn’t enough to win him the episode, as he was beaten by Jamali on a tie-breaker of flinging rubber bands into Alex’s bum bag.

Following the show, Mike addressed his casserole situation, saying: ‘My arse wishes to say thank you for the messages of support at this difficult time. It will not be receiving visitors while it adjusts to recent developments although it will accept ointments.’

While Mike lost the episode – and some dignity – he is second on the leaderboard for series 11, currently one point ahead of Lee Mack, but 19 points behind series leader Sarah Kendall, who is way ahead on 90 points.

Jamali is fourth, while Charlotte is trailing with 58 points, with four episodes in the series remaining.

Taskmaster continues at 9pm on Thursday on Channel 4.