Cressida Dick defended by Malthouse after police clash at vigil

On BBC Breakfast today Dan Walker and Louise Minchin discussed the criticism the Met police have received for their handling of the Sarah Everard vigil. The BBC presenters interviewed Liberal Democrat leader Sir Ed Davey, Labour’s Shadow Minister for police, Sarah Jones and Policing Minister Kit Malthouse to get their views on the matter but viewers weren’t pleased with what they perceived to be a negative tone to the coverage and shared their support for the police online.

Correspondent Simon Jones speaking from Clapham Common said: “One senior officer has said the Met need to rebuild trust with the public and you get a sense here of just how much the public has been affected by the death of Sarah Everard.

“Look at all these flowers here yesterday there was a steady stream of people arriving with bouquets.

“Some of them were in tears, they stopped for a quiet moment of contemplation.

“They didn’t know Sarah Everard but they’ve been so touched by what happened to her.” 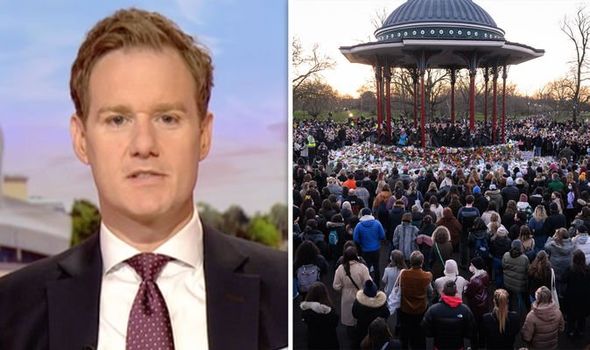 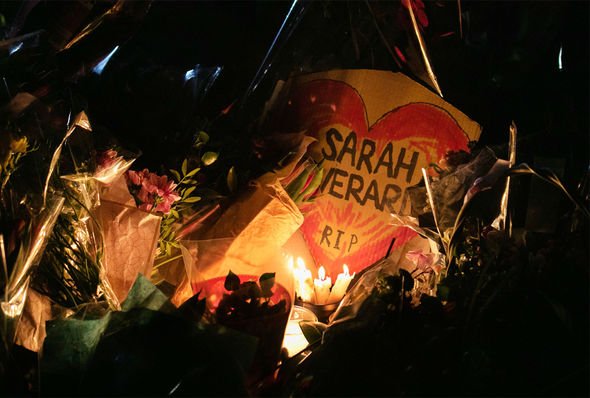 “As well as the bouquets dotted around here are a number of placards criticising the police and particularly the response to that unofficial vigil here on Saturday evening,” he continued.

“But to try and diffuse some of that the Commissioner faced the cameras yesterday and she said, ‘At times policing during the coronavirus pandemic is fiendishly difficult meaning difficult decisions have to be made.

“‘It was when the crowd got large on Saturday and the police felt it was getting too dangerous, lack of social distancing that officers asked people to go.’” 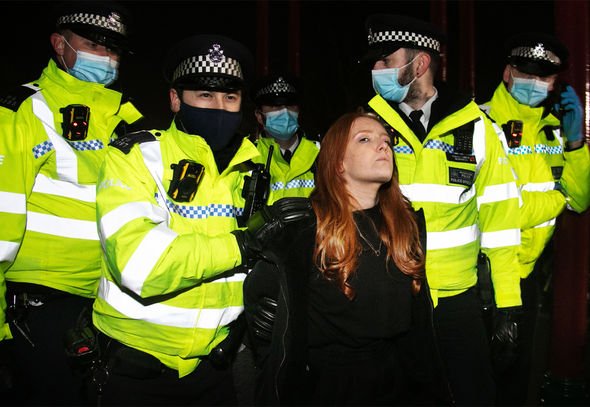 “And they said, ‘When some refused that’s when they started to make arrests.’”

“Now the government too recognised the scale of this, they have ordered an independent inquiry into the policing,“ Simon said.

“And also that meeting today of the Crime and Justice task force and that will look at what can be done to make people feel safer and the recent survey opened by the Home Office on Friday has already received 50,000 responses.”

However, BBC Breakfast viewers weren’t impressed with the coverage the vigil received and took to Twitter to defend the police.

One tweeted: “Rubbish reporting why are these reporters ignoring the truth? Why are they so obviously biased against the police?”

“Looks like old ED backing wrong hours again other that the woke left and Londoners majority of the country disagree with the protesters. This even includes Sarah’s friends and family. BBC and some politicians are a disgrace for running with this story,” another critiqued.

While a third wrote: “Sarah Everard’s own friends refused to go because of what it’s become. Peaceful people don’t go to pay respect with banners and to shout expletives to police officers etc. Yet again a news channel with no backbone to call out left wing activists that abused a tragic event.”

“@BBCBreakfast really should tell the truth about the left wing activists who caused the trouble on #ClaphamCommon The majority of us outside of London support the police on this,” another said.

Someone else shared: “The restrictions put on our freedom are the most severe in living memory. They have been in place for coming up to a year. The police need to work with the public, and not abuse the unique power that has been given to them. There was no excuse for the way they handled the vigil.”

A sixth said: “The police were far far too aggressive as can clearly be seen by the footage shown! Other vigils successfully took place in other parts of the country without any such over-policing taking place!!”

Organisers of the vigil, Reclaim These Streets, were disappointed when on Saturday a High Court judge refused to say the event would be permitted under coronavirus regulations.

On Friday, serving Met Police officer Wayne Couzens was charged with the kidnap and murder of Sarah Everard.

BBC Breakfast airs on BBC One on weekdays at 6am.