ARIANA Grande's brand new album dropped TODAY (February 8, 2019) and we wanted it so we got it.

Of course, as the land of creativity, the internet was fast to come up with hilarious memes and tweets. Here are eight of the best ones. 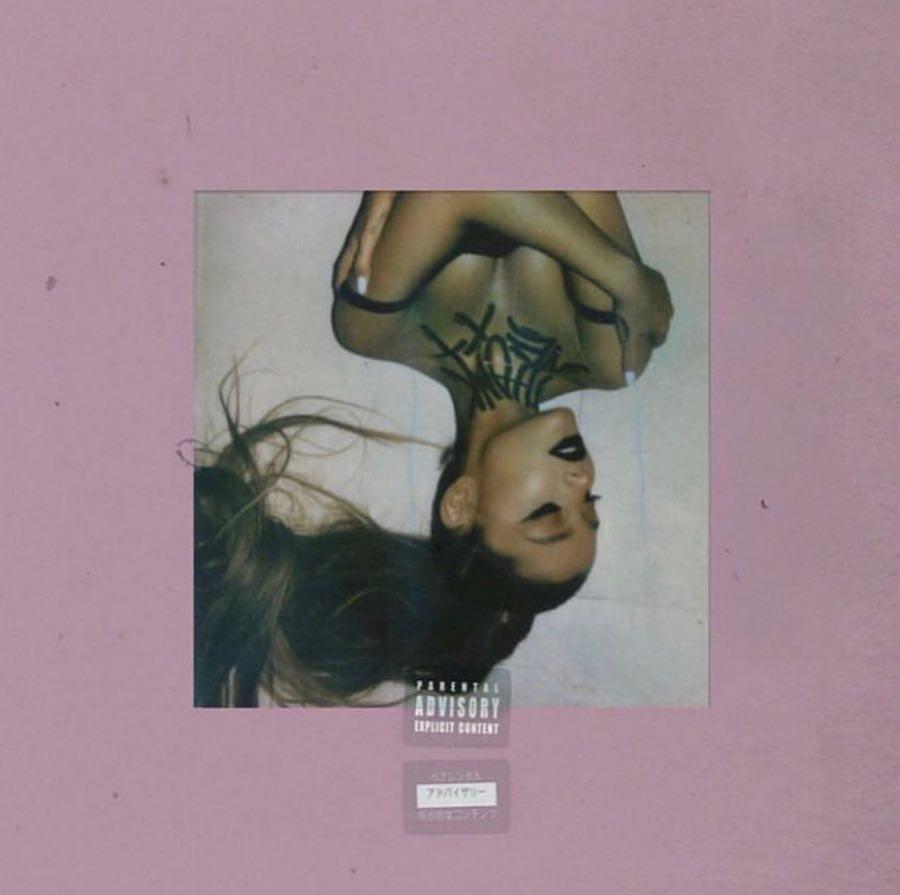 What are the best Ariana Grande Thank U Next memes and tweets?

Ariana's latest album Thank U Next has proved to be a real hit, making it to number one on iTunes' album charts on the day of its release.

She makes a lot of references to the turbulent few months she has been through with getting engaged to Pete Davidson then calling it off, her ex-boyfriend Mac Miller passing away, and her now-ex Pete publicly confessing to considering suicide.

Unsurprisingly, the talented artist's honesty, talent, and emotional confessions have left the listeners in awe.

Her fans were impressed with how much growth she has shown when they compared her last album Sweetener, which was released around six months ago, to Thank U Next.

The fifth studio album of the iconic star, often referred to as the Princess of Pop, has inspired countless funny memes and tweets.

Most memes referred to how while Sweetener had more of a good girl vibe, Thank U Next was a truly revolutionised and empowered Ariana. 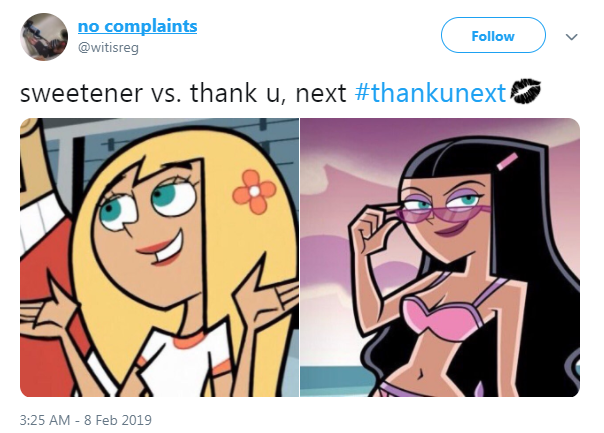 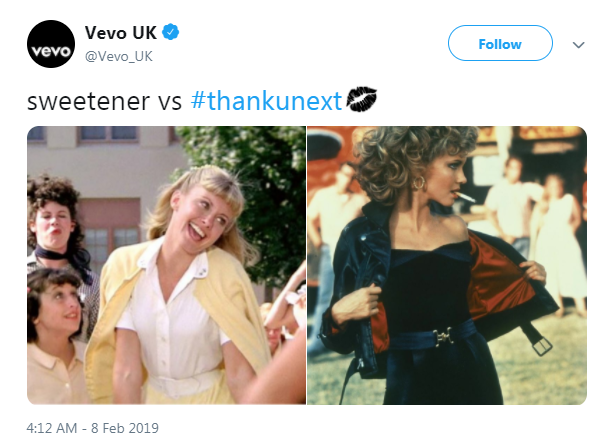 Some social media users also joked that Sweetener was the less attractive version of Thank U Next.

While another edited multiple Thank U Next albums to be carrying the coffin of the Sweetener album.

It seems like fans who had adored Sweetener, are ready to put it aside for a while during their obsession with Thank U Next. 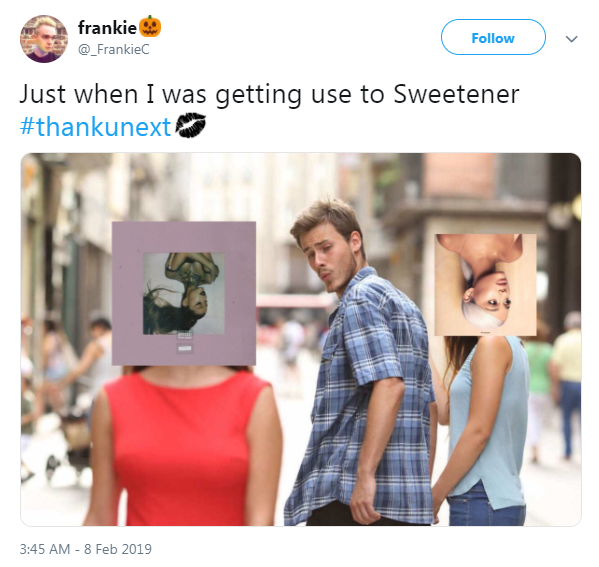 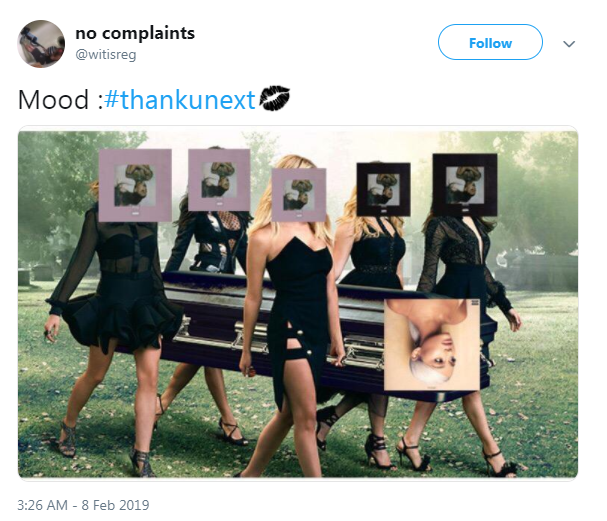 All music fans know that usually there are a few songs that just don't sound right.

There are bound to be some good and some not-so-good songs in every album.

But, fans have confessed that they are shocked with how good Thank U Next is throughout.

So good that they didn't even have to skip a single song. Of course, Ariana's followers were quick to make a meme about it to make their feelings official. 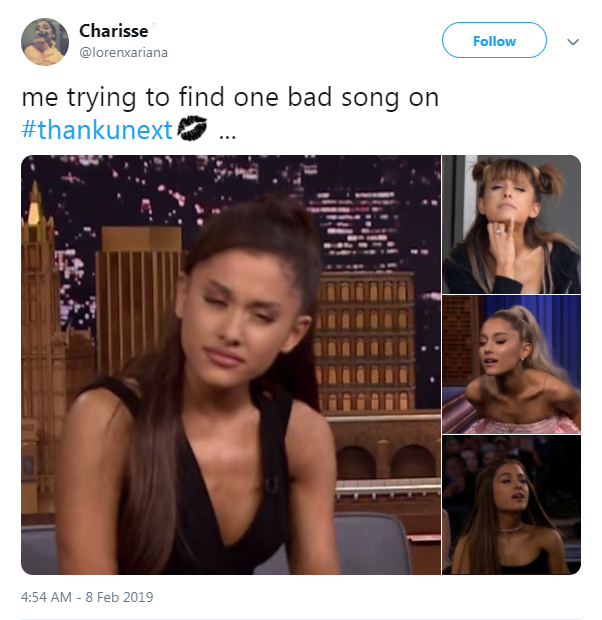 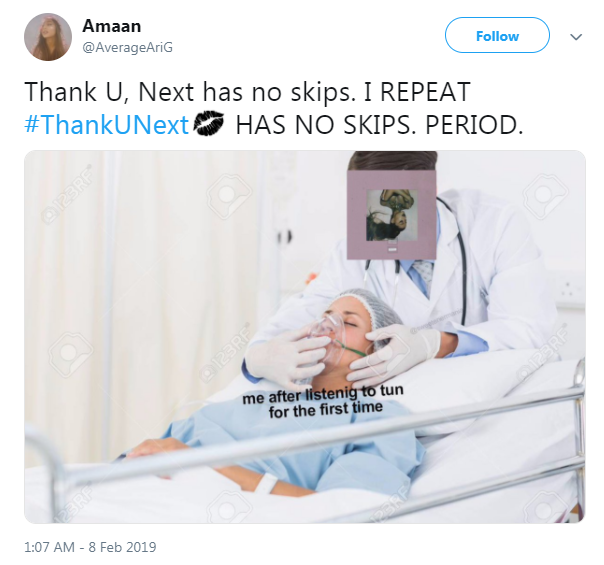 According to one social media user, it's the solution to all of life's problems.

You'll have to have a listen of the album to find out if that's true! 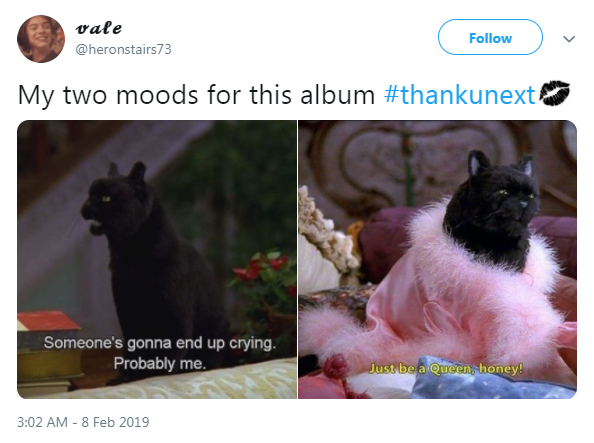 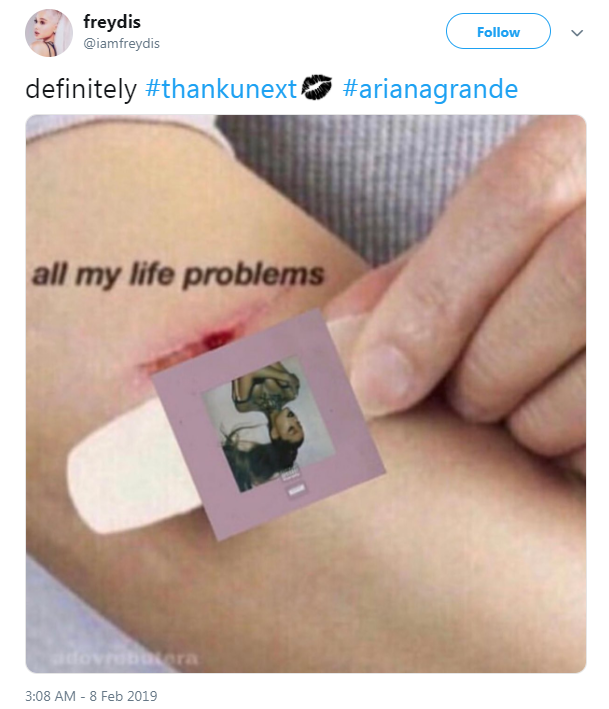 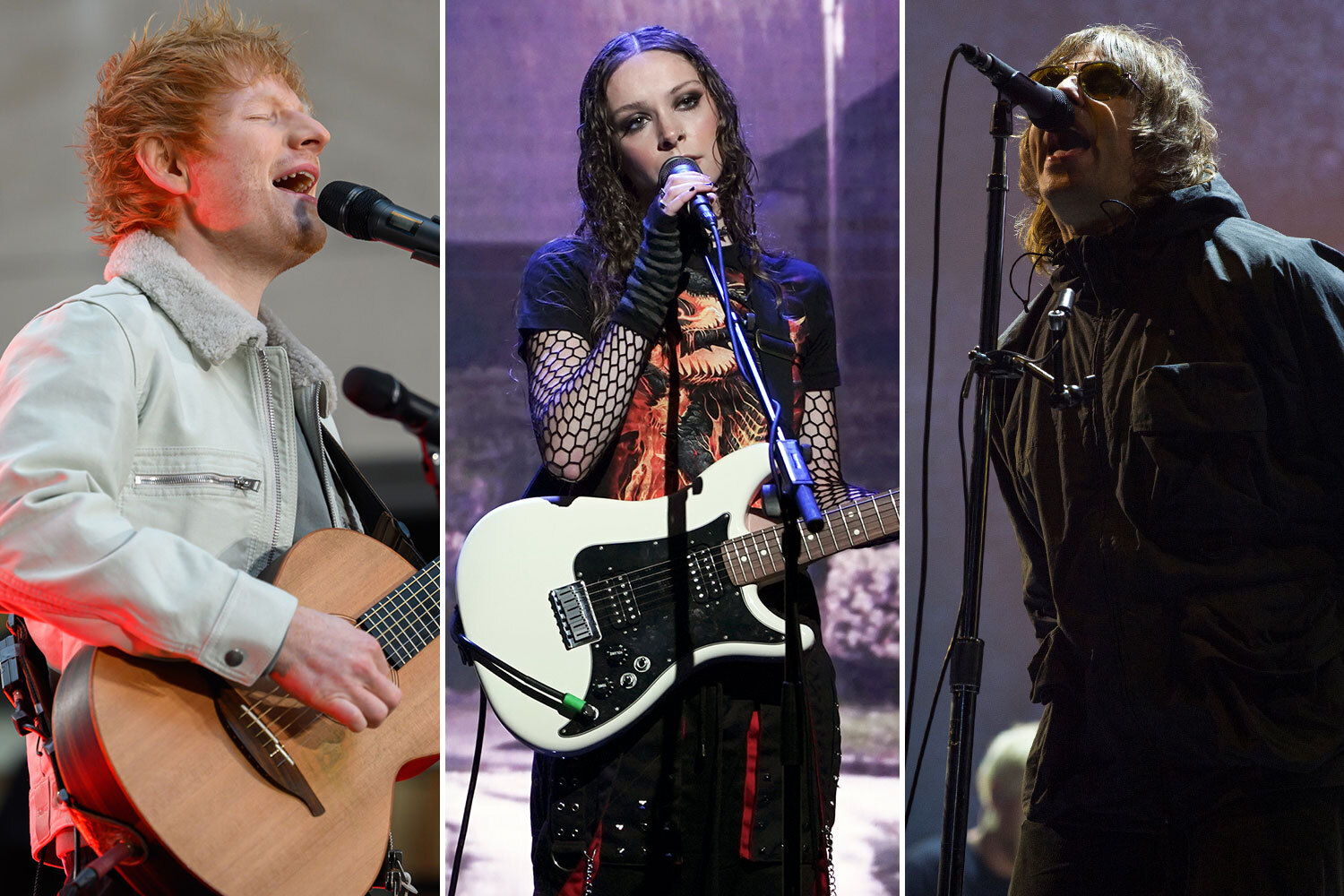 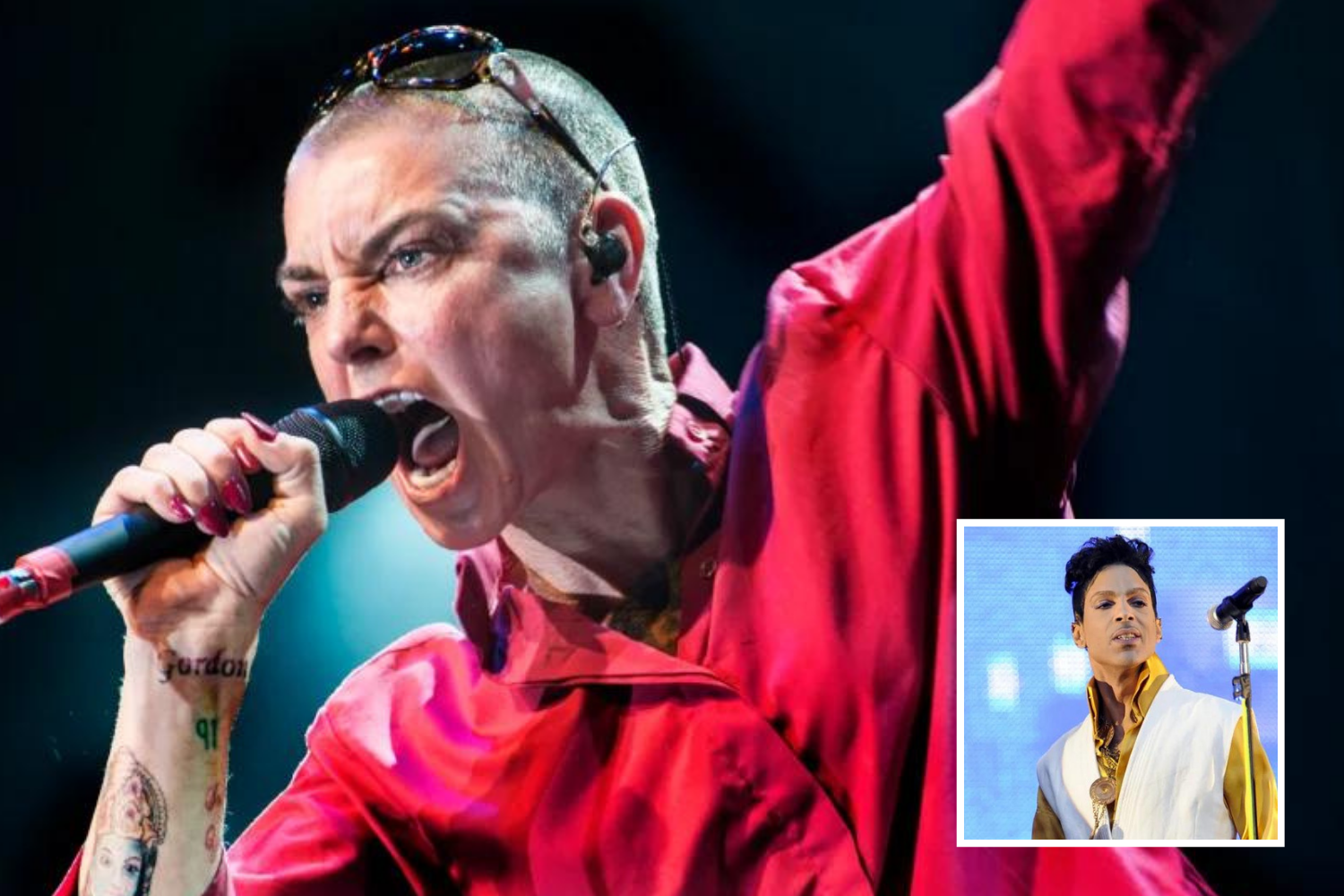 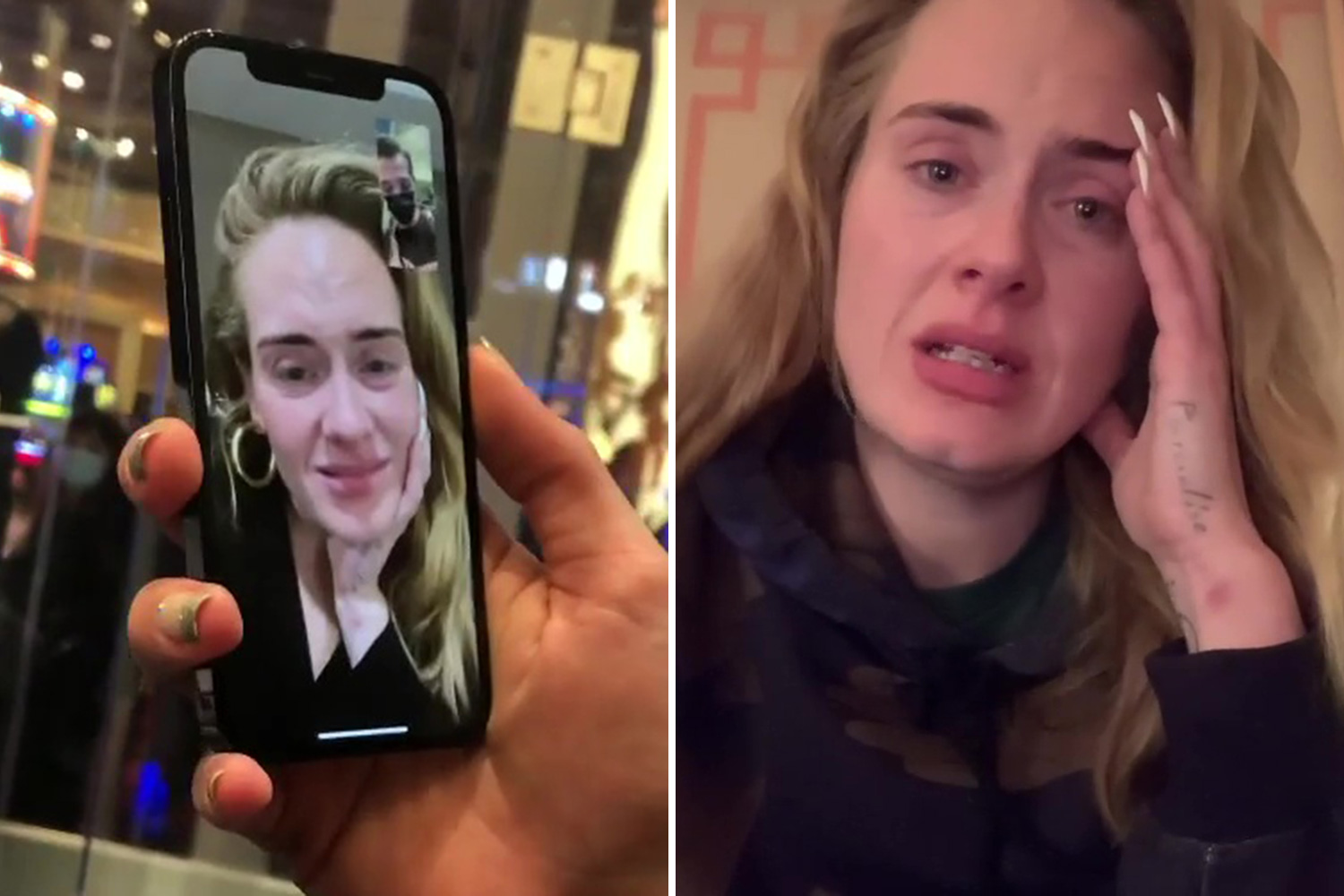 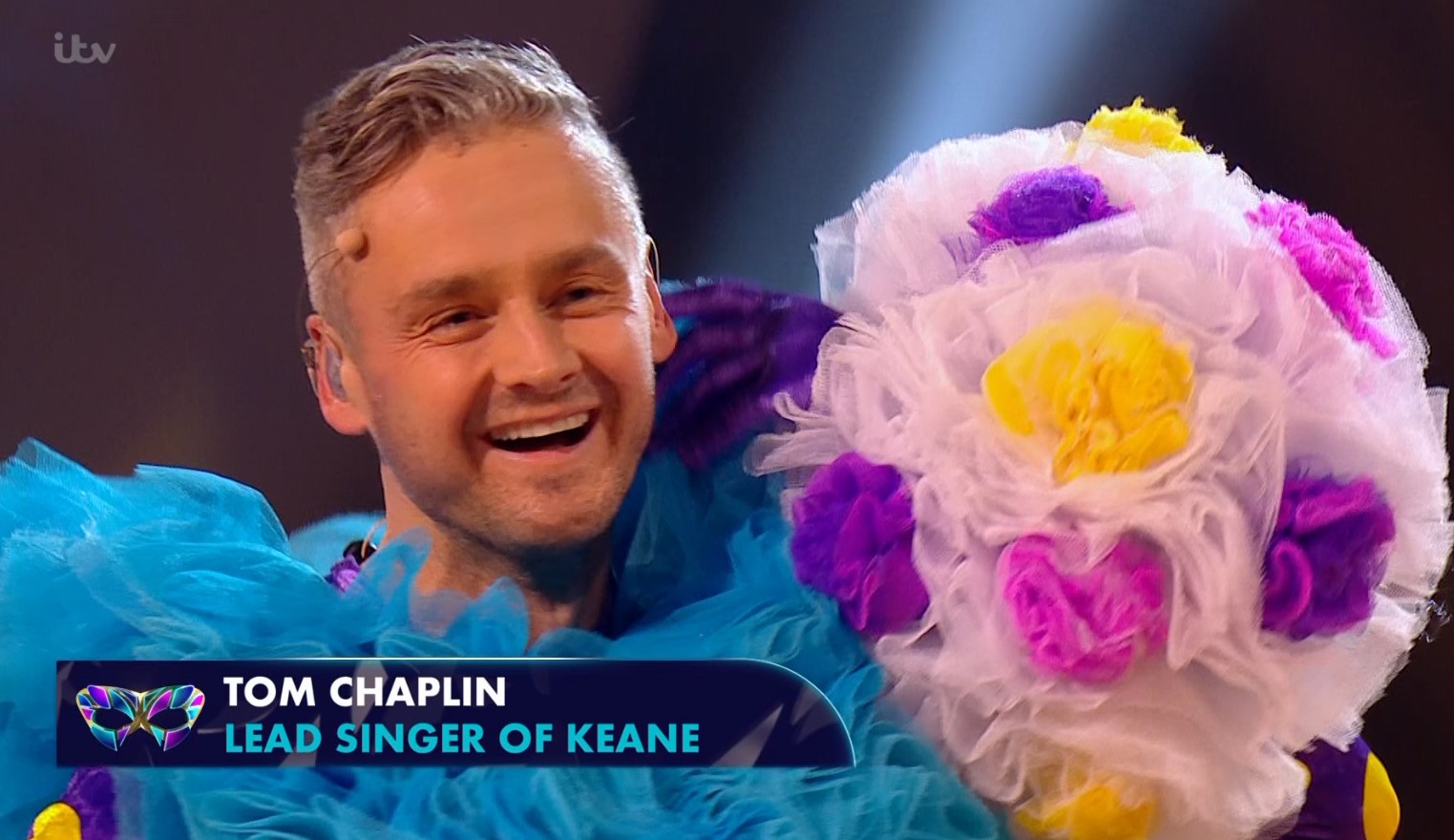