Bradley Walsh welcomed the Archers family on to the show this evening who all hoped to take home the jackpot prize after beating the Chaser.

The ITV quiz show got off to an awkward start when presenter Bradley light-heartedly teased partners Tom and Adam.

Welcoming Tom on to the show, Bradley asked: “How did you and Adam meet?” to which Tom replied: “At a local bus stop.”

“I plucked up the courage and went up and asked for his phone number,” he continued before Bradley asked: “Are you married, yet, you and Adam?”

Tom replied, “Not yet,” but undeterred the presenter cheekily put the 23-year-old on the spot and asked: “Are you going to get married?”

“Maybe, soon,” he confessed before the camera panned to Adam, who looked stunned by his partner’s response.

Stirring the pot even further, Bradley then asked Adam if the pair were going to get married soon leading him to question: “Yeah, how soon?”

In response, Bradley joked: “Started a domestic already,” and then asked Tom what he would like to spend his potential winnings on before interrupting him and suggesting he spends it on a wedding.

The couple laughed off Bradley’s interrogation and the presenter carried on with the show by beginning Tom’s cash builder round. 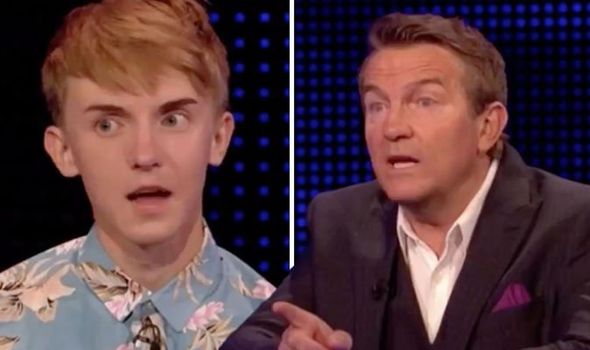 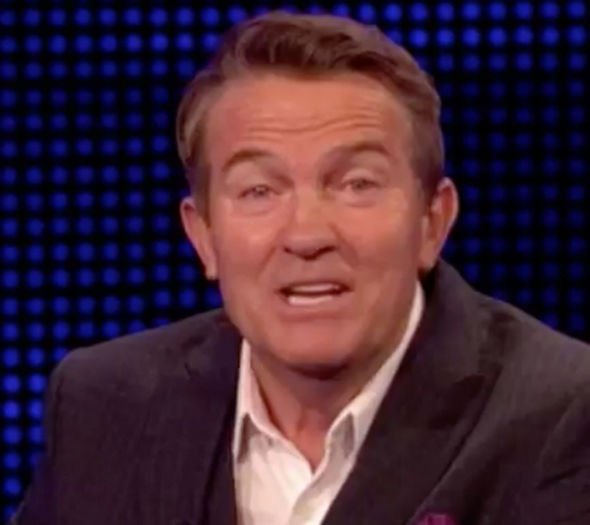 Earlier in the week, Shaun Wallace delivered a stern warning to a contestant during their head-to-head round.

Matt earned a respectable £3,000 in the cash build round but when he was introduced to The Dark Destroyer he greeted him in an unusual way.

As Shaun took his seat at the top of the table, Matthew joked: “Hello gorgeous,” leaving the Chaser lost for words.

However Matthew wasn’t finished there and asked: “You look different in person, have you done something different to your hair?”

Joining in, Bradley remarked: “He’s left it at home,” causing the Chaser to dish out a fierce warning to the contestant. 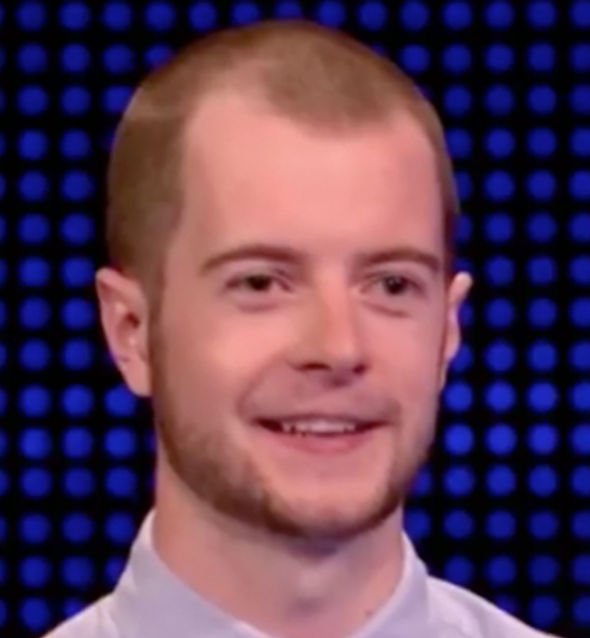 Less than impressed, Shaun warned: “You’re going to pay for this,” before Bradley continued on with the show.

Perhaps Shaun’s words had an effect on Matthew as he decided to take the lower offer of minus £1,000 before making it back to the table for the final.

Unfortunately, the team failed to beat the Chaser in the final after achieving 16 correct answers and failing to execute any push backs.

Despite winning, Shaun congratulated Matthew’s performance and said: “Tremendous effort in the final,” to which Matthew hit back: “Cheers, gorgeous.”