Bradley Walsh, 58, welcomed four new contestants to The Chase today, all hoping to get their hands on cash prize at the end of the show.

First they would face to take on chaser Shaun Wallace, 58, and some found the feat easier than others with one contestant in particular breaking a sweat.

As the last one to face Shaun on this afternoon’s edition of the ITV quiz show, sales executive managed to accumulate a total of £5,000 in his cash builder round.

Declining the chaser’s higher and lower offers, David stuck with his initial sum of cash but it was touch and go whether he would make it to the final chase.

After gaining an upper hand with the first few questions, David became more nervous as Shaun caught up with him.

With only one question left to make it back for the final chase, the contestant struggled to make it past the final hurdle.

Having answered what would be his final question, David waited tentatively as Bradley believed the contestant had selected the wrong answer.

Bradley fell onto the table in front of him, not hiding his apprehension of the contestant’s fate as David jokingly snapped at the host, telling him: “Don’t do that.”

Trying to reassure David, Bradley said: “Don’t worry about it,’ before remarking about Shaun: “I don’t think he knows it,” to which the contestant added: “Let’s hope not.”

The nerves were quashed however as David was in luck as he had guessed the correct answer, although Shaun was close on his tail. 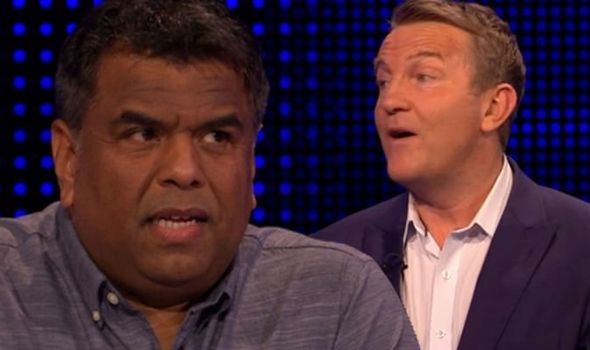 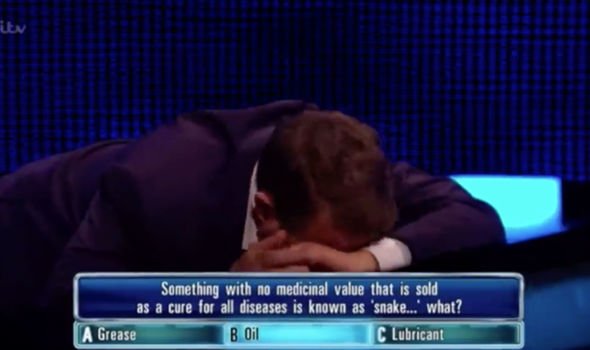 Making it back for the final chase, David and 69-year-old Jan desperately tried to hold on to the £9,000 they had accumulated.

However, Shaun just seemed too good for them and defeated the pair in the final chase but commended David and Jan on their efforts.

Over on the Family edition of The Chase this weekend, one player was praised by viewers for taking on the chaser alone after the rest of her family were knocked out.

20-year-old Carrie was the only member of her family to defeat The Vixen star Jenny Ryan, 37, during her cash builder rounds and made it back to for final chase on her own.

Unfortunately, Carrie’s efforts proved fruitless as Jenny easily caught her out having only scored 12, but viewers rallied behind the youngster. 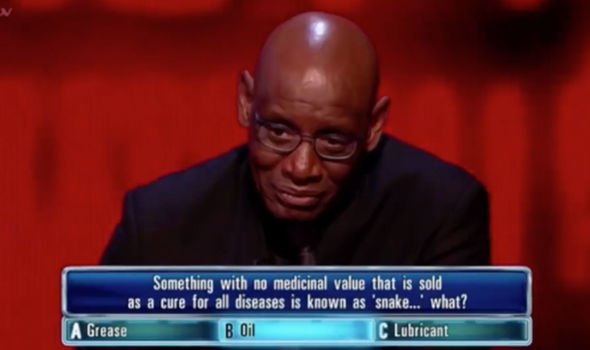 Taking to Twitter, one viewer posted: ““Well done Carrie. #TheChase Sometimes 2 or 3 people only get 12-15. Sometimes a team of 4 only get that.”

Another added: “12 is actually not bad when you’re by yourself #TheChase,” whilst a third remarked: “She did well #TheChase.”

Recently, The Governess star Anne Hegerty, 60, spoke out about The Chase’s rival show, Pointless, which airs on the BBC at the same time the ITV quiz show is being broadcast.

Anne told a fan on Twitter who asked her about watching both shows: “You can like both! Honestly you can! Xander Armstrong once told me he likes The Chase!”

Anne got into a bit of a situation with Bradley last week with the host left horrified when the chaser launched into a rant in the midst of a set of questions.