An extremely strong team took on The Chase on Friday night; Arthur, Bernadette, Paul and Stacey faced Jenny “The Vixen” Ryan and managed to go home with a collective £23,000 after answering 19 questions right in the final round and executing four successful push backs. But while the talent of the players on the team was on par with that of the quizmaster, Bradley Walsh’s attention was somewhere else.

During Bernadette’s turn, the ITV presenter started laughing uncontrollably one he read out the answers to one particular question.

“Which suitably-named actress plays Pip Archer in the countryside radio drama The Archers?” read the question

While Bradley managed to get through the first two with no problem, he started giggling reading out the third. 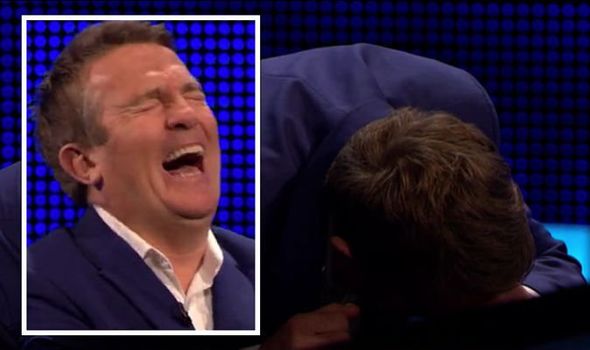 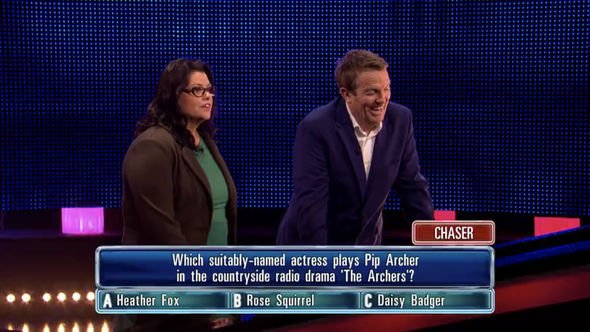 After the contestant and the Chaser both put in their guesses, it was Bradley’s turn to review the result.

“Daisy Badger,” he repeated laughing again. “I don’t know why that makes me laugh.”

“You have put,” he started again, but couldn’t continue when he saw that was the answer the player gave.

While she had no idea if her answer was correct, Bradley believed such a silly name had to be made up. 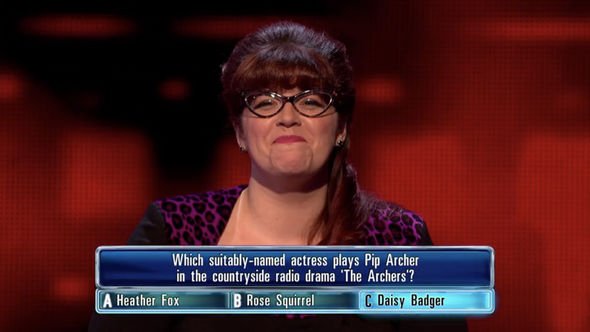 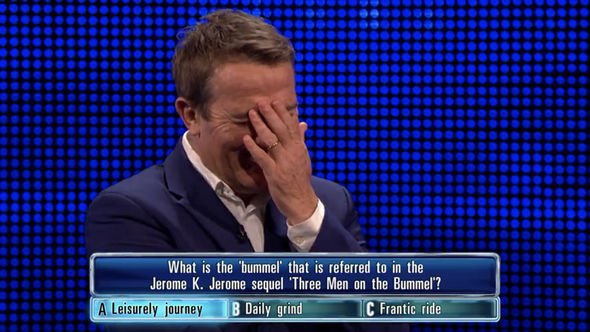 “It had to be,” she tried justifying herself. “I didn’t know what it was, I had to go for Daisy Badger.”

By then though, Bradley was full-on lying on the table in hysterics.

“Why did you have to put Daisy Badger?” asked the presenter, his head still buried.

“I had to. If I was going to guess, it had to be Daisy,” Bernadette replied.

When the answer lit up green though, Bradley couldn’t keep it together anymore.

“No way,” said Bernadette, as the presenter was once again debilitated by his own laughter.

“Oh it’s a terrific name,” said the presenter, realising he had been laughing about a real person’s name.

Later on in the show, at the end of Bernadette’s run, the giggles came back for Bradley.

During her final chance to escape the Chaser and make it to the final, Bernadette was asked a literary question, but before she could find out if she had given the right answer, Bradley erupted in laughter out of nowhere.

“’Three Men on the Bummel’, it’s just too much this show, innit?” he said.

The Chase airs on weekdays at 5pm on ITV.