As it always does, The Conners tackles intense and poignant issues with love, humor, heart, perseverance and family. Wednesday’s back-to-back episodes, “An Old Dog, New tricks and a Ticket to Ride” and “A Fast Car, a Sudden Loss and a Slow Decline,” revolving around Becky’s sobriety are no different. After previously quitting cold turkey, the Conner sibling relapsed in her ongoing struggle with alcoholism. Speaking with ET, Lecy Goranson breaks down her character’s arc, which sees her headed to rehab, working with Laurie Metcalf and what she hopes audiences get out of watching Becky’s ups and downs.

“My instinct kind of said that with COVID and everything that’s gone on this year and reading a lot of articles and talking to my friends who have children that I kind of intuited that Becky wouldn’t be able to kind of keep it together with her sobriety,” Goranson says upon learning about Becky’s recent arc, which actually started the previous week during “Money, Booze and Lies,” when she had a glass of wine during dinner with her old friend, Mike (Darien Sills-Evans). 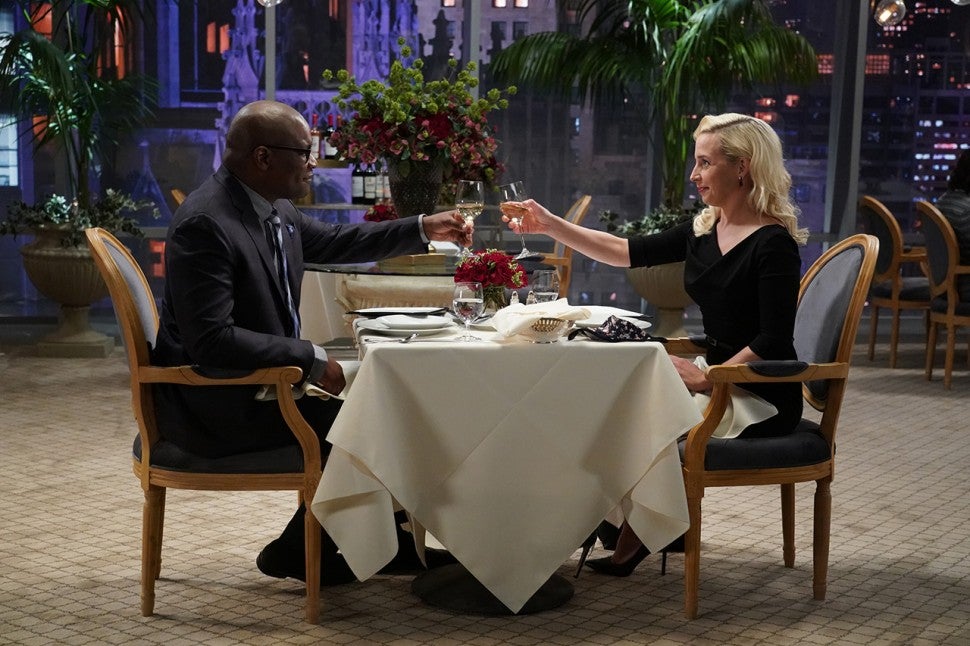 And it’s that lie that soon spirals out of control and she later becomes overwhelmed with working double shifts while attending community college and not seeing her daughter, Beverly Rose, as much as she would like. Despite initially feeling positive about turning things around, “she feels like she’s too far behind,” Goranson explains. “She is a single mother. She’s working all the time. And she’s just been playing catch up for a long time.”

It doesn’t take long before Becky is at the laundromat sipping on a bottle of booze, upset about her situation before she later passes out drunk in bed leaving Jackie (Metcalf) to take care of Beverly, who has come down with a fever.

And it’s Jackie who calls Becky out on her drinking, refusing to let her near her daughter until she sobers up. In one intense moment, Jackie slams her niece up against the fridge in order to prevent her from driving off, and that’s when Darlene (Sara Gilbert) and Dan (John Goodman) jump in.

“That was a life-altering moment for her,” Goranson says of the emotional scene, especially for Becky and Jackie. “They’ve had a bond lately on the show. Becky and Jackie’s relationship has really grown, I think from working together at the Lunchbox. They have a pretty fun relationship most of the time.”

She adds, “It’s a testament to their relationship, because I think that they’re real with each other.”

Eventually, a tearful Becky agrees to go to rehab, with Darlene and the rest of the family promising that money will not be an issue nor will helping her take care of Beverly Rose, whose safety is everyone’s main priority.

“Her daughter really is the biggest factor in Becky’s life, she’s certainly the most important thing,” Goranson affirms, revealing that Becky feeling like she can’t provide for her or not be “a great mom to her” is “really at the core of her sorrow.” 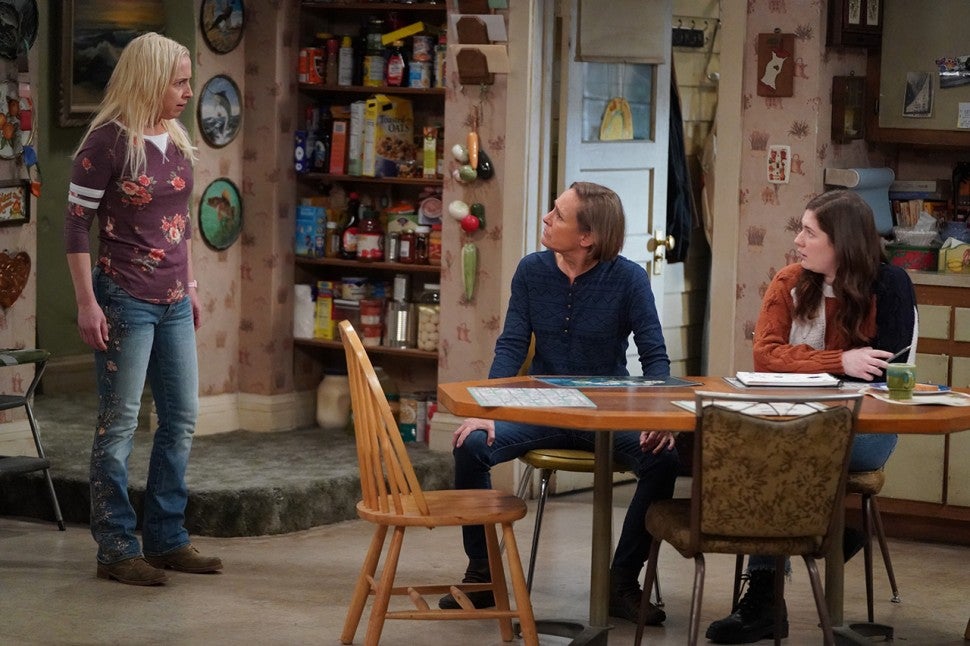 With season 3 of The Conners quickly coming to a close, what will this mean for Becky? Next week, her absence will be felt at work as she enters rehab. While Goranson can’t reveal too much about her character’s ongoing battle with alcoholism, she does remind us that “Becky’s pretty stubborn.”

“The idea of just blindly joining into anything is something that she is going to resist, and also the notion of being away from her daughter is very difficult,” the actress says. “She wants to be close to her and not leave her because that’s part of the whole point of when she was working so much that she was away. And a big thing for her was having to choose to be a mother or have a career, which is something that all women who are mothers struggle with.”

When it comes to filming these last few episodes, Goranson admits that it has been really difficult. “When I would go home from rehearsal during those weeks when we were shooting, I felt sad,” she explains. “I love Becky. I’ve been with her for a long time.”

But she credits the show’s writers for the way it was handled. “It was really powerful. I thought it was very realistic and very tragic,” she says.

The Conners airs Wednesdays at 9 p.m. ET/PT on ABC.