The second episode of season 8 of The Curse of Oak Island hits our screens tonight, and with Rick and Marty Lagina emerging from quarantine, it seems that the Fellowship of the Dig is finally back together.

After their plans for the year were thrown into disarray thanks to the spread of the coronavirus, it seems the guys have decided to attack the island with renewed vigor and determination.

Last week we learned that a small team of the guys had remained on the island during most of lockdown. The unfortunate crowd stuck on the island included Doug Crowell, Laid Niven, Steve Guptill, and Ian Spooner, who made use of the time by continuing their search.

Doug had spent a long time looking through the old notes belonging to Fred Nolan and Dan Henskee, which means he discovered new areas of the island that should be searched. With the rest of the team now safely on the island, they can finally proceed with these plans.

For this week’s episode, the History Channel states that:

Out of quarantine and ready for action, Rick, Marty, and the team unearth hard evidence of a centuries-old tar kiln, suggesting significant industry happened on Oak Island long before the discovery of the money pit.

The preview seems to confirm this, as it shows David McGinnis telling the Laginas that the structure they found last week “goes all the way back to 1500.” Archaeologist David McGinnis was introduced to us last week as a descendant of Dan McGinnis, the man who discovered the Money Pit way back in 1795.

Last week, David was put to work on uncovering a mysterious structure discovered at Lot 15, not too far from the Money Pit area. So far, he believes he’s unearthed an old tar kiln, which could be a sign of major construction happening in the area.

And he also thinks there might be a tunnel underneath, which would confirm a theory Doug had that there’s a tunnel stretching from Lot 15 to the Money Pit.

In the preview, we also saw Laird Niven say to the guys it could be used in “the construction of the money pit.” It’s not clear exactly what he was talking about, but it sounds very promising and certainly piqued Rick’s interest.

Possible ‘find of the year’ tonight!

The preview also showed the normally unassuming, pragmatic, and not prone to wild exaggeration Steve Guptill announce that a find is “historically important” and that it might be “the find of the year.” No small feat if it’s Steve saying it. 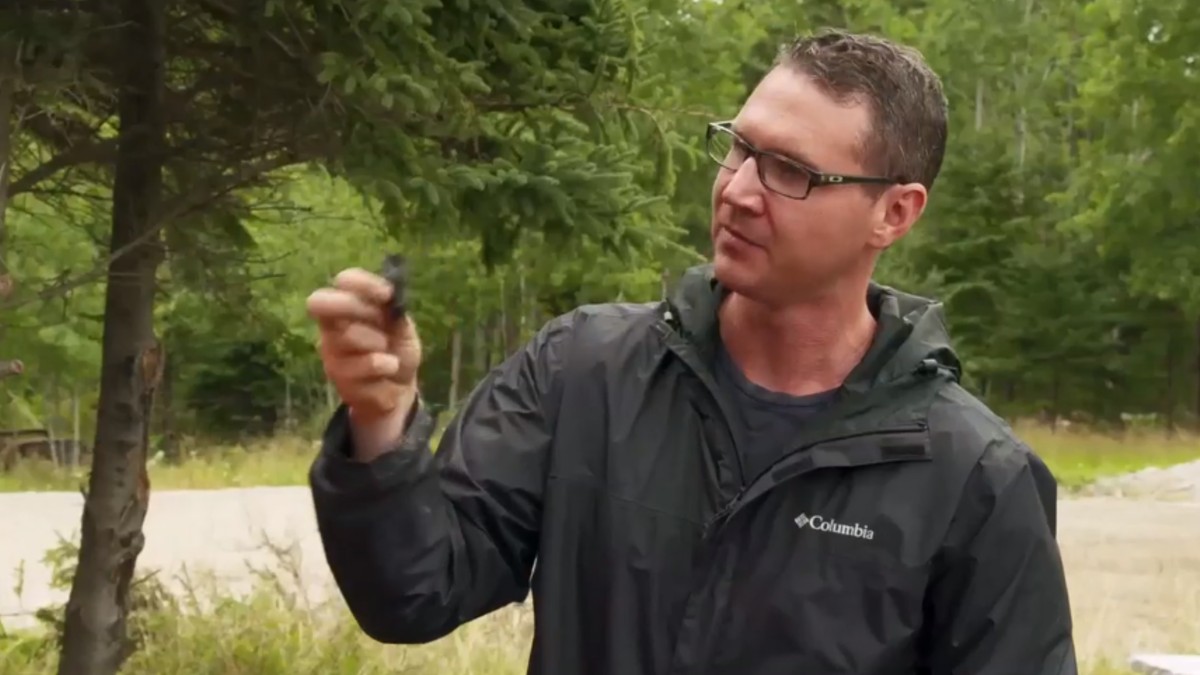 The Curse of Oak Island airs at 9/8c on History.